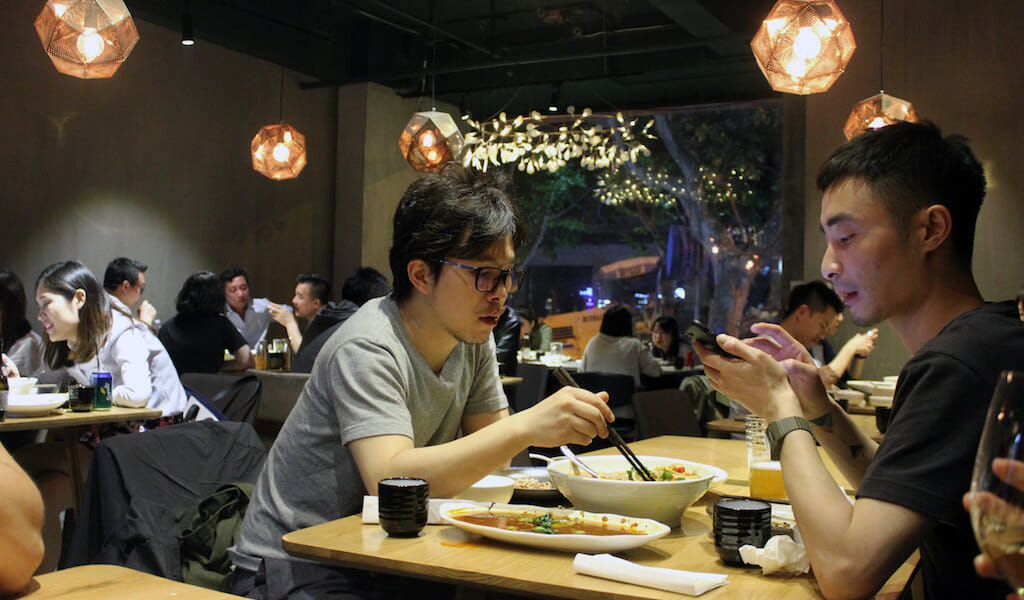 Sichuan cuisine is famous for its mouth-numbing, spicy flavors, but what many people don’t know is that the provincial cuisine is subdivided into several specialty subregional cuisines. One of our favorites is Xiaohe Sichuan cuisine, which hails from the cities of Zigong, Luzhou and Yibin in the province’s southern region.

Originally famous for its salt mining, the Xiaohe (which means “small river”) region is now perhaps best known for the Zigong Dinosaur Museum, a monumental museum built over a dig site that’s had an incredible number of dinosaur finds. But the local cuisine – renowned for being spicy and creative – is worth exploring. 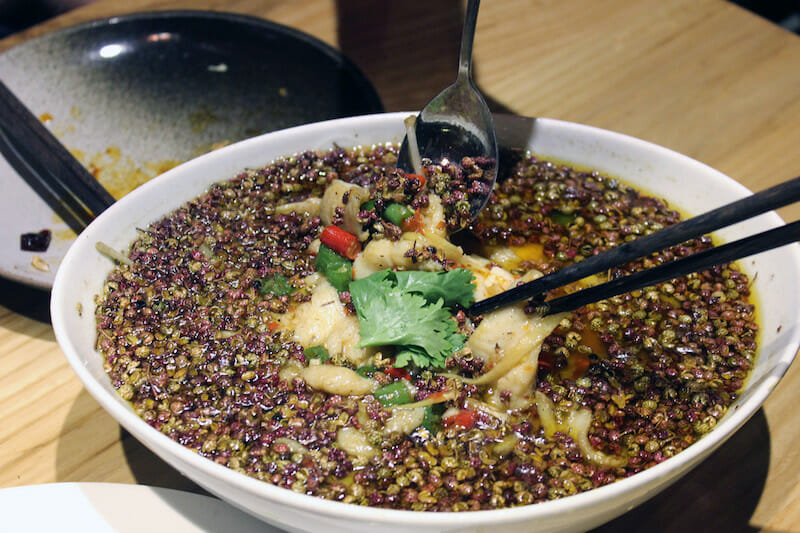 If you can’t make it to the Xiaohe region, the next best thing is to visit Shanghai’s Ben Lai. When it first opened, it was one of the only Xiaohe-focused restaurants in the city. To set itself apart, Ben Lai made the decision not to sell dandan mian, the most famous of the Sichuan noodle dishes and a staple of another subregion: Chongqing-style Sichuan cooking. Instead, at Ben Lai you can (and should) try the noodle’s lesser known cousin: yibin ran mian (宜宾燃面). Created in the city of Yibin, these noodles translate as “kindling noodles,” a nod to their spiciness. Ben Lai’s version pairs super thin wheat noodles with spicy minced pork, pickled vegetables and crushed peanuts, and is our bet for the best version of the noodle dish in the city.

The tongue-tingling capabilities of Zigong’s specialty spicy fish are in a league of their own.

Along with the noodles, Zigong’s specialty spicy fish (自贡大麻鱼 Zìgòng dàmá yú) is on every table. Dishes like this are prefixed with “Zigong” to denote the regional specialty and also to showcase dishes you cannot get at most other Sichuan restaurants in town. Made with two types of Sichuan peppercorn (green for numbing, red for fragrance) and two flavors of Sichuan peppercorn oil, slices of oil-poached Chinese longsnout catfish set mouths abuzz for the full meal. It’s not dissimilar to Sichuan’s more famous oil-poached fish (水煮鱼Shuǐ zhǔ yú), but it’s tongue-tingling capabilities are in a league of their own.

Zigong is also famous for their rabbit, and you’ll find that on the menu too – either as a cold spicy appetizer (自贡特色冷吃兔 Zìgòng tèsè lěng chī tù); a spicy grilled rabbit leg chopped on the bone (香辣兔腿 Xiāng là tù tuǐ); roasted then shredded with ginger and peppers (手撕烤兔 Shǒu sī kǎo tù); or the whole body chopped up in a spicy stew (自贡鲜锅兔 Zìgòng xiān guō tù). Also on offer is mapo tofu (tofu set in a spicy sauce) with pig brain (麻婆猪脑豆腐 Má pó zhū nǎo dòufu). Don’t be put off by the ingredients – the creamy texture of the brain blends perfectly with the soft tofu and balances the spices beautifully. 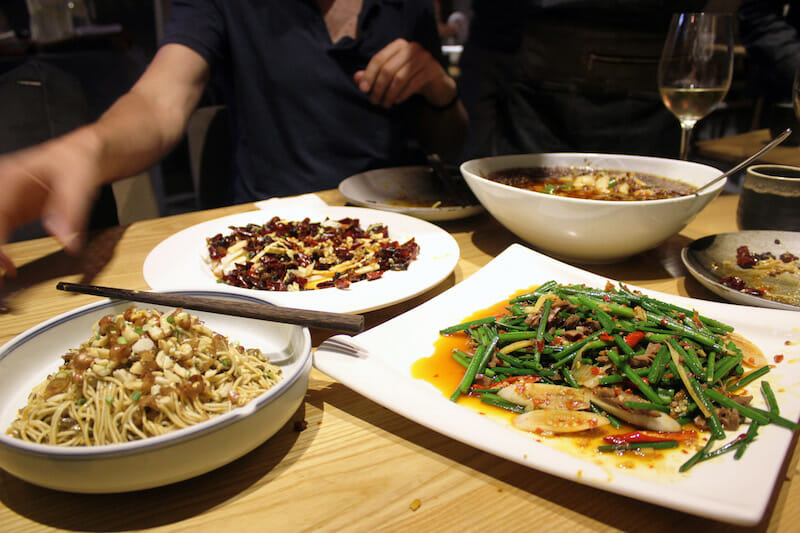 While the food is traditional, the restaurant is as modern as they come. They have more than 50 craft beers from all over the world on offer, including the rarely spotted Alagash from Maine, and a decent wine list. If you have WeChat, you can scan into the inevitable queue and pop into one of the many bars on nearby Jinxian Lu for a drink while you wait for a notification that your table is ready.

And in early 2018, Ben Lai followed in the footsteps of other successful Shanghai restaurants: they opened a second larger location inside a mall to cement their reputation. Called Ben Zhen, the restaurant has the same exact menu, just with more beers on tap, fancier digs and takes reservations. But even if you reserve well in advance, you’ll still likely queue for a few minutes at the bigger space for a taste of Sichuan’s Xiaohe cuisine – it’s just that popular. 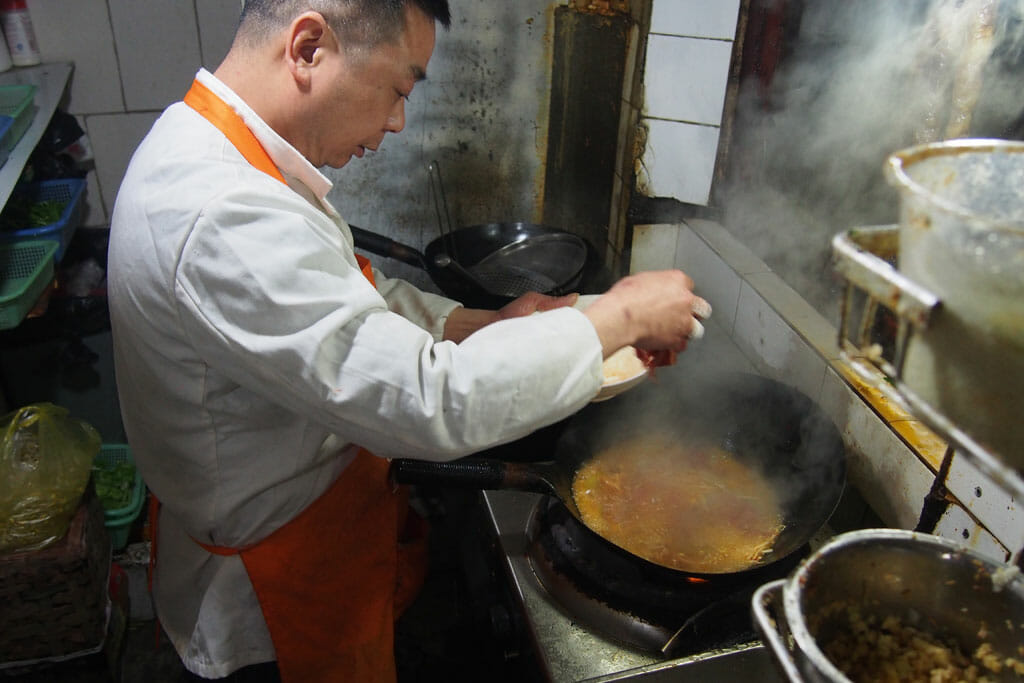 Shanghai | By Kyle Long
By Kyle Long
ShanghaiEditor’s note: We regret to report that La Weixian has closed. However, Mr. Liu is now running a private kitchen out of his apartment. It was Mr. Liu’s huge grin that first caught our eye, welcoming us into his humble, living room-sized restaurant. Scanning the small space, we suspected we had hit upon a gem:… 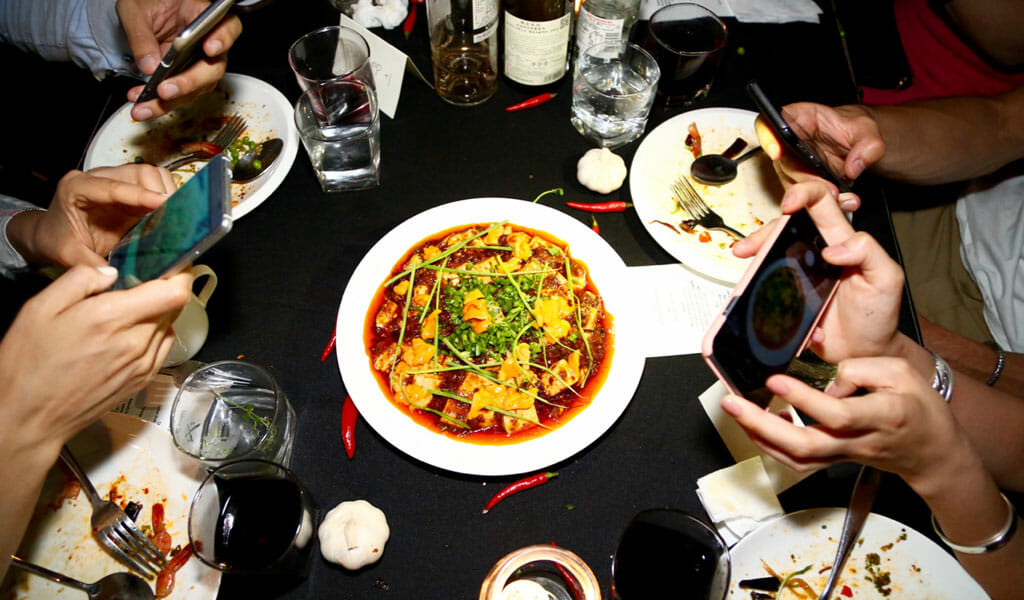 Shanghai | By Jamie Barys
By Jamie Barys
ShanghaiWhen you’re in the capital of Sichuan province, snacking is a way of life. Noodles made of bracken, wheat, eeickpeas, mung beans and more, as well as tofu puddings and dumplings, make up the city’s “small eats” (小吃, xiǎochī) scene, served from what’s colloquially known as “fly restaurants.” A step above street food, these family-owned…
Ben Lai & Ben Zhen