In the Former French Concession, Duck Fit for an Emperor | Culinary Backstreets 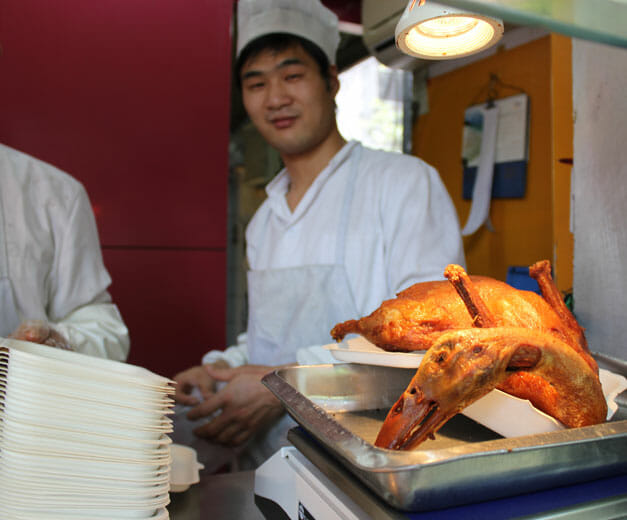 Some people argue that it’s not KFC’s secret blend of 11 herbs and spices that makes their fried chicken so successful, but rather the cooking technique. Deep-frying the chickens in a pressure cooker saved on oil and time in the 1930s, making the crispy bone-in chicken a feasible option for fast-food chains. Until this new gizmo became popular, the fast-food industry was almost exclusively made up of quick-serve burgers and fries.

But more than half a century before the Colonel started pushing his fried chicken to hungry travelers along U.S. Route 35, China had already recognized the merits of pressure frying. Ducks are endowed with a thick layer of subcutaneous fat, which not only keeps them warm while swimming but also makes them more buoyant – and, of course, undeniably delicious. The high temperature reached in pressure frying pushes the fat out of the duck, rendering it less greasy and also expelling water from the skin to ensure the crispiest outside layer possible. 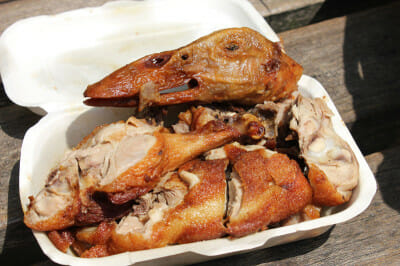 This cooking technique, known as explosive roasting (爆烤, bàokǎo), first became popular in Beijing during the Qing Dynasty, around 1866, but reached its peak in 1894, when it was served at Empress Dowager Cixi’s 60th birthday feast. Li Lianying, the head eunuch (and later suspected imperial murderer), was tasked with finding Beijing’s most famous dishes for the party and added the duck to the menu, where it was so admired that it was given a royal name: Wan’s Exploding Roasted Palace Duck (万字爆烤皇宫鸭, wànzì bàokǎo huánggōng yā). Being included on the royal dining registry meant that the dish was forbidden to be served outside the imperial dining room, and the shop outside the palace was forced to close to the plebes.

Luckily, times have changed, as the queue outside Palace Duck in Shanghai’s former French Concession makes clear. Despite the dish’s royal history, the stand is only an oil-smudged window next to a malatang shop, and all the ducks are taken to go. When you receive your order in a paper container and plastic bag, the fryer will warn you to leave the bag open so the duck can breathe – otherwise the steam will wilt the crispy skin before you make it home. 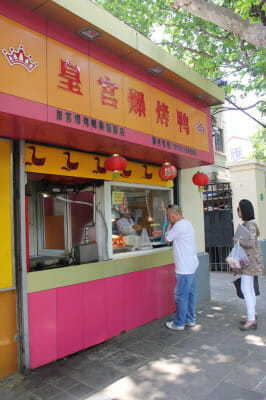 Palace Duck only has one pressure fryer, which can only hold eight ducks at a time. Considering that the whole birds take nearly half an hour each to cook, it’s no surprise that you have to line up for the pleasure of tasting it. Hand-chopped to order on a thick stump of a cutting board, the duck is sold by the half or whole and will only run you 18.80 RMB per 500 grams (斤, jīn). Unlike at many other roast duck restaurants, the pressure-fried version here is served sans condiments. That’s because the family’s secret recipe requires the ducks to be marinated for ten hours in a mixture of over 40 herbs and spices, infusing the meat with more than enough delicious flavors long before it sputters in the pressure fryer.

The next time you have a dinner party, grab a whole duck to go, and you’ll reap royal praise the Colonel could only dream of. 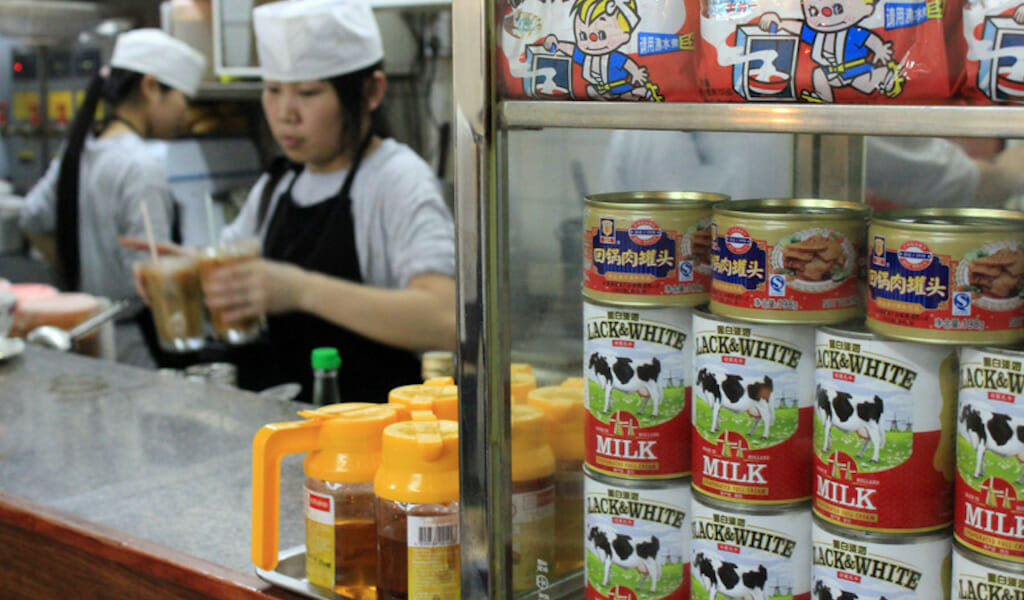