Eating for Health When Autumn Comes to Shanghai | Culinary Backstreets 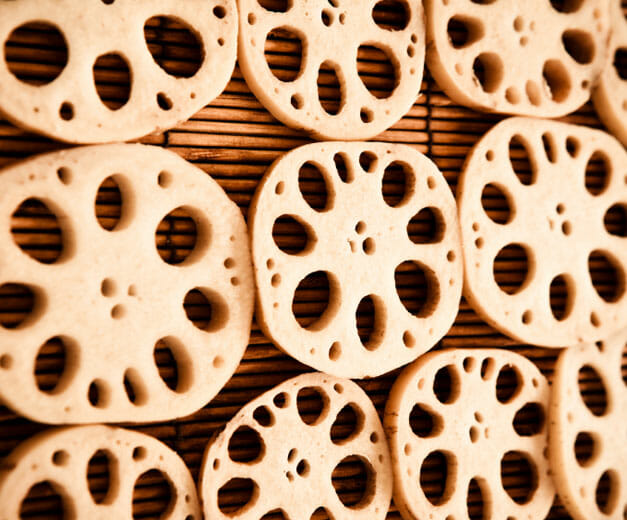 Autumnal Eating in Shanghai: A Little TLC from TCM

When the seasons change from summer to winter, your body requires different foods to stay healthy – as anyone who has come down with a fall cold can attest. Traditional Chinese Medicine (TCM) says that the changing temperatures result in a dry season, medicinally speaking, meaning that your body lacks fluids, affecting your lungs and throat, as well as your digestive systems. Autumn is also a chance for you to build up your body’s immunity before the harsh winter. Nourish yourself with these foods now, and you’ll be thanking yourself when winter sets in.

Duck Soup
Thanks to its yin-supporting characteristics, duck is a great meat to eat during the fall months. We love eating duck here at Culinary Backstreets, but if you’ve got a dry cough, you’ll want fowl soup to cure what ails you. Head to Da Dong, the Peking duck emporium famous for its cooking technique, which results in less fatty duck – lean meat is important this time of year too – and once they’ve sliced off 108 pieces, you can either take the carcass home to make your own duck broth or ask for the duck soup made on the premises. Duck is also beneficial for your skin, another advantage for those who get dry and flaky during the fall and winter months.

Lotus
The white, hollow lotus root is high in vitamin C and other trace elements, helping to promote immune function. The seeds of the plant are also said to prevent dryness, making the whole plant a great addition to your autumn table. Head to Shouning Lu and order it spiced and grilled on skewers, or tuck into hotpot with ginseng herbs and the healthy root at Elixir Healthpot for a double whammy of the cold-busting nutrients. 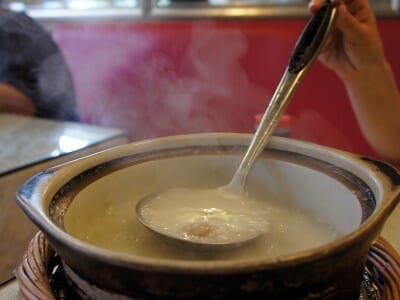 Congee
Nothing warms you up from the inside out like a steaming bowl of congee, and since it’s basically a blank slate of rice porridge, you can add more immune-boosting ingredients to the dish. Try the sweet pumpkin zhou at Wangji Chaozhou Shaguo Zhou. The orange squash is an earth element, which helps balance the “metal” elements that are associated with lung and digestive problems, and it’s packed with vitamins A and E, helping moisturize dry skin.

Fall Fruits
Seasonal eating is an important part of TCM all year long, so do yourself a favor and take advantage of all the fruits that are harvested this season. Pears, apples and pomegranates are excellent for your health, and if you cook the former two, they can help prevent and treat dry throats and coughs. All three are good for the digestive system. Look for the ubiquitous pomegranate juice vendors on street corners throughout the former French Concession or at the Friday Muslim Market, where the fruits come from the bountiful desert oases in Xinjiang.

(top photo by ©iStock.com/MmeEmil, above photo by UnTour Shanghai)