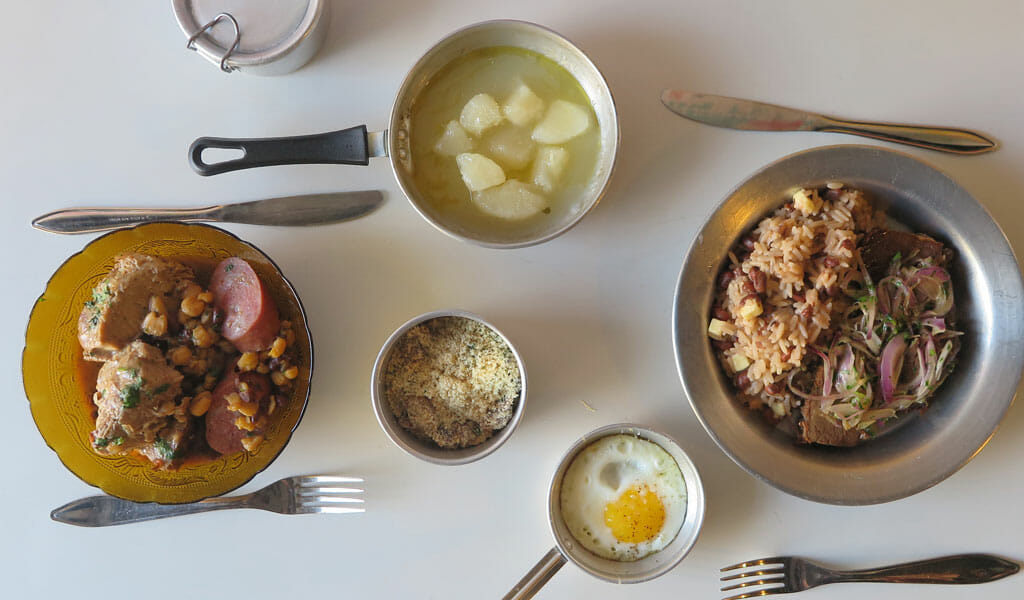 The calango is a tiny lizard commonly found in the hottest, driest and poorest parts of Brazil’s Northeastern countryside, and in popular culture, the calango is also a symbol of hunger. Someone who eats calango is driven to do so because he has nothing else to eat. Thankfully, at Kalango there’s plenty to eat.

Kalango (the “K” is for chef Kátia Barbosa, owner also of Aconchego Carioca) is a spartan botequim, or small gastropub, located near downtown that serves the specialties of Brazil’s Northeast states. This comida sertaneja, as it’s called, is very hard to find in Rio. And with the magic touch that Barbosa and her partner, Emerson Pedrosa (former sous chef at Roberta Sudbrack, a recently shuttered Michelin-starred restaurant), give to their cooking, we would say it’s practically impossible to find anything comparable in the city.

At Kalango, the kitchen turns out such rarities as mungunzá. This Northeastern porridge is made with white corn, milk, sugar and cinnamon and is traditionally eaten as a dessert. But at this botequim, it is offered as the delicious accompaniment for carne seca, or shredded dried beef. More typical, but equally rich, is the carne de sol com baião de dois, a substantial, soft sundried meat filet that comes with an exquisite bowl of rice, beans, cheese and tiny pieces of pork. We also highly recommend the “hot dog,” which is made from goat. 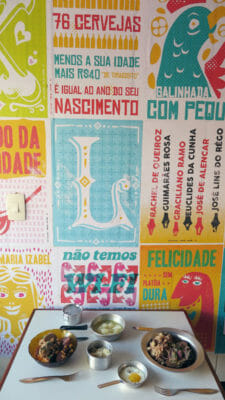 Like the menu, the interior of the eatery is a tribute to laid-back Northeast culture. All the walls are covered with colorful sometimes funny, sometimes poetic posters. “Today every diet is forbidden,” says one. “We DO NOT have wi-fi!” proclaims another. Plates, forks, knives and spoons don’t match by design, and the lamps in the ceiling are made from upcycled buckets.

Barbosa and Pedrosa come from Northeastern families, and for them Kalango is a chance to share with others the foods and memories they grew up with – memories like the corn bread rabanadas, a kind of sweet Portuguese toast filled with caramel and topped with tapioca sauce. It’s the most popular dessert served at Kalango, and it’s absolutely delicious and absolutely Brazilian. 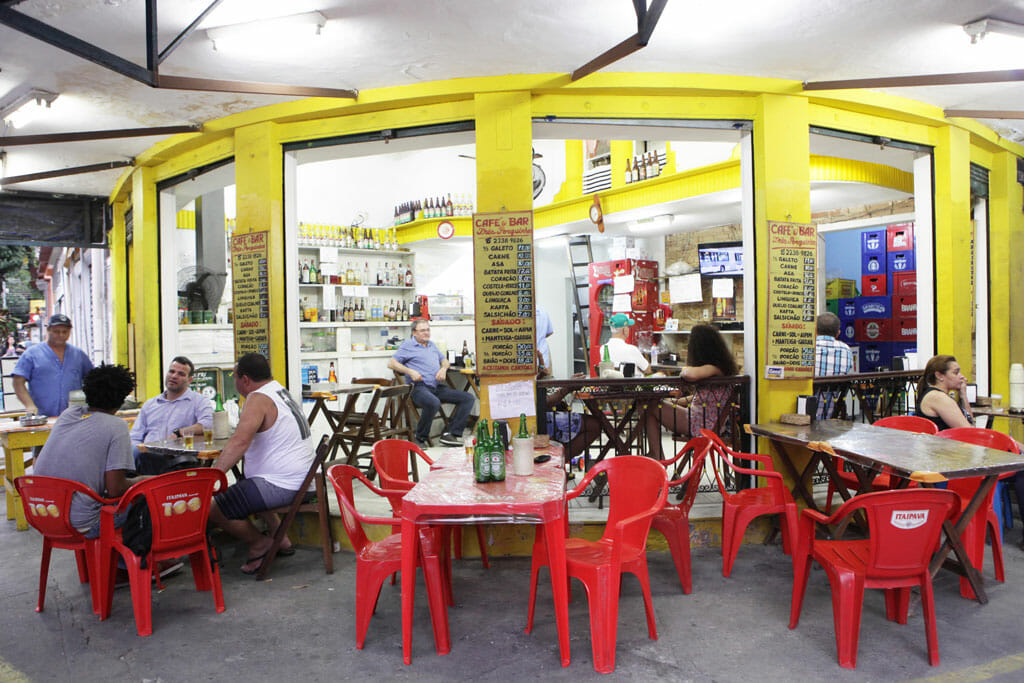 Rio | By Juarez Becoza
By Juarez Becoza
RioOnce upon a time, three brothers decided to immigrate. They left their hometown, an extremely poor city called Canindé, in the northeastern state of Ceará, went to Rio de Janeiro and started working in construction. They built a lot of brick walls, ceilings and roofs. Then, after two years of hard work, they decided to open… 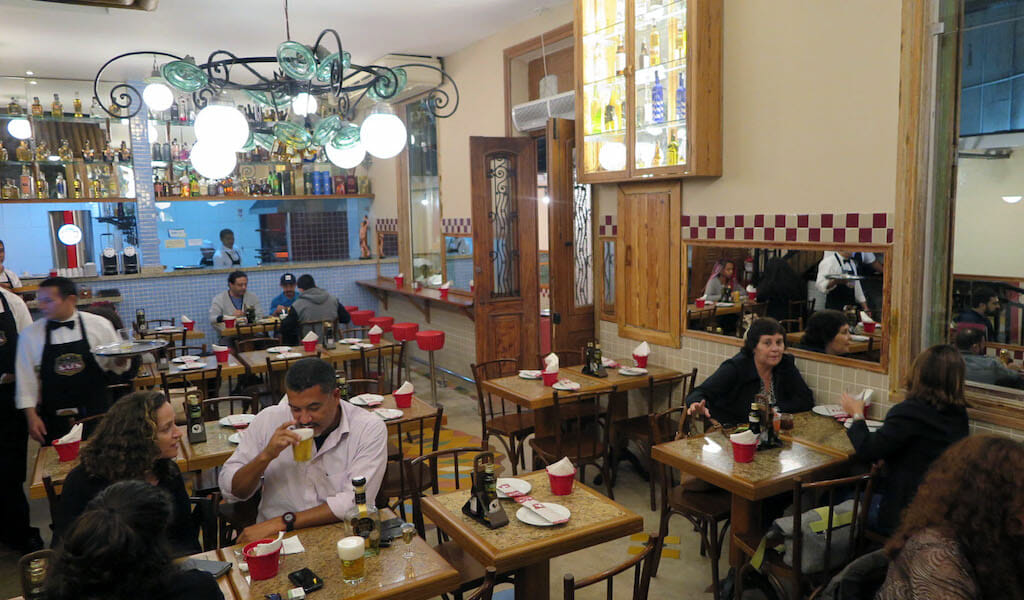 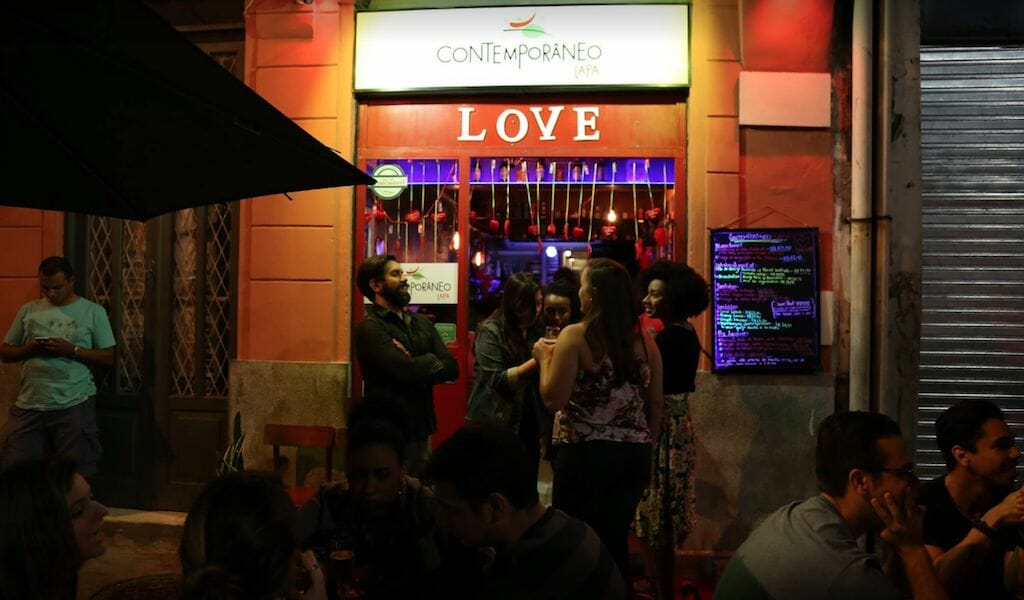