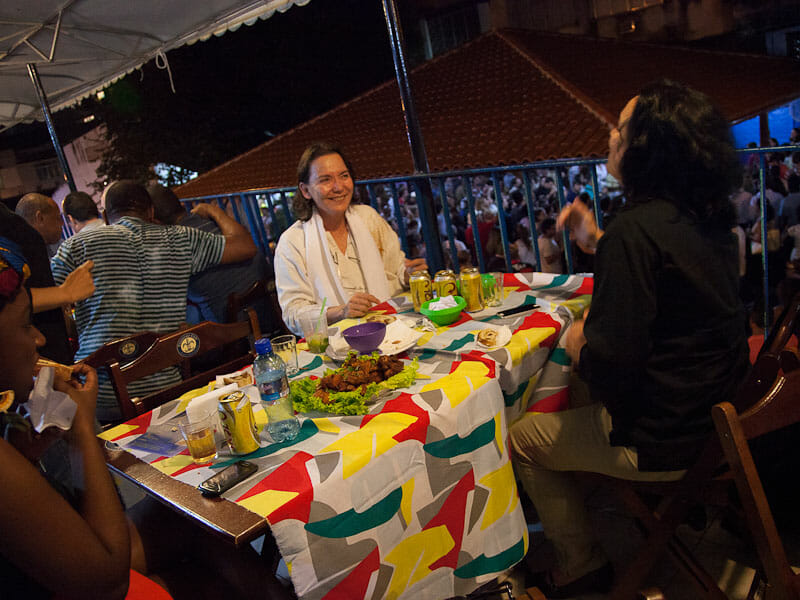 In the middle of the last century, upwardly mobile Afro-Brazilians were vexed by the city’s segregated social scene. Even as they became lawyers and doctors and had the purchasing power to buy into some of the city’s finer establishments, the social clubs of the city, where a carioca could dance, play sports and mingle, would turn a cold shoulder to them. Black professionals hardly wanted to shell out money to face discrimination.

That’s when Renascença Clube – “Rebirth” – came about. Middle-class Afro-Brazilians started their own social club, first in the blue-collar neighborhood Meier in 1951. They rented the best orchestras in town to see if anyone would come to their bailes. “They said, ‘Our club, despite being founded by blacks, will have no prejudice. Come all,’” recalls Daniel Silva, Renascença’s current vice president. 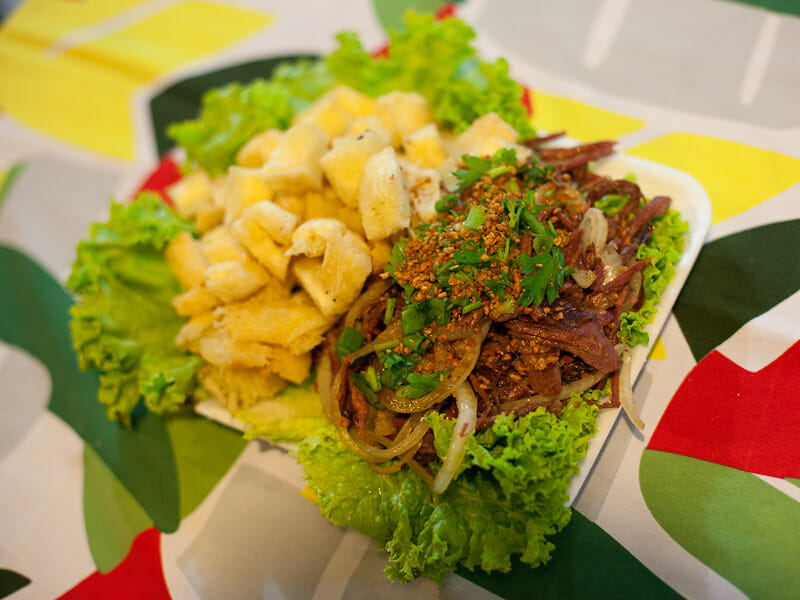 The boom for Renascença came, Silva said, after a number of black women representing the club began to place highly in the state’s beauty pageants. That culminated with the victory of Vera Lúcia Couto dos Santos in 1964 as Miss Guanabara (Guanabara was then the name of the state of Rio de Janeiro). Ms. dos Santos came in second place for Miss Brasil in the same year.

The club moved from Meier to a larger location in Andaraí, also in Rio’s north zone, in the 1970s, and filled its schedule with dances and samba. White cariocas saw what a good time was being had and began to join the fun, with notable faces including journalist Sérgio Cabral, the father of the current Rio governor of the same name, and João Saldanha, a radio sports commentator who would sign off his programs by saying, “I’m going to Renascença.” 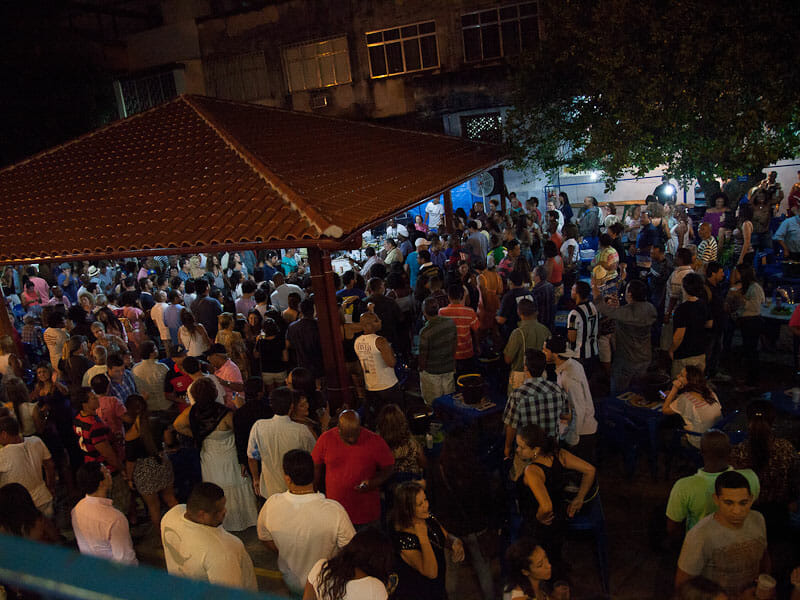 On a black asphalt floor under a partial tile-roof covering, performers gather around a central elevated table on Mondays, Fridays, Saturdays and Sundays, while clients choose from a limited but well-prepared selection of Rio bar foods. The frango a passarinho, chicken legs and wings with crunchy garlic bits, and aipim com carne seca, yucca fries with strips of dried beef and juicy onions, are served on paper plates meant to be whisked away from the kitchen’s balcony and shared with tipsy friends near the bandstand. The kitchen also serves meat- and cheese-filled pastéis, fried pockets, and caldo de feijão, a black bean soup popular with cariocas out for a night on the town. Many clients opt just for the generous icy bucket (balde) with 10 beers.

The best night for Renascença is, odd as it would seem, Monday. Sambista Moacyr Luz founded the now wildly popular Samba do Trabalhador, or “Worker’s Samba.” He meant for it to be a casual get-together for the sambistas who had worked all weekend long playing late-night shows around town. But as working non-musical Brazilians started to pack out the club on Mondays – Renascença averages 1,200 attendees on Monday nights – the word “worker” took on a second meaning, Silva said. Even he can’t believe how many people show up for the after-work samba, still in their suits and ties.

“This shocks me. A guy works downtown until 6 p.m… on that damned day, Monday, that hangover day. And he still has it in him to go out more,” Silva said. “I don’t know how to explain how this happened.”

Sounds to us like a great way to kick off the week.

Rio | By Taylor Barnes
By Taylor Barnes
RioIn the middle of the last century, upwardly mobile Afro-Brazilians were vexed by the city’s segregated social scene. Even as they became lawyers and doctors and had the purchasing power to buy into some of the city’s finer establishments, the social clubs of the city, where a carioca could dance, play sports and mingle, would… 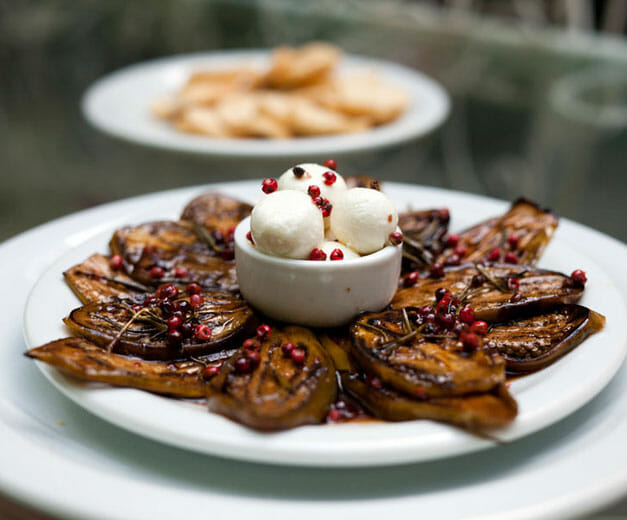 Rio | By Taylor Barnes
By Taylor Barnes
RioThe Praça da Bandeira, an area of Rio that until recent years was mostly known for prostitution and cheap inner-city housing, is rapidly changing. Lying in the shadow of the massive Maracanã Stadium – built for the 1950 World Cup and the planned location of the opening ceremony of the 2016 Summer Olympics – it… 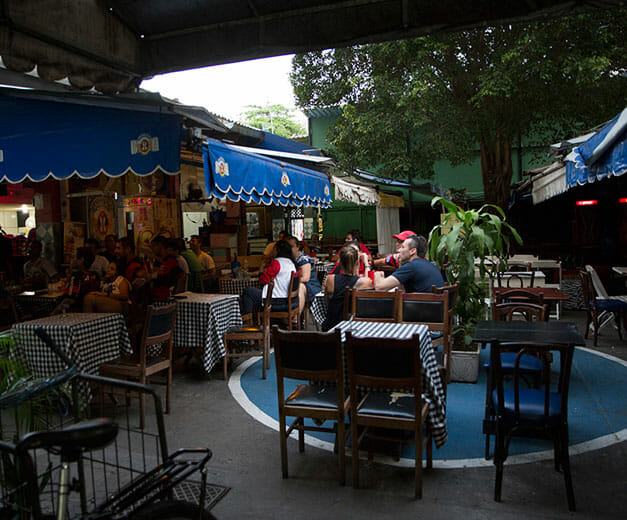 Rio | By Juarez Becoza
By Juarez Becoza
RioBrazil is relatively young – it declared independence from Portugal in 1822, and the first republic was established in 1889 – but in comparison, Rio de Janeiro is an old city: In 2015, it will celebrate its 450th birthday. The city has seen a great deal of history unfold over the centuries, and many sites…