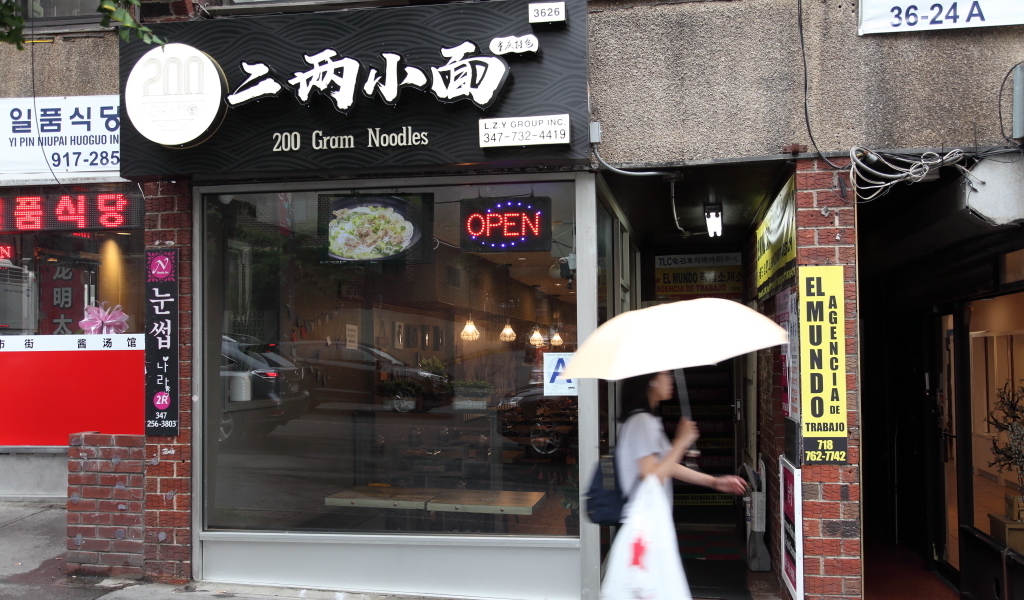 On the streets of Chongqing, no menus are needed. From that southwestern Chinese city near Sichuan province, a beribboned snapshot – which hangs beside the table where we speak with Tingting Li, the chef and a partner of 200 Gram Noodles, in Flushing, Queens – helps tell the story.

The snapshot depicts an outdoor noodle stall, where customers at short plastic tables are perched upon even shorter and surely precarious plastic stools. Knees bend toward chins. In this setting, customers simply call to the noodle-maker from their seats; a standard order is “200 grams.” 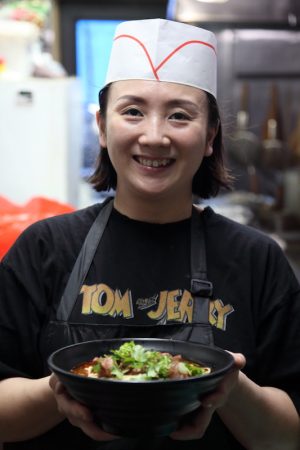 Ms. Li, who worked at a noodle restaurant in Chongqing before becoming a salesperson, moved to Flushing three years ago, in her mid-30s. Almost immediately she missed those noodles, which in the Chinese name of her restaurant are called xiǎo miàn. “Small noodles” would be an overly literal translation. “Small as in simple,” explains them better, she tells us (in Mandarin; one of her two business partners translates to English). Eating them is a “very casual thing” back home. “No big deal… like you brush your teeth.”

Finding them in New York, however, was another matter. To re-create the “local flavor noodles” that would evoke her previous home, Ms. Li transformed herself into Chef Li. She resumed, in earnest, practicing the lessons of Jing Luo, the proprietor and well-known chef of the Chongqing noodle restaurant where she once worked – her “teacher.” In fact, culinary lessons are still passed down from teacher to student, via Skype.

In 2018, Chef Li and her partners launched Rolling Yummy, one of the many street-food vendors that serve the large community of Chinese students attending Columbia University, in Morningside Heights, Manhattan. Food trucks and carts, of course, offer little elbow room, certainly not enough for bulk noodle-making during the between-classes lunch rush. Rolling Yummy relies instead on a rice steamer, and serves a rice-centric menu.

Noodles, to be sure, are the restaurant’s reason for being.

Xiǎo miàn had to wait till the opening of a brick-and-mortar restaurant, early in 2019. The dining room of 200 Gram Noodles is long and narrow, not unlike the configuration of a Chongqing alley, but protected from the elements, and with the welcome substitution of sturdy tables and chairs for rickety plastic.

The bill of fare is certainly more extensive, too. A table of four can order a full and varied meal; a solo diner might nibble on pot-stewed duck necks, wings and feet, or leave room for a quivering brown-sugar-jelly dessert. But noodles, to be sure, are the restaurant’s reason for being. 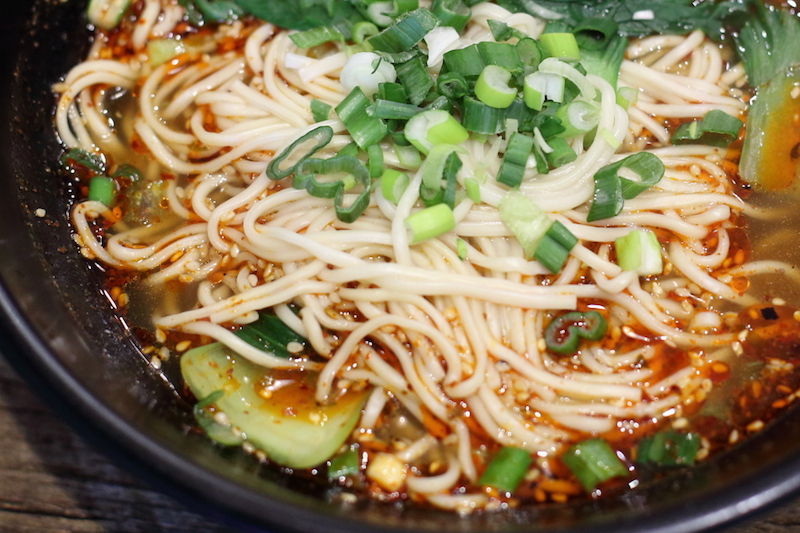 Customers in the know are welcome to fine-tune their orders. Chef Li can prepare noodles “Chongqing spicy” on request, but, by default, the noodle dishes are prepared with less oil and less chile than back home because “we want everyone” to be able to enjoy them, she says. For all but the natives of this southwestern Chinese city, moderation is wise. Chongqing spicy is very spicy, and, from the array of charming glazed crocks at each table, more chile heat can always be added.

Chef Li, of course, has access to many more seasonings in her kitchen, at the far end of the dining room. For a seemingly simple order she combines more than a dozen, then portions out a tangle of ready-to-cook wheat noodles – “a little more than 200 grams.” Meat and produce are purchased in Queens, but Chef Li imports most other ingredients from Chongqing, because “we want to keep [the] original flavor.”

Although modest in appearance, a bowl of xiǎo miàn quickly sets lips and tongue a-tingle. The noodles themselves claim special attention; they’re delightfully chewy, and just at home in Flushing as they are in Chongqing. No big deal. 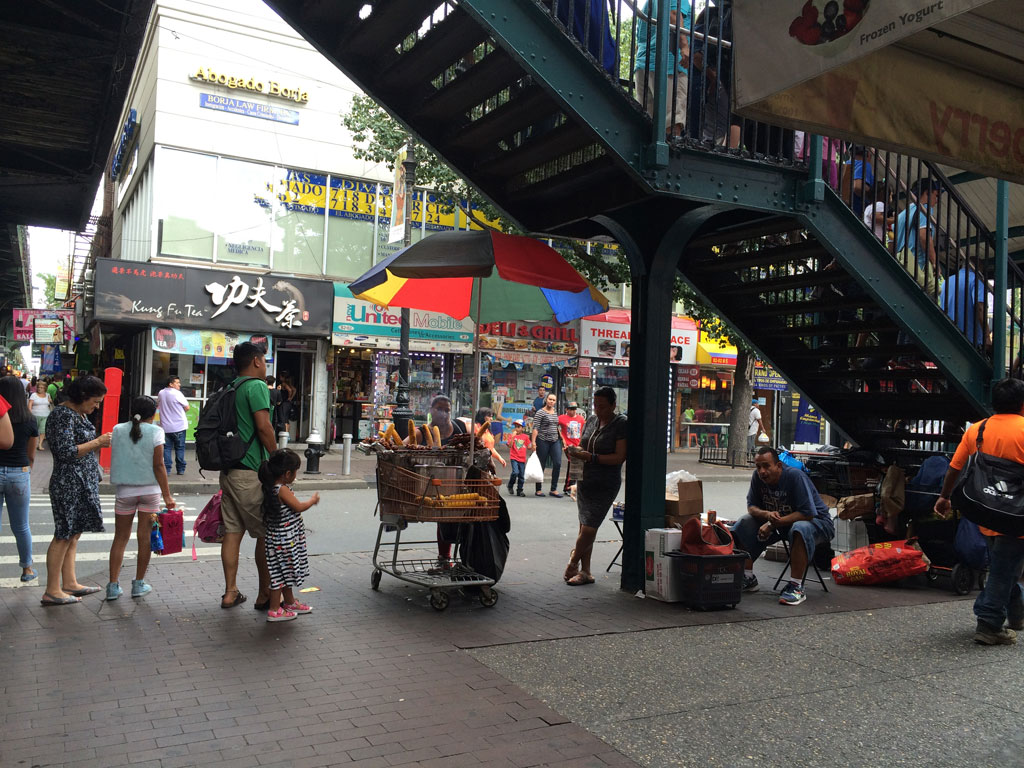 Join our culinary walk for the quintessential tastes of Queens.

Queens | By Culinary Backstreets
By Culinary Backstreets
Queens -- Queens may be home to diverse communities representing almost every country in the world, but if there’s thing that unites many of these immigrants it’s Roosevelt Avenue, a 5.8-mile corridor that runs east/west underneath the elevated tracks of the 7 subway line. Running through neighborhoods with some of the highest concentrations of immigrants… 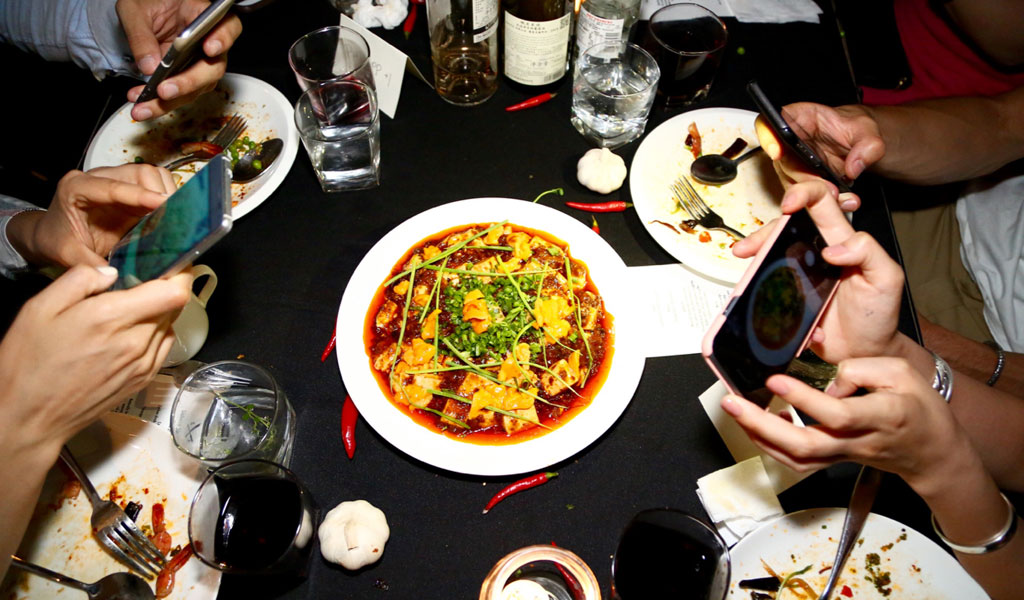 Shanghai | By Jamie Barys
By Jamie Barys
Shanghai -- Whether we’re heading to Sichuan province for a little culinary vacation or just looking for the best bowl of dan dan mian in the city, there’s one person we call for dining recommendations: Jenny Gao. Born in Chengdu and raised in Canada, Gao’s family still lives in Sichuan, and since moving to Shanghai… 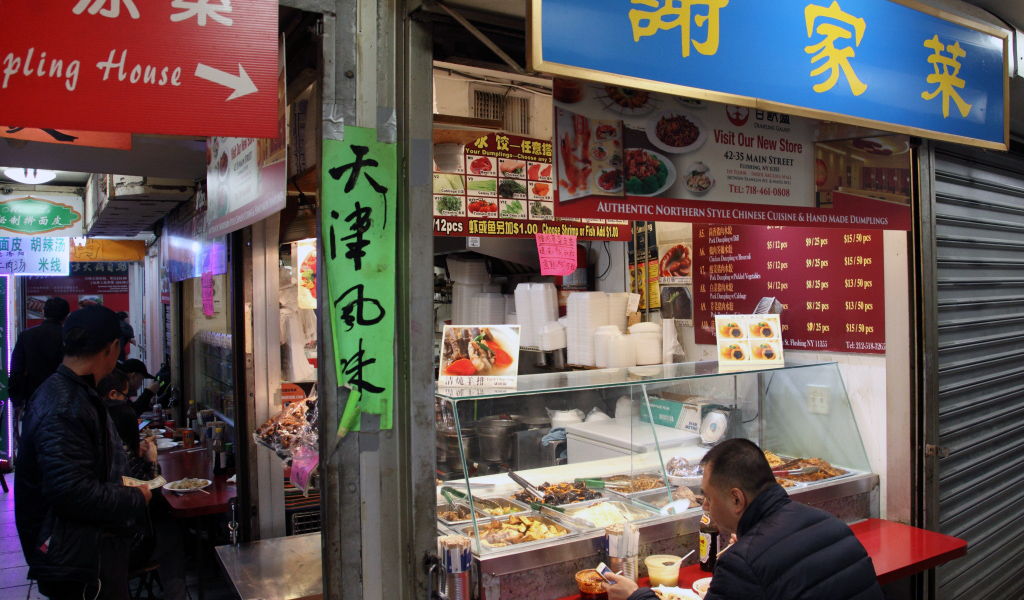 Queens | By Dave Cook
By Dave Cook
Queens -- Each year in late summer, some of the best athletes on the planet converge on Flushing Meadows Corona Park to compete in the United States Open Tennis Championships. In 2019, the U.S. Open begins with practice sessions and qualifier matches on Monday, August 19, and concludes with the men’s singles final, scheduled for…