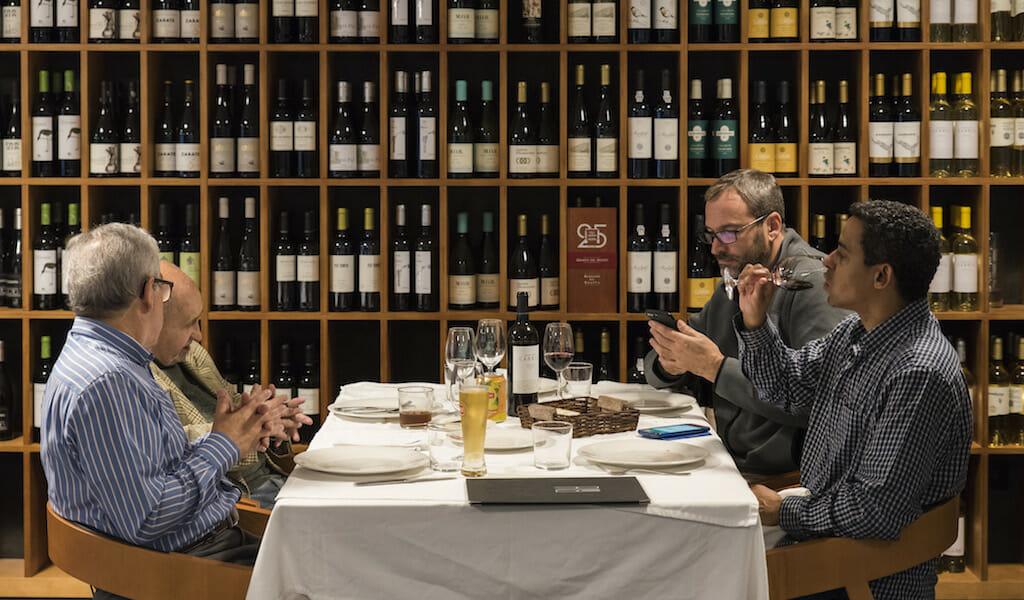 Rogério do Redondo: Old and Improved

We went looking for Rogério Sá at his usual spot – his restaurant, Rogério do Redondo – but we were told at the counter that he just went “down there” to get “something” and will be back in a minute. “Down there” is with the men who fish in the Douro River. “Something” turned out to be shad – two fine specimens of the fish, in fact. “It’s in season,” Rogério tells us when he arrives. We know that fresh fish is worth the wait.

The phone rings as we’re talking to Rogério, and he picks up. It’s someone calling for reservations – a party of six, and they’d like to pre-order the classic dish of rooster cabidela (where the meat is cooked in its own blood). “Let me talk to the cook to see if there’s any available, and I’ll call you back,” he says. At Rogério do Redondo, someone always calls you back; it’s what turns customers into friends.

Friends whom the owner calls by name when saying goodbye, together with a “see you tomorrow.” Friends who sigh, laying their feelings bare: “I missed this.” You see, Rogério do Redondo closed in 2015. But in early 2019, after some renovation works, including the installation of a Josper, a hybrid grill and oven, and a few phone calls to former employees and customers, Rogério reopened one of Porto’s greatest classic restaurants. 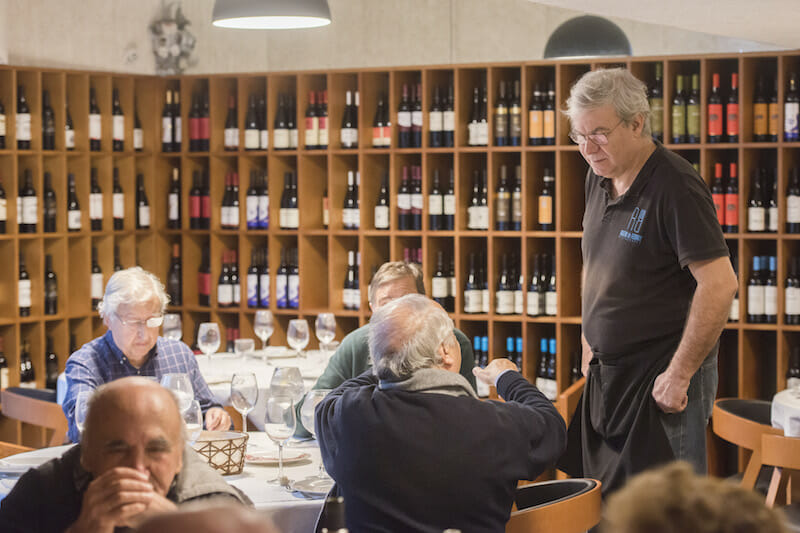 But this story begins more than 30 years ago. At the age of 24, Rogério worked in a wine warehouse in Porto, a family business that counted dozens of restaurants as customers. He was invited by the owner of one of these restaurants, Manuel do Redondo, to be his partner. Rogério took him up on the offer and breathed new life into the restaurant, eventually turning it into a destination for those who like hearty food. After four years, he bought out his partner and wrote his name on the awning at number 19 on Rua Joaquim António de Aguiar.

“We served lunch and snacks,” Rogério recalls, “but the snacks were things like pigs’ feet, octopus tentacles, veal sandwiches, ham, salpicão [a sausage made mainly of pork loin meat and cut into large chunks], chorizo, tripe.” It was not a place for light eaters, especially because all this food was accompanied by wine, lots of it. “We had 11 pipas [casks holding 500 liters of bulk wine] here, and there were days when we sold a whole pipa,” he adds.

Portugal’s entry into the European Economic Community changed consumption habits in the country – with the open borders, the Portuguese gained access to a wide range of new products. Things changed at Rogério do Redondo as well. “We got rid of the bulk wine and became a restaurant for lunch and dinner,” says the owner. But their love for substantial fare remained.

It was not a place for light eaters, especially because all this food was accompanied by wine, and lots of it.

For more than 25 years, Rogério traveled the country from north to south to select the ingredients for the restaurant’s dishes. “In the 90s, I went to Barrancos [in Alentejo] to get black pork, ham and black pork secreto [a piece of pork meat that is ‘hidden’ between two layers of fat], which were not eaten here yet, nor did we know what it was at the time. I was leaving here at dawn and returning at night,” Rogério recalls.

Once the restaurant reopened, Rogério went back to his old ways: He often goes to Vila Real de Santo António auction, in Algarve, to fetch seafood, crayfish and prawns at 4 a.m., bringing them back in time for lunch. He picks up potatoes in Bragança and Chaves, and even goes to Galicia, in Spain, to bring back the best pig heads and Asturian fava beans.

Such dedication to quality ingredients has borne fruit. Rogério do Redondo’s success is best measured by the restaurant’s many loyal customers, who come here almost every day and usually bring someone new with them. For these special clients, there is a treat at the table: a napkin embroidered with their name. “I recently had another 200 embroidered,” Rogério tells us.

It’s almost a miracle that this loyalty and goodwill remains, considering that Rogério was away from his restaurant for almost eight years. A job offer in Angola led him to sell the space in 2011 to one of his former employees, who destroyed two decades of trust in a mere four years. “He was an employee with a knack for serving customers, but he stopped going shopping himself and was not here all the time,” reflects Rogério, who believes that “a restaurant deserves a lot of attention.” 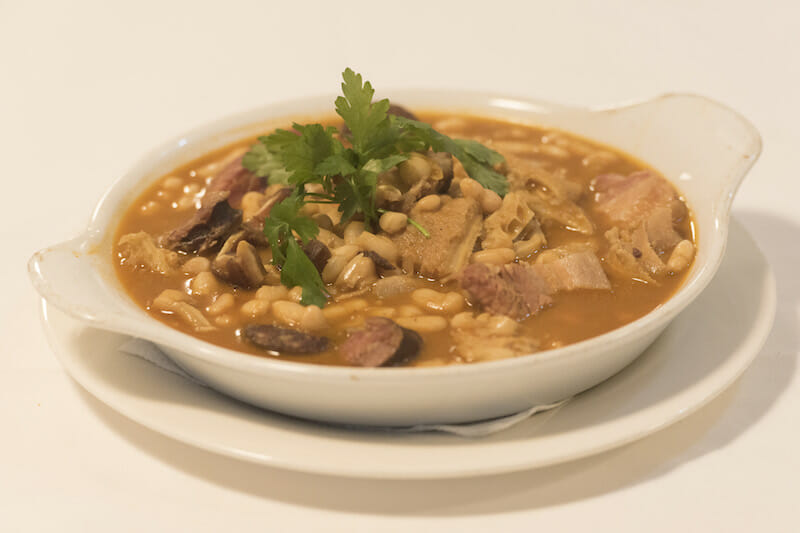 A phone call from the landlady – “If you want to return, the space is yours,” she offered – and a promise to keep the rent low enticed Rogério to return. And “it looks like it never closed,” he says. Fátima, his longtime cook, returned to the kitchen, and two other former employees came back onboard. The usual customers followed.

The wine is now served from one of the dozens of bottles that are stacked around the room, and the new charcoal-burning Josper oven cooks things much faster. But otherwise, everything else has kept the flavor of tradition. The most requested dish, simple as it may seem, is hake fillets with malandro, or tomato rice. Rogério explains the recipe and, in fact, there’s no big secret: “The hake is very fresh and cut, seasoned and fried on the spot,” meaning that it’s never refrigerated.

But there are more classics: Chispe [pig trotters] with red beans on Tuesday, tripe on Thursday and Saturday, baby goat on Sunday. And Portuguese stew when the homegrown pigs are ready for slaughter. The bad news? We have to wait until November for that, because most farmers only butcher swing in cold weather, which allows the carcass time to hang and cool.

At Rogério do Redondo, the cuisine follows the seasons and not the fashions. Located in an area far from downtown, and therefore from tourism, Rogério has high praise for the neighborhood of São Vitor, where “many stores, many houses are still the same. And the neighbors are also the same.” And this is reflected in the clientele, made up of mostly locals. As Rogério jokes, “maybe our cuisine is too strong for tourists.” 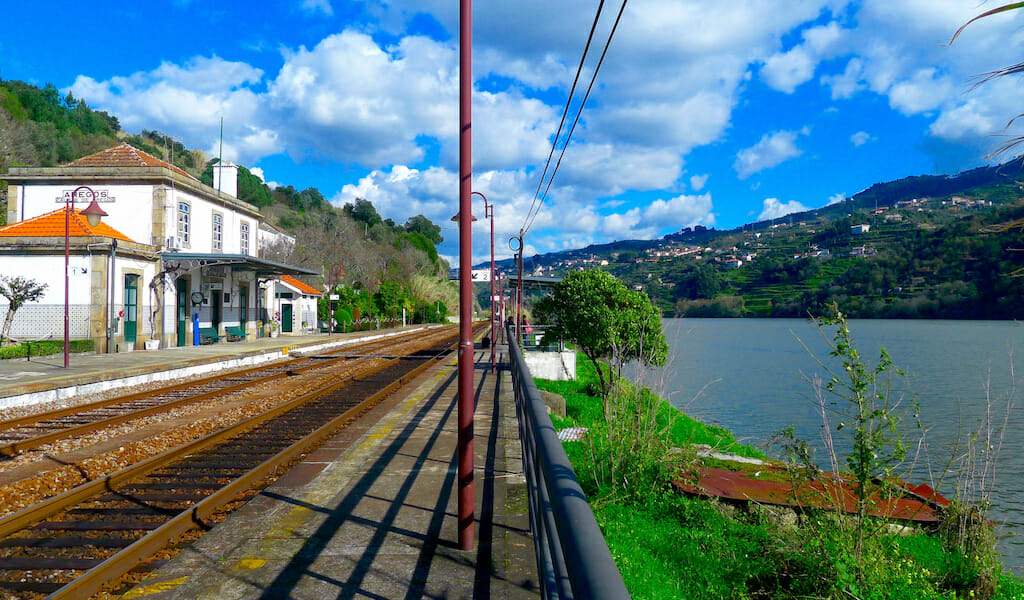 Porto | By Paul Ames
By Paul Ames
PortoPortugal’s great 19th-century novelist José Maria de Eça de Queiroz was ahead of his time in many ways, dealing with raw subjects like incest, abortion and priestly sex crimes in his books. Yet Eça de Queiroz, a renowned bon viveur, also peppered his writings with less controversial culinary references. In fact, one of his best-loved… 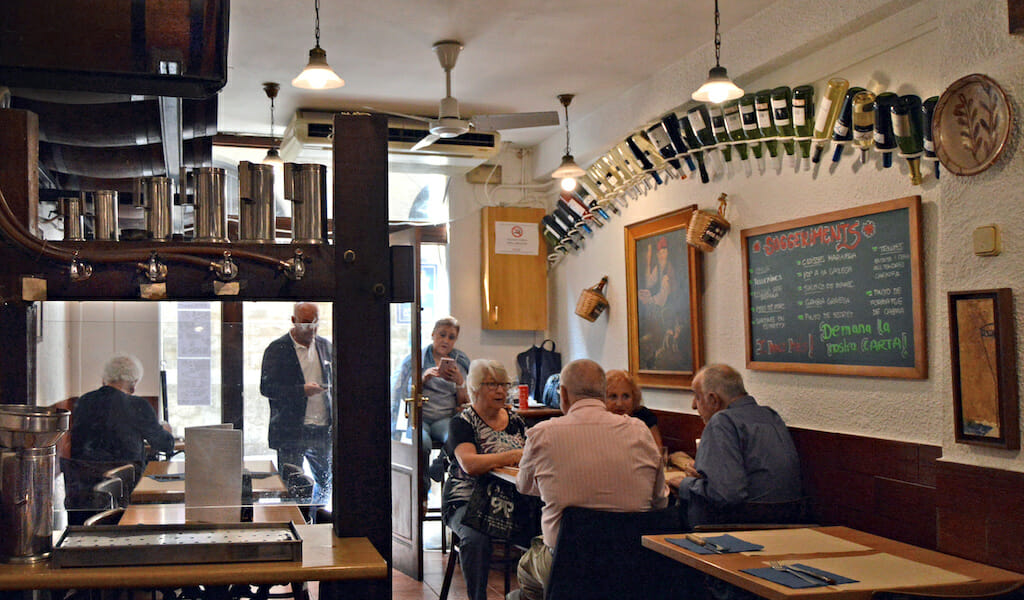 Barcelona | By Paula Mourenza
By Paula Mourenza
BarcelonaEditor’s note: We regret to report that Bodega Neus has closed. Bodega Neus, a tranquil, cozy spot on a narrow street in Gràcia, may look like a regular old bodega-restaurant. But this place, which is celebrating its centennial in 2017, merges two culinary traditions with deep roots in Barcelona: wine and seafood. In the beginning,…
Rogério do Redondo
Rua Joaquim António de Aguiar 19, São Vitor
Tel. +351 918 033 067
Hours: Tues.-Sat. noon-3pm & 8-10:30pm; Sun. noon-3pm