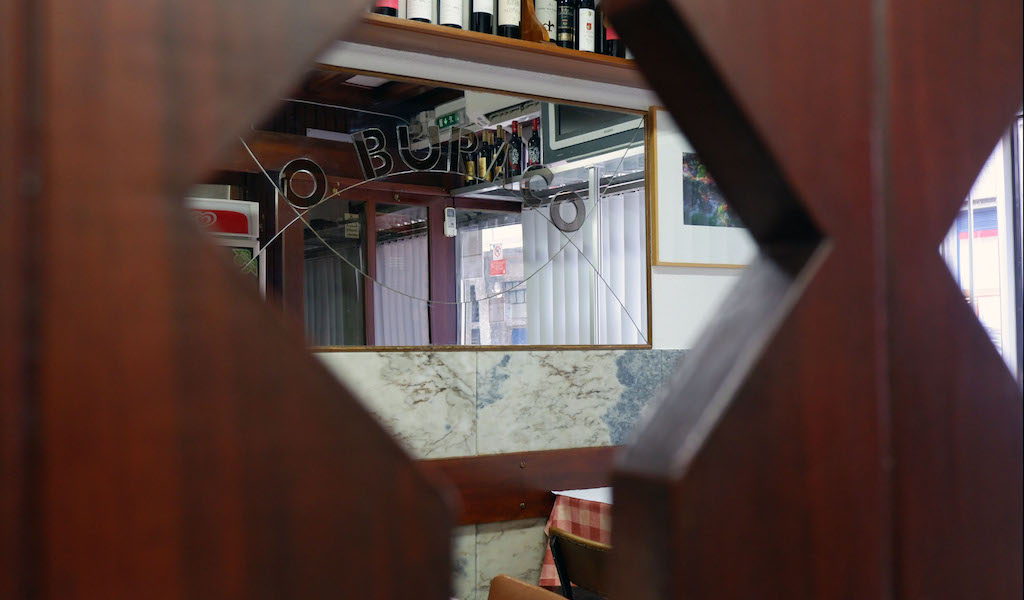 Manuel Azevedo and Francisco Moreira, now both in their 70s, have been friends since childhood. Such a close connection has afforded them the trust and togetherness required to run O Buraco, the restaurant in Porto that the duo have presided over like generals for almost 50 years.

In fact, it was right after completing his military service that Manuel, a native of Marco de Canaveses, a city within the greater Porto municipality, came to Porto proper in search of work. “I picked up the newspaper, saw the ad, applied and was hired as a waiter,” he tells us. On February 4, 1971, he entered O Buraco (“The Hole”) for the first time; he hasn’t left since.

In 1976, after working at the restaurant for five years, Manuel took over the place and brought on Francisco to help him run it. And so their professional partnership, buttressed by years of friendship, was born, with the former commanding the troops on the upper floor of the restaurant, and the latter captaining the ground floor and the kitchen. 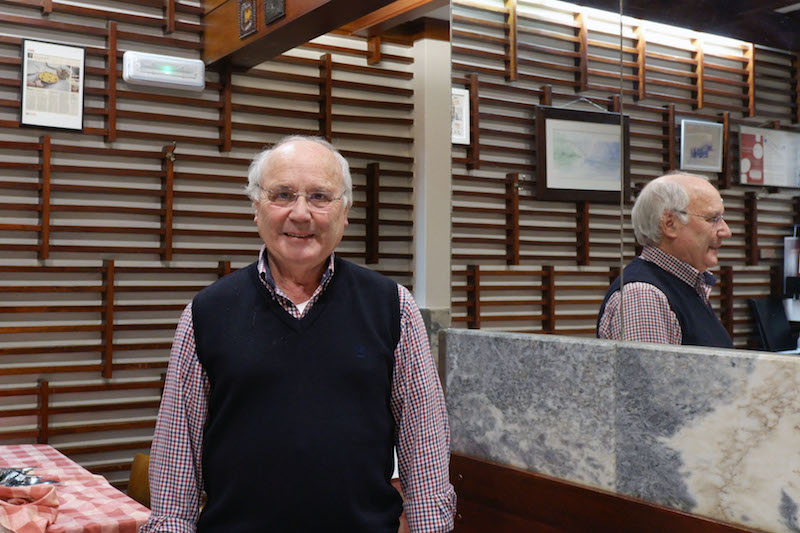 And so almost 50 years have passed in a restaurant that is “a little well known,” Manuel modestly concedes, although the distinctions and awards that have piled up on the window and walls of O Buraco speak of greater success. “We built a very good business – people have always liked our food and service. Word spreads and so it went. And so it continues to be. Fortunately, we are doing very well,” the owner finally admits.

To say that word has spread would be an understatement – O Buraco is consistently recommended as one of the best spots in Porto to try down-home Portuguese food. As for why that’s the case, Manuel has some ideas. “Because of the way people are treated here,” he says, “and because we have not changed anything. How we prepared food 48 years ago is how we prepare food today. It is the same way of cooking the small sardines with beans and rice, and the pataniscas [salt cod fritters], always made with fresh fish that comes, obviously, from Matosinhos. We continue to put the same traditional dishes on the table: our tripas à moda do Porto [tripe stew], feijoada and rojões à Buraco [Buraco’s take on this fried pork dish].”

And don’t forget the desserts, which are simple and what portuenses expect: pudding, chocolate mousse, Buraco’s famous carrot cake and more.

We don’t know if we should call the people who eat here “customers” or “friends.” We’re leaning toward the latter since so many are called by name and have deep family ties to the restaurant – their grandparents and parents used to come here often.

“They already know that what we put on the table and the way we treat them is always the best.”

“These people come here, sit down and don’t even look at the menu. They say,‘Mr. Manuel, Mr. Francisco, bring me whatever you want,’” Manuel says. “They already know that what we put on the table and the way we treat them is always the best,” he adds. And, it must be said, what they serve is in generous portions, a common practice in Porto, and at very cheap prices – so cheap that the tourists can hardly believe it.

“You know, we’ve dedicated a lot to this. And we were very lucky both with the employees we have and with everything and everyone around us. It’s the customers who have made O Buraco,” Manuel says. This is confirmed by the drawings, the tributes, the newspaper clippings, and even the poems (“To the customer, my friend: Come here / Drink moderately / Pay honorably / And leave amicably / Go home quietly”) that cover the walls.

The restaurant is right in the center of Porto, surrounded by hotels and shops, buses ferrying residents to and fro and people hustling up and down the street. It accepts no reservations and is so full that getting even ten minutes of Manuel’s attention has taken quite a bit of work. On Saturdays, Sundays and holidays, the restaurant is closed. At all other times of the day, it is a mad rush until midnight. 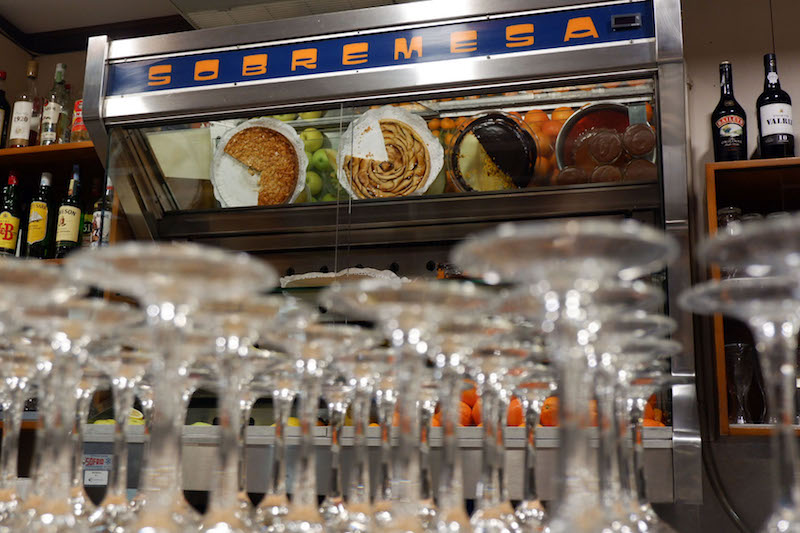 However, Manuel does not see the business staying in the family. “You have to waste a lot of time here and really like it,” he says. His can easily work 15-hour days, between preparing, serving, tidying and going next door to the Bolhão Market to look for fresh ingredients.

It’s the same for Francisco, whom we chat to briefly as he walks indoors, his arms laden with bags as if he’s going off to battle. He commands the kitchen, which is staffed by his wife and five other employees. But he has a surprise for us: the famous rabanadas (fried slices of bread dipped in eggs and milk, similar to French toast). It’s not Christmas, when rabanadas are normally eaten, but O Buraco easily serves up six or seven dozen of this traditional sweet every day. “They always run out,” Manuel says.

If you want to be part of this group of satisfied friends (for that’s what we’ve decided they are) with a full belly, hurry up to O Buraco. While old buddies Manuel and Francisco still love what they do, 50 years of hard restaurant work will burden even the strongest commanders. 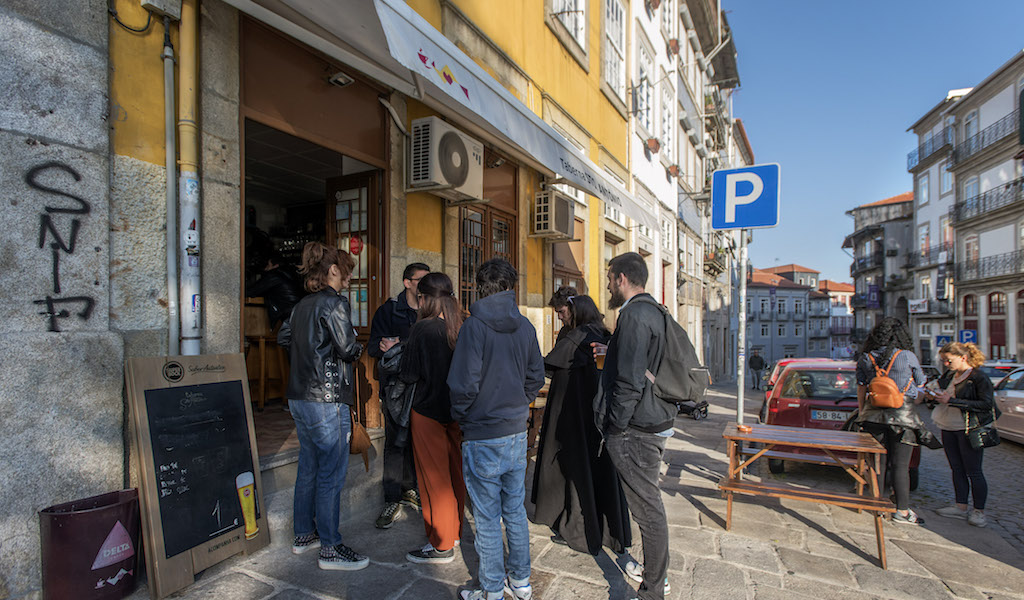 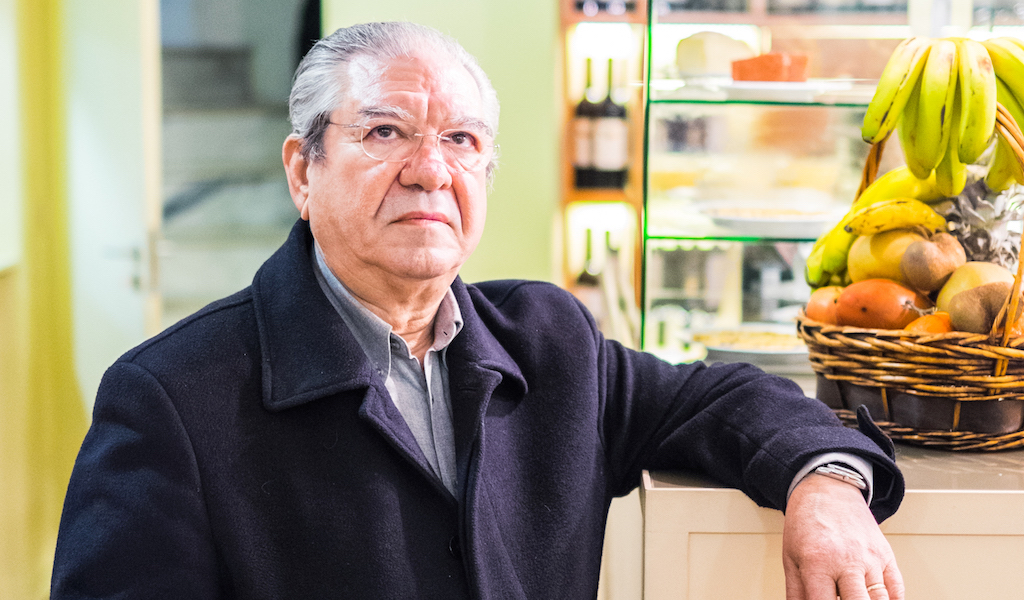 Porto | By Tiago Pais
By Tiago Pais
Porto -- “Where to eat in Porto?” Google search this sequence of five words and a multitude of articles listing restaurants and eateries will naturally come up as a result. Some of those suggestions – the trustworthy ones, at least – will mention Casa Nanda. It’s a fair choice: Casa Nanda is, indeed, one of… 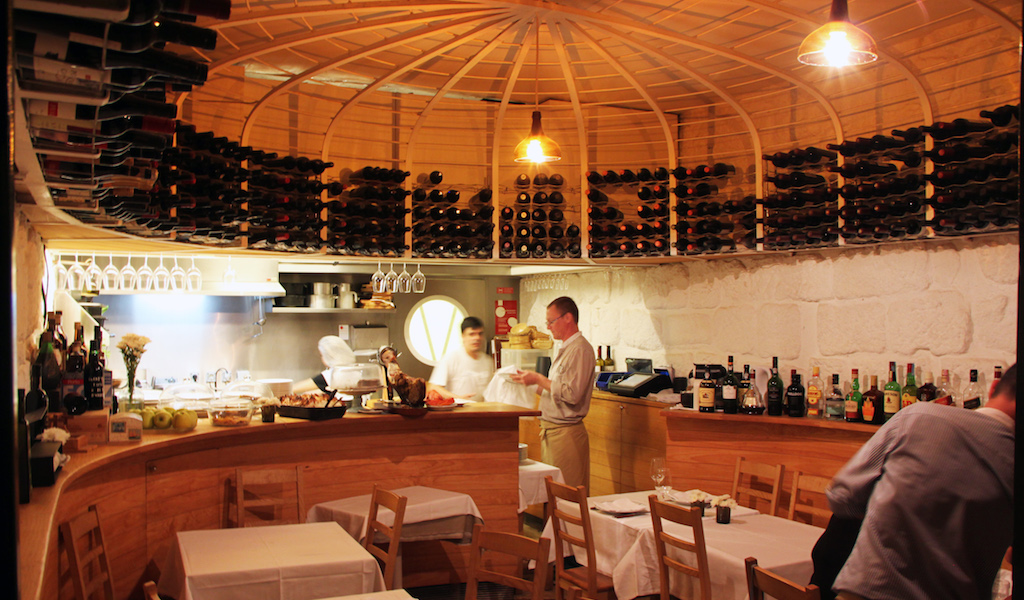 Porto | By Cláudia Brandão
By Cláudia Brandão
Porto -- After being named Best European Destination in 2017 and earning a few other tourist distinctions, there’s no doubt about it: Porto is trendy. But what’s trendy is also in Porto, and those who live here see new restaurants pop up every week. We try them all – places both bold and familiar –…