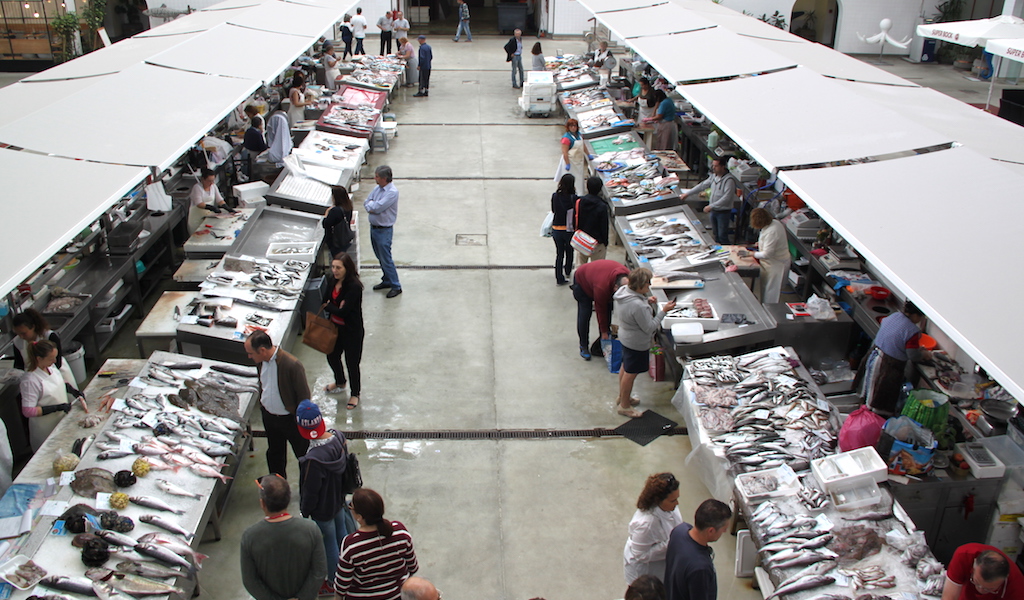 Matosinhos, a small city just north of Porto, is used to change.

It has an industrial air to it, due to its 19th-century harbor, and its past prosperity was connected to the fish-canning sector, which peaked during World War II and declined from the beginning of the 70s. The numerous abandoned warehouses attracted nightlife during the 1990s, with clubs finding a fertile zone for noise.

The completion of the long-delayed tidal pool, built by Portugal’s starchitect, Alvaro Siza (who was born in the city), put it firmly on the map again after the project was delayed for decades. In January, the launch of the new, spiralling cruise ship terminal added to the contemporary design-y feel that has been developing on its otherwise rugged coastline.

Today, Matosinhos has an updated promenade with cafés and restaurants that face the ocean, but behind that maintains a seafaring soul. A few factories are still canning the several thousand kilos of fresh sardines that arrive daily from the nearby port (or cities such as Aveiro, Peniche or Figueira da Foz) and that are mainly exported to the US. And the tradition of selling and consuming fresh fish is still very much alive in the local market and restaurants.

The market, with its combination of old and innovative, is emblematic of Matosinhos’s plans for the future. Located in a protected building, the industrial modernistic structure is made of concrete and housed under a peculiar parabolic dome. After a renovation in 2008, the market has seen a change in dynamic. There are still plenty of fishmongers (traditionally a profession for women here) in the main ground-floor area, with live animals as well as fruit and veg sold on the upper level. These traditional parts of the market now coexist with new modern cafés and a sushi bar, as well as a design incubator managed by the Caldas da Rainha school of art and design (ESAD), home to several ateliers and a co-working space upstairs. 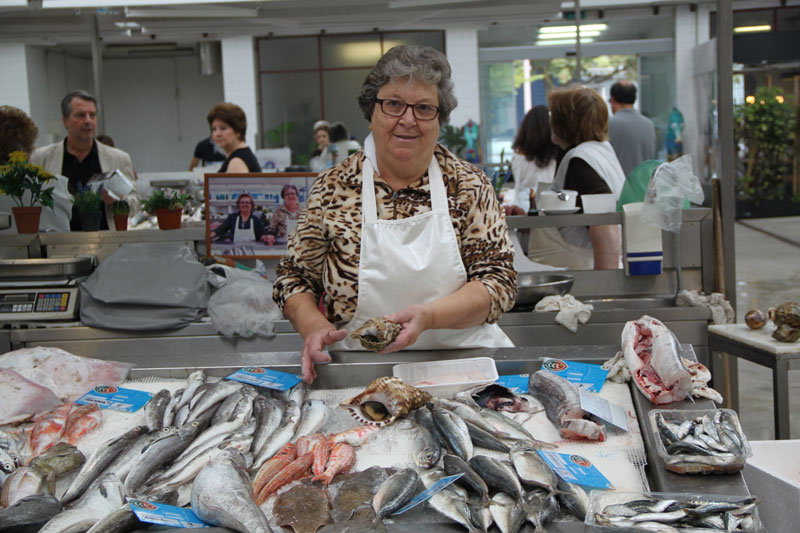 “Nowadays there are much fewer women selling fish. Many of us have retired,” says the Matosinhos-born Maria Adelaide, who has held more or less the same routine for 50 years. “I used to open my stall quite early, then at 4:30 p.m. I would go to the harbor. The ships arrived, and the fish was weighed before being sold. I used to buy turbot, sea bream, John Dory, octopus… sometimes cowry. Sardines were available at the port only in the morning. You know, the fish are still the same, but people change.”

Adelaide doesn’t hide her concern about the transformation of the market; she is afraid that this is slowly going to be turned into a gastronomic or cosmopolitan place, similar to what is happening in nearby Porto as well as in Lisbon. However, Matosinhos inhabitants still do their shopping here, and the presence of the school seems to keep the building alive, balancing the consumption with the increasing number of tourists that pass by the market when the cruise ships roll in. 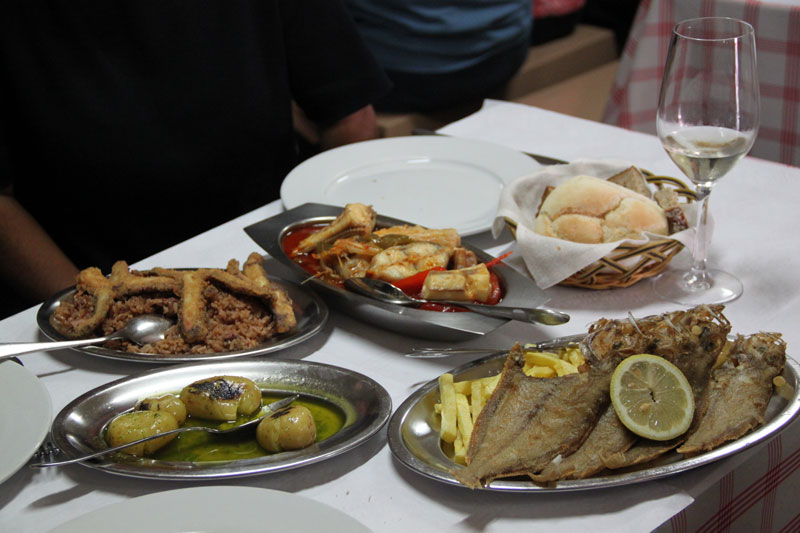 The connection to the sea is omnipresent while one strolls through the streets of Matosinhos; besides the bracing smell of the ocean and the calls of the gulls, fish is being grilled everywhere. Rua Heróis de França, a smoky street behind the docklands, is surrounded by warehouses and low-key, authentic restaurants, many of which grill the fish outside. On this road, our favorite is Salta O Muro, a simple restaurant with benches instead of chairs, very little in the way of decoration and obviously, plenty of fresh fish. The portions are quite abundant, especially the cod or turbot, but it’s also worth trying the stewed octopus rice or the caldeirada, a fish stew made with red and green peppers and potatoes.

Just at a short metro or bus ride from Porto center, Matosinhos is the best source of fish in the region – particularly for design buffs who want to get off the beaten track.

Editor’s note: Inspired by our new Porto walk, we’ve decided to rerun this 2016 feature on Matosinhos, a city in the northern Porto district. 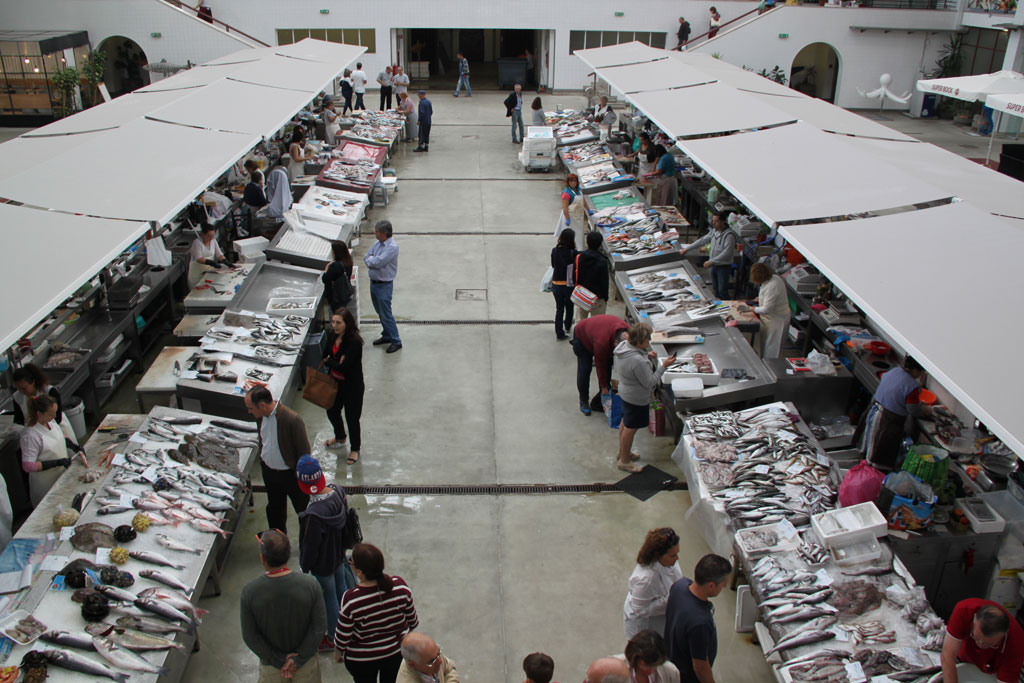 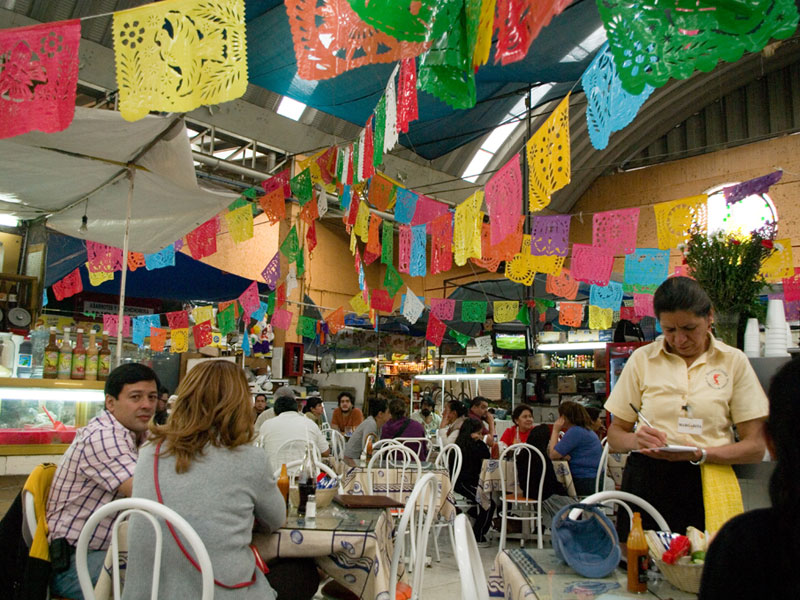 Mexico City | By Ben Herrera
By Ben Herrera
Mexico City Mexico City can be quite lacking when it comes to finding fresh, tasty seafood. At most markets in the city, in addition to the taco places and tlacoyo vendors, there is usually some kind of stand selling seafood, but the quality can be either very good or very bad. Buying from the right… 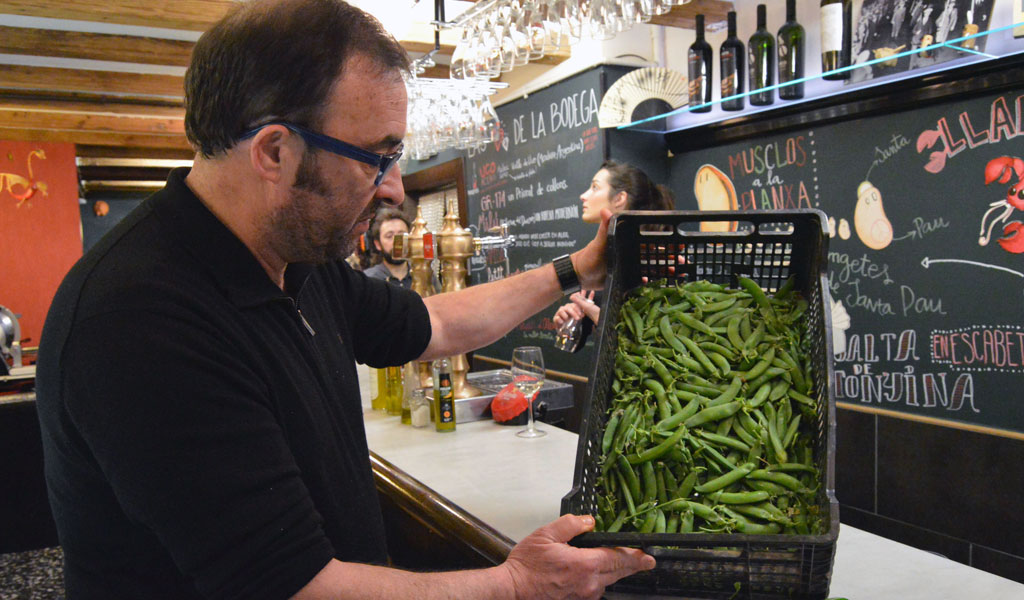 Barcelona | By Paula Mourenza
By Paula Mourenza
BarcelonaBarcelona’s urban sprawl makes it easy to forget that the city is adjacent to two fertile regions to the north and south, El Maresme and El Baix Llobregat, which provide numerous hyperlocal culinary treasures throughout the year. In spring as in other seasons, these treasures appear at markets and restaurants, their origins proudly displayed, sometimes…
Restaurante Salta O Muro
Rua Heróis de França, 386
Tel. +351 229 380 870
Hours: Mon.-Sat. noon-3pm & 7-11pm