It took four years and four months, but Mercado do Bolhão, Porto’s central market and historic icon, finally came back to life in September. The first to arrive at the reopening was Nossa Senhora da Conceição, the market’s patron saint, whose image was installed in front of the new structures that are now part of the centenarian building.

Located at the entrance to the grand market, which measures more than five thousand square meters, the saint’s image welcomes the visitors who have filled the new space every day since the doors finally opened. “It is a joy to have our Bolhão back”, says shopper Mrs. Francisca Costa, holding hands with her 5-year-old granddaughter, who was visiting the market for the first time. 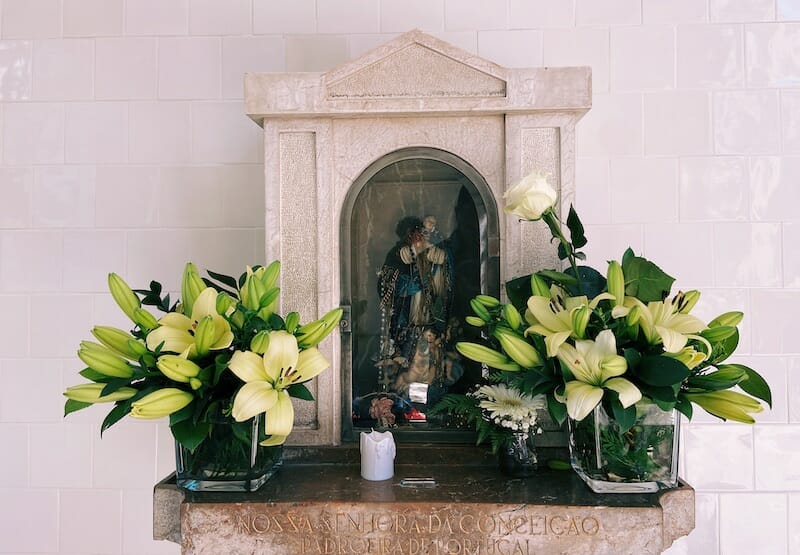 In 2013, the Mercado do Bolhão was classified as a “monument of public interest,” allowing for its preservation, despite having been damaged by the passage of time. Renovations of the structure began in 2018, under direction of the architect Nuno Valentim, who was hired by the local government. The new project aimed to combine the physical recovery of the building with the updating of the market (with demands for accessibility and comfort) and the restitution of the space’s importance within the city. 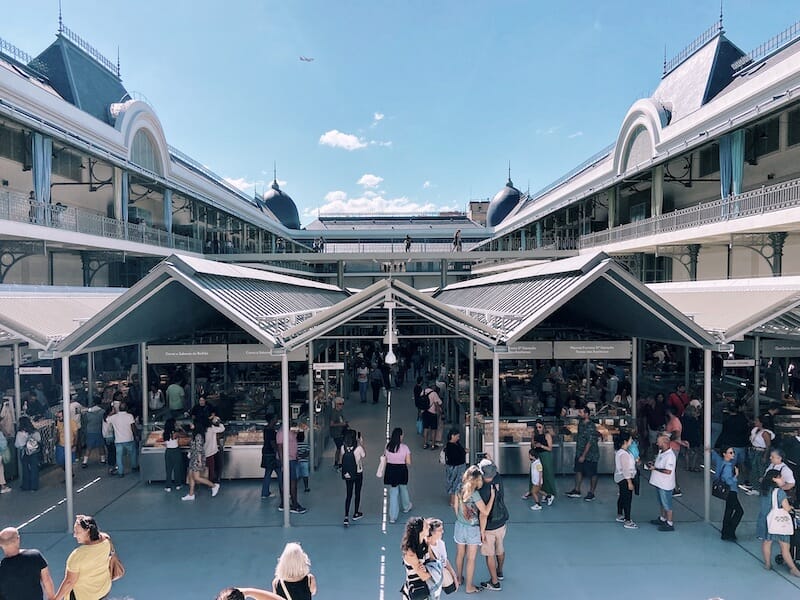 The Beaux Arts-style building (with flat roof, modern conservative lines, and classical architectural details, such as pilasters and festoons), erected in1914, was initially designed by architect António Correia da Silva. The market has remained closed during the complete remodel, though the general structure of the building has been preserved. For the reopening, it gained new elements without ignoring the project’s identity and coherence, “opening the building to the city and updating its function,” Valentim explains in his project proposal.

In the new-and-improved Mercado do Bolhão, the traditional fresh produce stalls, tinned fish shops and florists are still there, with the addition of a few new venues, such as cheesemongers and coffee shops. The almost 80 traditional traders, who had to move to the temporary market built by the local government during the renovations, are now back in the place where their parents and grandparents worked, honoring businesses that span many generations. 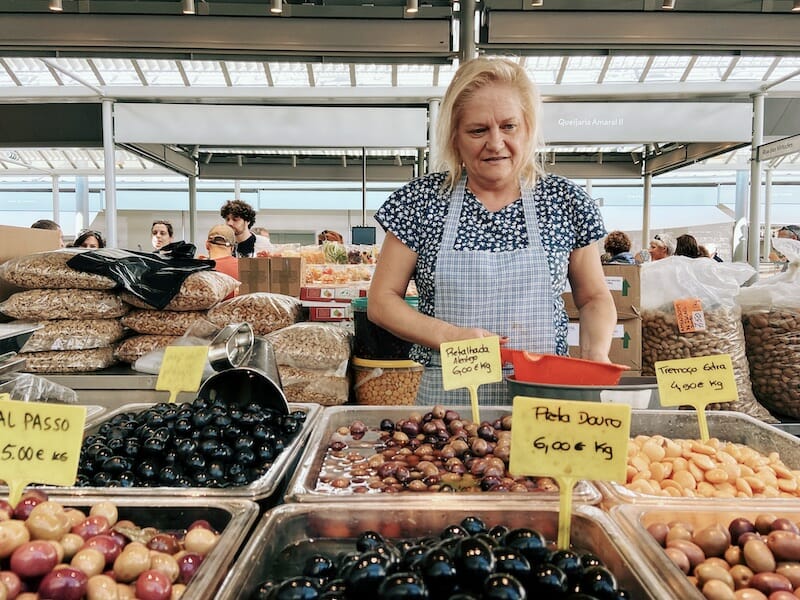 This is the case of Maria Teresa Ferreira, the fifth-generation owner of the Teresa das Azeitonas stall on Rua Preciosa (“precious street”), one of the three main indoor arteries that connect the two entrances to the market. When she was a child, she helped her parents sell the high-quality olives that made the business famous among locals. Today, she is the one in charge of the company.

“Over time, I also included other products, diversifying the offer,” says Maria Teresa, who also sells nuts and dried fruits. She says that the comeback of the market has been better than expected. “I haven’t had time to eat, sleep, make love,” she laughs. “But I have nothing to complain about,” she adds. 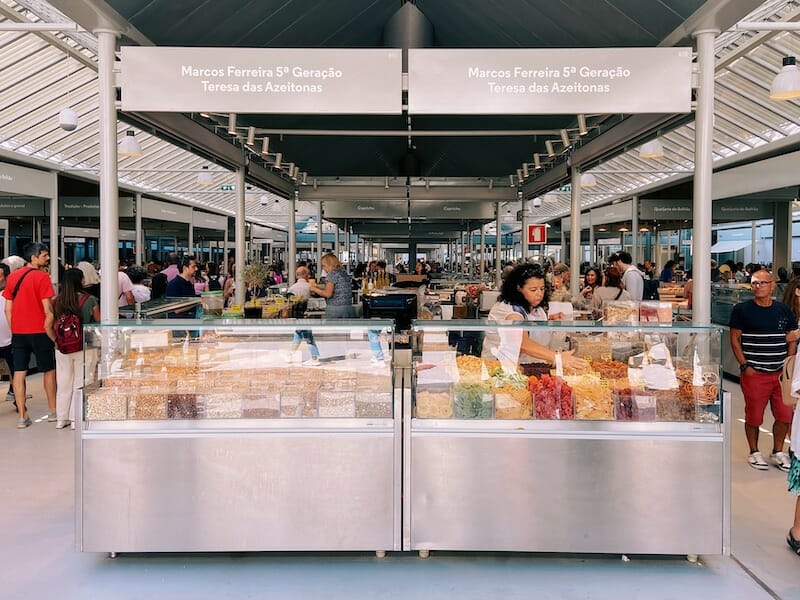 Coming to Porto and not coming to Bolhão is leaving without seeing a fundamental part of the city.

A few meters away, on the corner of Rua das Virtudes (“virtue street”), another vendor, Teresa Moreira, arranges white rosebuds in the buckets of her flower stall. “Let’s see if this buzz continues within a few weeks,” she says. “I think there is euphoria because of the reopening, which is normal. I hope the flow of visitors doesn’t drop.”

Today, Bolhão has 81 stalls, 38 stores and 10 restaurants – many of which are scheduled to be opened by the end of the year, in the upper part of the building, with a variety of gastronomic offerings. The new venues, such as the coffee shops, are an addition that may bring even more visitors to the market, both locals and tourists, says knife sharpener André Fernandes, a market veteran. 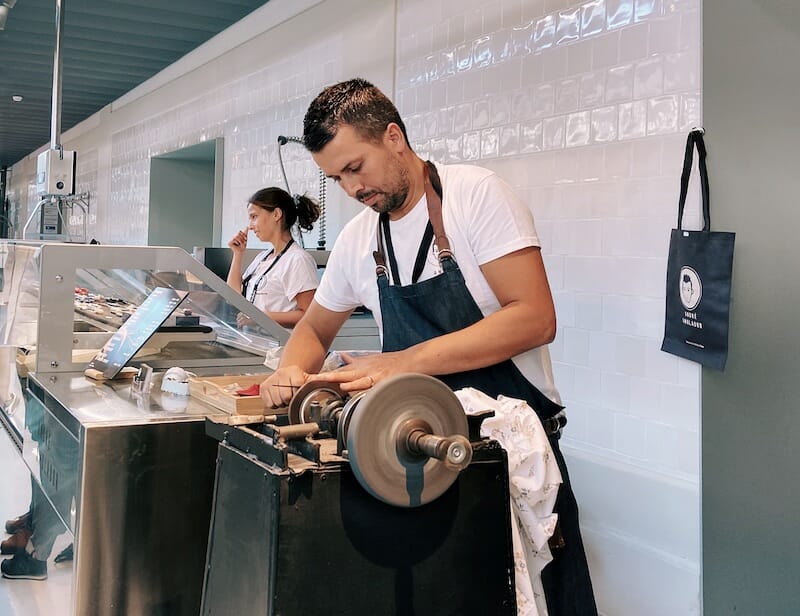 He learned his craft from his father, who in turn learned it from his father. “We’ve always kept the bills paid through this work,” he says. André, who stayed open during the renovation by keeping a stall at the temporary location, it has been great to be back to his original location. “The temporary market was smaller, it wasn’t open-air. Here, I feel more at home,” he says, sharpening a pair of scissors for a regular customer.

There are fresh produce stalls on the ground floor and restaurants inside the market. Outside, there will be larger stores (not yet opened) and a space to host small temporary markets. With the renovations, which cost more than 26 million euros, the building gained better infrastructure: a basement space for operations and logistics is effectively the great novelty of the restoration work. It occupies the center of the building with cold rooms, warehouses, ice production and a loading dock. 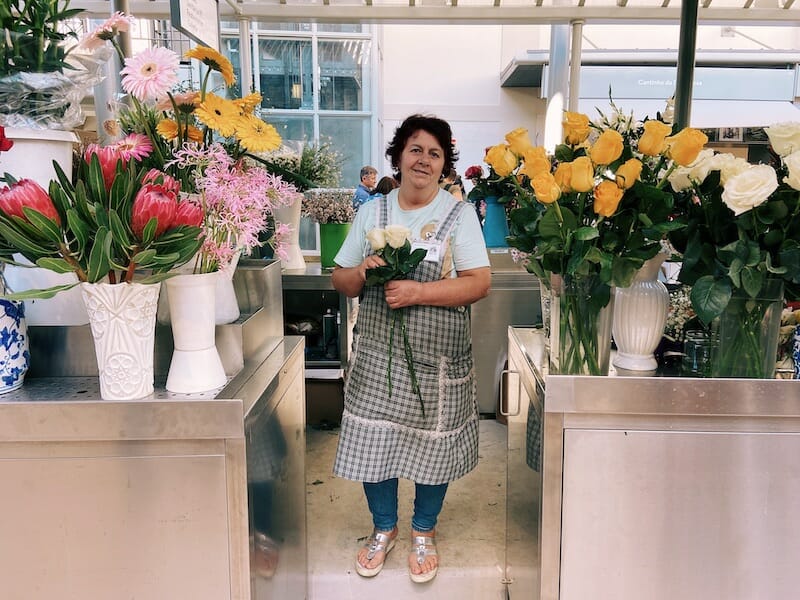 “It has been much better for us to work here,” says Brilhantina Ferreira, from Salsicharia Leandro. Her family business is known for supplying sausages to most of the city’s francesinhas – the quintessential Porto sandwich. “Customers, mainly tourists, who eat francesinhas in the city’s cafes and bars, later want to come here to buy sausages to take home,” she says. Bolhão, she adds, is where much of the city’s life passes by. The other vendors echo her sentiments. “Coming to Porto and not coming to Bolhão is leaving without seeing a fundamental part of the city,” says florist Teresa Moreira. “Bolhão is the heart of Porto.” 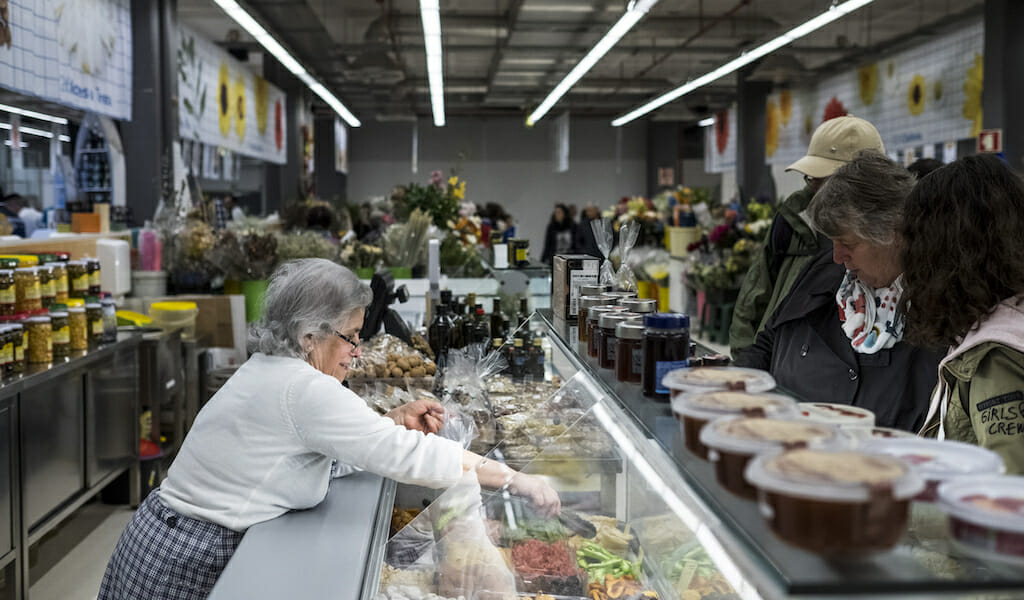 A Time Out for Lisbon’s Market Makeovers?

Lisbon | By Francesca Savoldi and Syma Tariq
By Francesca Savoldi and Syma Tariq
Lisbon“It’s good for tourists, not for us.” While this can sadly be said about many things, Anabela, the woman we are speaking to, is referring to the transformation of Mercado da Ribeira, Lisbon’s historic public market, where she co-runs a small grocery store. Originally built as a predominantly wholesale food, fish and flower market in…