When the late 19th-century Portuguese artist and cartoonist Rafael Bordalo Pinheiro wanted to create a vehicle through which to mock and criticize the country’s powerful elite, he settled upon the character Zé Povinho, an unsophisticated country laborer who served as a stand-in for the average citizen.

While some Portuguese people took umbrage with their country’s everyman being depicted as a simple peasant, time has softened this criticism, and Zé Povinho has become something of a national icon. “Little by little, we started to see him with a certain tenderness, as a symbol of the Portuguese identity, a reminder of where we came from,” says Andrea Salomé, a restaurant owner in Porto. 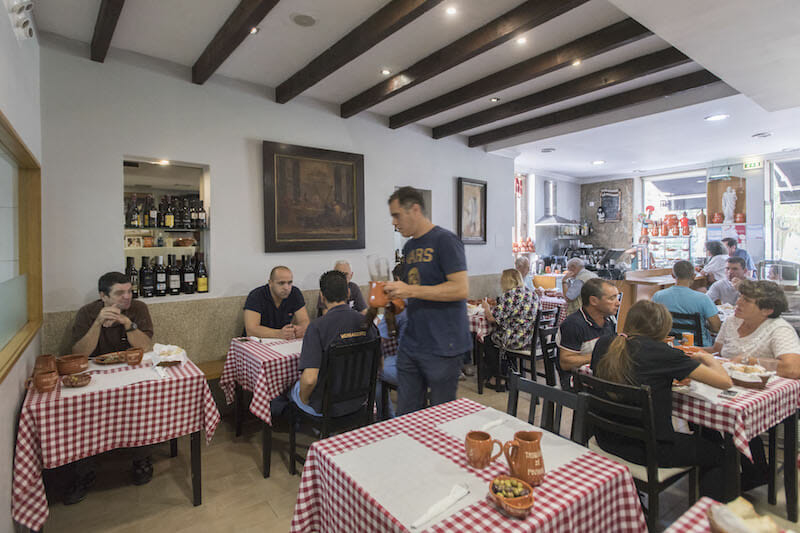 In fact, when Salomé decided to open her own restaurant in Porto four years ago, she chose to pay tribute to her family’s humble beginnings in Trás-os-Montes, Portugal’s most remote region, by naming her tasca after the famous character. Plus, she adds, “it seemed like a cute name for a tasca.”

After being fired from her job at a frozen food factory, Salomé made up her mind to work for herself. So she opened up the bottom floor of her house, which is located on a corner across from Carregal Garden – a quiet area far from the tourist crowds. Like every tasca, hers mostly caters to people who live or work nearby: the neighboring hospital explains the constant flow of doctors and nurses over lunch time.

In Portugal, these kinds of restaurants proliferated in the early 20th century, offering well-cooked, traditional dishes – comfort food at affordable prices. The average cost to eat at Tasquinha do Zé Povinho is around 6 euros (with bread, soup, a main dish and a coffee at the end of the meal). 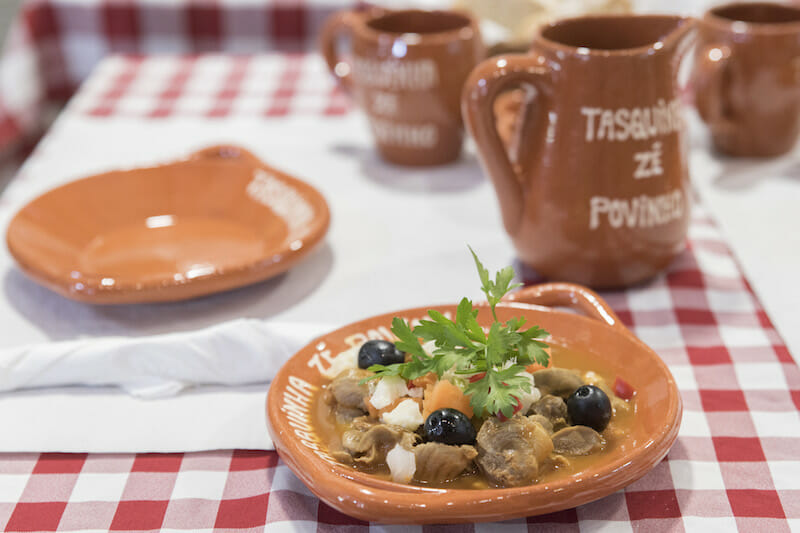 The menu is based on recipes that originate in small Portuguese villages, such as massa à lavrador (a meal stew with pasta and red beans, as well as cured meat) and caldo verde, a potato and kale soup. “There are many businesses opening in the city due to the high flow of tourists, but many are not concerned with following the Portuguese roots, its cuisine,” Salomé says.

Every day there’s a different fish and meat option, depending on whatever looks best at the market. The tasca also offers iconic Porto dishes, such as francesinhas and tripas à moda do Porto, offal prepared with beans, sausage, vegetables and herbs (the city is so famous for this dish that Porto inhabitants have been nicknamed tripeiros). “We’re a family place, so we wanted to serve home-cooked, well-seasoned, flavorful food,” Salomé explains.

“There are many businesses opening in the city due to the high flow of tourists, but many are not concerned with following the Portuguese roots, its cuisine.”

Her small staff is made up of herself, two cooks who prepare all the dishes and one more server to help with the tables. The menu is handwritten daily on a piece of paper – proper tasca style. “It’s all written in Portuguese, we don’t even have an English version. If a tourist wants to come and eat, we explain what we have on the day, with a smile on our faces,” she says. The number of visitors from other countries, incidentally, has increased. “Foreigners love to taste the authentic flavors of Portuguese cuisine,” she adds.

Unfortunately, it isn’t always possible to serve all customers: the small restaurant has just over 20 seats at tables that are very close to each other, plus a counter at the entrance that also seats four diners. And one-time visitors will have to contend with a large contingent of regulars. “We have customers who come every day and we know what they like to eat. We also serve some petiscos [Portuguese snacks], such as cheese, cured meats, pork ear salads, cod fritters, among others, for those who just want to come by and have a fino [a glass of beer] and some snacks, for example,” she explains. 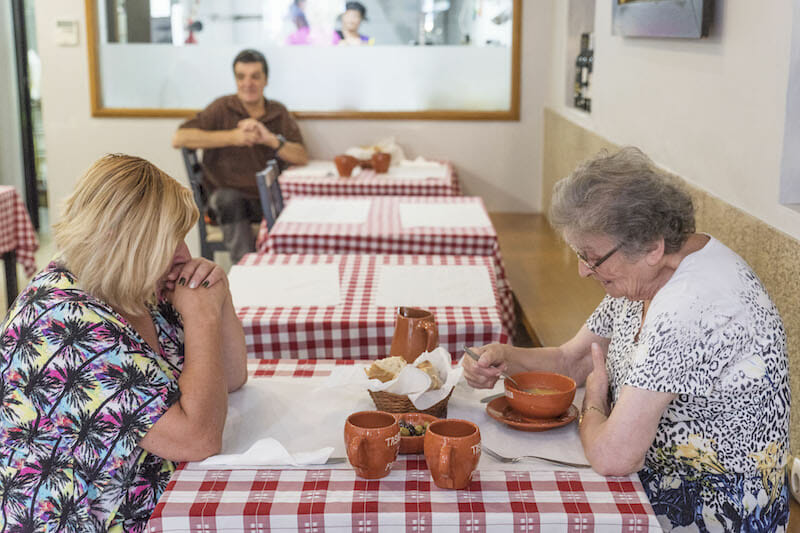 The informal atmosphere is what gives the restaurant its charm. The space is decorated simply with old photos that Salomé brought from Trás-os-Montes and repurposed furniture. The homey vibe is somewhat expected: “It’s my home, by the way,” she laughs.

All the red ceramic dishware – typical to Portugal – is made in the small town of Barcelos, and bears the name of the restaurant on the border. The dishes are strikingly large, so much so that they almost don’t fit on the tables: “It’s just big enough to accommodate all the food,” Salomé says. “Here in the northern region, we are a little bit exaggerated regarding the portions,” she confesses. “It must be because it’s colder here, mustn’t it?” she asks. We may never know the exact reason behind these large portions, but we are almost certain that Zé Povinho would approve.

This article was originally published on August 28, 2019.