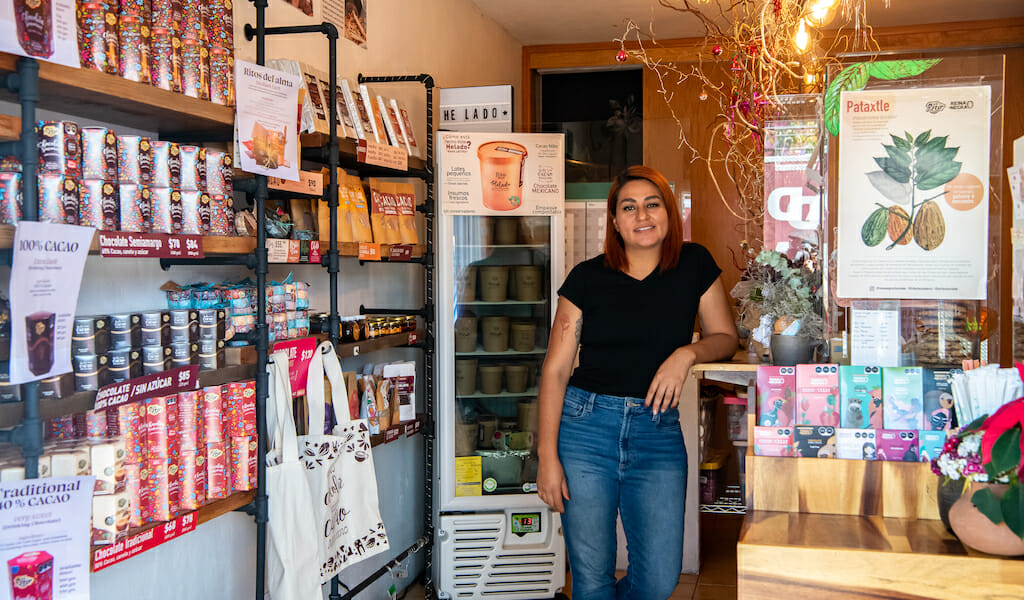 Flor Heras (36), co-owner of the Heras family business El Rito and head chocolatier of Reina Negra Chocolate, wakes up every day with the goal to keep chocolate and mole evolving and resurrecting with the same passion the Mayans put into the preservation of their myths. Founded in 2010 by Flor’s father Luis Heras Cortés, El Rito (which means “Ritual”) started as a brand that sold mole paste and traditional chocolate tablets outside of Oaxaca. Their artisanal processes favored the use of natural and high-quality ingredients, rendering homemade, authentic flavors.

El Rito products soon caught the attention of local businesses and customers – due to their success, in 2017, Mr. Heras and his family opened a brick-and-mortar shop. Meanwhile, Flor, who was a passionate barista, discovered the deep similarities between coffee and chocolate processes, and slowly planted the seed which would become one of the most interesting brands in Oaxaca: Reina Negra. Flor specializes in sourcing top quality cacao from community-driven projects with sustainable production and fair-trade practices for use in her own line of artisanal chocolate bars, which she sells in El Rito and in other shops abroad, such as Café Santo in L.A. 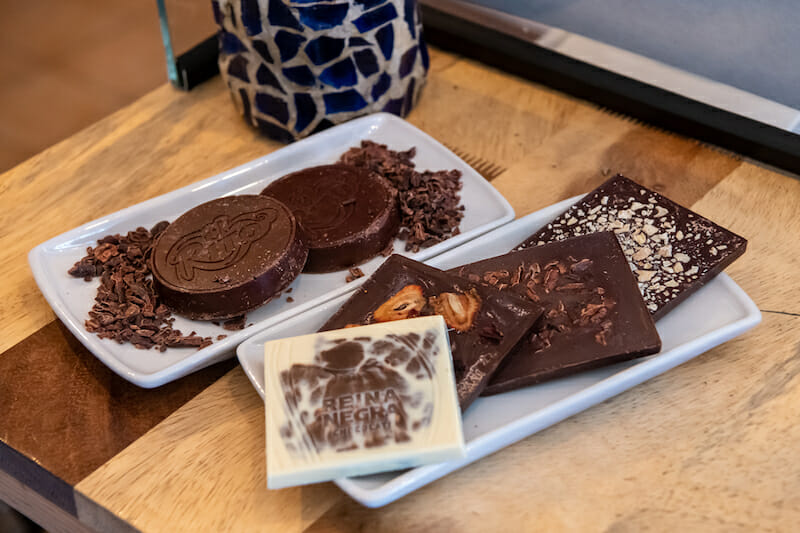 There are some foods that have the power transport us to other states of mind and can even make us reflect upon the cycle of life itself. This is the case of both chocolate and mole, which, as two of the most important and ceremonial foods in Oaxaca, represent a ritual journey from seed to table in which vital – and sacred – ingredients like cacao, chili, seeds, and fire play a key role in our existence.

The Popol Vuh, the sacred book of the Mayans, tells many stories of the Hero Twins who defied the gods of the Xibalbá, the underworld. In one of their adventures, the gods dare the witty brothers to enter the Xibalbá and sacrifice themselves into a ceremonial fire. Confident about their fortune, the twins accept the challenge with one condition: the gods would have to grind their bones and toss them into the river, so that the twins’ remains disappeared. The gods agreed and the twins jumped into the fire. However, instead of being washed away, the twins’ bones came together, and the brothers resurrected as two fish-men. This myth is symbolic of and reflected in the process of preparing a Mayan sacred drink made with kakaw (cacao): fermentation (entering the underworld), roasting (being transformed by fire), grinding and adding water (bones ground and mixed with water) and consumption (rebirth). This sacred cacao grain is the core and essence of modern chocolate and of other foods such as black mole, a thick, complex sauce and one of Oaxaca’s many types of moles.

Cacao plants grow under the shade of other trees, hence the Mayans’ association between cacao and the underworld – with the realm of death and darkness but also fertility and rebirth. Cacao was consumed for special celebrations, such as marriages and funerals, and it was believed that it connected people with their ancestors and the seed of their existence. Mayans were not wrong, as scientific studies show that cacao consumption elevates blood circulation and neurotransmitters related to feelings such as happiness and vigor. 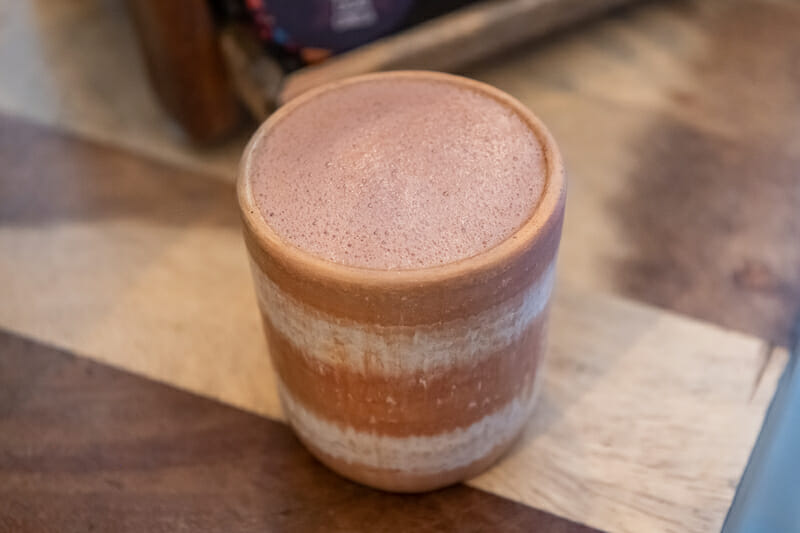 Although cacao originally comes from the Amazonian region, it was in Mesoamerica – Mexico and Central America – where the plant was domesticated and processed into a drink eventually known as chocolate. The popularity of chocolate spread throughout the Aztec empire well beyond its Mayan origin. The Aztecs consumed it before war, for stamina, and they promoted its production in other tropical parts of Mesoamerica, such as the coastal regions of Oaxaca. The ancestral civilizations of Oaxaca already had mulli – a slow-cooked sauce made of roasted chilies, pumpkin seeds and tomatoes, served with turkey, corn tortillas and/or tamales, typically prepared to celebrate a good harvest and to bring the community together. The clay pots found in archeological excavations show that mulli, the ancestor of modern mole, was consumed in celebrations. As the Aztec Empire spread cacao consumption across Oaxaca, its natural partnership with mole for sacred feasts marked a new era in the local cultures – from that moment on, Oaxaca became the largest cacao consumer in Mexico and remains so today.

Since then, mole and chocolate have played a key role on Oaxacan tables for every special celebration and their quality must meet their cultural importance. This is why the Heras family oversees every step of the process of their exceptional batches of mole paste and chocolate: “What I love is that we try every single batch. I would say it goes beyond being deeply rooted to tradition. It is a matter of stubbornness. It is about doing things the way we’ve always done it,” explains Flor. The stubbornness of El Rito’s team members doesn’t come by chance – two generations of the family spent their childhood years helping their matriarch – Flor’s grandmother – make the chocolate tablets and mole paste she sold at her convenience store. “We had to connect deeply with all the ingredients, make sure they were fresh or properly roasted. Our senses were wide open, and so were our taste buds. It was a ritual, no doubt,” Flor recalls. 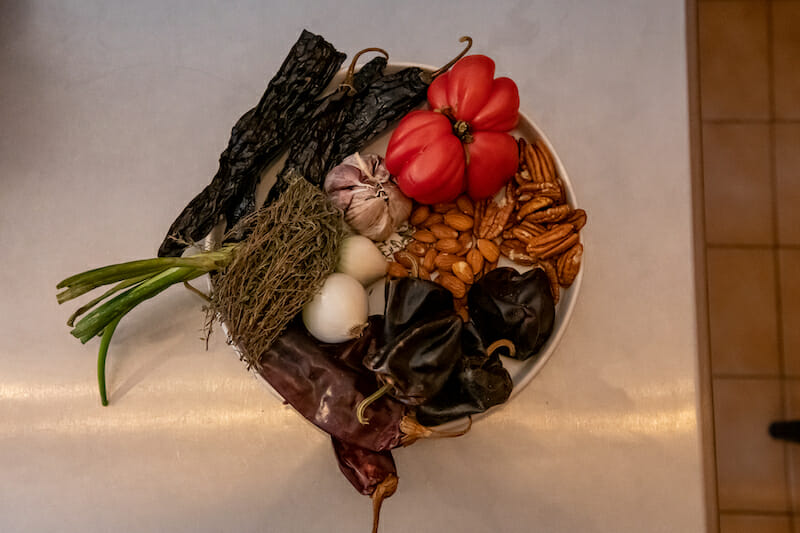 Mexican chocolate doesn’t follow European standards. The first preserves the natural fats of cacao, rarely uses milk and is not refined, while the latter is more refined, incorporates milk and uses cocoa, which is the cacao powder resulting from the extraction of cacao butter. El Rito chocolate tablets (for drinking) follow the traditional recipe, but they exceed the average percentage of cacao in Mexican chocolates (35%). Their tablets, the regular and the semi-bitter, oscillate between 50 to 60% cacao, respectively, and 50 to 40% cinnamon and sugar, respectively. The Reina Negra bars, on the other hand, follow the roasting and grinding process but incorporates European refining techniques. In terms of cacao percentage, they oscillate between 70% to 80% cacao and, depending on the bar, they have low amounts of sugar and are often mixed with other ingredients, like fruits, nibs, milk, spices or pataxtle, a rare native “white” cacao variation. Regardless of the presentation, the cacao used in El Rito is carefully fermented and comes directly from local producers in charge of preserving the delicate art of growing and processing cacao “Good fermentation is key for enhancing the fruity notes naturally present in the cacao,” explains Flor. This applies to every cacao product available at the shop, such as the 80-to 100%-percent cacao tablets, nibs, honey-smothered nibs, cacao infusions, the freshly brewed chocolate drinks (hot and cold), and the to-die-for chocolate ice cream, the most “chocolatey” in town. 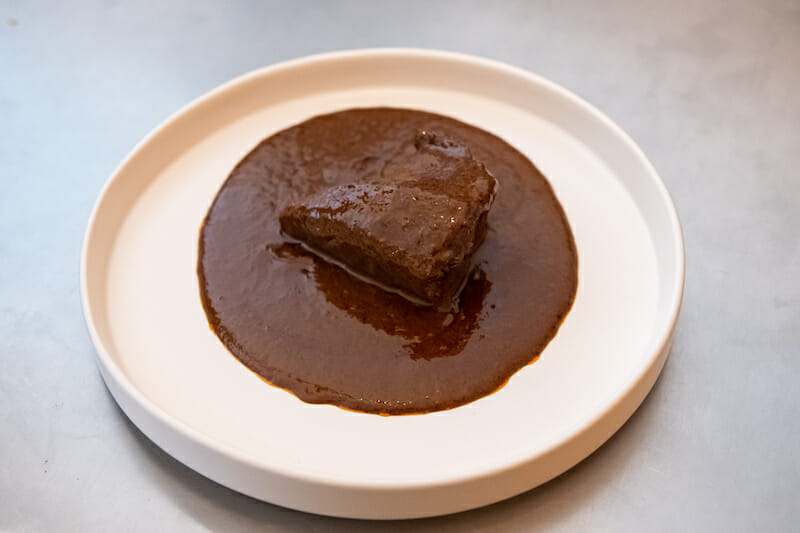 As for the mole, Mr. Heras makes sure to source the best ingredients from local producers for making authentic Oaxacan black and red mole: the famous chilhuacle chilis come from his hometown in Cuicatlán, heirloom tomatoes from the Tlacolula Valley, while the fresh almonds, sesame and pumpkin seeds are all delivered by his longtime providers. After collecting the ingredients, El Rito’s team follows a millimetric process, roasting the ingredients and adding them in a specific order to be slowly simmered. Just as the mythological twins came back from death after being sacrificed and their bones ground to dust, the slow mole-making process symbolizes the triumph and resurrection of ancestral culinary techniques such as roasting in griddles, grinding in stone mills, and simmering in clay pots, not to mention its continuous adaptation from colonial times until today.

In that sense, mole and chocolate hold an equal importance in our culture and cosmology. The metaphors in our myths about food and cooking are reenacted every day in places like El Rito, where the process of making artisanal mole and chocolate is like a living book that keeps writing itself through our experiences – when we enjoy a cup of hot chocolate and feel invigorated or sit at the table to celebrate around a pot of mole, life is extended and so are our rituals. 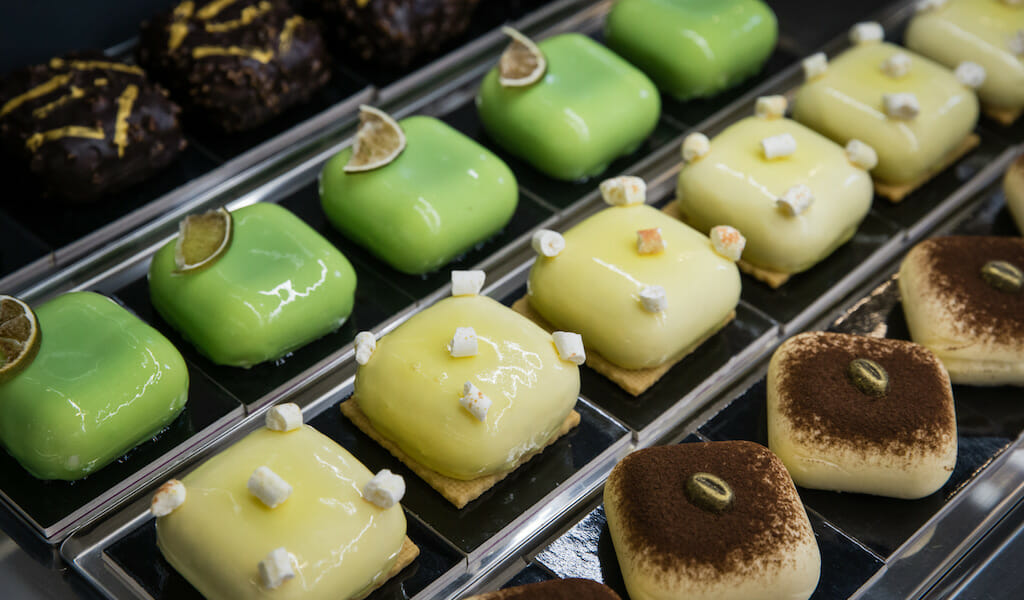 Naples | By Amedeo Colella
By Amedeo Colella
NaplesNaples and its people have a strong link to traditional pastries: For centuries the sweet trio of babà, sfogliatella and pastiera has dominated undisputed. But in the city’s historic center, a woman dares to challenge the sacred pillars of pastry, offering instead a tarte au citron or éclair au chocolat that wouldn’t look out of… 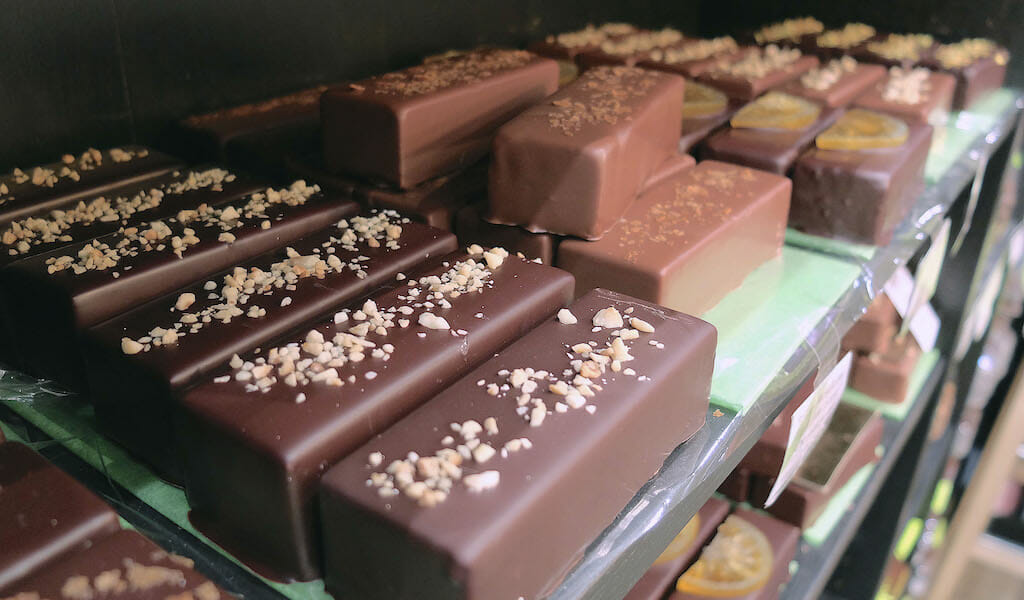 Marseille | By Alexis Steinman
By Alexis Steinman
MarseilleWhen we first moved to Marseille, a jewel box of a shop caught our eye while wandering around the Vieux-Port. Its window display was stacked with chocolates: smooth rectangular bars, green and brown olivettes (chocolate-covered almonds) and slabs studded with every kind of nut. When a customer opened the door to leave, the strong scent…