Naples has a lot of iconic eateries and shops, but one of the lesser-known city icons is the kiosk of the fresh-water-seller. Scattered throughout the city, the banks of the acquafrescai – some of which are very famous – sell various mineral waters and refreshments.

These kiosks were born to provide relief in the summer months, and for that reason they are widespread in other southern Italian cities, particularly in the Sicilian cities of Palermo, Catania and Syracuse, where the coolness of a granita, a semi-frozen dessert made from sugar, water and various flavorings, counters the oppressive heat.

The water-seller has been around since the Middle Ages. For a longtime it was an itinerant profession: water-sellers traversed cities, traveling far and wide all while trying to keep the water contained in their terracotta amphorae fresh. 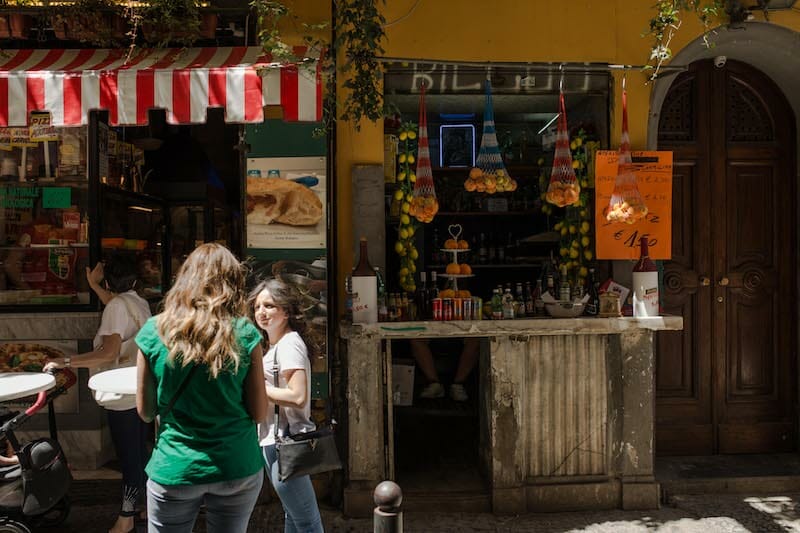 And to the question, “Water-seller, is the water fresh?” the answer was unfailingly, “Like snow.”

It was only during the first half of the 19th century that the Bourbons, a Spanish dynasty that ruled over the Kingdom of Naples, which was later subsumed by the Kingdom of the Two Sicilies, began granting licenses to fresh-water-sellers, which led to the establishment of fixed kiosks. They took the name of banca dell’acqua, or “water bank,” a bank that did not dispense money but coolness. In order to attract customers, each kiosk was decorated in a very flashy way, with lights, embellishments and the famous large oval lemons of Sorrento.

The highest quality water sold by these kiosks was (and still is) sulfur water, coming mainly from the volcanic areas of the Campi Flegrei, and transported and stored fresh in large terracotta pots.

The drink begins to bubble and seethe and should be consumed right after the volcanic eruption takes place in the glass.

Many sought out sulfur water for its purported therapeutic qualities. But much of its success was due to the belief by many Neapolitans that it was an aphrodisiac. The smell and the taste are just like that of a boiled egg, which admitedly is not so arousing, and for this reason we always maintain that it should be drunk down in one gulp, without breathing in its off-putting scent.

In more recent years, these kiosks have expanded their offerings: today they sell every kind of drink, alcoholic ones included, as well as granitas. Some even change up what they serve in winter, when there is less demand for something cool; it’s not out of the ordinary to see kiosks selling octopus broth or roasted chestnuts in the colder months.

“I have been doing this job for 44 years. My father and my grandfather did the same job before me,” says Antonio, whose kiosk is located on Piazza Trieste e Trento. It’s not uncommon for the water banks to be passed down through a family. For example, on a recent visit to Donna Giulia’s kiosk on Via Tribunali, we learned that it’s now run by her son Ciro. 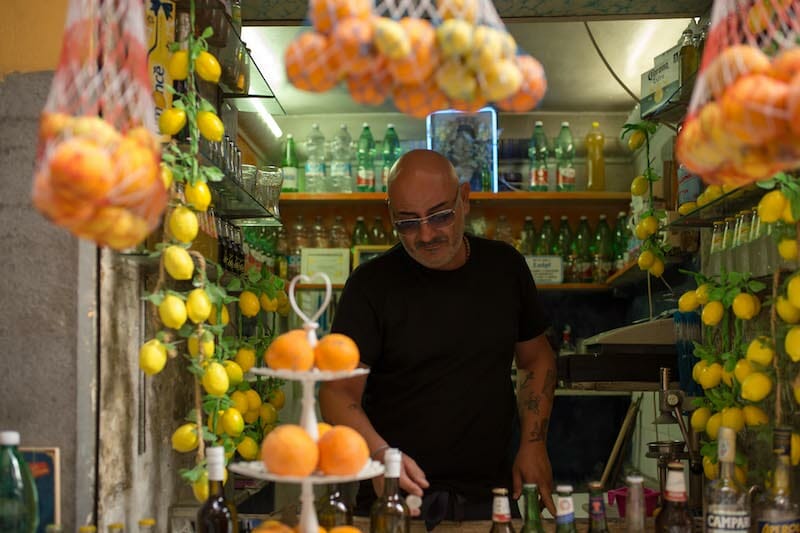 But even as these kiosks expand and change hands, they still always sell sulfur water. And good that they do, as it also happens to be the main ingredient of the most widespread digestive drink in Naples: the Neapolitan gazzosa.

It’s a relatively simple concoction: mix the juice of a squeezed lemon with sulfur water and then, right before serving it, add a bit of bicarbonate. The drink begins to bubble and seethe and should be consumed right after the volcanic eruption takes place in the glass.

The digestive power of the gazzosa is extraordinary. So if you went overboard with pasta or pizza (or both), avail yourself of the Neapolitan soda. And if you drank too much the night before, an explosive gazzosa is really the best hangover drink imaginable.

You can experience the Neapolitan gazzosa at (almost) any fresh-water-seller in the city. Owing to the inevitable march of “progress,” today the sulfur water, which comes from Telese, is now bottled in glass.

We recommend visiting the legendary Aurelio at the Riviera di Chiaia to taste this explosive drink. But it’s also possible to get it from two of the oldest kiosks in Naples, which are located in the city center: Giulia’s charming kiosk on Via Tribunali, next to Pizzeria Gino Sorbillo, and Oasi Chiaia, an ancient water bank on Via Chiaia, next to the Sannazaro Theater.

This article was originally published on June 29, 2018 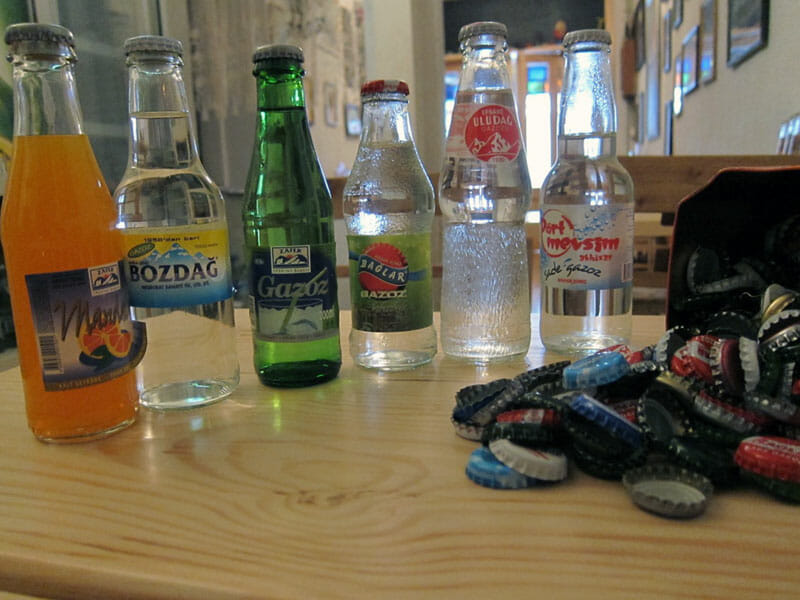 Istanbul | By Culinary Backstreets
By Culinary Backstreets
IstanbulIn a 2003 TV commercial for Cola Turka, the actor Chevy Chase was seen speaking Turkish and then sporting a moustache, after taking just one sip of the intended challenger of Coke in this country. This sensational ad – which riffed on the old theme of American cultural imperialism through its number-one agent, Coca-Cola –…

Add to favorites
The Water Banks of Naples