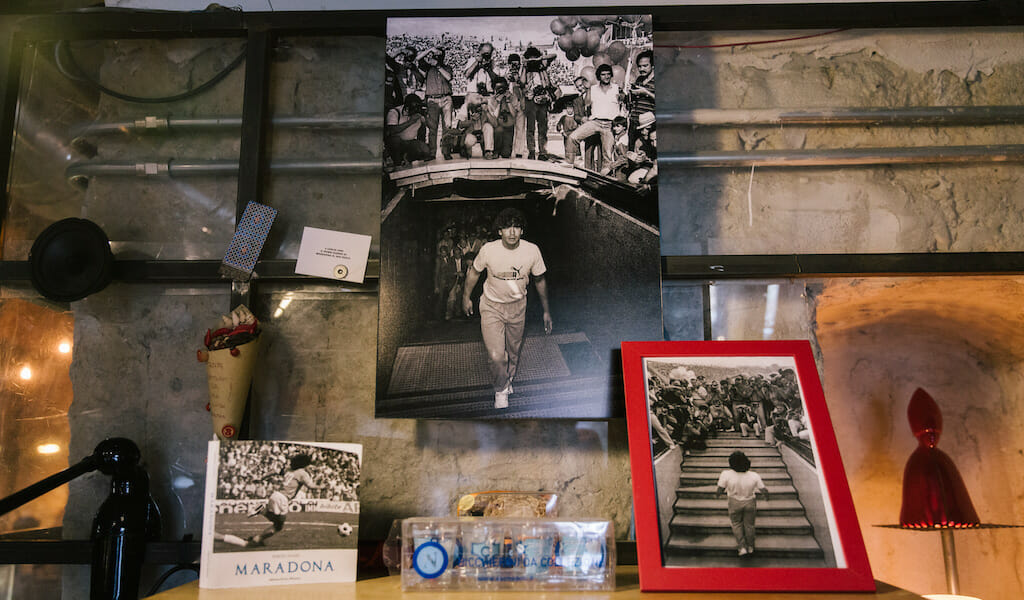 When the first lockdown began in March 2020, one of the few things to disappear from supermarket shelves in Naples was yeast. Everyone was forced to stay home, where many got the idea to make pizza – baked, fried and stuffed.

The result was that by mid-March, yeast was almost impossible to find. Fights broke out in grocery stores over packets of yeast. But I had my own secret reserves: Antonio ‘o fresellaro’s mother yeast.

You see, on March 20 (at which point going out for food shopping was allowed), I escaped from home for a brief trip to buy Antonio Di Paolo’s freselle (twice-baked bread). While I was there, Antonio gifted me a piece of his family’s most precious treasure: their mother yeast. He put it in a plastic jar and gave me strict instructions on how to treat, feed and use it.

And so, on that day another member of my family was born, a son whom I named San Salvador. Since then, Salvador has been contributing to the family. Twice a week, on Wednesdays and Saturdays, we have been preparing a fabulous oven-baked pizza all together, using and renewing Antonio’s mother yeast. 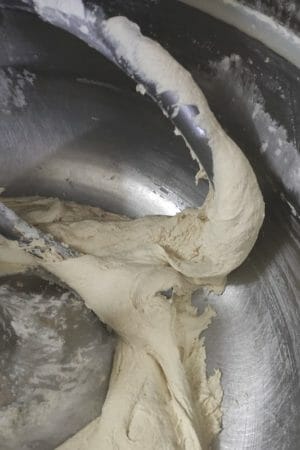 The mother yeast is the most important stakeholder in the company of Antonio ‘o fresellaro, known as Antica Freselleria Di Paolo. She’s a member of Antonio’s family, spending all day and night in her container at the bakery. Each day, this living being contributes to the production of thousands of freselle.

How old is the mother yeast? “Only” around 70 years old. This yeast’s “ancestor” died during the Second World War, at which point it was over 100 years old. You see, the Di Paolo bakery has been around since the early 19th century, and the family yeast has been handed down through five generations. However, the bond was broken when they had to flee Naples to escape the bombings of the Second World War. Unable to take the yeast with them, the family wept as if they had lost a child. After the war, they started a new criscito that is now in its 70s. And now a nephew of Antonio’s yeast lives in my fridge.

I also want to introduce you to another friend who has been by my side throughout the 2020 pandemic: spaghetti with garlic and oil, which also happened to be a favorite dish of the Argentine footballer Diego Armando Maradona.

Spaghetti with garlic and oil is considered by Neapolitans to be a classic nighttime pasta dish (although I eat it at any hour). It consists of a thousand long, thin strips of pasta, cooked al dente and then well oiled, so much so that it is sciuliariello sciuliariello and goes down quickly. The Neapolitan word sciuliariello translates as “slippery,” but frankly, I don’t think slippery spaghetti sounds nearly as good as spaghetti sciuliariello.

Traditionally, spaghetti with garlic and oil is not a dish that sees the light of day. It is so light and easily digestible that it’s not suitable for an empty stomach (and should not be eaten for lunch). Rather, it’s ideal to eat late at night, when you have already been sated by a great dinner. At that point, the stomach is in full digestion and welcomes the virtues of oil and garlic – in my opinion, spaghetti with garlic and oil is a digestive!

Before giving his name to the Naples football stadium (which was rechristened after his death in November 2020), Diego Armando Maradona gave his name to a variant of this dish in Naples.

It is said that Maradona, who arrived in Naples in the 1980s and played for Napoli until the early 1990s, adored spaghetti with garlic and oil, although he liked to add a sprinkle of toasted breadcrumbs on top – thus was born spaghetti alla Maradona. I often made this version for myself in 2020.

So this year, my two closest Covid friends were Salvador and Diego, both of whom were my companions in the kitchen. 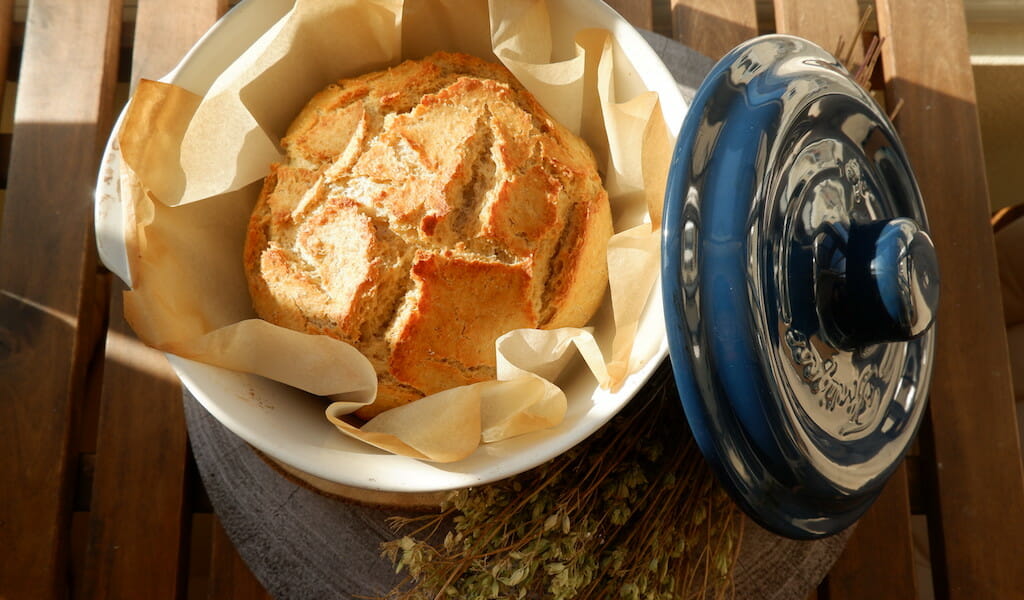 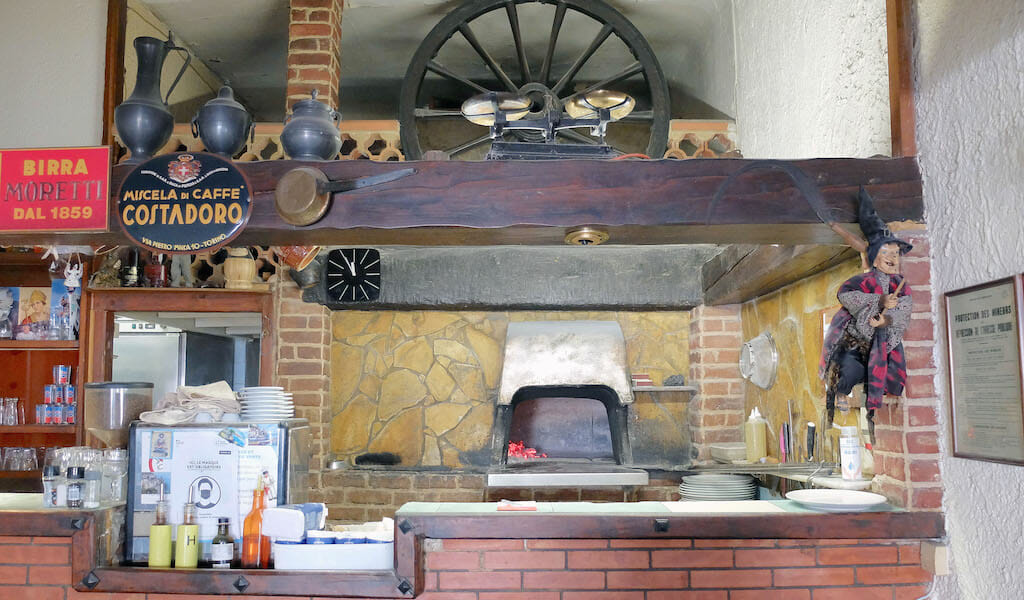 Marseille | By Alexis Steinman
By Alexis Steinman
Marseille“You’re going to need this,” the owner winks, handing us a steak knife to dig into our colossal calzone. When a customer wanting a quick bite orders macarronada (penne topped with meatballs, sausage and tomato sauce) he warns that it’ll take some time since “we make our pasta fresh.” Clearing the table next to us,… 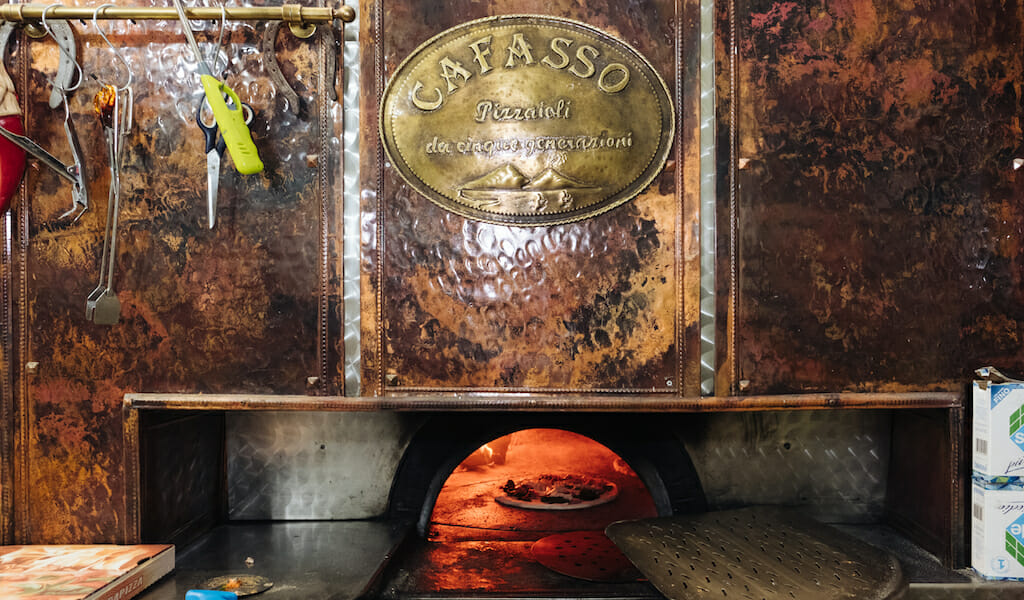