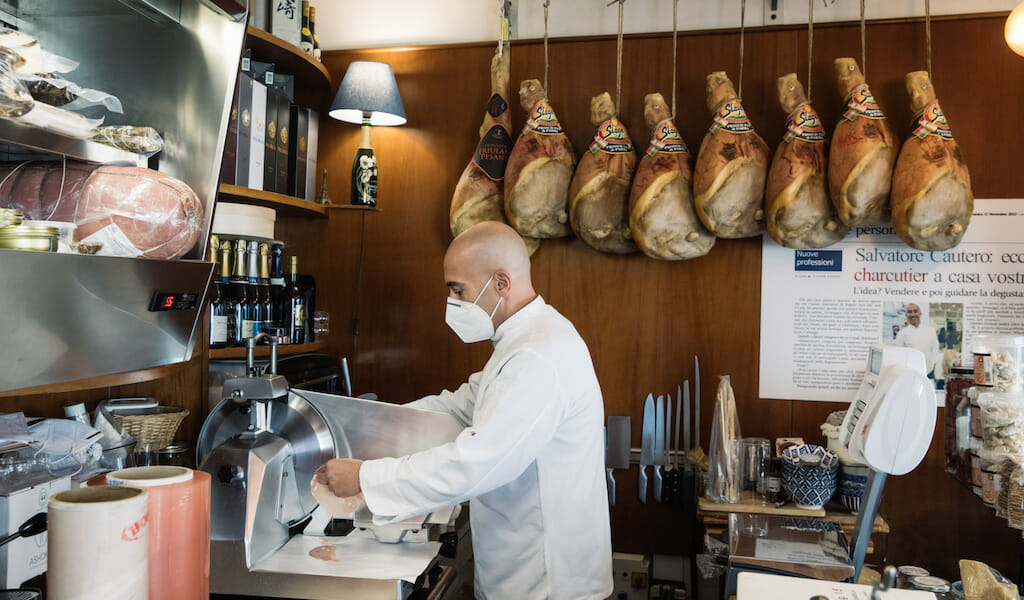 It all began with some cheese. In 1997, Salvatore Cautero had the idea of setting up a simple shop that sold a selection of latticini (dairy products) and cheeses. That same year, on September 6, Caseari Cautero (a caseari is a dairy) opened its doors.

The shop occupies a small storefront in the market at Piazzetta Pontecorvo, a busy hub where Naples’ ancient city center meets the newer, hillier district of Vomero. Salvatore is the fourth generation to work in the world of gastronomy – his father, Luigi, sells baccalà cod and stockfish next door. The idea behind his shop was to look for and select niche products made by small, high-quality producers, a sensibility that was passed down from father to son.

But why stop at cheese? The following year, alongside his selection of exceptional formaggi, the best salami from the south arrived, and his small shop became a real charcuterie. “Then in 2000, I decided to take a sommelier course and there was the third change – those looking for quality cheeses and meats could also buy wines here,” 49-year-old Salvatore recalls. 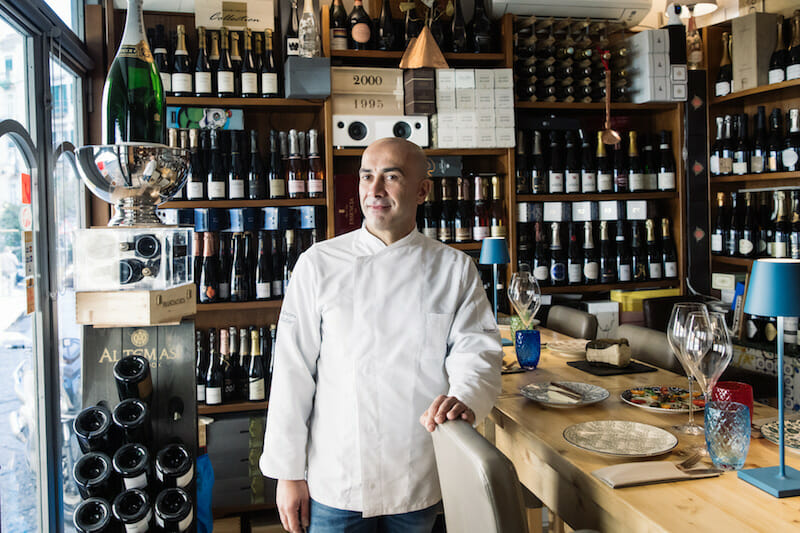 The last evolutionary stage occurred in 2015, when his passion for Champagne turned into a real profession. According to Salvatore, it’s the only type of wine that you can “drink a lot in the evening and go to work the next morning without any problem.”

But this sparkling wine is more than a solution for those looking to avoid a hangover. “In my opinion, Champagne is the greatest winemaking project of man!” he adds.

What makes Salvatore’s selection special is that he has gone in search of small producers, often outside the most famous places of production, rather than stock the shop with widely recognized Champagne brands. “Like Dosnon,” he tells us, “a little village in the province of Aube. The Champagne from there never fails.”

This dedication to hunting out the best small producers is why he was awarded the prestigious “Chevalier” rank of the Ordre des Coteaux de Champagne, a brotherhood that promotes Champagne across the globe. 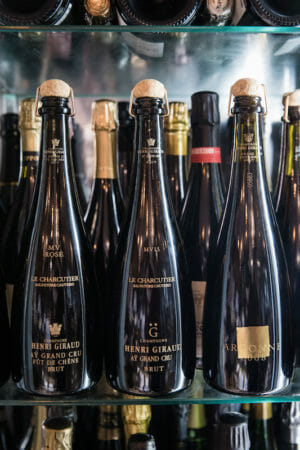 “But the most interesting aspect is that here you can open a bottle of Champagne at the price of a wine shop, not at the price of a high-quality restaurant” Salvatore points out, nodding towards the shop’s large wooden table, where customers can drink bottles and share charcuterie plates.

So it’s a perfect place to get to know, understand and taste some of the finer things in life. Plus, Salvatore is a storyteller – he loves talking and explaining the history and the culture of the products he sells.

More recently, Salvatore began offering “Lo Charcutier a Casa Tua” (The Charcutier at Your Home), which is essentially a guided tasting and sensory experience brought directly to you. He picks the best cheeses, meats and wines, while keeping pairing in mind, packs them up and then delivers them for a special evening in your home.

He picks the best cheeses, meats and wines, while keeping pairing in mind, packs them up and then delivers them for a special evening in your home.

“The idea came to me a few years ago because a friend of mine always told me, ‘You are the only true Neapolitan charcutier,’” says Salvatore, “and so I thought I’d share my knowledge and expertise. I describe the origin of each product, the history, the family stories, the right combinations, and obviously the right wine and Champagne to accompany the tasting.”

The ten-seater table inside has always been very popular – it’s a place where you can have dinner with friends or even host small meetings. Lately, however, we’ve been snagging one of the three small tables outside for an aperitif. 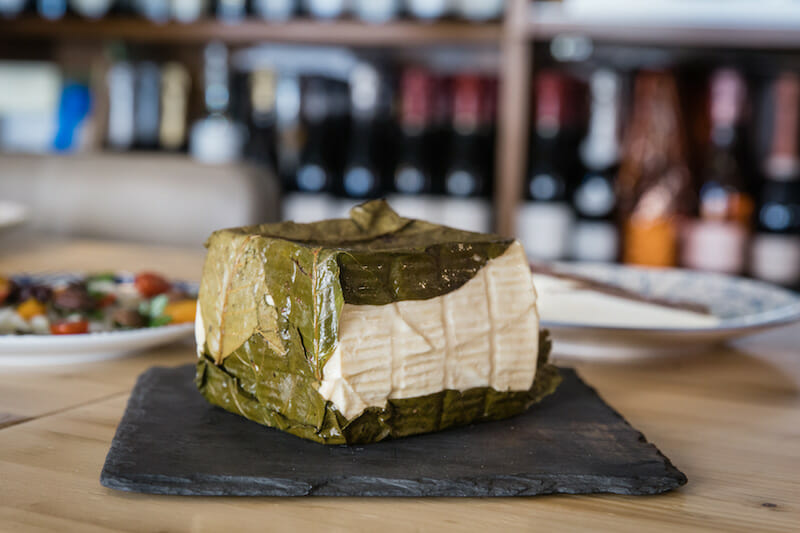 We almost always order the goat cheese from Fattoria Calcabrina in Umbria. “Obviously, in the French style, the goat cheese is the best one to accompany Champagne,” Salvatore notes.

There is no real menu – we always just ask Salvatore what he recommends. We first ordered the goat cheese from Fattoria Calcabrina on his suggestion. As we sit chatting on this visit, he lists off a few of his other go-tos: “A few pieces of mortadella made from the Macchiaiola Maremmana breed of pig, a can of Spanish conservas [preserved fish] and at least one glass of Champagne, although ideally more.”

In short, a wine shop, a Champagne retailer, a pork butcher, a dairy – whichever one you’re searching for, this spot fits the bill. 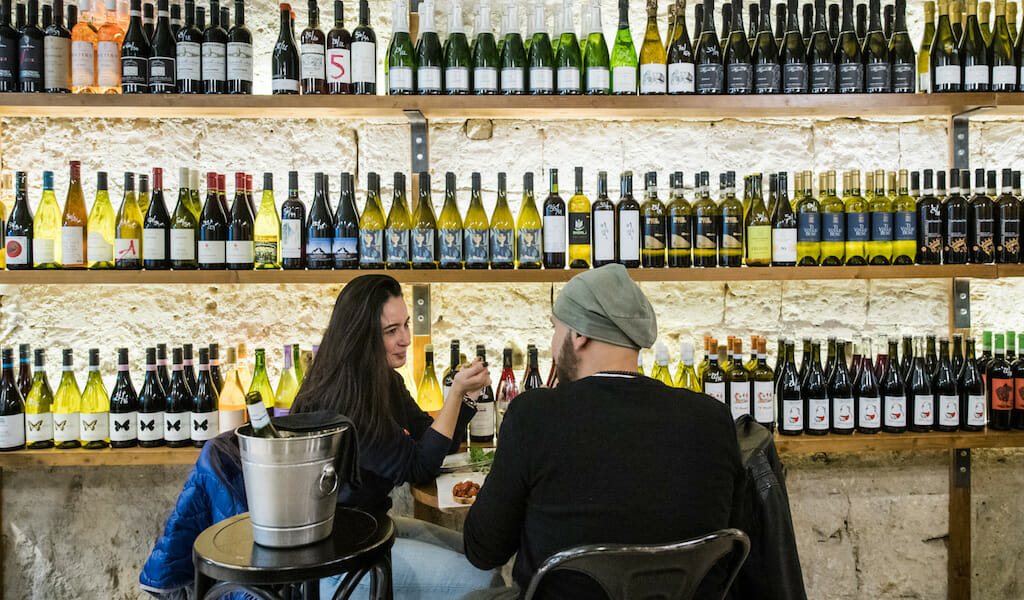 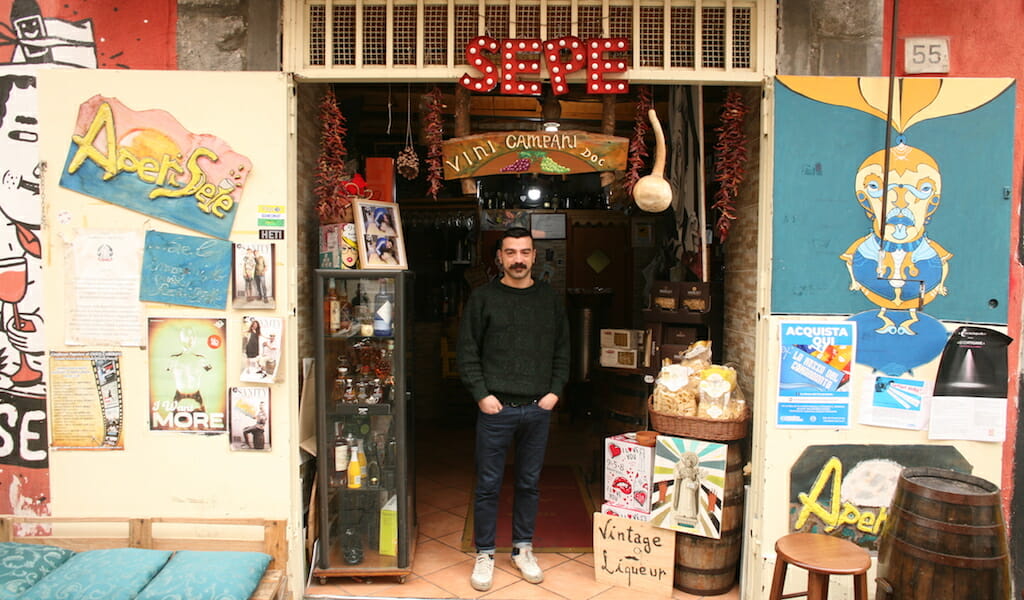 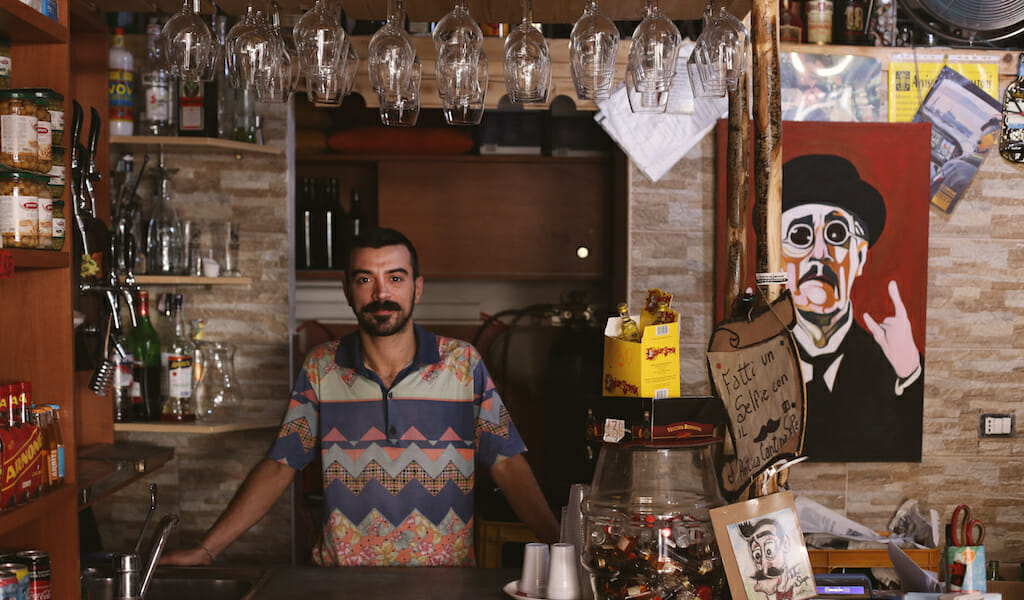 Naples | By Sophia Seymour
By Sophia Seymour
NaplesLa pizzaiola, played by Sophia Loren, peddles pizza from a counter on the doorstep of her street level apartment. She kneads dough while crying out for custom in a thick dialect and as clouds of flour fall to the cobbled Neapolitan street. The black and white shots fill the screen with classic southern beauty: Loren’s…
Caseari Cautero
Piazzetta Pontecorvo, 1
Tel. +39 081 1917 9449
Hours: Mon.-Sat. 8am-10:30pm