Naples is a city strewn with street vendors. Bread, thin pizzas meant to be eaten folded, fried pizzas, octopus broth, roasted artichokes, cones full of fried goodies, donuts, panzerotti and rice balls – there’s little you can’t find one of Naples’ vendors selling (in our opinion, only Palermo in Sicily eclipses Naples on this front). Together, these numerous street sellers and their small stands play an important economic and cultural role in the city.

In the midst of all these vendors there’s one that somehow manages to stand out. Some know him simply as Carmine. Others call him Carmine the Wizard because of his enchanting roasted chestnuts, which warm the hands and the stomachs of Neapolitans in winter. Whatever you call him, he’s an icon of Naples street food.

What makes him stand out is that Carmine’s stand is open year-round; other street vendors usually only sell products during certain seasons. So rather than working seasonally, he has built a small business that constantly adjusts to the needs of his customers. 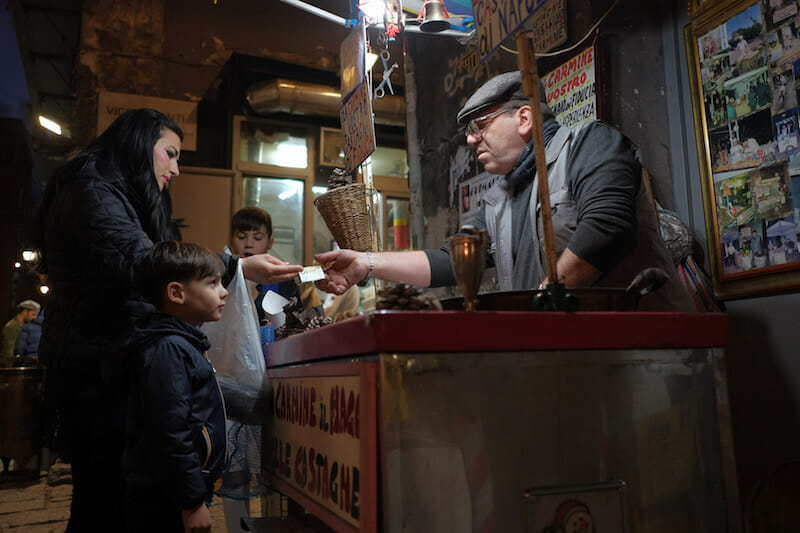 In the summer, Carmine is the magician of granita; in autumn, he dishes out octopus broth; and in winter, he is the chestnut wizard. He never takes a break.

First and foremost a chestnut seller, Carmine expanded into these other products because winters were getting shorter, thus shrinking the amount of time he could sell chestnuts. So in fact, this genius idea of enterprise began out of a need for steady income.

He first opened the stand years ago – even he doesn’t know the exact year – at the end of Vico Giganti, the vicolo (alley) he lived on. At the time, there was always a huge crowd of people waiting to enter the famous pizza restaurant on that side street, Di Matteo.

“Naples has three beautiful things: Vesuvius, pizza and the chestnuts of Carmine the Wizard.”

Prior to this, Carmine didn’t have a steady job. It was his wife who pushed him to open the cart. “My wife made me see the essential things in life,” he says, “which led me to start this endeavor.”

But his strong business acumen is not the only reason Carmine has been so successful over the years – it’s also in part due to his ability to strike up a conversation with anyone. Although he only speaks Neapolitan, an ancient dialect still spoken by locals, he’s convinced that tourists understand him if he speaks slowly. With Italians, he tries to Italianize Neapolitan, with the end result being a series of grammatical mistakes that are more charming than annoying.

The one constant in all his interactions is his large, beautiful smile, punctuated by the few teeth he has left. It’s clear in his actions that he loves connecting with his customers – even if they can’t understand him. 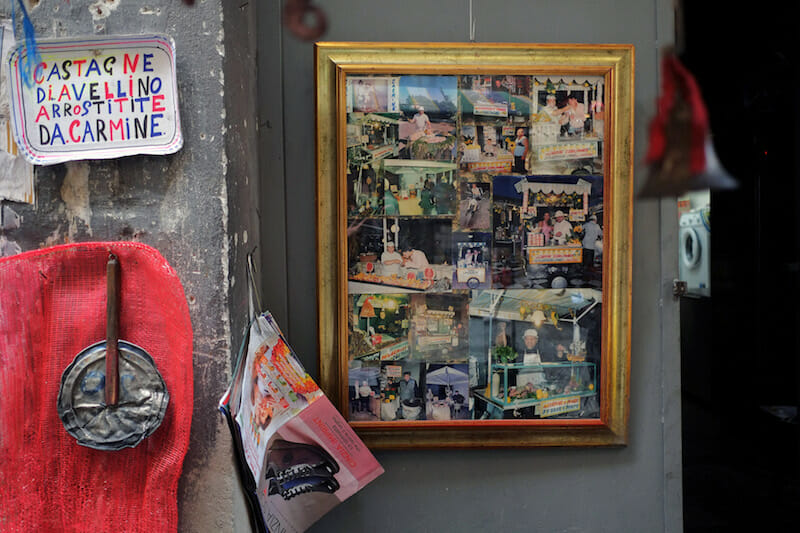 What is lost in translation is more than made up for with Carmine’s marketing skills. His cart is covered with thousands of colorful photos. In the summer, it shows pictures of the winter stall and vice versa – a true businessman, Carmine is always touting his wide range of skills. One sign reads: “Carmine, the most beautiful chestnuts in Naples. 20 years of experience.” Another boldly claims: “Naples has three beautiful things: Vesuvius, pizza and the chestnuts of Carmine the Wizard.”

He may be a conjurer, but Carmine also knows the art of living simply. His culinary magic tricks are only for the benefit of his hungry customers, many of whom are friends. As we stand chatting with him, it seems as if everyone who passes by calls out his name, which he returns with a smile.

“Naples,” he explains to us as we talk, “is not a city that pretends, a city who hides herself. Naples tells you what she has in her soul.” The same could be said for Carmine. 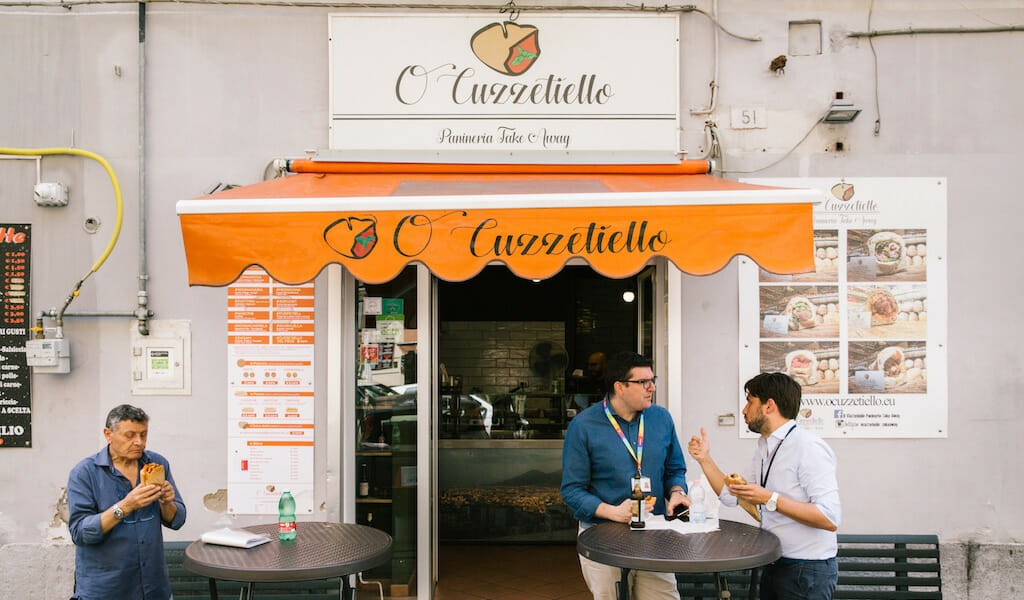 Add to favorites
Carmine’s Stand
Via dei Tribunali, on the corner of Vico Giganti
Tel. No phone