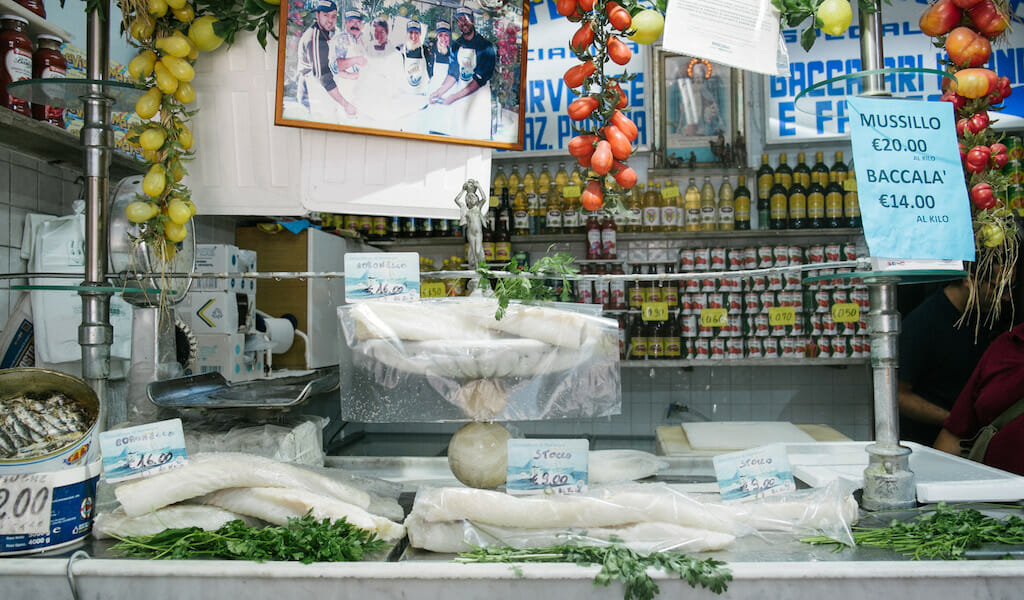 For Devotion: A Neapolitan Christmas

There’s a famous Italian saying that goes, “Christmas with yours, Easter with whomever you want.” In Naples, this piece of advice has practically become law, meaning that the Christmas holidays are spent with family – no ifs, ands or buts about it.

So on December 25, Neapolitans can be found at home, surrounded by relatives (which is not always pure holiday joy) and enjoying together the gastronomic delights of Neapolitan Christmas fare.

Of course, there is constant debate over what should go on the holiday table. There are certain dishes that have long been linked to the Christian calendar in Italy. But with economic well-being at an all-time high and year-round access to ingredients of all kinds, rich holiday fare can now be prepared at any time of the year. 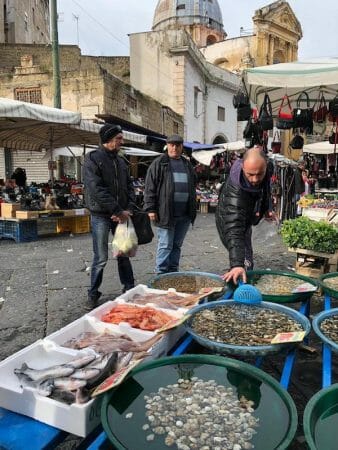 However, as Christmas approaches, many Neapolitans – beyond any religious beliefs – are seized by an uncontrollable desire to return to family traditions, to eat the dishes their ancestors prepared.

Yes, because some things must still be eaten at Christmas “per devozione,” or “for devotion.” It’s almost as if they were written in Neapolitans’ genes.

There is some universal consensus: fish and vegetarian dishes for Christmas Eve dinner, and usually some combination of meat and vegetables for Christmas lunch. But beyond that, each family is creating their own traditions and culinary habits, which often blend the old with the new.

Since Christmas Eve dinner revolves around fish, every Neapolitan home cook goes in search of the best fresh catch. That’s why the Porta Nolana Market, the most famous fish market in Naples, located in the shadow of the city’s ancient Aragonese walls, is packed on the evening of the 23rd.

Everywhere you look there are huge tanks of eels writhing their long, slender bodies. The pools are huge, and people gather around to see the eels swimming. The capitone (“eel”) symbolizes the snake, an animal that represents evil in Christianity (Satan assumed the appearance of a serpent when he tempted Eve to eat the forbidden fruit). So it’s common to eat fried eels on Christmas Eve to represent the triumph of the nascent Savior over evil. It’s a symbolic and auspicious act, and one that many people practice.

Most people will get clams to make spaghetti with clams, a common main course for Christmas Eve dinner. Everyone obviously has their own family recipe – in my house the dish is strictly in white sauce, but many Neapolitans prefer to eat it rosato. The addition of two piennolo cherry tomatoes in the oil makes the sauce take on on a pale pink color.

Some things must still be eaten at Christmas “per devozione,” or “for devotion.”

Personally, I’m crazy about baccalà. I love it cooked in all different ways: stewed, fried, roasted and more. Yet I remember very well that when I was a boy, I hated it and never ate it. The same goes for capitone – even today I don’t have a taste for it. But I eat it, out of devotion (and to set an example for my daughters).

I have an indelible memory of December 24 when I was a child. Dad had bought home live eels, and mom had to kill them in the kitchen sink. But one escaped and took refuge under the living room furniture. And we all had to go look for the poor creature. (Today such a show would be considered cruel, but in the post-war years animal welfare was not a great concern.)

Nowadays, my ideal Christmas Eve dinner would include fried cod, Russian salad and spaghetti with clams. And for Christmas lunch, I adore the legendary minestra maritata (wedding soup), a wonderful combination of meats and vegetables, and baked lamb. I am, one could say, devoted to it. 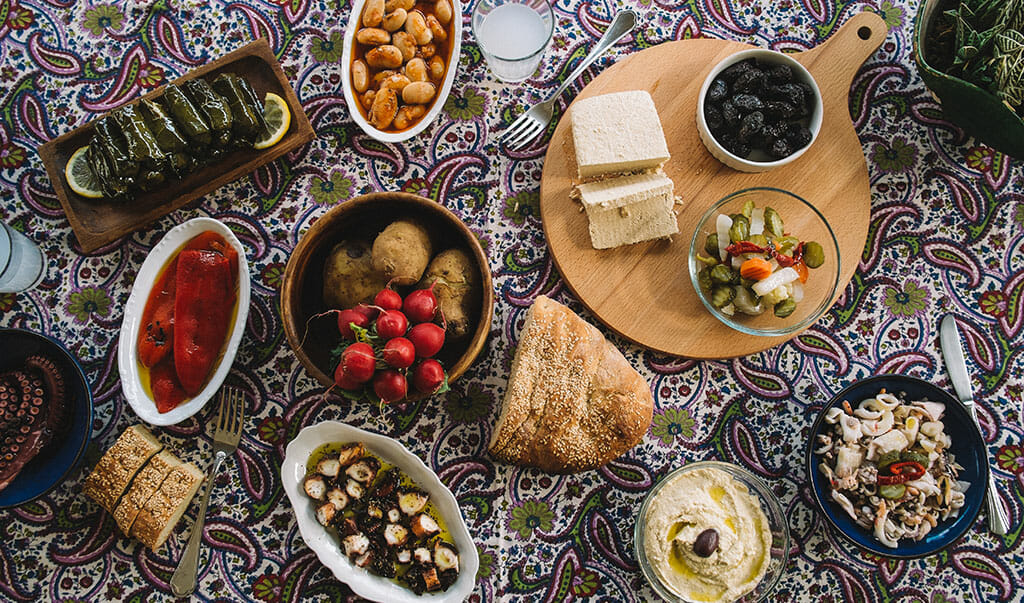 Athens | By Diana Farr Louis
By Diana Farr Louis
AthensFrom Rio to Venice, from Cologne to New Orleans and from Patras to towns all over Greece, Catholics and Orthodox (along with believers and nonbelievers of every description) celebrate Carnival – the three weeks preceding Lent – with parades, masquerades, pranks, Dionysian revels and Lucullan feasts focusing on roasted meats. After all, the word “carnival”…