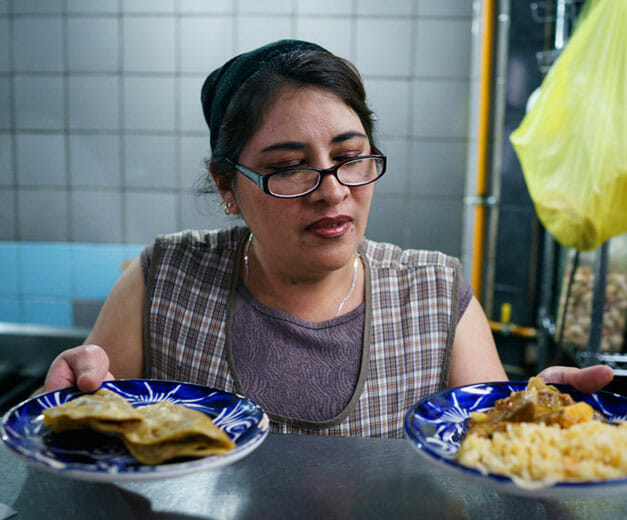 Visiting establishments with a lot of history always warms the cockles of our heart – even more so when that establishment is the oldest surviving cantina in the city. El Dux de Venecia didn’t start out as a cantina, but it became a drinking establishment in Azcapotzalco – a farming community that became part of Mexico City in the 1940s – during the Mexican revolution and has remained an important part of the neighborhood ever since.

The story goes that an Italian traveler decided to open a grocery store at the end of the 19th century. He named it El Dux de Venecia (The Doges of Venice) because he was originally from that Italian city. He offered all kinds of imported products from Europe as well as local ones, including deli meats, bread and alcohol. Because some customers consumed these items in the shop, the owner installed chairs and tables for their comfort. 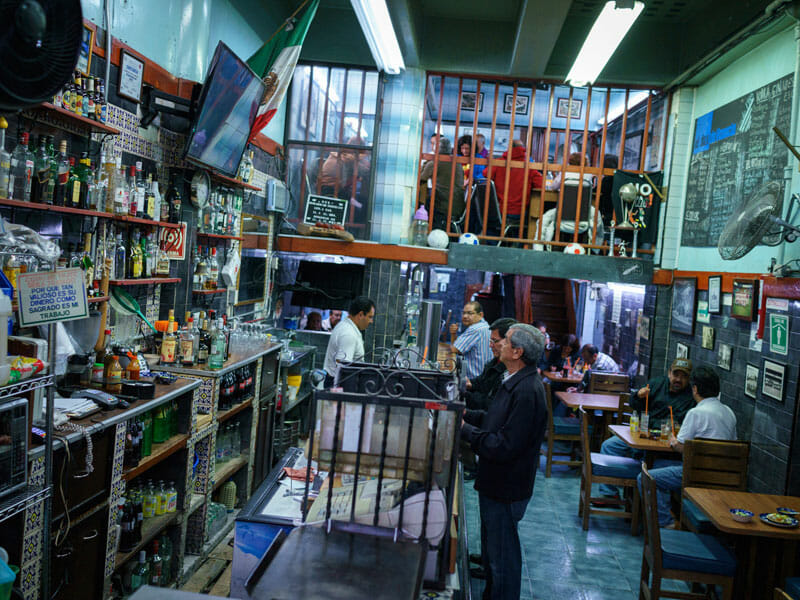 When the revolution broke in 1910, the owner moved back to Italy, leaving the business to one of his nephews. In 1918 the store separated in two: The grocery store became El Mundo de Colón, and the part where customers sat and ate and drank kept the original name and applied for a cantina permit, making it the first cantina in Azcapotzalco and the third in Mexico City.

El Dux de Venecia follows typical cantina protocol. Patrons order their drinks and the botanas – small portions of guisados (cooked meats or vegetables) – come free. There are around four or five courses of botanas at any cantina, and at El Dux de Venecia the ones we tried were more than simple bar food. Enrique Escandón, the current owner and a direct descendant of the founder, mentioned that the botana menu changes every month. However, some botanas never change, such as escargots in spicy sauce on Tuesdays, pozole on Wednesdays and carnitas on the weekends. 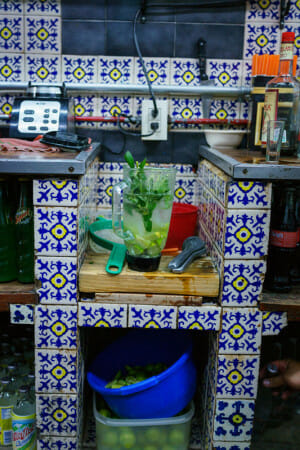 On a recent visit, the botanas included chicken soup, meatballs, pork chops cooked in a tomato sauce and delicious beef in green sauce. We washed it all down with draft beer and the house drinks, limón and prodigiosa. The former, a refreshing concoction of vodka, syrup, spearmint, lime and ice, was invented by one of the bartenders back in the 1950s and has remained a signature drink ever since. Prodigiosa is an herb liqueur made in Estado de Mexico, and it’s the foundation of the drink of the same name at El Dux de Venecia, which is mixed with anise and vodka.

Cantinas sometimes get a bad rap for being dangerous and sleazy places. We haven’t found this to be true of the ones we’ve visited in Mexico City — particularly El Dux. Everyone here is very relaxed; many come to play dominoes while enjoying their food and drinks. Domino tournaments are held here twice a year. The cantina transported us back in time to an Azcapotzalco that was not yet part of the big city, and we still think of it as a gateway to new culinary exploration.

This article was originally published on March 31, 2015. 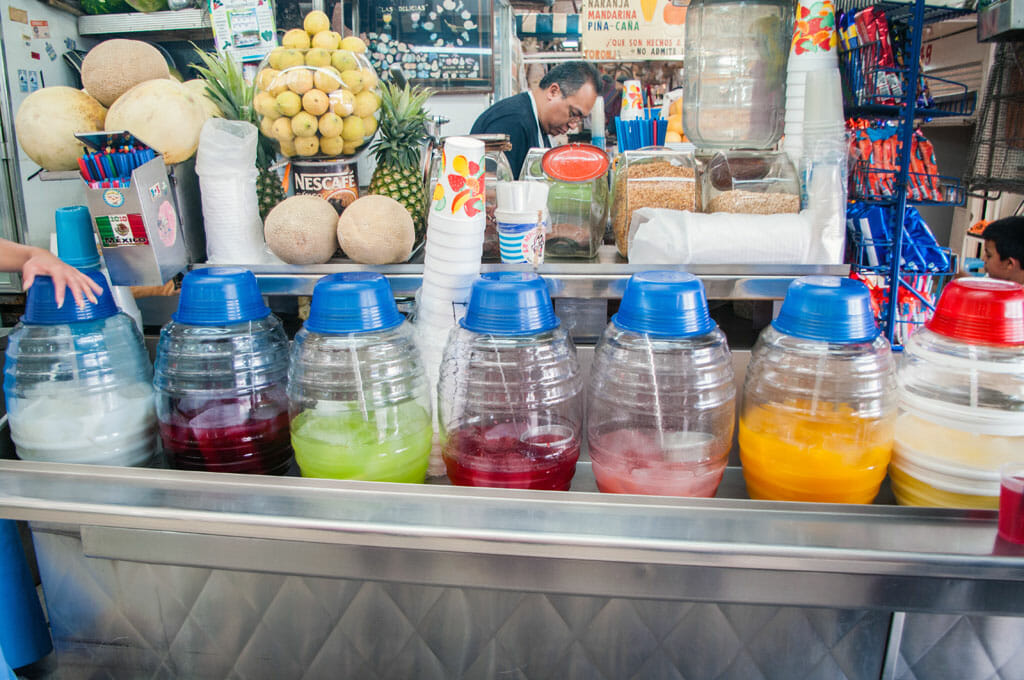