In Cuautémoc, Delicious Tacos by the Basket | Culinary Backstreets 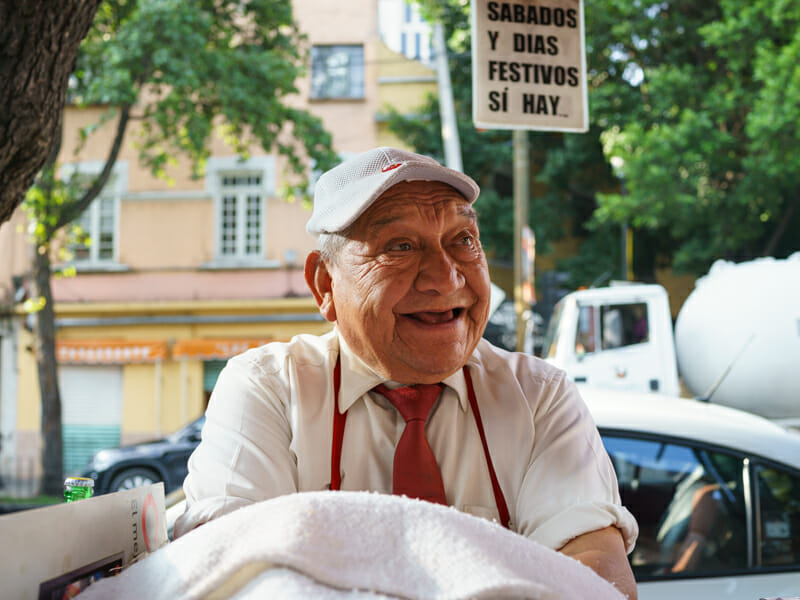 Just a block away from Mexico City’s financial district, one unlikely food star sets up shop every morning. From Monday to Saturday, at La Abuela, 72-year-old Arnulfo Serafin Hernandéz feeds hungry office workers, commuters, neighbors, school kids, government officials and tourists from all over the world with one of the simplest Mexican dishes: tacos de canasta.

He fries a corn tortilla a little in lard or oil, fills it with one of the prepared ingredients, folds it in half and places it carefully inside a canasta, or basket. He wraps the tacos in cloth and covers them with plastic to keep them warm. This also makes them moist and soft when serving, two of the most important characteristics of a good taco de canasta. 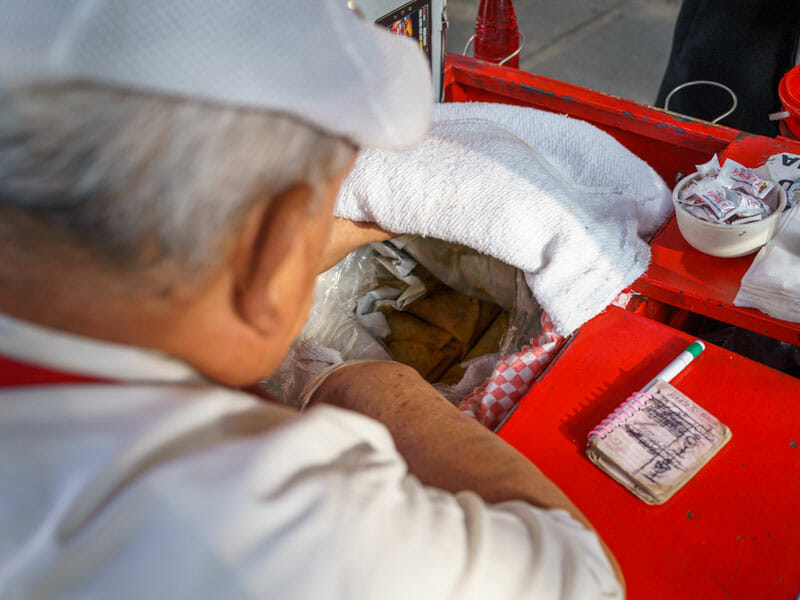 Of course, great flavor trumps everything. And on that score, La Abuela tacos de canasta are some of the best we have tried in D.F. For two generations, Arnulfo’s family has been preparing tacos de canasta. “My aunt, Mrs. Delfina,” Señor Arnulfo tells us, “started this business 37 years ago. She has passed away, but her children continued the business and named it La Abuela [Grandma] after her.”

Although the operation of the business has grown since Mrs. Delfina started the business, everything is done by the family in the neighboring Azcapotzalco delegaciòn. Family members are in charge of everything, from making the tortillas and the fillings to delivering the canastas and salsas to the different stalls they have set up around the city. The administrative and legal offices are also manned by family members. “It’s a family franchise,” Arnulfo explained, when we asked who was in charge of preparing the tacos. 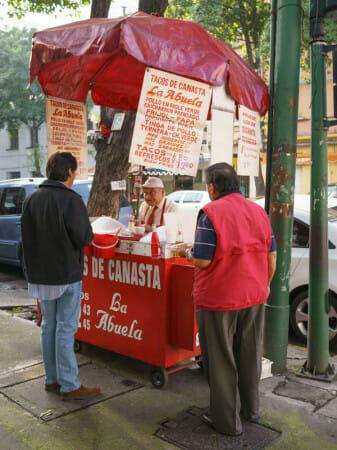 The result of this tight operation is a product that everybody loves. Tacos de canasta are usually filled with mashed potatoes or refried beans only. But La Abuela offers six more varieties for its customers: chicken in green mole, chicharròn prensado (carnitas scraps cooked in red salsa), cochinita pibil, tinga de pollo (pulled chicken cooked in a tomato sauce), ternera (veal) and chicharròn en salsa verde (pig skin cooked in green sauce). We’ve tried one of each kind, and, though we like them all, the ternera and chicharròn prensado are our favorites.

Arnulfo is a charming guy who enthusiastically engages in conversation with all his customers. If a camera comes out he invariably smiles and poses for a picture. It comes to him naturally, after his having been featured in dozens of local magazines, national papers and TV shows. He gives us a long list of all the media where he has appeared and adds that many international venues have featured him as well.

Grandma would be proud.

This review was originally published on July 28, 2014. 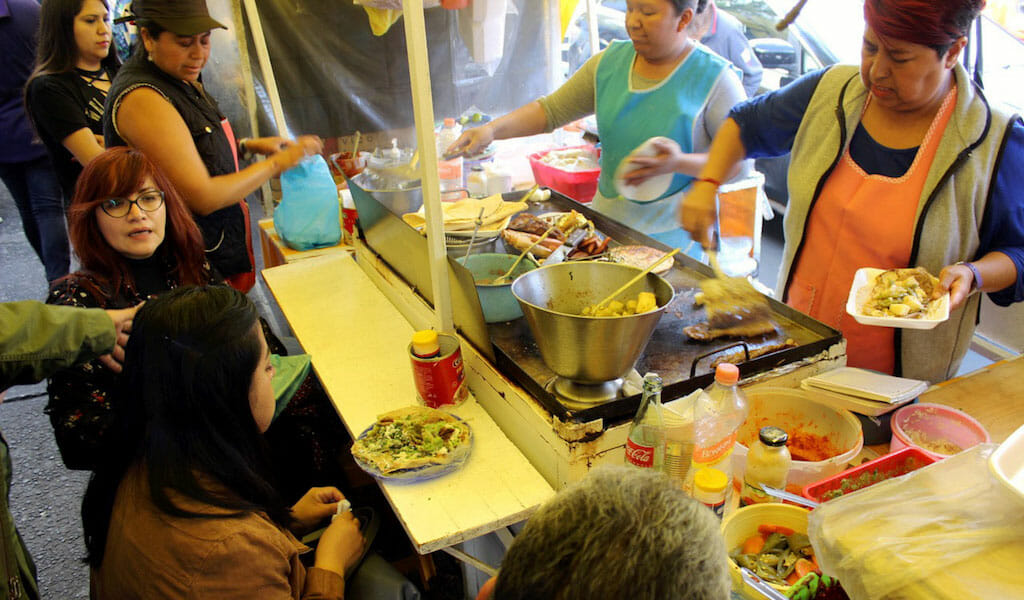 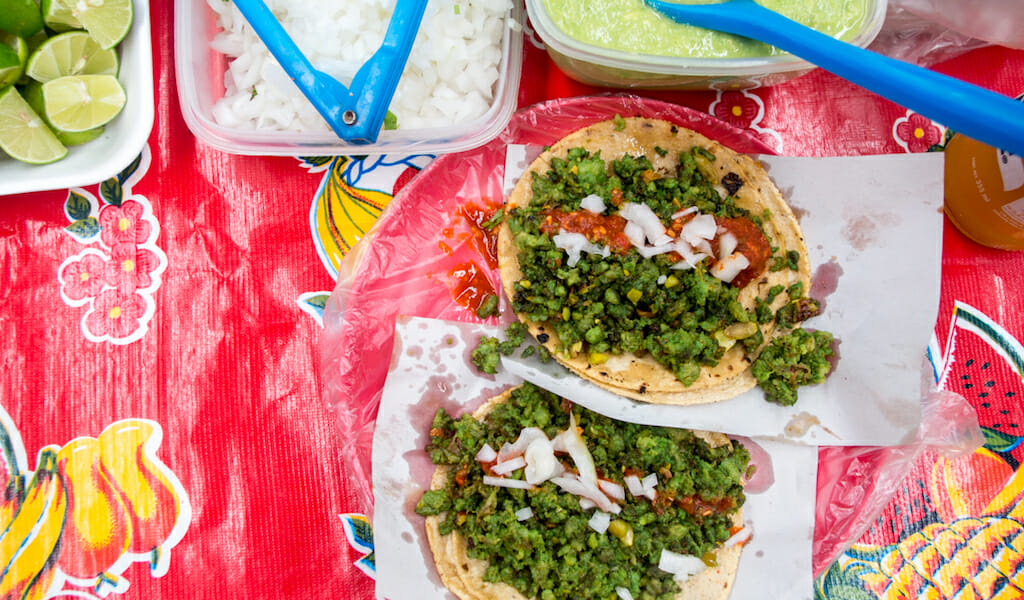