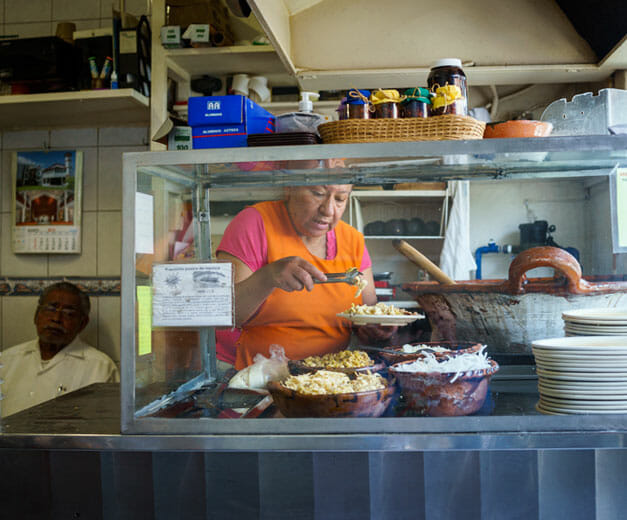 We’ve written about mole before, but it’s possible that there aren’t enough words to spill on such a complex dish – probably the most complex in all of Mexican cuisine. Mole has become part of the mainstream culinary scene in Mexico, and many restaurants now sell it every day of the year. However, very few places are mole-only eateries, and even fewer have a mole great enough to have sustained business for decades. One of our favorite eateries, Fonda Mi Lupita, a small fonda in the Centro Histórico that started making mole in 1957, holds that rare distinction.

Owner Rosendo Gutierrez and his wife are originally from Estado de México. After they got married, they decided to combine two mole recipes from their native towns and the result was the mole nupcial they have been serving for more than 60 years. Their mole recipe is top secret; Rosendo is zealous of keeping it that way, but we were told that it contains three different types of chilies, fruit and several spices, for a total of up to 30 ingredients. The result is a thick and smooth sauce that is mild with a touch of sweetness. 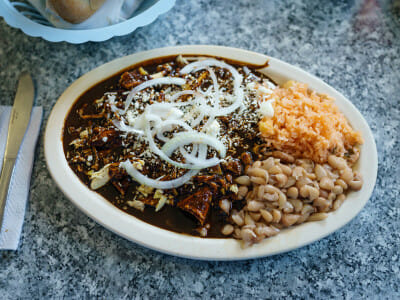 When we arrived we ordered the “Caldo Especial,” a chicken broth served with rice, pulled chicken breast, avocado slices and chipotle chile. It was the perfect prelude to what came next. Our main dish was “Enchiladas Especiales,” mole enchiladas served with pulled chicken breast, onion and two types of cheese. Bread is brought to the table so you can scoop up every last drop of mole on your plate. If the enchiladas get dry, the server can give you a mole top-up. You can also order a piece of chicken, such as legs or thighs, bathed in mole and served with rice.

Fonda Mi Lupita offers special dishes a few times a year. During Holy Week and the winter holiday season you can order romeritos, a dish made with the sprigs of a wild plant of the same name that 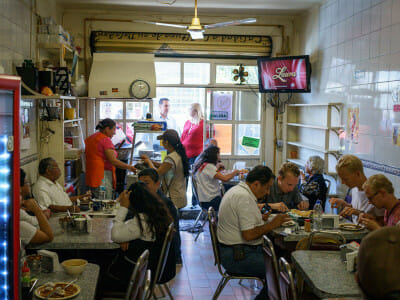 resembles rosemary as well as the house mole, and bacalao a la vizcaina, a cod dish of Basque origin. In September and August, chiles en nogada are prepared to celebrate Mexican Independence Day.

Many well-known political, entertainment and social figures have passed through this small establishment, but the loyal clientele who have been coming for many years from all over the city are the ones who have made Fonda Mi Lupita into the culinary institution it is today. 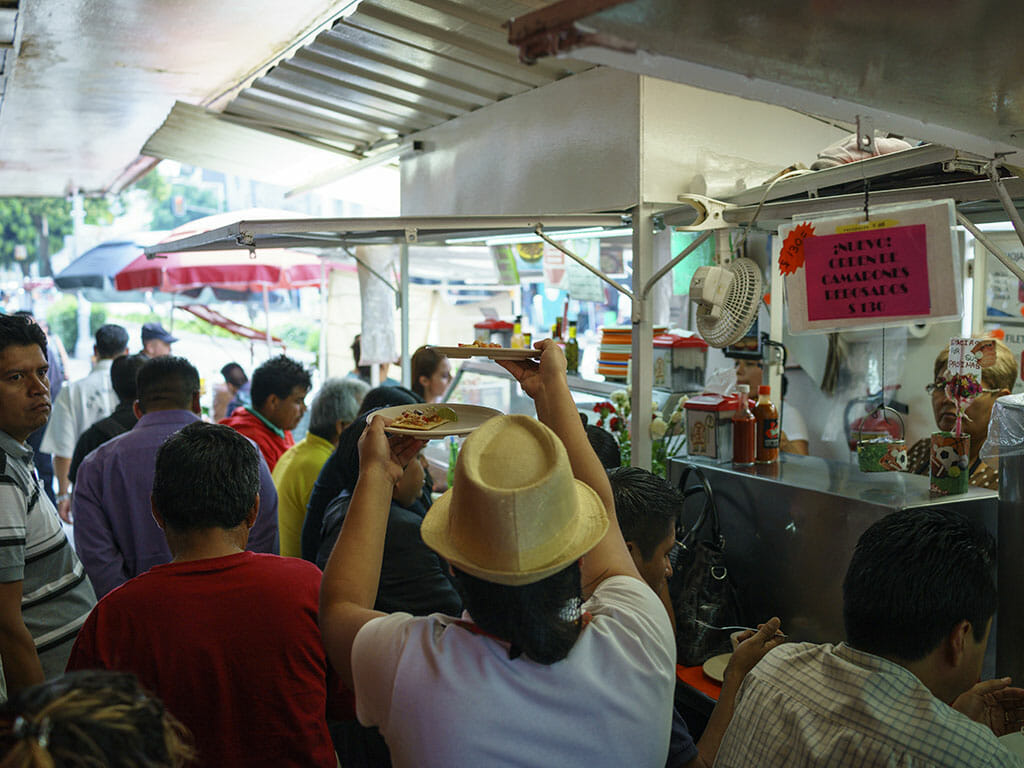 Mexico City | By Ben Herrera
By Ben Herrera
Mexico CityEditor’s note: We’re celebrating another year of excellent backstreets eating by taking a look back at our favorite restaurants and dishes of 2015. Tacos El Patán For the second consecutive year, tacos El Patán has made it to our list of favorite places to eat in Mexico City. This eatery is located in one of… 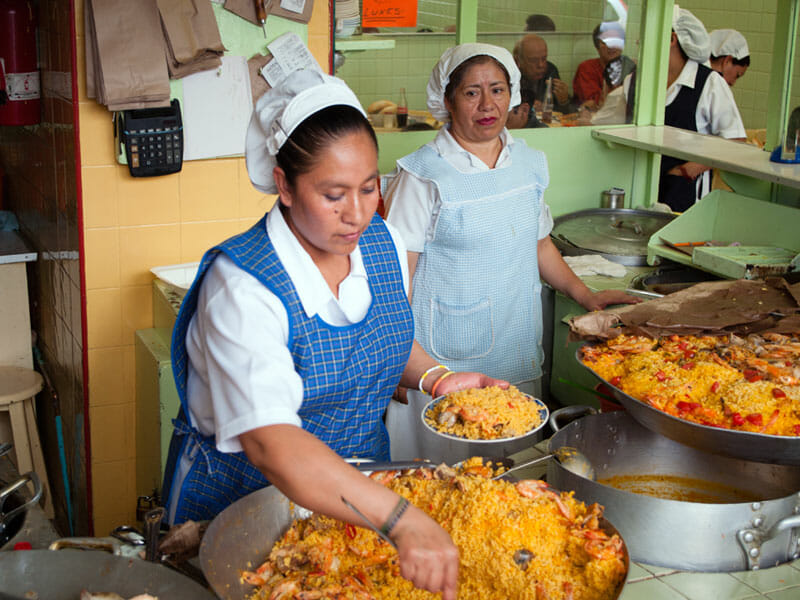 Mexico City | By Ben Herrera
By Ben Herrera
Mexico CityIn recent years, downtown Mexico City’s once grimy Centro Histórico has undergone a remarkable transformation. The government and private enterprises have invested in new infrastructure, pedestrian walkways, parks, hotels and high-end apartment buildings that give the area the look and feel of a district that is part of a modern, dynamic capital city. Yet no…
Fonda Mi Lupita
Buen Tono 22-4 (at the corner of Delicias), Centro Histórico
Tel. +52 55 5521 1962
Hours: Mon.-Sat. 1-6pm; Sun. 10:30am-6pm