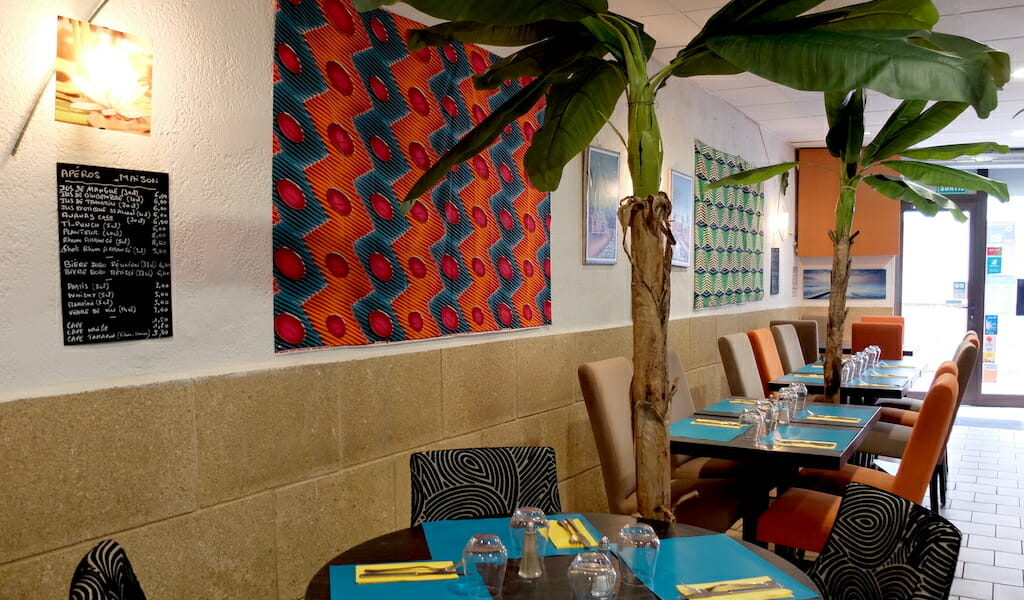 Just as Marseille’s Mediterranean port has welcomed people from across the globe for centuries, Île de Réunion’s plum location in the Indian Ocean has made the island a crossroads for many cultures. Each one has tossed their ingredients into the melting pot of island cuisine.

The island’s first colonists, the French, brought their technique for daube (stews) in the 17th century. During the burgeoning coffee trade, enslaved Malagache (people from Madagascar) brought ginger and chiles from their much-larger island just to the west. In the mid-1800s, Indians working on sugar plantations brought a myriad of spices: masala, turmeric and cinnamon, to name a few. At the turn of the 20th century, the Chinese brought with them soy, oyster and fish sauces as well as frying techniques. 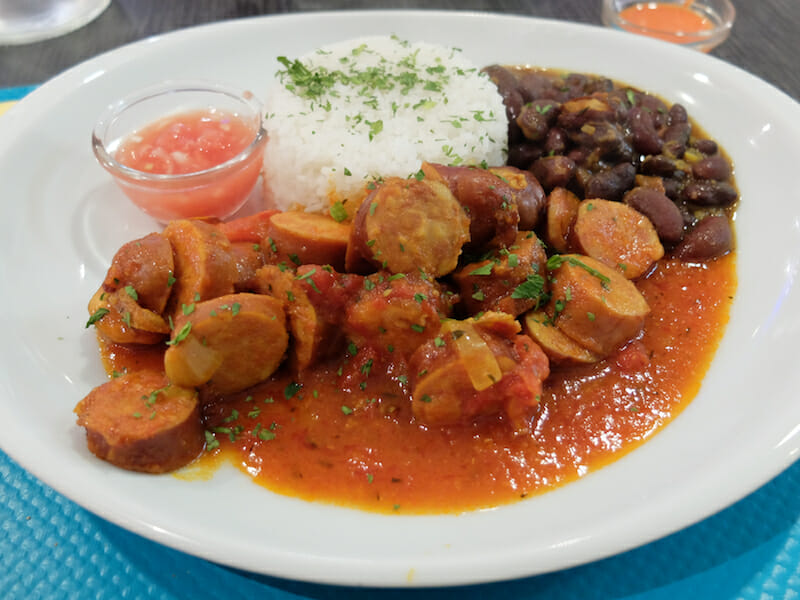 Since 1946, Île de Réunion has been a French overseas department (DOM), allowing for easy migration between the island and the mainland. Currently, one out of seven Réunionnais live in metropolitan France, spread mostly across the south of the country. Though one of the most famous Marseillais – the Olympique de Marseille football team’s star player, Dmitri Payet – hails from the island, the city’s community is not enormous. That didn’t stop a Marseillais from opening a restaurant that brims with Réunionnais flavors.

Le Tamarin is a no-fuss spot that serves island classics like cari (curry) and rougail (smoked sausage in tomato sauce), which can all be washed down with rum. In addition to being one of the only tables in town specializing in cuisine Réunionnais, they also are influenced by other Indian Ocean islands: Mayotte (a fellow DOM) and Comoros, the former French colony that feeds one of Marseille’s largest immigrant communities. This is créole cuisine from the Indian Ocean, not the Caribbean Antilles, though there are some dishes on the menu that have island hopped.

Le Tamarin’s food is made by a trio of female cooks, whose varied provenance – from Île de Réunion, Comoros, and Mayotte – together form a snapshot of Indian Ocean cuisine. When we ask about the similarities, owner and Marseille-local Daniel Haering explains, “there is much crossover between the islands.” Everyone eats rougail, a tasty tomato, onion sauce, whereas “the smoked sausage beloved in Réunion is replaced with chicken in more Muslim-heavy Comoros and Mayotte.” The island classic is served with white rice, flavorful stewed beans and a different rougail, rougail tomate, a raw tomato pulp and shallots condiment that adds zing to everything. 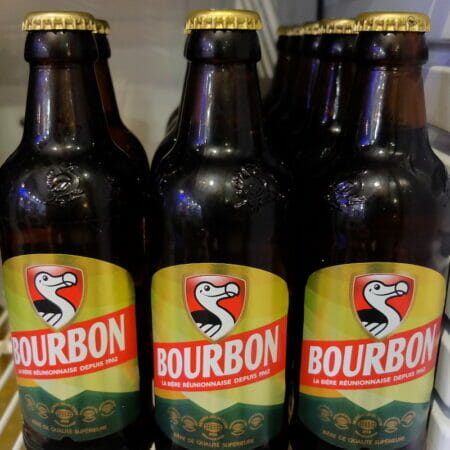 Equally popular, cari (curry flavored with onion, garlic, ginger and turmeric) plays a prominent role on Le Tamarin’s menu. Choose from poulet (chicken) and a rare vegetarian option, papaye vert (green papaya). Both are served with achards, julienned veggies sautéed in oil. One of our favorites, veau massale, features tender chunks of veal in a fragrant masala sauce flavored with coriander, cumin and other fragrant (and secret) spices. Mayotte’s national dish, madaba, is made by slow-cooking manioc leaves in coconut milk. Resembling Indian saag in flavor and texture, there’s one ingredient we can’t put our finger on. Daniel solves the riddle, admitting “there’s a bit of canned tuna fish mixed in.”

Though peppers play a prominent role in island cuisine, the dishes at Le Tamarin are more mellow. “We let the customers add the heat,” says Daniel, since many French people don’t like spicy food. Or, more aptly, lack experience eating it as traditional cuisine Française is never piquant. The electric orange hot sauce made in-house from piments antillais invites customers to try. When our waitress brings a tiny dish to our table, she warns us: “Eat too much and you’ll be spending the night on the toilet.”

Le Tamarin’s food is made by a trio of female cooks, whose varied provenance – from Île de Réunion, Comoros, and Mayotte – together form a snapshot of Indian Ocean cuisine.

You can always cool off with one of the many beverages at Le Tamarin. The classic rum drinks are pretty potent. Rhum arrangée, fruit-infused rum, is sipped straight. Or opt for a ti’ punch, a shot of rum mixed with sugar and lime that was created on the island to celebrate the abolition of slavery. Not a fan of hard alcohol? Order a bottle of Réunion’s Dodo beer.

For a less potent kick, the housemade juices burst with island flavors, like mango, tamarind (the sweet and sour fruit for which the restaurant is named) and ananas coco (pineapple coconut.) We adore the bracingly good gingembre (ginger) and lime juice. This sure-fire cold buster is so potent it makes our eyes water.

Like Marseillais at apéro, Réunionnnais like to pair their drinks with amuses-bouches like accras, the salt-cod fritters that are a Créole classic. Nem (fried spring rolls) and bouchons (steamed dumplings filled with chicken and kaffir lime) reflect the Chinese influence on island cuisine. The samosas, tasty, triangle-shaped bites filled with veggies or ground beef, helm from India. We love how the island version is made with a thinner, phyllo dough (like Tunisians use for briks) that deliciously shatters in your mouth. 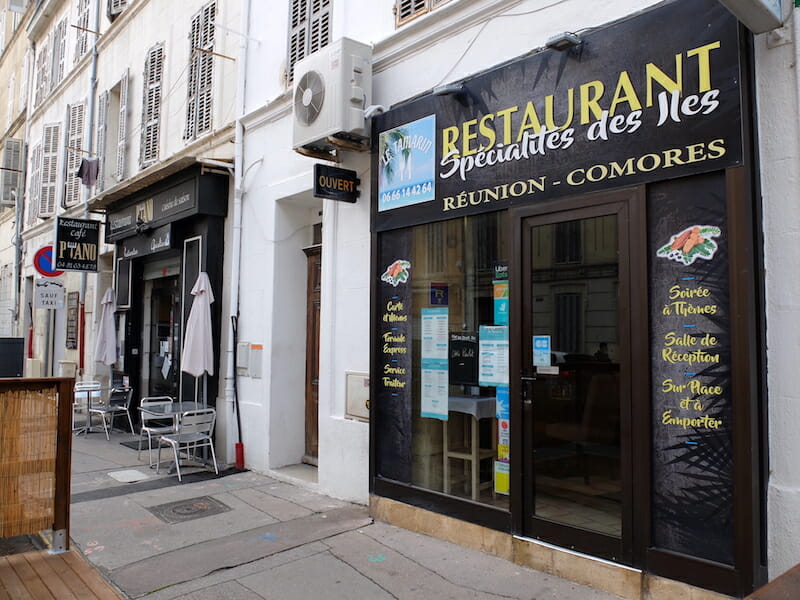 The housemade desserts are baked in small portions suited for the filling mains. Though, we wish they were supersize after one bite of the super moist gâteau banana (banana cake) and gâteau patate douce (sweet potato cake) – served piping hot with a pool of créme Anglaise. A small shot of rum is also an apt end to a meal, for both the couple besides us celebrating a birthday and the regulars that Daniel thanks via a complimentary sip.

Daniel himself fell for cuisine Réunionnais while visiting the lush, volcanic île (80% of tourists come from mainland France). Recognizing his hometown lacked island-centric tables and craving a career change, the soft-spoken Marseillais decided to dip his toe into the restaurant business. Daniel found an unassuming spot on a side street near the bustling Place de Castellane, and tracked down cooks who knew the cuisine in and out. Colorful fabrics from the Mayotte add a little island flair to the sparse space. Banana palms sprout among the tables – one even has Le Tamarin’s mascot, a faux red tropical bird, perched on it. A soundtrack of séga, music from Réunion and neighboring Île de Mauritius, pumps up the island vibes. Close your eyes, and you could be at a beach bar enjoying rum-based sips.

But while Le Tamarin might offer a getaway for the tastebuds, the Covid-19 pandemic is still a hard reality for the business. After a smooth start five years ago, the ups and downs of restaurant life – long hours, daily shopping for ingredients, constant troubleshooting – have set in. Each time we’ve dined there, the tables are no more than a third full, despite each diner, including ourselves, singing the food’s praises. Thankfully, the row of brown paper bags along the bar show that lunch takeout is steady.

Many of the midday customers are neighboring Préfecture workers who “don’t have time to eat out nor walk far for food,” explains Daniel. As the long lines out front illustrate, Préfecture workers are perpetually busy processing visas for immigrants hoping to make Marseille home. Each one will infuse their country’s traditions and culture into the city. Just as the chefs at Le Tamarin offers us a cuisine from 5,000 miles away. 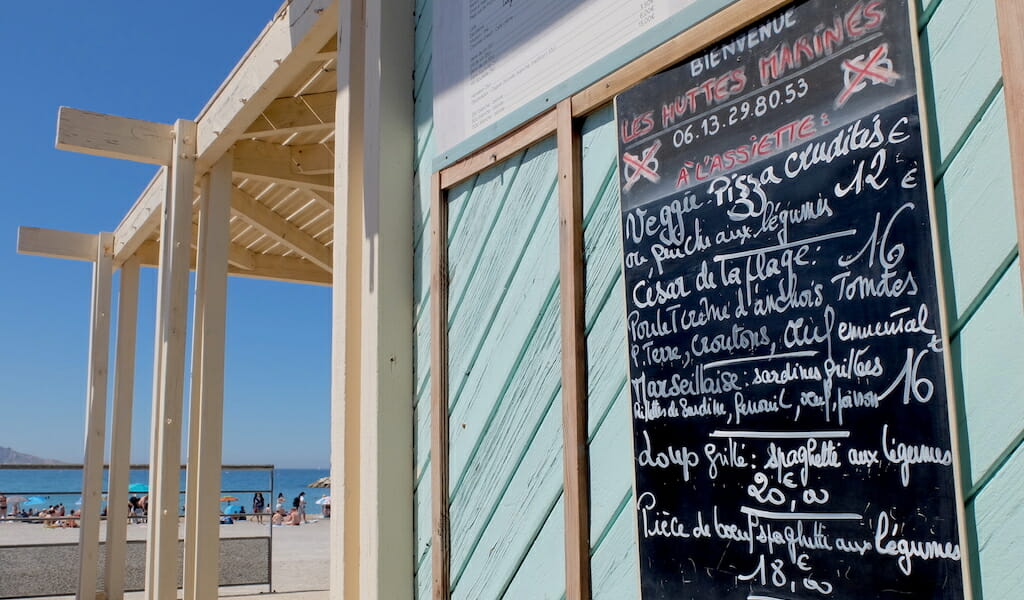 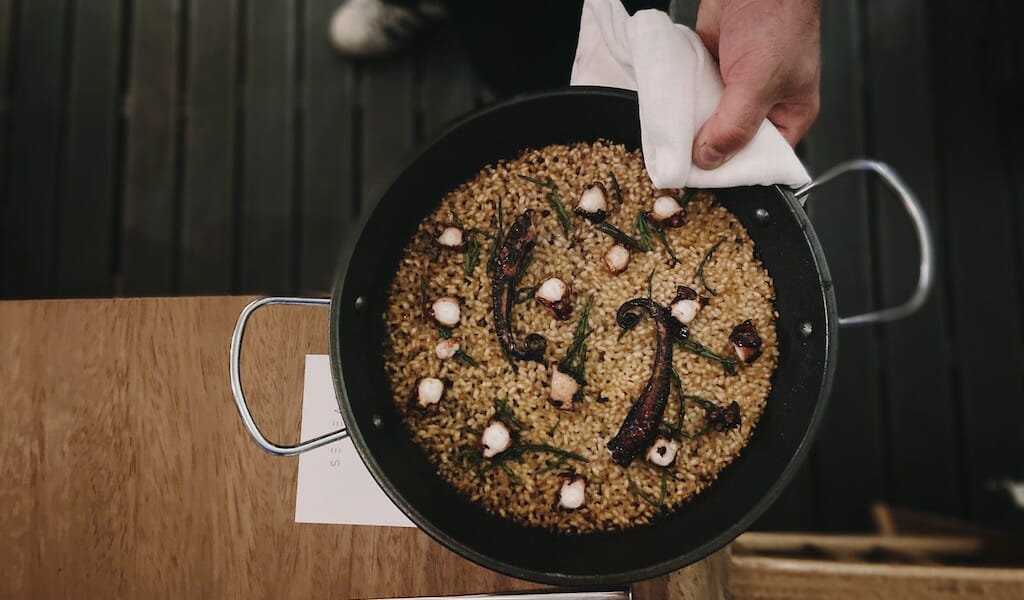 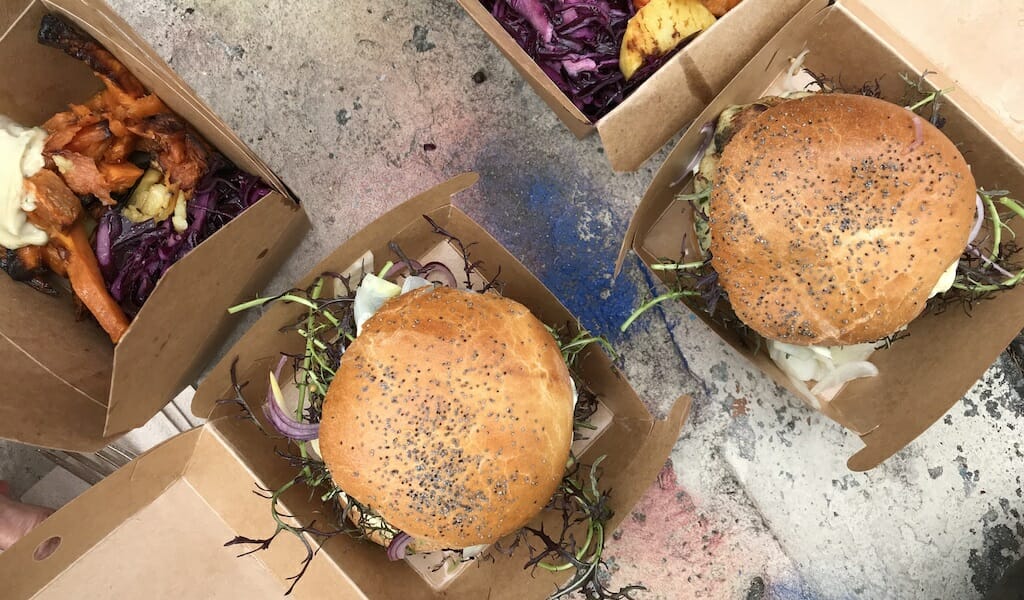 Marseille | By Alexis Steinman
By Alexis Steinman
MarseilleFor the first five months of 2021, eating out in Marseille was limited to takeout due to France’s strict Covid-19 measures. Some chefs managed to make magic in to-go boxes. Others became sandwich maestros – including 3-Michelin-starred chef Alexandria Mazzia, who launched a food truck with croque-monsieurs. When we craved company, we’d bring an oh-so-Marseille…