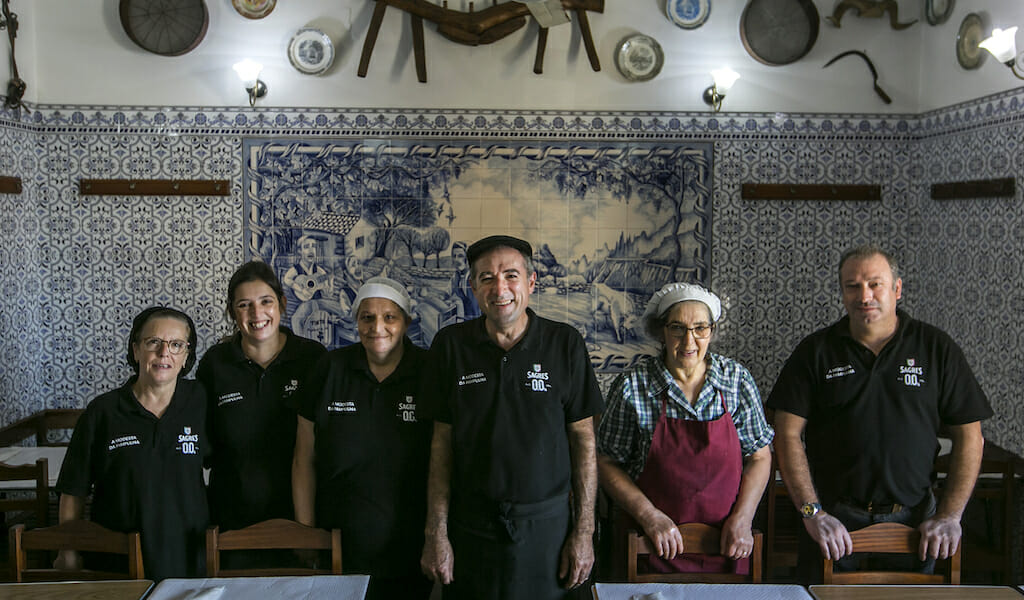 Like many of our favorite Lisbon restaurants, Modesta da Pampulha has very humble beginnings. Originally opened in 1920, the eatery started off as a shop selling charcoal and bulk wine with a simple tavern on the side, evolving over the years to become a temple of homestyle Portuguese comfort food.

During the week, office workers from the Pampulha area – between the busy Lapa and Alcântara neighborhoods – along with staff from the nearby Ministry of Education and taxi drivers from a stand just in front of Modesta da Pampulha, gather for lunch in the small restaurant to eat the freshly-made daily specials or charcoal-grilled fish and meat.

Watching over this crowd of regulars are owners Leonilda Lourenço and her husband, Manuel Gonçalves, who took over the tavern some 50 years ago when they arrived in Lisbon from Vila Nova de Cerveira, a small town in northwest Portugal’s Minho region. Initially, they kept things as they were, running the tavern and selling bulk wine – some barrels and metal cups, now used as wall decorations, are a reminder of that time – but over the years, the couple started modifying and improving the place, decorating it with traditional blue and white tiles and eventually turning it into a proper tasca serving classic Portuguese petiscos. 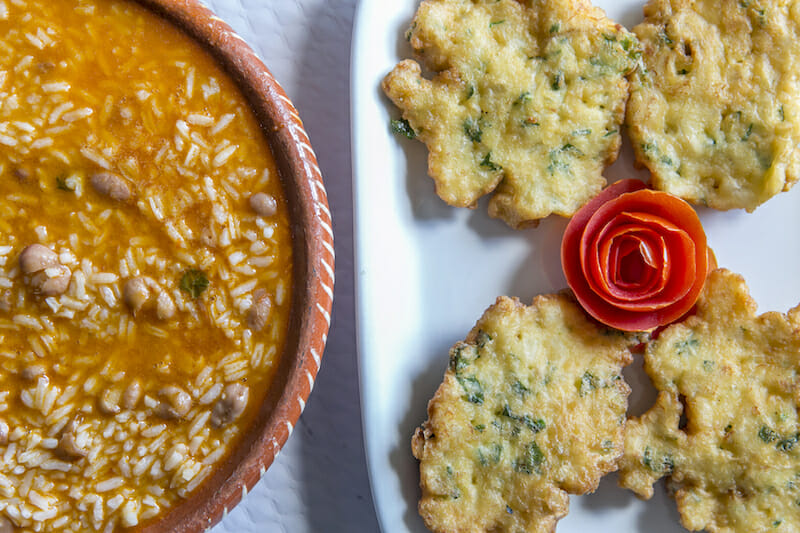 Leonilda, now 81, can still be found in the kitchen, cooking her beloved and famous cod fritters. But mostly running the show is her son-in-law Duarte Campos, 54, who first started working at Modesta da Pampulha 21 years ago and has since been methodically learning all of Leonilda’s recipes and cooking tricks. He’s learned well: After Leonilda taught him how to make her famous meat croquettes (soft beef and pork, breaded into a cylinder and deep fried), for which they get a large number of take away orders every week, he’s now the restaurant’s master of the dish. “While I roll 100, my colleagues do 25,” he jokes.

The tavern-turned-restaurant is now considered a pillar of neighborhood life and a prime lunchtime destination. Spotted among the diners in recent years was the Minister of Education, although Duarte insists all their guests are treated like, well, family.

Besides all the precious information gleaned from Leonilda, Duarte has researched old cookbooks in an effort to preserve traditional homestyle dishes (such as fava beans with sausage and pork belly or cow trotters with chickpeas) that have slowly disappeared from tasca menus. The chef is also the one who watches over Modesta da Pampulha’s old-fashioned charcoal grill. “I try to grill the fish properly so it’s not too dry or undercooked, just the exact time, to preserve the juices. There’s nothing worse than a nice seabass or a sardine overcooked,” he says. 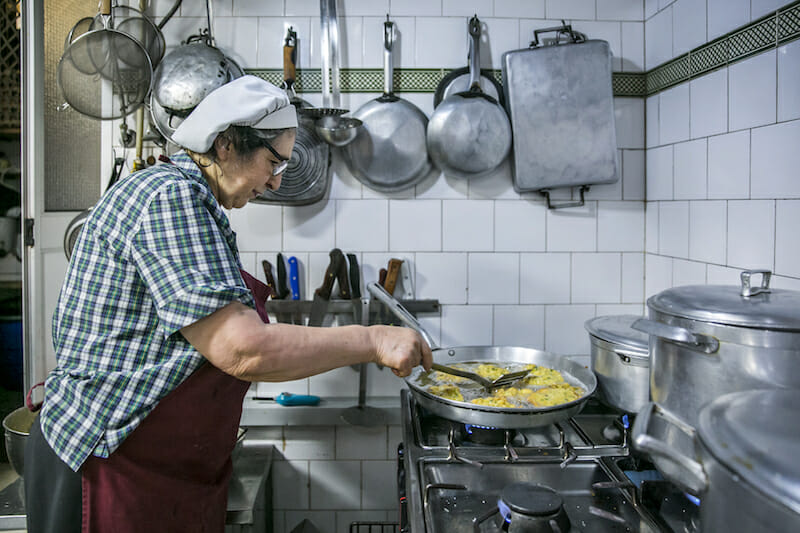 Duarte is also proud of using only fresh produce from the Oeste (the fertile region northwest of Lisbon) and making everything from scratch, from fries to tomato sauce – even the beans and chickpeas are soaked and cooked in-house. “We don’t like beans from a can ourselves, so why would we serve it to our customers?” he says.

While Duarte holds down the kitchen, two other members of the family, daughter Anabela and her husband Vitor, run the front of the house, working behind the lunch counter and also waiting tables. It’s a busy job; before the pandemic they had days when they served 160 meals at lunchtime. Anabela, who first started helping out in the restaurant when she was six, has essentially spent her whole life working in Modesta da Pampulha. “When my parents started running the restaurant, my sisters and I were discriminated against,” she recalls. “We were called the filhas de tasqueira” – daughters of the tasca lady – “even at school. I don’t know why. Perhaps because my mother was selling wine to men or because she was carrying barrels around. At school we felt the bullying, even from teachers. We were not well accepted,” she adds. 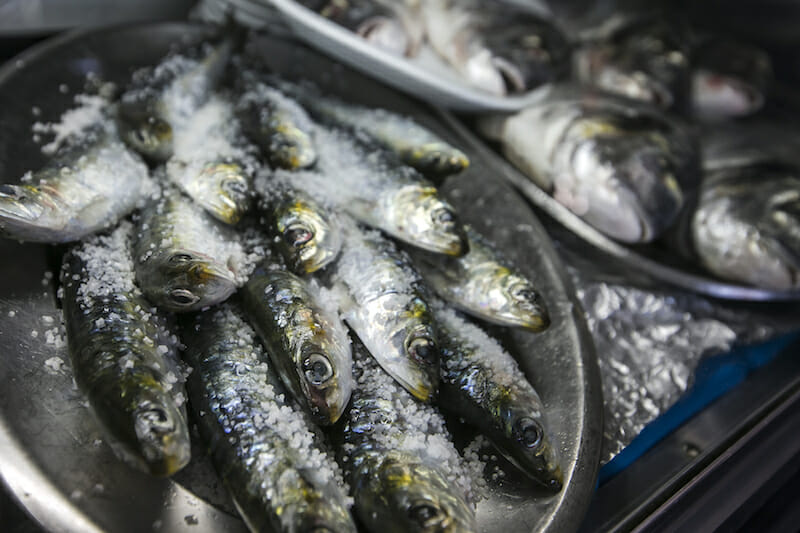 The picture is very different for the family today. Their tavern-turned-restaurant is now considered a pillar of neighborhood life – they have even helped some of their older customers get a hold of their digital vaccine certificates – and a prime lunchtime destination. Spotted among the diners in recent years was the Minister of Education, although Duarte insists all their guests are treated like, well, family. “We try to keep the food genuine, but we also think it’s important to welcome people, to show we care about them, to smile,” he says. “There’s never too many clients, even if we have a full house.” 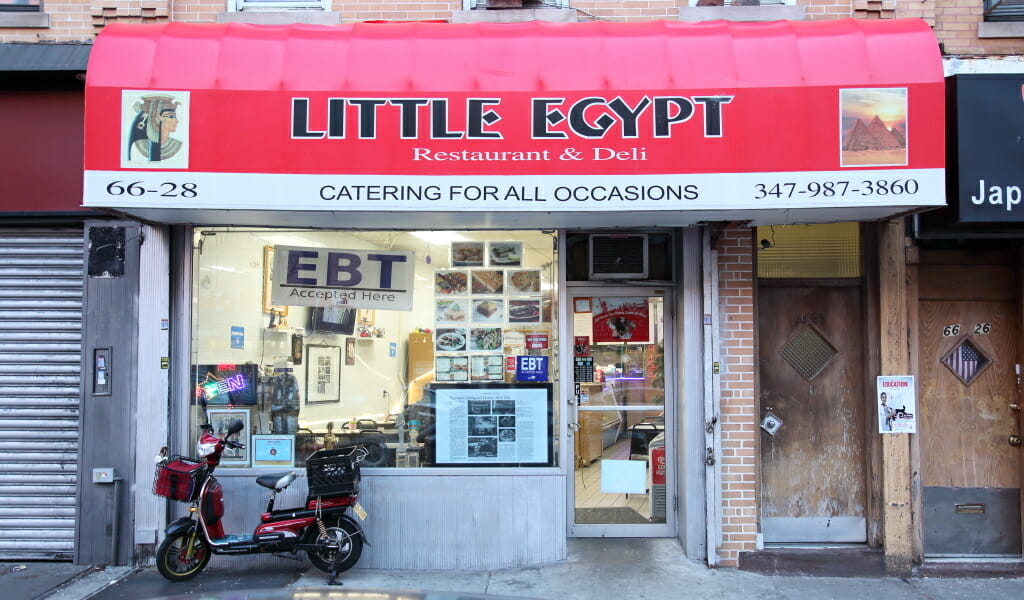