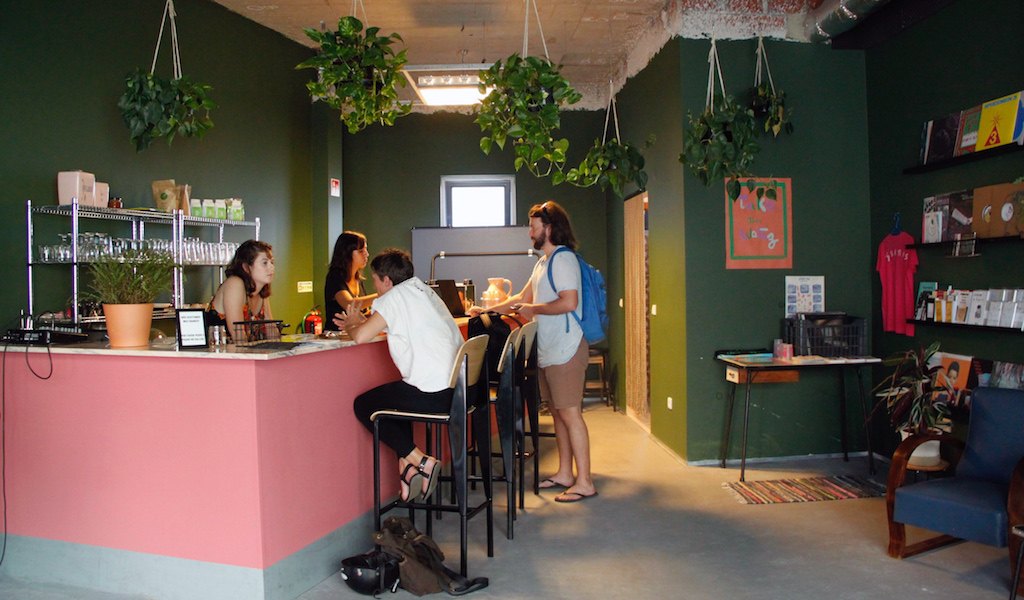 Valsa: Culture On the Edge of Town

Around 30 people crowd into a small bar in a quiet neighborhood in Lisbon for a film screening. It’s a Wednesday night, but the place, called Valsa, is full, despite the fact that it’s in a peripheral residential zone.

“Valsa” is the Brazilian translation of “waltz,” the Mittel-European folk dance that arrived to Brazil via Portugal in 1808. Danced in the elite salões of Rio de Janeiro, the term is now back on this side of the Atlantic, thanks to this tiny Brazilian-run association with one of the busiest cultural programs in the city. 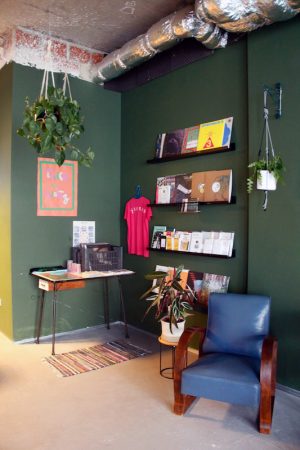 Marina Oliveira and Mariana Serafim (Nika) founded this one-room bar and venue earlier this year, with the aim of hosting events, talks, classes, performances and screenings almost every night of the week. Whether there are five people or 50, the drinks and tapas are flowing, and the vibe homely. A miniscule corner of Valsa is also dedicated to independent music from the city, selling wares – mainly vinyl records – from Cafetra (who has an artist play here every month), record store Flur and DIY promoters Lovers & Lollypops.

Before opening, the duo was part of a collective that organized cultural events, whether parties, shows or concerts, in São Paulo. They started with a blog, dedicated to fine arts, music and culture in general; at that time they were also D.J.ing in the Brazilian city. When Marina came to Portugal to enroll in a Masters course on urban sustainability in 2016, she left it aside when she found this space, located on a tranquil corner of Penha da França. “We have many Brazilians who come here obviously, but locals too. Our neighbors don’t seem to mind us being here!”

Whether there are five people or 50, the drinks and tapas are flowing, and the vibe homely.

“We were looking for a place to rent out of the touristic center, but at the same time, not too far from it,” she adds. Penha da França is sandwiched between the more known neighborhoods of Graça and Arroios, and was until last year ignored by any kind of initiative, especially cultural. It is a hilly, elderly residential area with small local groceries, ordinary cafés and humble, mostly empty restaurants, but with access to two stunning viewpoints: Monte Agudo and the Miradouro da Penha de França, located right next to a 16th-century church that was built on a promise from sculptor António Simões, one of the few survivors of the battle of Alcácer Quibir (an early failed attempt by Portugal to conquer Morocco). The church was rebuilt after the 1755 earthquake.

Though its main focus is hosting events, the bar serves up a minimal menu that represents a new generation of Lisbon food producers: bread from Micro Padaria, coffee from Fábrica Coffee Roasters, and draft artisanal beer from Musa brewery. Among the petiscos, there are tostas and local cheese platters served with homemade jams. The wine, chosen with advice from the long-running Lisbon wine bar Os Goliardos, also provides much-needed fuel for thought. 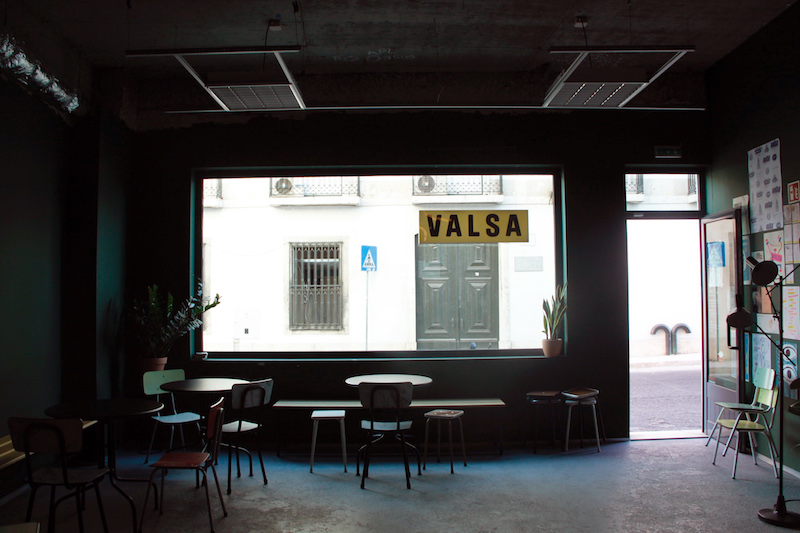 The cultural offerings are certainly a mix. “Today we have a short movie made by Brazilian women; tomorrow there is a concert; we also have an open mic night, where people can read texts, poetry, etc,” Mariana says. And anyone is welcome to propose events.

This formerly bucolic area, which used to attract Lisboetas wishing to walk in the countryside, became in the 20th century a zone of villas operarias – residential complexes for the working class provided by their employers. Currently, Penha da França is undergoing another change, as marked by the appearance of hip spots like Valsa, which could not survive elsewhere in the city because of eye-watering rents. It’s a mixed blessing for those here: it’s almost certain that this neighborhood will be the next target for the city’s real estate expansion. For now, young people here have a place to gather. 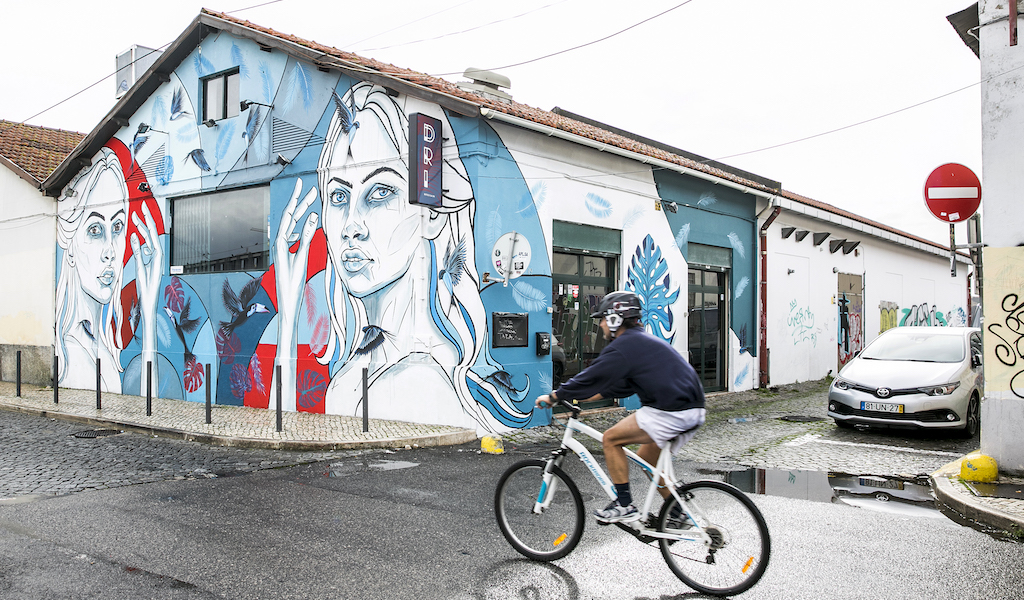 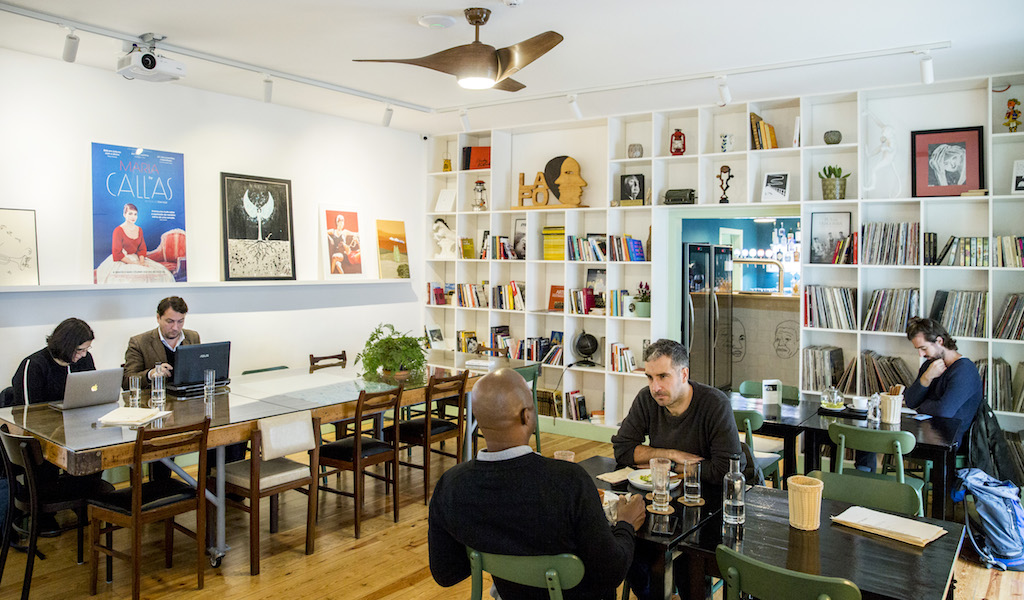 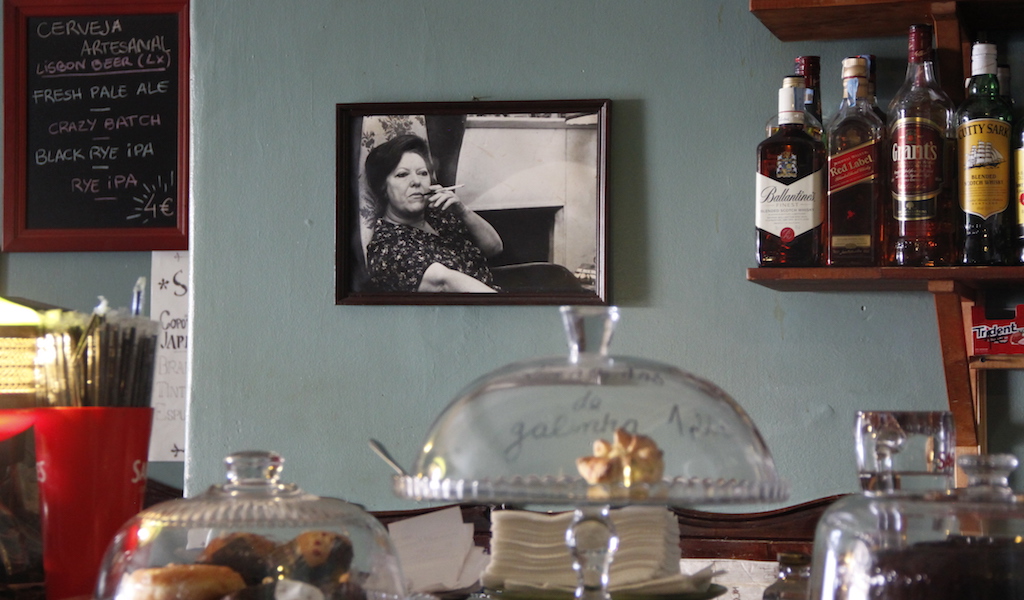 Lisbon | By Francesca Savoldi and Syma Tariq
By Francesca Savoldi and Syma Tariq
LisbonNext to some wooden shelves overloaded with spirits, a photograph of Natália Correia hangs on the wall. The photo’s placement makes it appear as if Correia, cigarette in hand, is surveying the small room, which is crowded with semi-broken tables. The late poet and upstart co-founded this tiny bar/café a few decades ago, and her…
Valsa
Rua. da Penha de França 270
Tel. +351 21 249 5720
Hours: Weds.-Sat. 4-10pm; Sun. 2-8pm