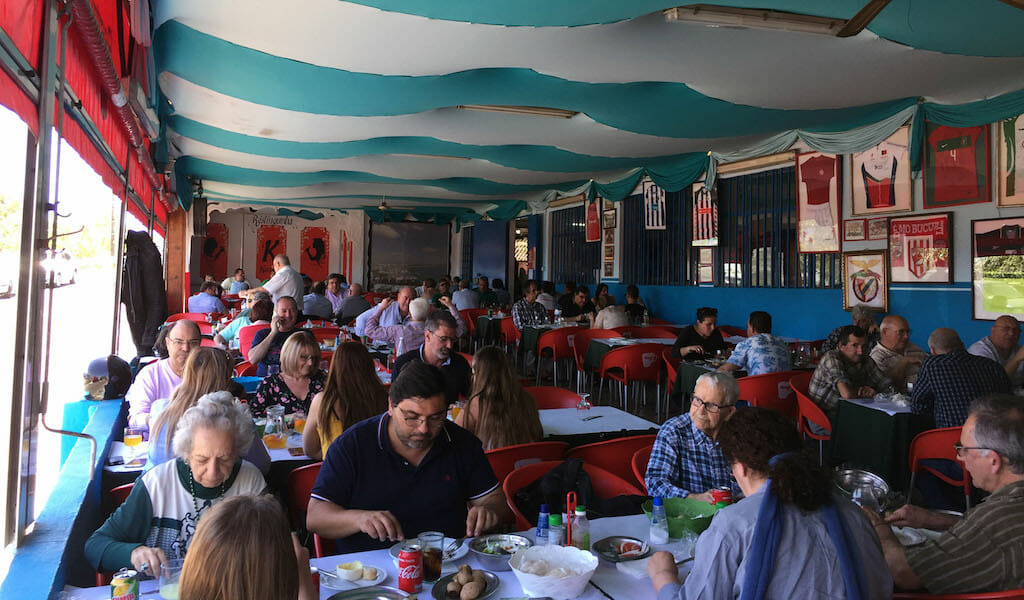 CB on the Road: From Gritty to Green Along the Sado River

The diverse bay of the Sado River estuary, with its old port towns, cork oak groves, ancient rice fields, beaches and wildlife, is only around 45 minutes south of Lisbon, but feels a million miles away from the Portuguese capital.

The history of this region – which includes the slightly gritty main city of Setúbal – goes back to Roman times, and it has had a strong connection to the ocean ever since.

Fish salting has been key to Setúbal’s economy from the first century onwards, with port activities developing in the 15th century and later more industrial development, particularly fish canning, in the 19th century. Canning was the most vibrant local activity for around 140 years before it began declining in 1995. The landscape today is divided between what remains of the industrial emblems of the city, including the still-working port, and the white beaches of the Tróia peninsula just opposite. 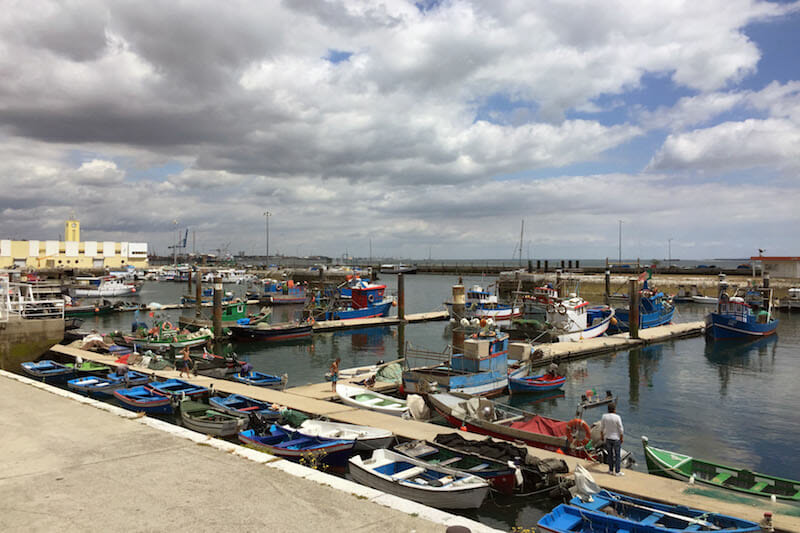 It’s easy to see why Setúbal, with its slightly rundown buildings and half-abandoned old town, has not been a popular destination choice for leisure trippers: if people do pass through, it’s on their way to the calm beaches lining the Arrabida Nature Park or the resort-casino enclave of Tróia.

But considering the “glitzification” of Lisbon’s dining scene, Setúbal is worth stopping in to try simple Portuguese fish and seafood, the way it’s always been done.

“We have always had the best to offer in Setúbal – the Sado River, the dolphins that live there, the beaches.”

The star of the show in these parts is choco frito, or fried cuttlefish: it has become such a local icon that cartoon-like statues devoted to it have popped up across the city’s public spaces. Oysters from the estuary are also big here, as well as the standard national dishes perfect for a summer evening – bulhao pato style clams, grilled sardines or red mullet, washed down of course with a local white wine.

There are two wildly varying spots to try the best version of choco frito. The first is Museu do Choco, opened in 2013 by Romeu and Rita Martins, a local couple who also run the fashion- and design-themed RM Guest House above the space, close to the ferry station. Upstairs and down, this venture marks the city’s new wave. “We have always had the best to offer in Setúbal – the Sado River, the dolphins that live there, the beaches. But it was never that visible, or I guess marketed,” says Romeu. “The Mercado do Livramento near here is considered one of the most beautiful in the world, and we have some of the best wine in the country. We Setubalenses are also, obviously, very nice people!” When entering the couple’s restaurant, the pride in their locale is revealed in a dedicated mini-museum relating the history of cuttlefish and the artisanal methods used to fish it. 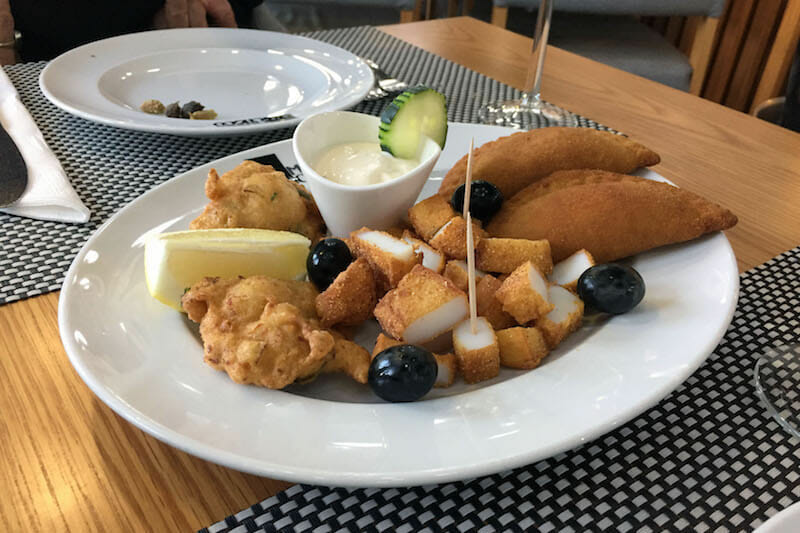 The popular dining spot Restinguinha, a charming, marquee-topped roadside diner located on Setúbal’s western edge, is another place to eat the traditional version of this mollusk – boiled in salt, bay leaf, pepper and garlic, cut into strips then marinated in white wine and vinegar before being fried in corn flour. Then, as per usual, the choco is served with a mountain of fries. “This place is more than 100 years old,” says Raquel, who works in the kitchen and whose family has managed the place for the last 10 years. “Before, it was managed by a family of Portuguese people born in Africa, whose name was Restinguinha, but I’m not sure, who were doing business there. Here, they had a zoo behind the place, with lions and monkeys.” Up behind the marquee roof is the beginning of the Arrabida Nature Park – luckily, today there are no animals in captivity, just an exotic array of wild birds, depending on the season.

Raquel then drops another bombshell. “Here in our maritime area we have sardines, red mullet, small cuttlefish and sole, which are caught by medium-sized boats; the small traditional boats you see in the bay fish the little cuttlefish, with artisanal techniques, net and traps. However, the little cuttlefish comes in small quantities and they are just for grilling, while the famous choco frito (more similar to squid), comes entirely from India.” Setúbal’s local culinary icon is today shipped from South Asia – an example perhaps of a broader phenomenon of food being used to spearhead a cultural and tourist revival, while conveniently ignoring the fact that star ingredients now come from abroad.

In spite of that, fresh local fish and seafood are still abundant, and that’s not all this rich territory has to offer. The large swathes of surrounding land occupied by luminous green rice fields, vineyards and hills populated by sheep and goats, complete the region’s gastronomic identity. 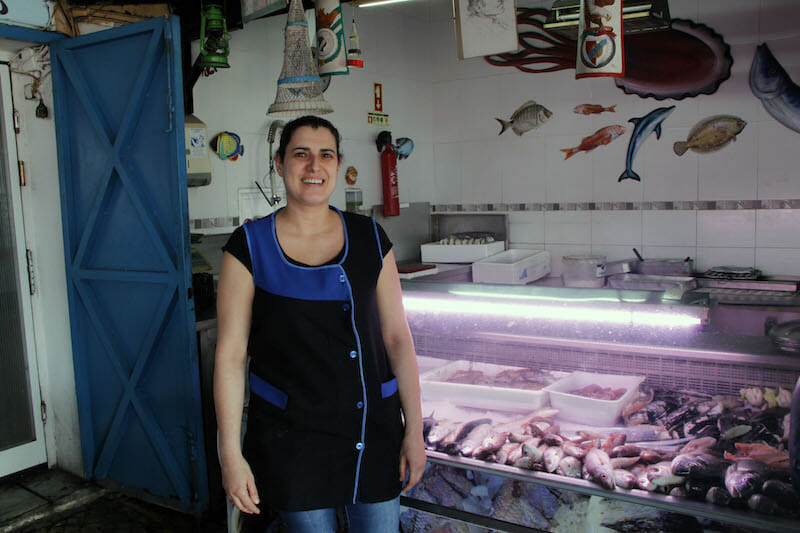 Alcacér do Sal, one of the oldest cities in Europe, was founded by the Phoenicians around 1,000 BC and was the capital of the Arab province of Al-Kassr in the 12th century – six centuries later, slave plantations ensured that rice from here was sold across the continent. This tiny citadel, the last step of the Sado River before it flows into the ocean, includes Comporta, an old fishing village known for its wild, long beaches, separated from the town by huge dunes and rice fields.

Curiously, this humble, rural, historically low-income community is now where the rich and famous – including Lisbon’s most talked about new resident, Madonna – come to wind down. “This is a place where a CEO can get out of his suit and tie, put on some Havaianas [flip flops] and just chill,” says Teresa Barros, who is showing us around Sublime Comporta. This resort has now put itself firmly on the region’s food map with its refined takes on Sado fare: its restaurant, for example, serves up cuttlefish as a delicious starter with a squid ink tapioca and passion fruit gel.

It’s this mix of authentic and glamorous, bucolic and post-industrial that makes the surrounds of the Sado River such a unique and fascinating region to eat through. 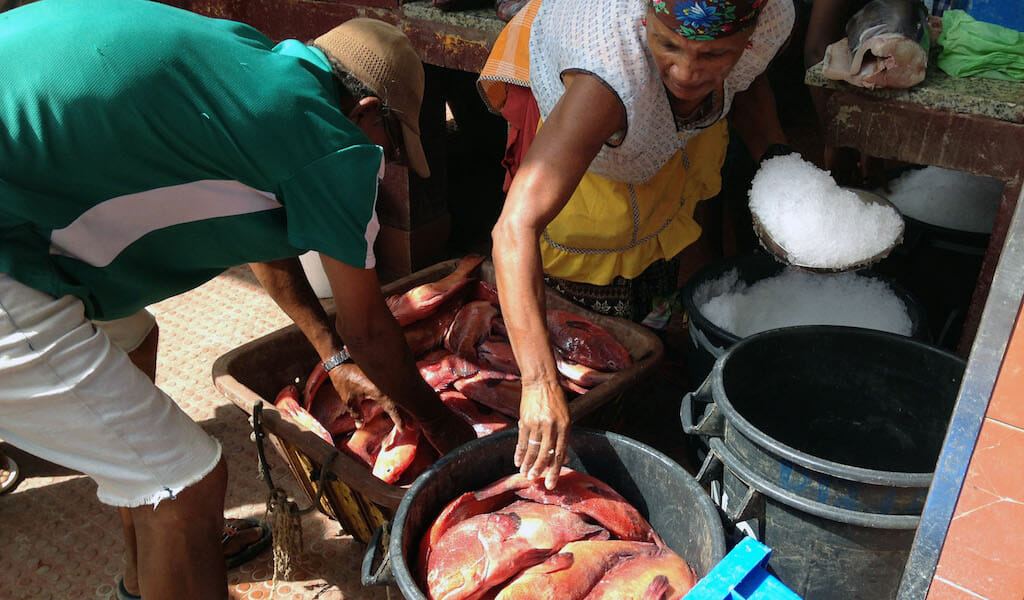 Lisbon | By Francesca Savoldi and Syma Tariq
By Francesca Savoldi and Syma Tariq
LisbonIt’s a paradise on earth for tourists, and a harsh place to live for many of its own people. Traveling between the various islands of Cape Verde, on slow boats and delayed inter-island flights, it’s clear that the complex historical identity of this Atlantic archipelago, mixed with its heavily diasporic culture and unique natural extremes,… 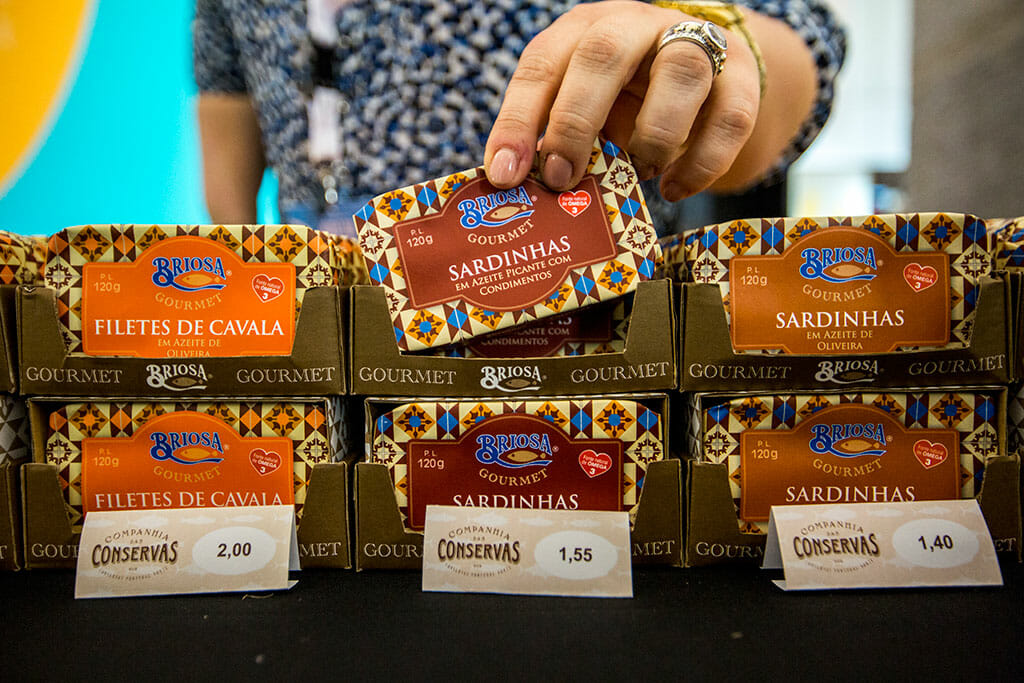 Crack open a tin with us on the Crossroad walk!

Fish and the City: The Peixe em Lisboa Festival