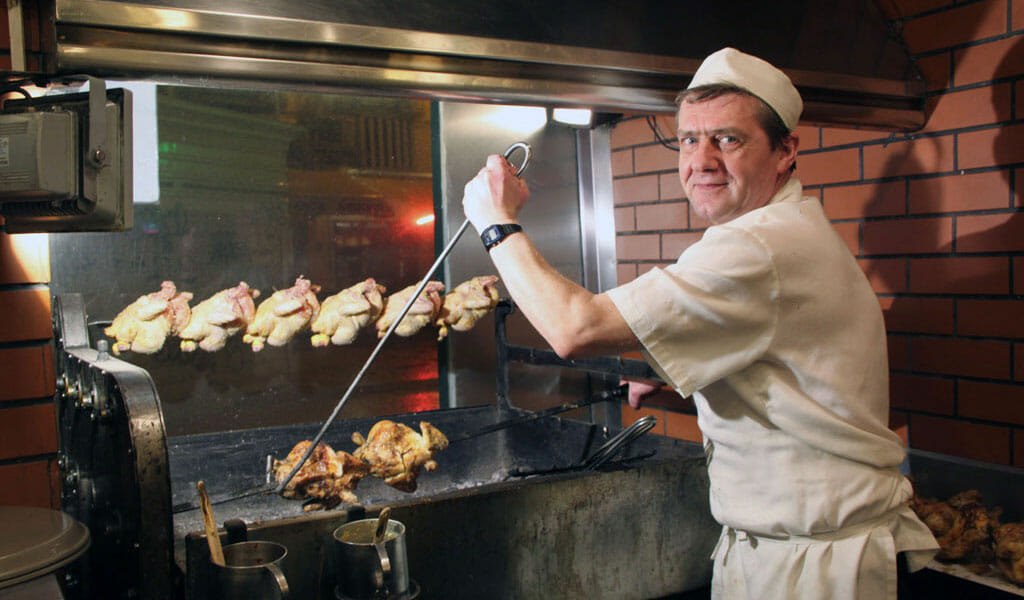 By Célia Pedroso and Francesca Savoldi and Syma Tariq

With new restaurants popping up in this increasingly popular city and so many more disappearing due to rising rents, 2017 was a year of change – both good and bad – in the Lisbon food scene. We mourn those spots that have left us, but also celebrate the arrival of some exciting places helmed by a new crop of young chefs who are highlighting quality and local products and ingredients.

Bel’Empada, a tiny restaurant and takeaway in Alvalade, a residential area in the northern part of the city, bakes the most delicious pies with a thin light dough that are bursting with flavor. I would say that the secret is in the high-quality free-range meat, which is used for the fillings but also in the crust: meat stock replaces water when making the dough. And then there’s only butter, no margarine. The chicken pie with a slice of chouriço on the bottom is a favorite of mine but there are also partridge or shrimp pies that are equally tasty. Owner Belmiro de Jesus took his inspiration from the empadas (pies) his grandmother would cook for special occasions or festive times of year. His creations are by far the best pies I’ve eat in Lisbon, which is why I drop by Bel’Empada probably more than I should. [Editor’s note: We regret to report that Bel’Empada has closed.] 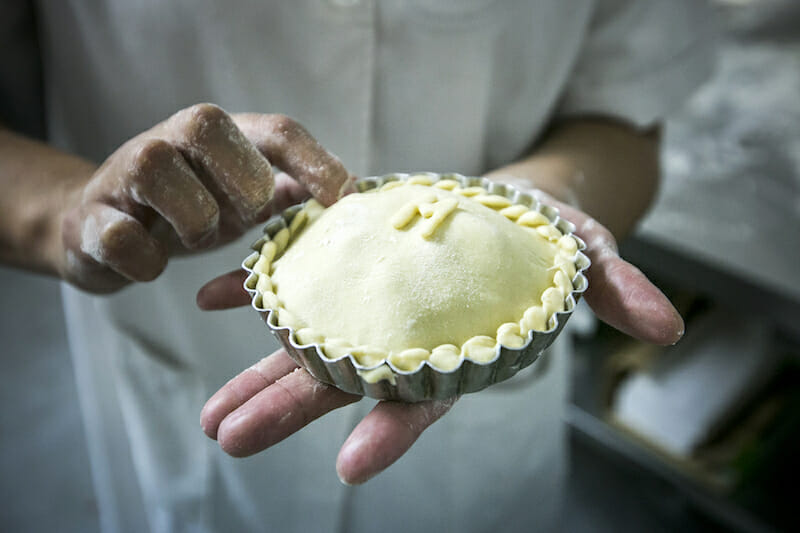 After the recession, the younger generation that studied and worked abroad began returning with new ideas. Diogo Amorim, 21 years old, did his internship with Heston Blumenthal, one of the world’s most famous chefs, in London. Back in Lisbon, while studying for a masters in Culinary Arts, Amorim decided to open a bakery in Alcântara, a neighborhood that has been occupied over the years by both the industrial working-class and the aristocratic. He chased down old grains from Northern Portugal, which he uses to bake some of the finest bread in the city, grinding the grains on the premises using a stone mill. Daily specials, wheat and rye loaves are tempting lisboetas. But the corn bread will make you swoon, especially when it’s warm out of the oven, better to welcome butter or olive oil. 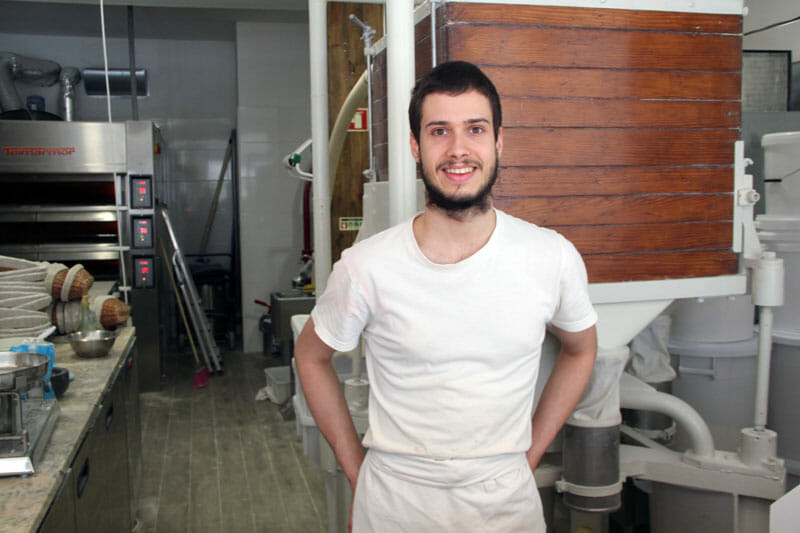 Cockles with spinach and cilantro at Prado

Another recent returnee to Lisbon is 26-year-old chef António Galapito, who spent a number of years working with the famed Portuguese chef Nuno Mendes in London. His just opened his new restaurant, Prado (which means “meadows” in Portuguese), in Baixa. On my first visit, I fell hard for his delicate dish of cockles, spinach, cilantro and fried bread. The broth is amazing – almost as much as the price (€5.5). I can’t wait to go back and taste it again. The rest of the menu is also delightful. Local vegetables and fish appear to be honored with simplicity, yet there are quite a lot of techniques behind each dish. Desserts have such delicious flavors it might be for the best that there are only three. For me, the acorn ice cream takes the gold medal. The wine list is limited to natural and organic wines from Portugal. Located in a former tin fish factory, where Roman ruins are visible, this restaurant was one of the best surprises of 2017. I think we’ll be hearing a lot from them in the new year.

2017 was a hot year for us in Lisbon: Wherever we went, there was always a new form of chile to try. In some ways, that’s a reflection of the mass attention the city has received in the last 12 months: Though bad food trends and tourism-focused mediocrity came part and parcel with that hype, an African food revival has also flourished, thanks to a more diverse and curious diner palate. The various types of hot sauce, and the amazing food they accompany, are finally getting their rightful place in Lisbon’s restaurant scene. 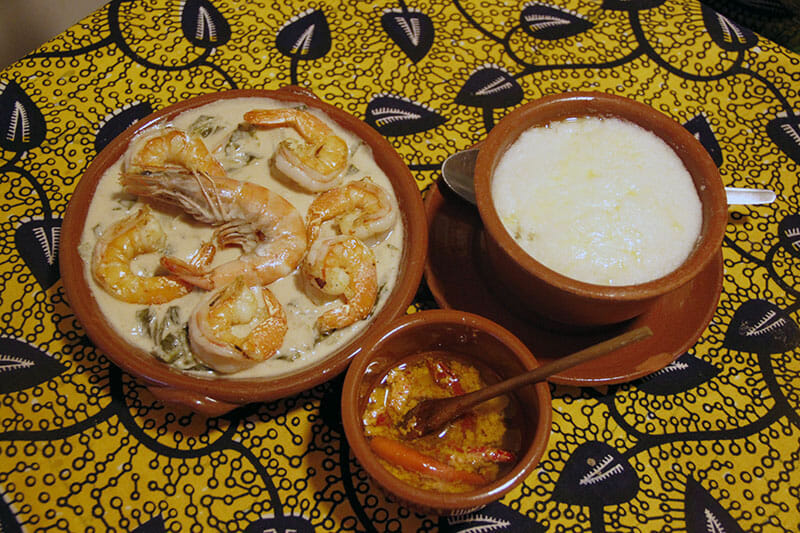 The pervasive Portuguese piri piri usually carries a sense of mystery – and mastery – about it. Establishments here that care about this condiment (rather than just stocking up on Tabasco-esque bottles from the supermarket) each have their own method of preparation, and are often reluctant to reveal the exact recipe. One batch can contain more than 15 ingredients, including different varieties of peppers – be they slightly sweet madame Jeanettes, the common, sharp red malagueta or the incredibly hot green bird’s eye.

One of our favorites was at O Churrasco – downtown Lisbon’s grilled chicken classic. The hot sauce here, a thick oil served in a small clay apulla and accompanied by a brush, is a maceration of fresh malagueta peppers, olive oil, salt and brandy. Piri piri chicken is a well-known Portuguese tradition, especially for Sunday lunch, which makes this place an institution.

O Churrasco’s owner used to serve in the Portuguese army in Angola, a reflection of the fact that the ubiquity of chile here has always been connected to the country’s ventures in Africa. The mass appeal of spicy grilled chicken in Lisbon began when many retornados – Portuguese people living in the former colonies until their independence – came back and opened their own grills. An estimated 400,000-600,000 Portuguese people in Angola, Mozambique, Guinea Bissau and Cape Verde came to settle in the motherland in 1975 – with them undoubtedly came countless concoctions of hot sauce.

Roda Viva, a recently opened Mozambican restaurant in Alfama, is the closest we got this year to chile nirvana, thanks to chef Octavio Chamba’s thick, intense piri piri paste that works as the perfect, explosive accompaniment to his kitchen’s various seafood and vegetarian curries. Chile (known as sacana in Mozambique) from this part of the world has a long story that is also connected to the Portuguese – they introduced it to the continent in the 16th century, bringing it from the Latin American tropics to trade. For centuries afterwards, it has been grown and adopted throughout Africa as a normal part of the diet, especially in those countries that had connections with Portuguese merchants. In fact, the etymology of “piri” is related to Swahili and Ronga (a branch of the Bantu language spoken in southern Mozambique) – it literally means “pepper.” 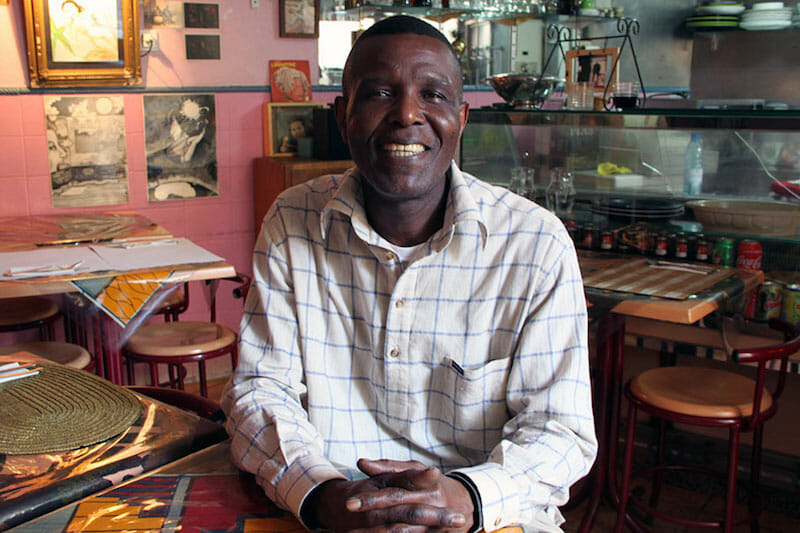 Shilabo’s, the tiny Angolan/Congolese eatery in Mouraria, probably has the hottest piri piri we’ve ever tasted. Made of peanut oil, garlic, dry red chile (gindungo in Angolan) and other ingredients fermented for likely a very long time, it is made to accompany the star dishes of the house: moamba, the classic Angolan chicken stew, and “kizaka” – cacusso (river fish) served with cassava leaves and peanuts. It makes for a fiery feast, but at the end, Shilabo’s ginja Cae Bém cocktail helps to put out the fire.

Our Lisbon tasting-rally took on a smorgasbord of sauce: fresh and reserva, oil and paste, and of course, high and low on the heat-measuring Scoville scale. In the end, we detected a few common ingredients, such as garlic, bay leaf, brandy (sometimes whiskey), lemon juice and various herbs. In all cases, a good hot sauce in Lisbon depends on one thing: simple, fresh and intense capsicums, mashed and marinated with a lot of time and love. 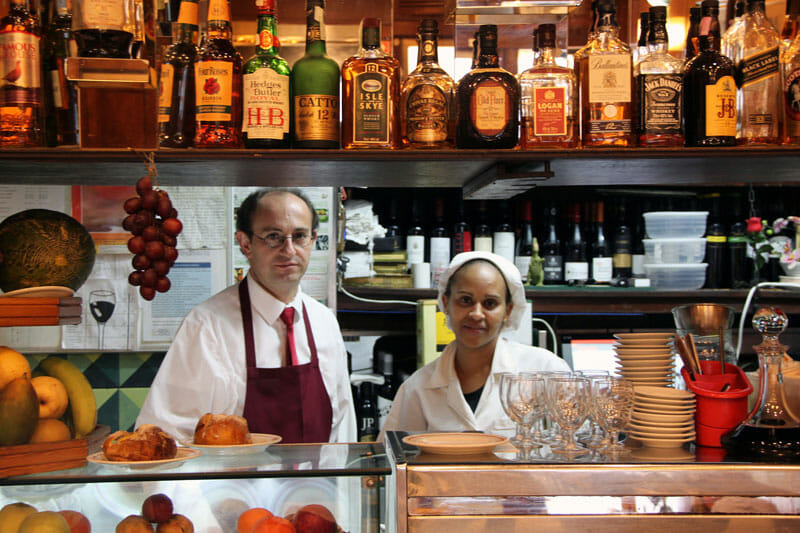 For the past year, on evenings when inspiration escapes us in the kitchen, we shuffle up to Rua da Lapa and line up for a couple of frango assado (piri piri chicken) to-go from Senhor Luis, our neighborhood grill man. As many dinners as Luis’s birds may have saved for us, this meal is associated with a blur of tinfoil takeaway buckets and a pile of bones – delicious and satisfying, of course, but nothing to dwell on.

But a recent lunch at O Churrasco, was an entirely different experience that forced us to reconsider the frango assado meal itself. The large, wood-paneled dining room is under the tight control of a maître d’ in a blazer and tie. The wait staff, in uniform, circulate from table to table serving chicken quarters with silver tongs, so that a simple order of a whole chicken is drawn out into a couple of courses, first the dark meat and then the white. Even the house-made hot sauce comes is a dainty little ceramic pot. If not to the discerning taste of the diner, we felt these classy service flourishes were a tribute to the very fine chickens they serve here. With its briny papyrus-like skin and succulent flesh, the chicken comes dressed in a garlicky oil which is best amended with a flick of the spoon from the piri piri pot. Maybe Senhor Luis’s chicken is just as good, but a lunch at O Churrasco reminded us that simple things done perfectly, like roasted chicken, deserve some ceremony. And now, we’ll have it no other way.

There are two branches of Ze da Mouraria, one in an alley of the namesake neighborhood, Mouraria, and the other on the hill of Campo Santana. One serves only lunch and the other only dinner. Considering the skyrocketing price of real estate in Lisbon, we were curious about why they didn’t just serve two meals under the same roof. Over a lunch of pork ribs, we pressed our waiter Antonio for an answer. “We may lose more money, but this is the only way we can keep the quality high,” he reported. After such an intense lunch shift, it would seem there is simply no way to turn the place around for dinner.

Indeed, a lunch at Ze da Mouraria is a front row seat to a bare-knuckle brawl with the lunch rush. In the tiny open kitchen, no less than three cooks are busy converting obscene amounts of rice, green hillocks of cilantro, high stacks of pork ribs, huge slabs of beef and black beans into the city’s lunch of champions, no contest. Three waiters work the two small dining rooms, shuttling rounds of Super Bock beers and pitchers of red wine to the ever-thirsty crowd. Every inch of the place, every ounce of energy from the staff is running at full capacity for that essential Lisbon lunch break. Words can’t describe the elation of sitting before a plate of nearly a dozen small steaks from the picanha (sirloin cap) cut swimming in a garlic jus beside a steaming pot of beans on a Monday. Tuesday’s pork ribs are peppery and the flesh firm on the bone, and the portion equally generous. A lunch at Ze da Mouraria, any day of the week, is a great indulgence which leaves us with nothing more to ask for, except, perhaps dinner. We’ll gladly stroll up the hill for that. 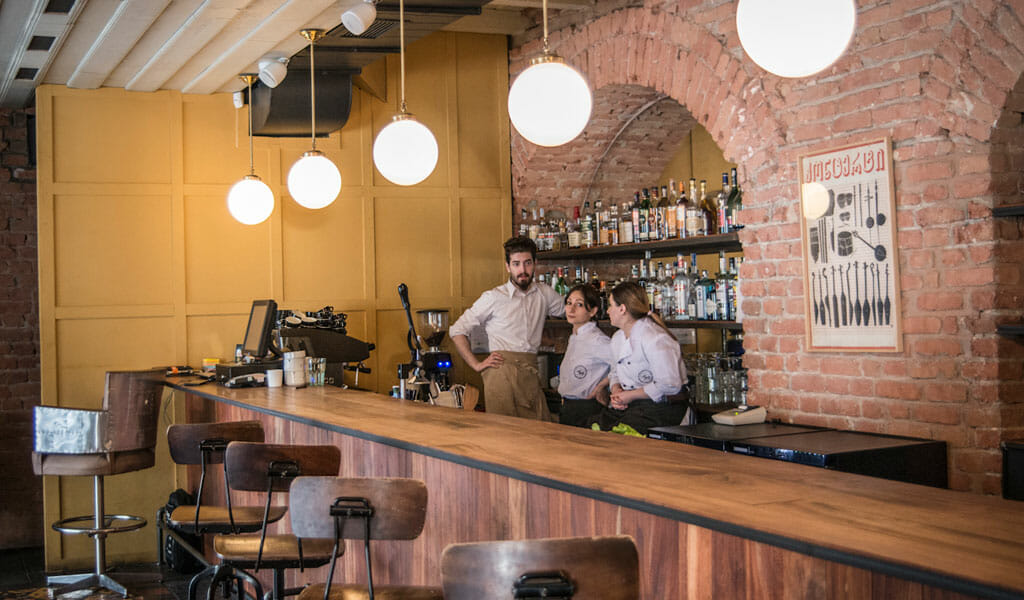