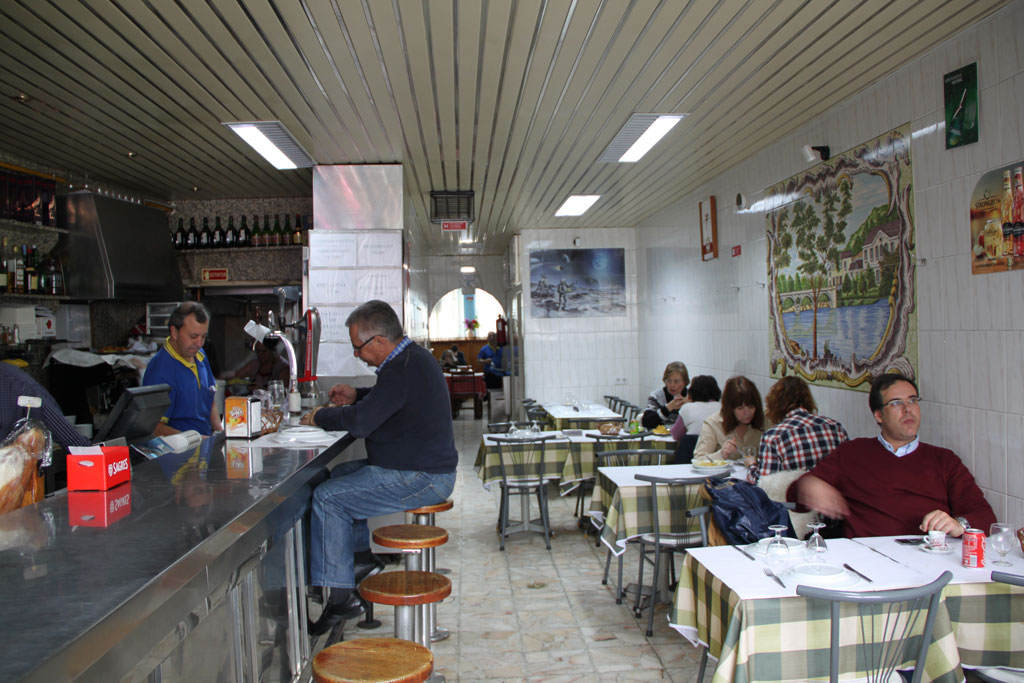 Perched on Lisbon’s highest hilltop, Graça has a villagey feel and is probably the best district to absorb stunning views over the Portuguese capital. Home to plenty of bakeries, cafes and two of the city’s most beautiful viewpoints, it does, however, risk irreversible damage because of the real estate boom affecting much of the city center. It is, for now, still a charming area, with an elderly population and remnants of working-class neighborhood life.

To get to the panoramic views during summer, there are two options that don’t involve being stuck in a taxi: climbing steeply up through the irregular lanes of Alfama or Mouraria, or following the route of the iconic and crowded tram 28. In both cases, a good meal is deserved afterwards. Newer food trends are reaching Graça, but for the moment they are not replacing the local restaurants, still frequented by residents as well as by the summer hordes. The neighborhood’s most emblematic food stop for us is O Satelite. 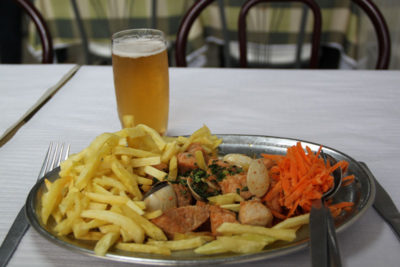 With its spartan style, this place keeps the pre-2008 Lisbon restaurant look: cheap paper tablecloths and little metallic trays holding abundant portions of food. O Satelite’s interiors have been intact since 1975, when it was upgraded from a taberna to a restaurant. Besides the austerity of its metal and marble interiors, there is also a spark of surrealism: on the traditionally tiled walls is painted an astronaut walking on the moon. Perhaps corresponding to the name of the restaurant, this seems to be a lost story; none of the staff know who painted it, or why.

The menu has classic Portuguese food only: Alentejana soup, codfish boiled or roasted, swordfish with butter sauce, veal steak with a fried egg on top. We tried one of the most Portuguese dishes, carne Alentejana, or pork fried in garlic before being cooked with clams, white wine and coriander. Even if the name alludes to the Alentejo region, the dish actually originates from the southern Algarve coast. Chefs there preferred the meat of acorn-fed Alentejo pigs to that of Algarvian pigs, which were often fed leftover fish. Nowadays the Iberian black pig, which populates Alentejo’s oak forests, continues to dominate the meat market, especially for its ham. 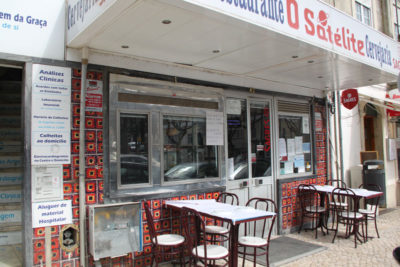 O Satelite’s desserts are decades-old Lisbon classics: rice pudding topped with cinnamon, bolo de bolacha (a biscuit cake with a lot of butter) and flan. In this restaurant a place of honor is reserved for the chocolate mousse, a foamy cream made of chocolate, cream, sugar and many eggs.

“Graça is changing fast, I don’t know how it will be in the future,” says Carlos, O Satelite’s smiley waiter, who was born in the neighborhood. “Many tourists are staying here through Airbnb, a new park was recently created and the military barracks just in front of the restaurant is apparently going to be a hotel or a luxury gated condominium.” As O Satelite’s building is owned by the restaurant’s proprietor, its resident astronaut and authentic food will hopefully stay safe a little longer. 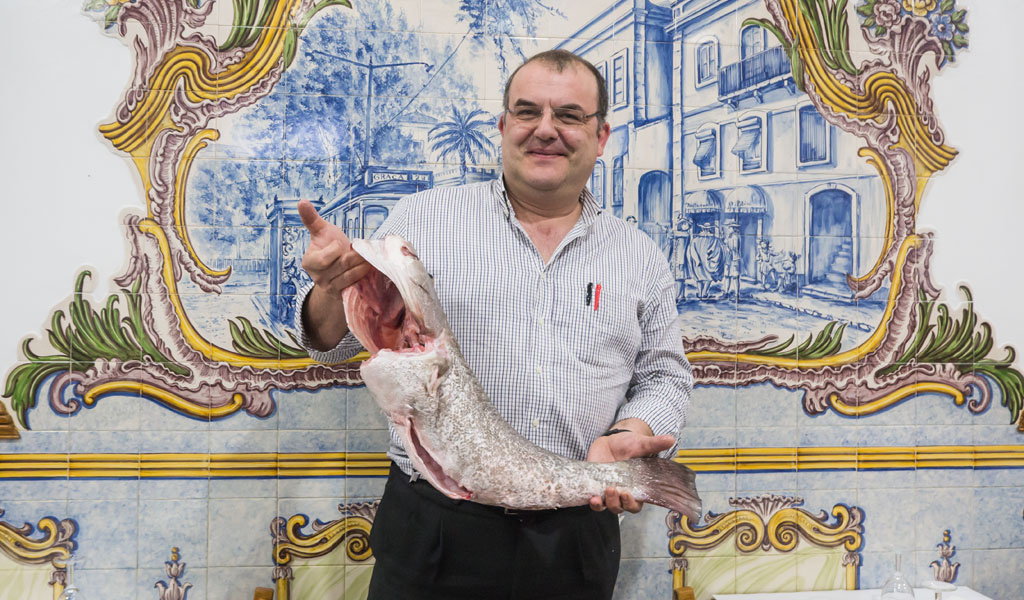 The tasca, an essential element of our Lisbon walks.

Lisbon | By Tiago Pais
By Tiago Pais
Lisbon -- One of Lisbon’s best views is just steps away from Largo da Graça in Saint Andre, one of the city’s seven hills. The famous overlook offers views of most of the city and even some of the Tejo river. Most days it’s filled with a mix of tourists making good use of their… 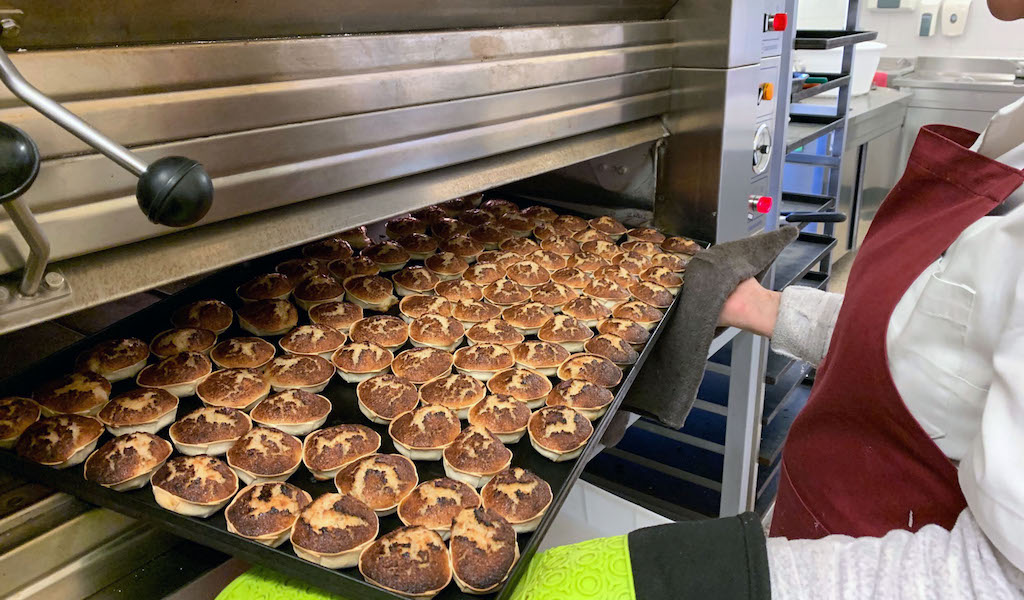 Lisbon | By Célia Pedroso
By Célia Pedroso
Lisbon -- Not many companies baking in Portugal can claim that they’ve been in business since 1756. But Queijadas da Sapa, the first bakery to make queijadas de Sintra, cheese and cinnamon tarts in a thin crust, can proudly display “Since 1756” on their labels and the doorway to their shop. These small and spicy…

Madrid | By Syma Tariq
By Syma Tariq
Madrid -- Sitting at a table in Lucio, a long-established tavern in the heart of Madrid’s most famous tapas street, is a singular experience that has a slightly surreal, Buñuel-esque touch. Queues formed of Madrid’s born-and-bred elite snake past the elegant wooden bar, the coiffed connoisseurs greeted with affection by the landlord himself as they…