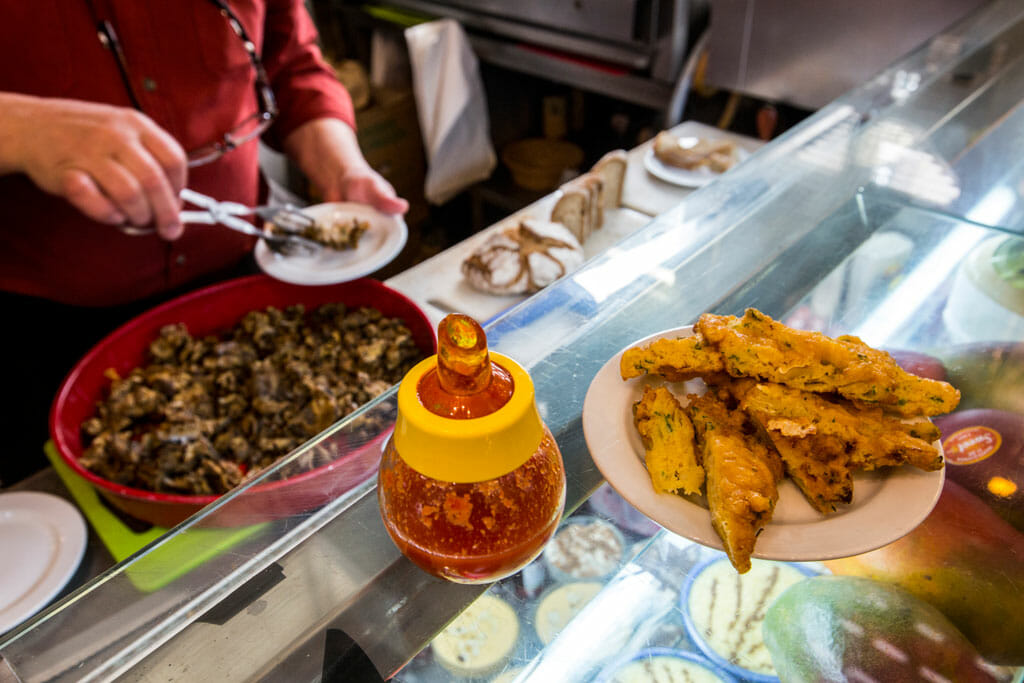 The small, spicy piripiri, or African bird’s eye chili, is one of Portuguese cuisine’s most unexpected ingredients, one that has traveled thousands of miles across many continents to find its place there.

When the Portuguese began navigating around the globe as early as the 15th century, spices like black pepper and cinnamon became some of the most important and expensive goods on the market. Piripiri didn’t reach quite the same renown, but they have influenced many cuisines in their travels East. Initially they were taken from Brazil to Africa, where they thrived. After Vasco da Gama established the maritime route to India, the Portuguese introduced the peppers to Asia, namely India, Thailand and Malaysia. For over a century, Lisbon remained the most important Western capital in the spice trade. 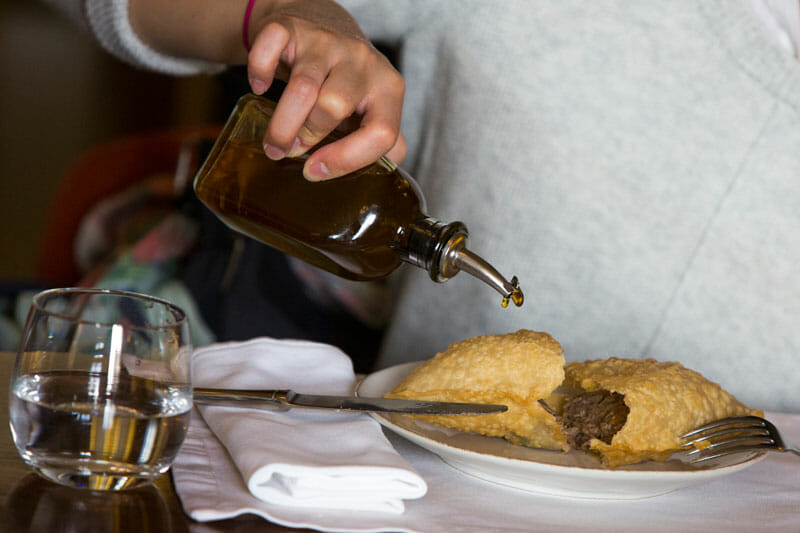 In Africa, the hot chilies found fertile ground to grow and today they remain an essential ingredient in Portuguese-speaking countries like Angola and Mozambique. During the 50s, people living in the colonies started to bring sauces and recipes back home. Prawn, fish and chicken dishes seasoned with hot sauces and marinades became popular all over Portugal. But chicken piripiri as well as oil and sauce made from the peppers became the most popular (“piripiri” refers to both the condiments and the chilies themselves)

José Avillez, one of Portugal’s most celebrated chefs, serves a delicious and well-balanced piripiri oil at Café Lisboa, a beautiful eatery situated in an 18th-century opera house, Teatro de São Carlos. This recipe – which includes chilies, olive oil, garlic, bay leaf, thyme, black pepper and shallot – reflects his taste. “I like the chilies with a lot of flavor, aroma and spiciness,” he told us. “I avoid the sauces with lots of alcohol and vinegar, as these flavors overpower the others.”

Another Portuguese chef, Miguel Laffan, dreams of getting his piripiri-oriented project established internationally. His kiosk, Chicken All Around, in the Mercado da Ribeira food court, offers one of the best chicken piripiri in the city, with a mild sauce made with butter, garlic, thyme, lemon juice and small piripiri chilies. Laffan confesses a love for Thai food “that has a very demanding hotness level.” In Portuguese food, he likes piripiri with rice dishes, bean stews, curry and even tripe. We’re happy to report that he’s planning to bottle and sell the Chicken All Around sauces. 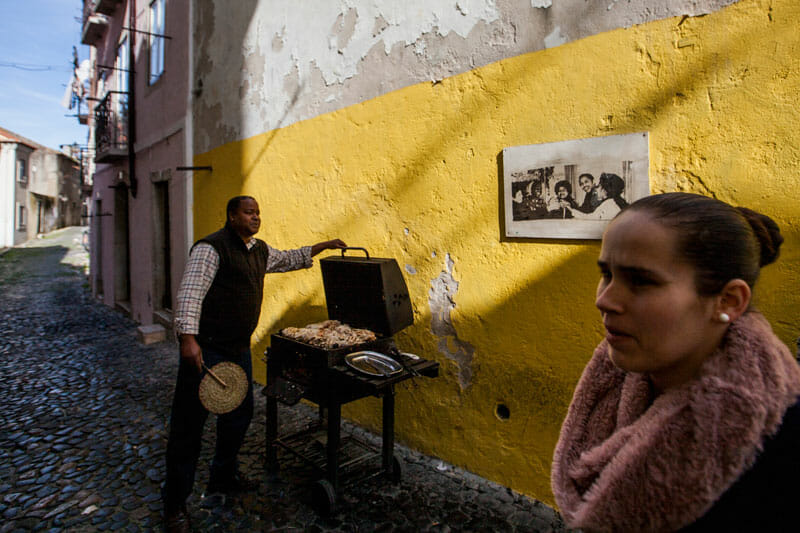 Small bottles of piripiri sauce – either well known commercial brands or homemade versions – can be seen in most restaurants and tascas around the country. Most of the time the bottles aren’t out on the table, but you need only ask. We recommend sampling the sauce or oil on its own first, as they range widely in heat. Most restaurants use an oil with whisky (or other alcohol) to macerate the dried chilies. If the sauce has chopped chilies, with lemon juice and garlic, it tends to be spicier. Some restaurants from Mozambique in Lisbon, like Cantinho do Aziz, have homemade sacana (a word that translates as an insult, something like “bastard”) sauce, a thick hot paste flavored with lemon. This type of piripiri is also sold in supermarkets, flavoured with orange and pineapple. “Peri peri” and “pil pil” refer to the same pepper and sauces, but are names used in Africa.

Grant Hawthorne, a South African chef living in London, has created a great piripiri sauce, which he sells under the name African Volcano. “The origins of the South African version tend to come from trips across the border with Mozambique,” he told us. “The basics are quite similar, with oil, garlic, peppers, salt, lemon and African bird’s eye chilies. Most of the Mozambique versions use ‘green wine’ for the acid balance. Some are made hotter or have a depth of flavor with the addition of tomato, onions and herbs.” 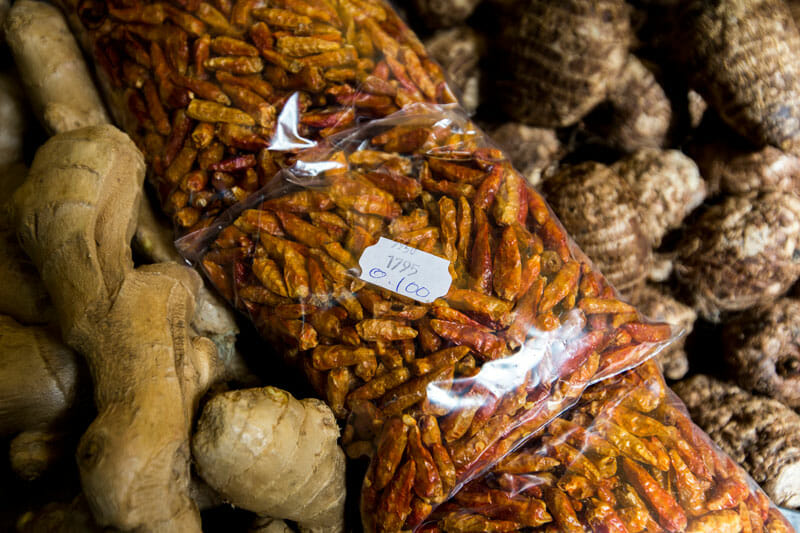 In Trafaria, a fishing village in the south bank of Lisbon, a restaurant bears the name Piri-Piri and the logo that some people still remember from Mozambique. Carlos and Adelino Rodrigues run the restaurant, which was founded originally by their father in Lourenço Marques (now Maputo) in 1957. Their chicken with piripiri, called “Frango à Cafreal,” is perfection itself, much better than most on the other side of the river. The barbecued chicken is cut in half from the back to keep the breast in one piece and basted with a recipe the family brought from Mozambique. The prawns with garlic are also delicious.

As it happens, the chain Nando’s (originally from South Africa, with Portuguese/Mozambique inspiration) has spread the dish through different continents and is the reason why many expect to find chicken piripiri restaurants everywhere in Portugal. But far more popular here are churrasqueiras: simple take-away places that prepare chicken for eating at home.

In the south of Portugal, in the Algarve, foremost a region of fish and seafood, Guia is considered the national village of grilled chicken piripiri. Guia became so famous for its sauce that the barbecued poultry was given a trademarked name, “Frango da Guia,” and is now also a chain of restaurants in Portugal. The first one in the village, Ramires, opened as a café back in 1964.

Traditionally here the chickens are smaller and the sauce is said to be unlike any other, but the restaurants will not reveal their secret. We do know, however, that the spatchcocked chicken is marinated with garlic, salt, piripiri oil, a bit of olive oil and lemon juice before going to the grill. Then come the secret ingredients, whatever they might be. While grilling, it should be basted once or twice with some of the marinade.

Not far from Guia, in the mountains of Monchique, there are also delicious versions of the chicken. And like everywhere be prepared to answer the question, “Com ou sem picante?” With or without hot sauce?