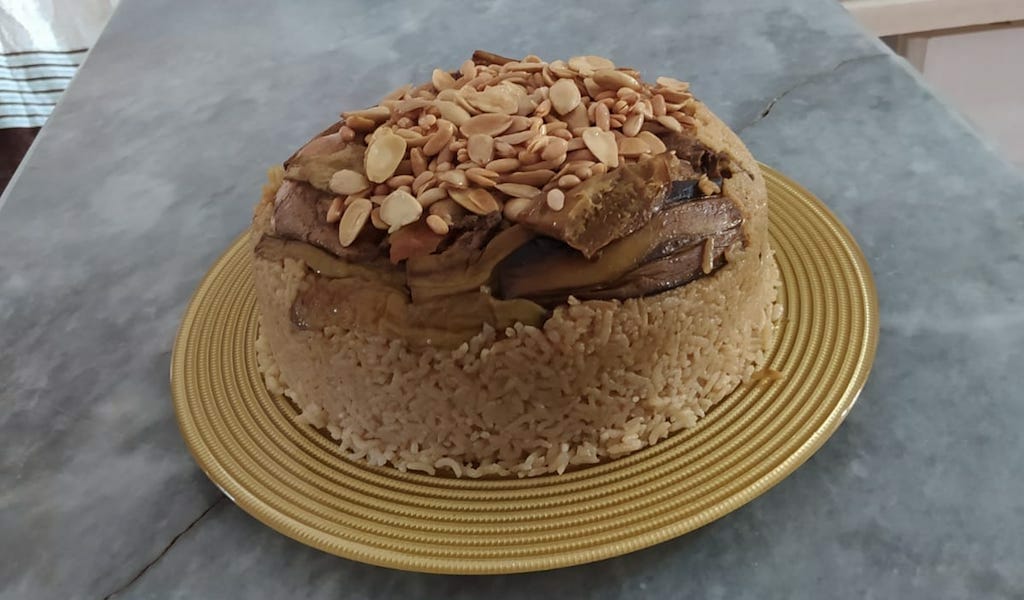 Editor’s note: Farideh Aziz Meswadeh is a Palestinian entrepreneur who lives in Turkey. She studied information technology at the Higher Institute for Applied Sciences and Technology in Damascus, but eventually found her true passion in the kitchen. After graduating from the Livelihoods Innovation through Food Entrepreneurship (LIFE) Project, a training program that teaches people in Turkey – including refugees – the basics of entrepreneurship and helps them make connections in the Turkish food sector, she now handles administrative tasks and public relations for her mother’s catering business, Mama’s Kitchen. Since the pandemic has led to an uptick in home cooking, we asked Farideh to share one of her favorite recipes.

Famous in Palestine, maqluba is made of rice, fried eggplant and usually chicken (although lamb can also be used). It’s a dish often consumed for Friday lunch in Palestinian homes; in fact, the practice is so widespread that we could say it’s a part of our culinary heritage.

Maqluba, which means “upside down” in Arabic, gets its name from the fact that the final dish is served by turning the cooking pot – you guessed it – upside down. Every time I watch someone overturn the pot, or I do it myself, I always wonder how people initially came up with the idea for this dish.

For me, maqluba takes me back to my childhood, when eating equaled happiness for all of my family – it was a special time, as no one in the family would eat alone, even if he was angry or upset, and we had the chance to be together and have pleasant conversations.

Here is my recipe for Palestinian maqluba, which is usually served with yogurt or a salad of tomatoes, cucumber, parsley, lettuce and lemon juice. Some people think that it takes a long time to make this dish, but I want to assure you that it really doesn’t take long if you manage your time well.

First, rinse the rice until the water runs clear, drain, and then soak it in water. Wash the chicken, then put it in a large pot with one liter of water, 4 pieces of chopped onion, bay leaf, ginger, cardamom, cinnamon sticks, mixed spice and salt. Set it over high heat until it boils, and then reduce to a low simmer until the chicken is done cooking, approximately 45 minutes (use a fork to check the texture of the chicken). As the chicken cooks, fatty “foam” will rise to the top. Remove it with a slotted spoon.

Once the chicken is finished boiling and all the eggplant has been fried, now comes the most important part – the art of making maqluba. Put the ingredients in a 30 cm (12-inch) pot as follows: First the chopped tomatoes, then the chicken (don’t throw out the water) and finally the eggplant. Salt to your desired level. After rinsing the rice again and draining it, put it on the top of the eggplant. Strain the chicken’s cooking water and add the broth into the pot until the rice is covered.

Add the Aleppo pepper, salt as desired and two tablespoons butter. Set the pot over high heat until it boils, and then reduce to a low simmer and cover it with a top so that the rice absorbs the chicken broth. It is done when the rice has completely absorbed the liquid and turned soft (approximately 10-15 minutes of simmering).

When it’s finished, put a large tray over the top of the pot and turn it upside down, so that it comes out like an embellished cake. Then sprinkle the nuts on top.

After eating maqluba, I recommend drinking hot tea with cardamom, preferably with a little bit of saffron. 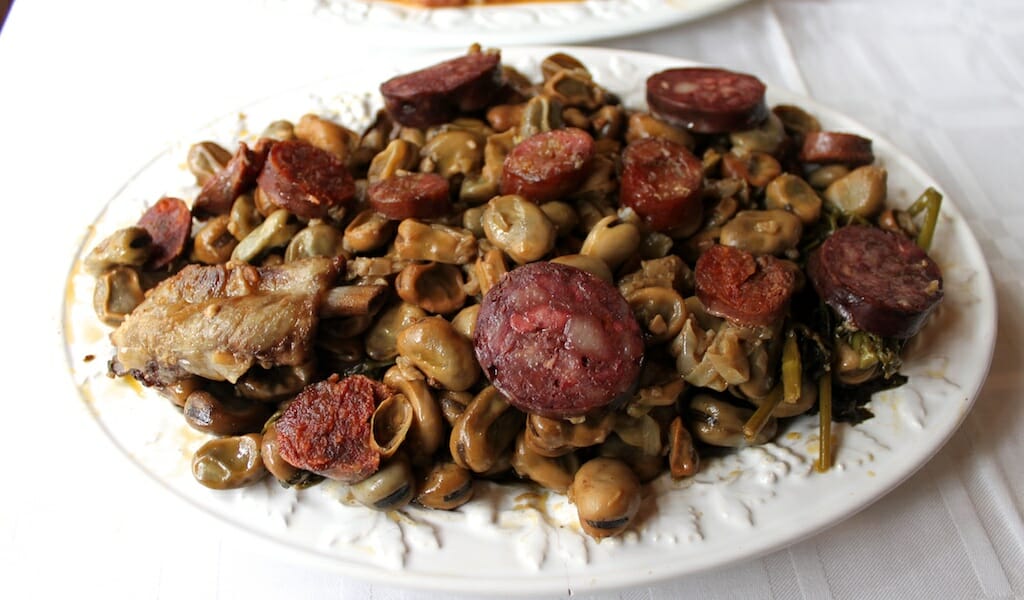 Lisbon | By Célia Pedroso
By Célia Pedroso
LisbonMy first reality shock with the quarantine and its food implications was when beans and chickpeas, both in tins and jars, started to disappear from the supermarket shelves. It was a sign of things to come. Portugal has been on official lockdown since last Saturday, but most of us spent the week leading up to… 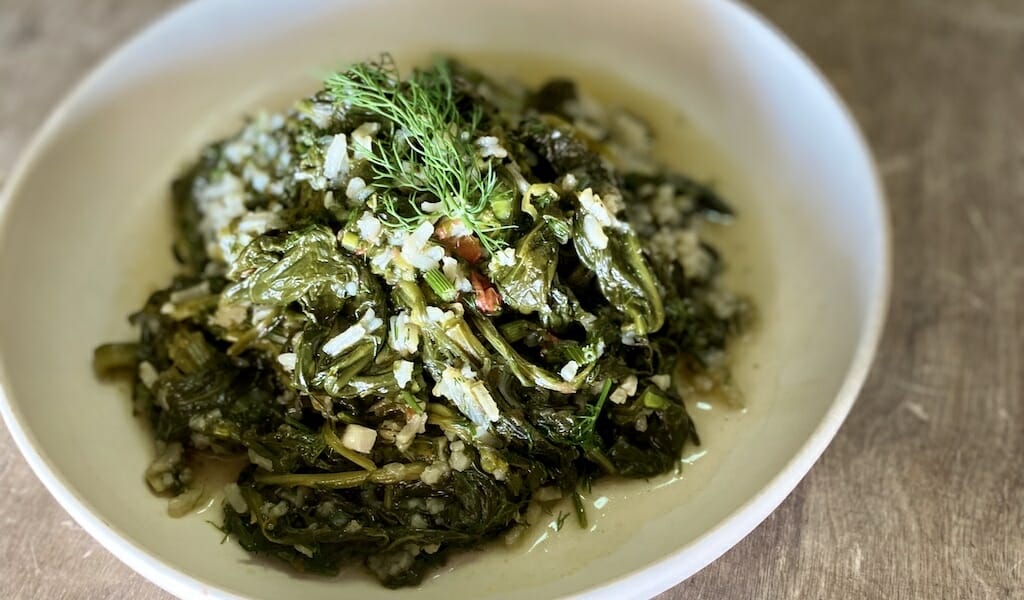 Athens | By Carolina Doriti
By Carolina Doriti
AthensConsidering that there are more than 40,000 cultivated varieties, it’s no surprise that rice has fed people so successfully for so long. Many believe the wonder crop was first cultivated in China as early as 2500 B.C. before spreading to Tibet, India and beyond. It was in India that one of Alexander the Great’s military… 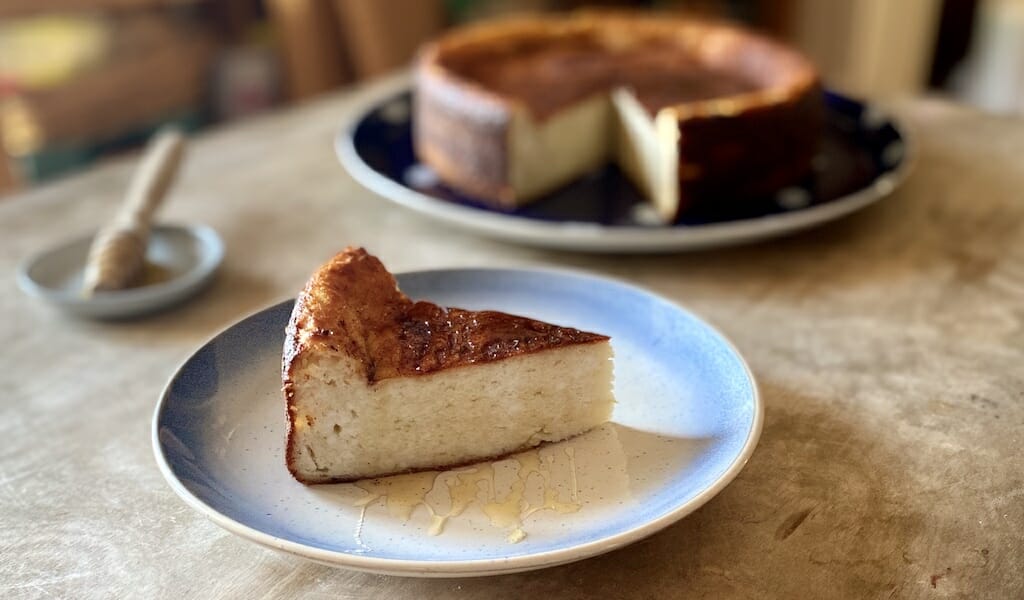