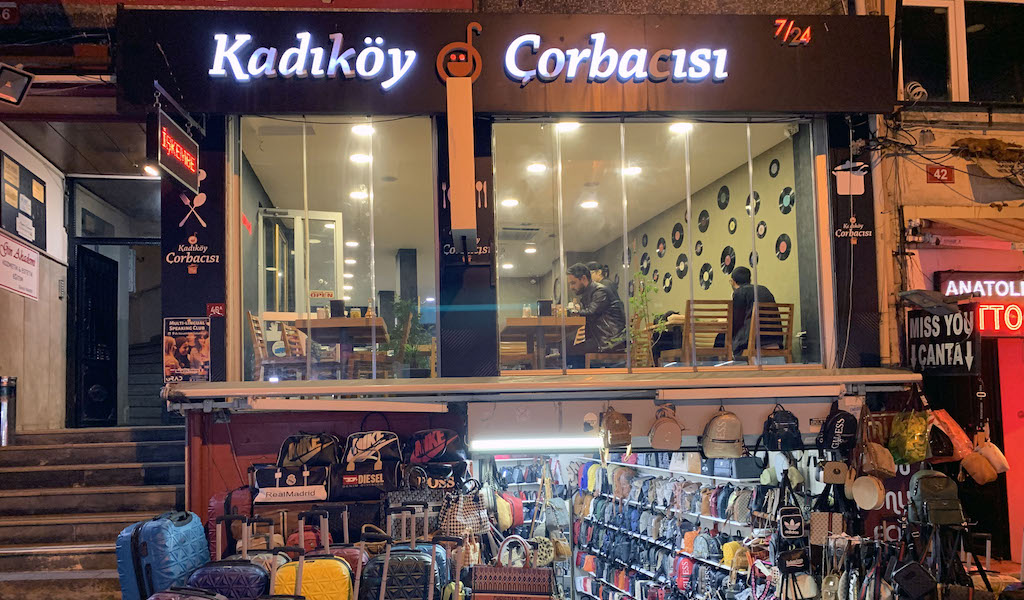 It’s been three years since that fateful windy day in December when Nacho, a friend of ours who usually prefers the quiet of his house to popular cafés or crowded bars, suggested we have a soup at Kadıköy Çorbacısı.

Together with a couple of shops selling knockoff shoes and the back entrance of a famous American fried chicken restaurant, this soup spot occupies the ground floor of an ugly building located on an eerily silent alley by the Boğa, the trademark bull statue considered to be the symbol of Kadıköy.

Anticipating the warmth awaiting us inside – evident from the fogged-up windows – and eager to thaw our body with some soup, we entered the restaurant with high expectations, which were resoundingly met. The experience was akin to finding a storybook secret garden: a heavenly place hiding behind a high wall.

On a recent visit, Fatih Altıntaş, the mastermind behind this soup shop, comes toward us with a smile on his face and a menu in his hand. “I studied physics,” he tells us, “and that’s why you can see a bit of math on the back of our menu as well.” Fatih, who is in his late 30s, turns the menu over and continues: “So basically, we have four terbiyes – the base broth – and eight tanes, that’s the stuff you put in the broth.”

“As you can see here,” he adds, pointing to the bottom of the page, “you can create 3,825 different soups by combining different broths and ingredients. You can mix and match, or stay true to the classics.”

Having never glanced at the back of the menu, we’re kind of astounded by the fact that you could eat a different type of soup every day for around 10 years. Momentarily distracted by all the various flavor combinations, we turn our focus back to the menu, considering the traditional kelle, with shredded lamb’s head, a feast for the palate with pieces of meat that melt in your mouth. But as a vegetarian option, we also love a good mercimek çorbası (lentil soup), a staple in every Turkish restaurant – and home. 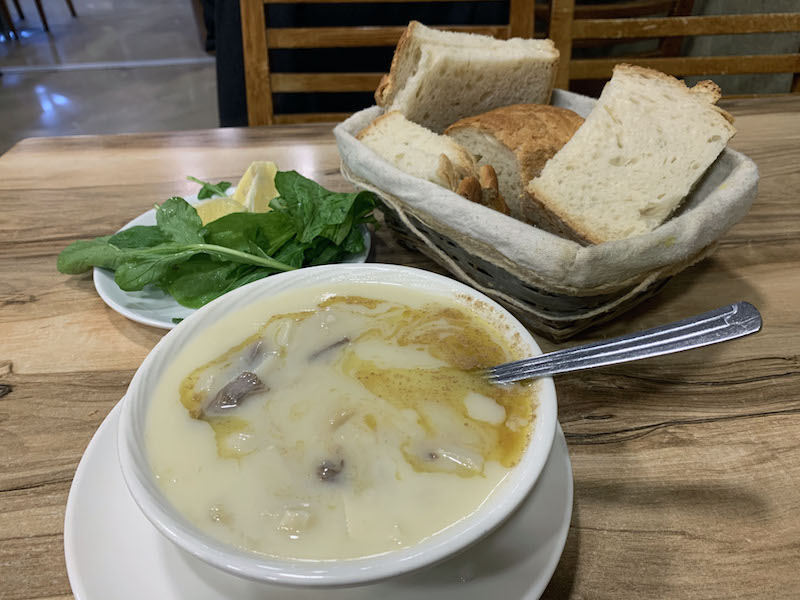 However, tonight we feel like something a bit more special to gather strength before a long workweek. “Well, I think my favorite would be kelle soup in a paça (lamb’s feet) broth. But I think you may like beyin çorbası, the one with lamb brain in it. We just got it fresh today – it’s delicious!” says Fatih, easily convincing us. He brings our soup along with a plate of arugula and lemon slices, and – according to tradition – he comes back again with a pan of brown butter that he generously pours into our bowls.

Sipping the soup’s delicious kelle broth and savoring the ooziness of the little morsels of brain, we start to feel the cold leaving our bodies. But it isn’t just the soup that’s warming us up: This place has a cozy feel to it (somewhat surprisingly, given its location). With our hunger on the way to being satiated, we look around, noticing vinyl records hanging on the walls. It suddenly dawns on us that the music we’re hearing sounds like it could be from some 1950s jazz café.

Fatih explains that he has carefully chosen the music selection, one of the touches that make this place special. For him, the shop is not only about satisfying his clients’ desire for a warm meal but also about expressing his creative side.

“The busiest times, though, are the early morning hours during the weekend – you’ll see a line outside the shop.”

Since we began chatting, the place has quickly filled with people all from different social and economic backgrounds – some ambulance workers are cheerfully slurping their soup, a couple of students are enjoying their humble but delicious meal, and a man in a nice dark suit waits for his bowl of hot goodness. Just as all these people seem to fit into the environment, the music that’s playing feels right for this particular bunch of strangers enjoying Fatih’s earthy comfort food.

“Our customers don’t belong to a specific age group or category, they’re just people who need to unwind after a long day or enjoy a delicious lunch. The busiest times, though, are the early morning hours during the weekend – you’ll see a line outside the shop,” says Fatih, an amused expression on his face. “I actually loved the location since day one because it is hidden enough for the shop to not become too popular and overcrowded, and it’s on top of this little hill. If someone’s too wasted after a long night out on a Saturday, they won’t be able to climb up the slope!”

To make sure that no one – from the early birds having breakfast with soup, to the nighthawks needing some comfort after a night of drinking – is left hungry, the restaurant is open 24/7. 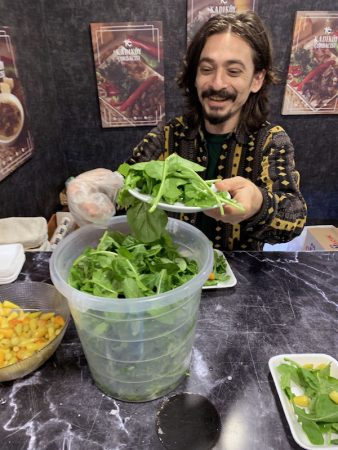 Fatih’s attention to detail and contentedness make us think that this place could remain like this forever, with no risk of it becoming so popular that it loses its essence. So we’re surprised by Fatih’s ideas for expansion. “Since things are going very well here, I’ve been thinking of opening other branches. Looking at this American fast food in front of us I thought to myself, ‘Man, if this went from the U.S. to the world, why can’t soup go from Turkey to the world, too?’” he tells us. “I’ve talked with many people who were interested in opening a branch, but all I could see was men with lots of money wanting to invest it in a new random business.”

Considering the increasing number of chains and fast food places opening in the neighborhood, we can easily imagine the type of person he’s talking about. But Fatih wants someone who will keep the atmosphere and the soul of this place intact, wherever the next shop will be. “I need people who will do this job with love. I want someone who gets the subtle nuances in the flavor, in the color, in the texture of the soups. But so far, I haven’t really found someone who understands that,” he says.

Fatih would even consider bringing his soups abroad – he has traveled all over Europe, where some of his friends currently live after moving from Turkey. But he’s not in a hurry. “We are still working on making this place a good, solid business – we recently added food options for our vegan friends, we hired some collaborators to work here stably. There’s still a lot of work to do, but we are here for it.”

And we are here to see this place thrive, hoping it will never lose its vibe. On harsh winter days in Istanbul, there’s no place better to relax, enjoy some good music and drink a big bowl of soup. 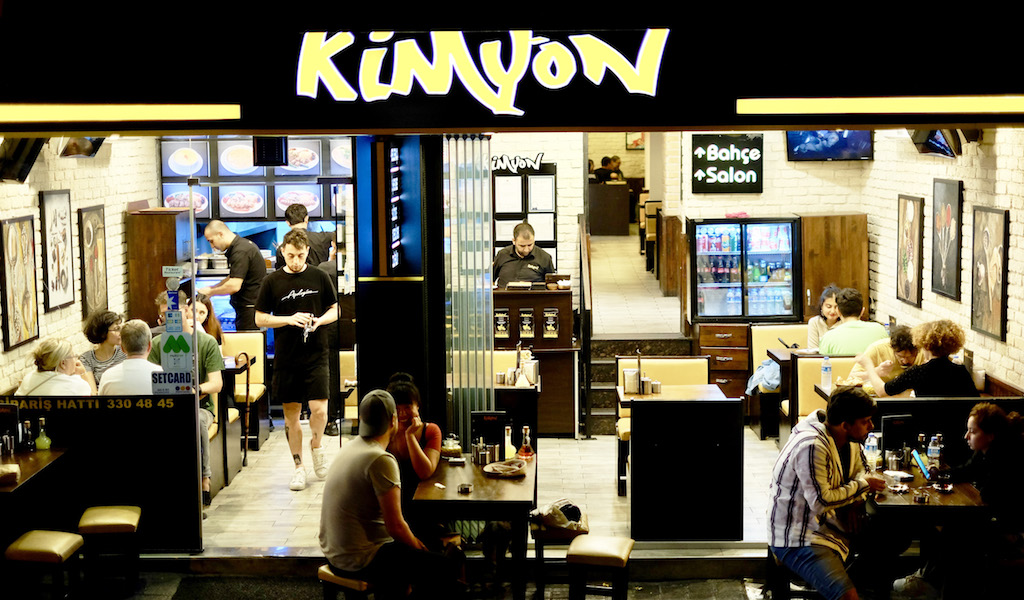 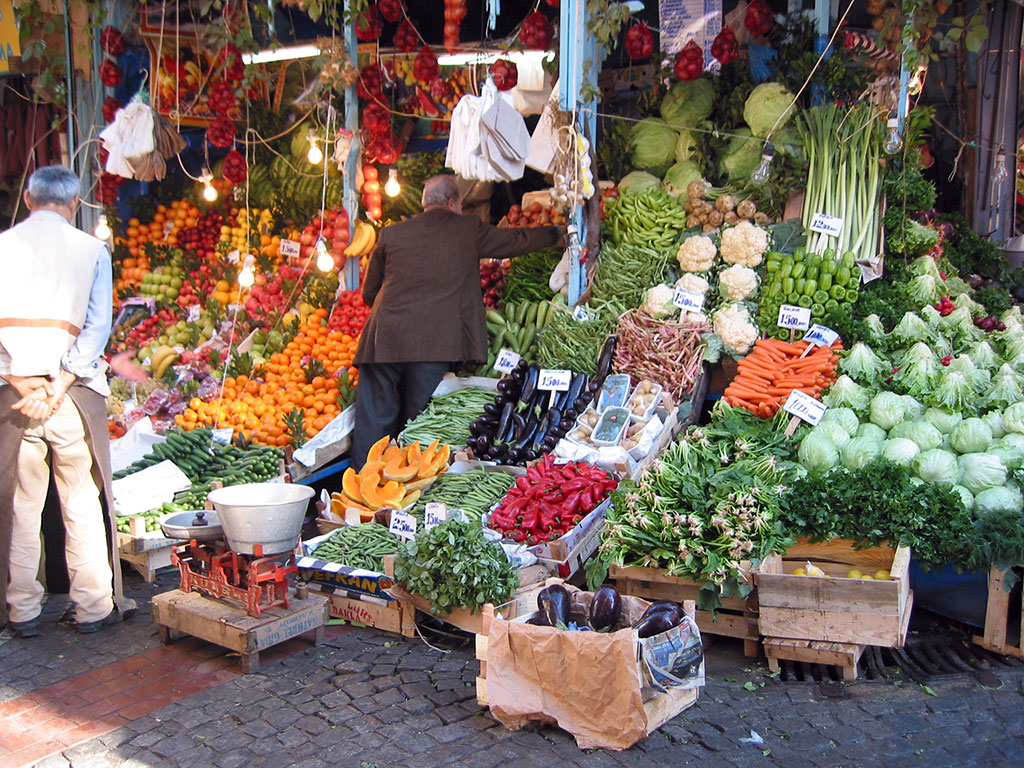 Istanbul | By Benoit Hanquet
By Benoit Hanquet
Istanbul -- Quick Bite: This full-day food tour draws from our best-of list in the European side’s Karaköy neighborhood and the Asian side’s Kadıköy, tied together by a Bosphorus crossing. Our favorite Istanbul experiences include exploring the eateries in local markets and crossing the Bosphorus on the public ferry.  The “Two Markets, Two Continents” route draws from… 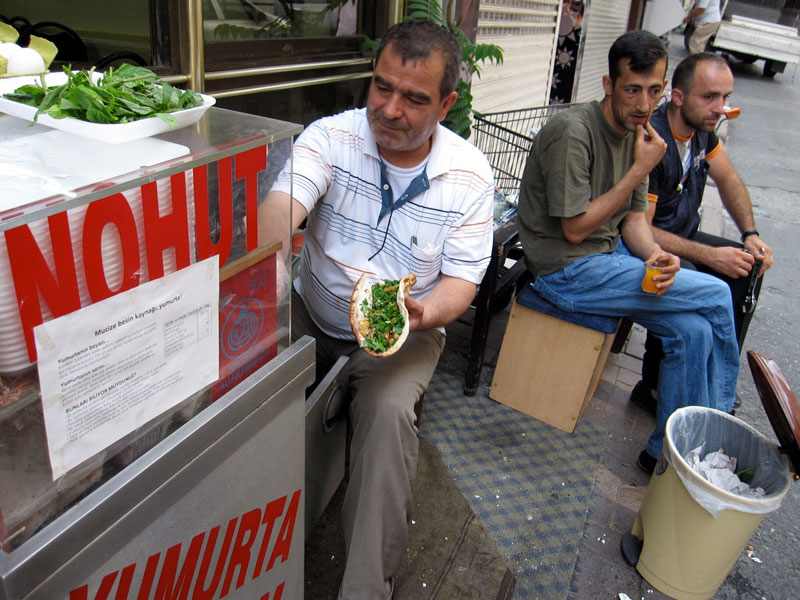 Istanbul | By Istanbul Eats
By Istanbul Eats
Istanbul -- Editor’s note: This post wraps up our special series this week featuring our top street food picks in all of the Culinary Backstreets cities. As rapidly as Istanbul marches toward its modern destiny, street food in this city is still served the old-fashioned way, by boisterous ustas with a good pitch and, sometimes,…
Kadıköy Çorbacısı
Kırtasiyeci Sokak 44, Kadıköy
Tel. +90 216 337 07 93
Web: kadikoycorbacisi.com
Open 24/7