Kurtuluş Son Durak is a busy intersection and transit hub that’s a hive of activity 24 hours a day. Marking a transition between the tidy, middle-class Kurtuluş neighborhood and the rough-and-tumble quarters of Dolapdere and Hacıahmet, the area is home to a host of eateries and cafes that never seem to close.

Right in the center of it all, we stumbled across a diminutive white van rigged with a makeshift grill. Inside the tiny, elaborately decorated vehicle crouched Yıldırım usta, a 75-year-old veteran of the kebab trade who has been serving up truly delicious dürüm – kebab wrapped up in flatbread – on Kurtuluş Son Durak for 28 years. He has lived in the area for just under half a century. “You see all these other kebab shops? I was here before all of them,” he told us.

It is no surprise that Yıldırım Usta adheres to a system that hinges on absolute quality and freshness, and embodies the term “usta” (master) to the fullest extent.

Hailing from the Mediterranean province of Mersin, Yıldırım usta spent years cutting hair before switching occupations. “Being from Mersin, I know the Adana taste well,” he said, referring to the neighboring province from which one of Turkey’s most essential kebabs takes it name. Yıldırım usta’s menu is short and to the point. Adana (spicy lamb kebab), Urfa (the same but not so spicy) and çöp şiş, a skewer of grilled beef morsels intertwined with bits of fat. 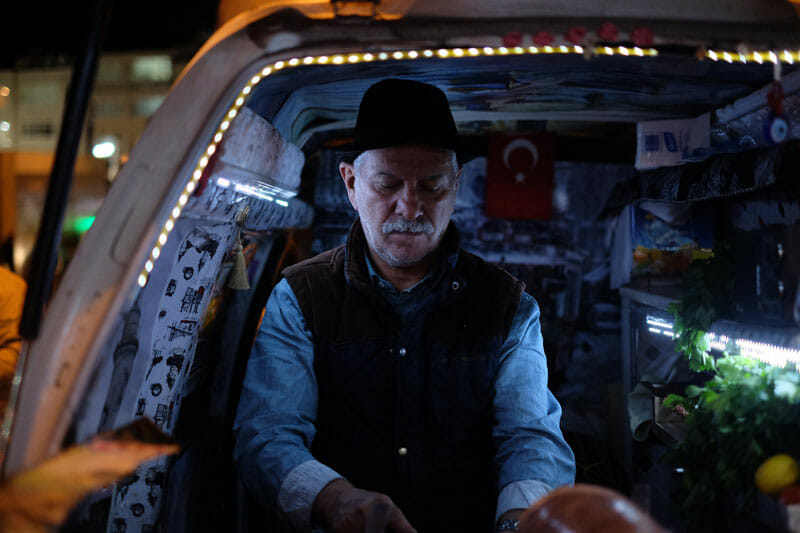 On our first visit, we went for the Adana, which Yıldırım usta wrapped inside a stunningly fresh slice of tırnaklı ekmek, topped with a mix of onions, tomatoes and parsley that was chopped with precision to order. The dürüm was on the petite side and left us wanting more. Yıldırım usta urged us to try the çöp şiş on our next visit, as he was currently out. “Other places buy meat that costs TL 40 a kilo, but mine costs TL 65 or 70,” he said.

Pleased by the fine Adana dürüm, we couldn’t stop thinking about the other item on the menu. Two evenings later, we paid the stubby van another visit and found Yıldırım usta’s partner in crime, Süleyman usta, fanning the flames of our heart’s desire. The 60-year-old Süleyman usta previously worked as a private chauffeur until two years ago, when he joined his old friend of 40 years in the kebab game.

Like his colleague, Süleyman usta emphasized the freshness of their ingredients, all purchased daily. We ordered a çöp şiş, and Süleyman usta rushed to duty, taking out a fresh cut from a small portable cooler sitting at the base of the van, proceeding to slice and assemble the meat on the skewer right in front of our eyes before deftly chopping up the veggies.

The result was divine, hands down the best çöp şiş dürüm we’ve ever had. The grill smoke lingered on our clothes, a welcome souvenir of an experience shaped by finesse and a fierce commitment to grilling up only the best.

“I have two cabbie customers that come to me all the way from Halkalı,” said Süleyman usta, referring to a neighborhood out by the airport. This is the kind of grilled masterpiece that makes it worth braving Istanbul’s suffocating traffic. 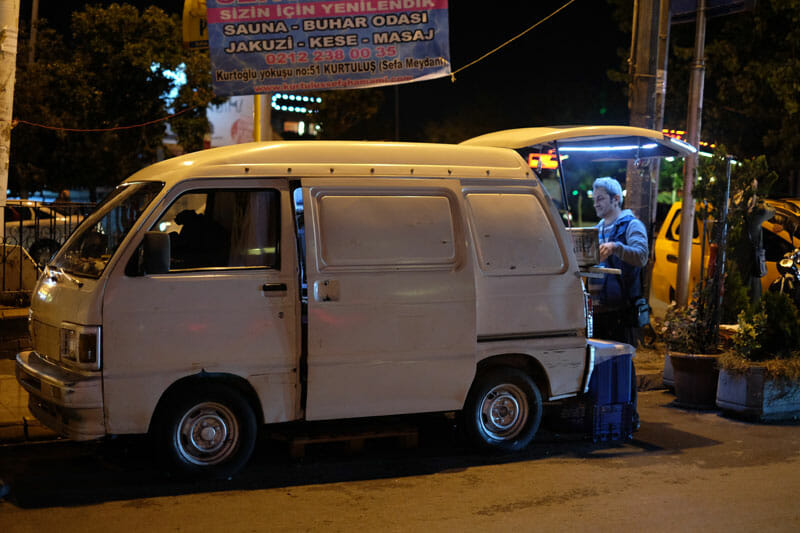 Kurtuluş Son Durak flanks a large Greek Orthodox Church, and both of our grill masters lamented the flight of the Greek neighbors they remember fondly from earlier years. While thousands of Greeks once lived in Kurtuluş, the entire population of Istanbul Greeks has sunk to around 2,000 today, after a tragic 20th century that targeted non-Muslim minorities and their material wealth, prompting a mass exodus.

The area is now home to a diverse mix of African, Middle Eastern and Central Asian immigrants, though it holds special significance for the few Greeks that remain. Elderly men like Yıldırım and Süleyman are a living link to the neighborhood’s Greek past. They can’t talk about the old days without referring to those who were around then.

The two men are as friendly and gentlemanly as it gets, and a dürüm half as good as the ones they serve up would be worth eating just to enjoy their warm, genuine presence. Don’t be fooled by the ultra-modest location of Yıldırım and Süleyman’s grill, as appearances can be deceiving. The van might be a puny Renault that hasn’t run for years, but the dürüm that comes out of it is nothing short of Mercedes caliber. 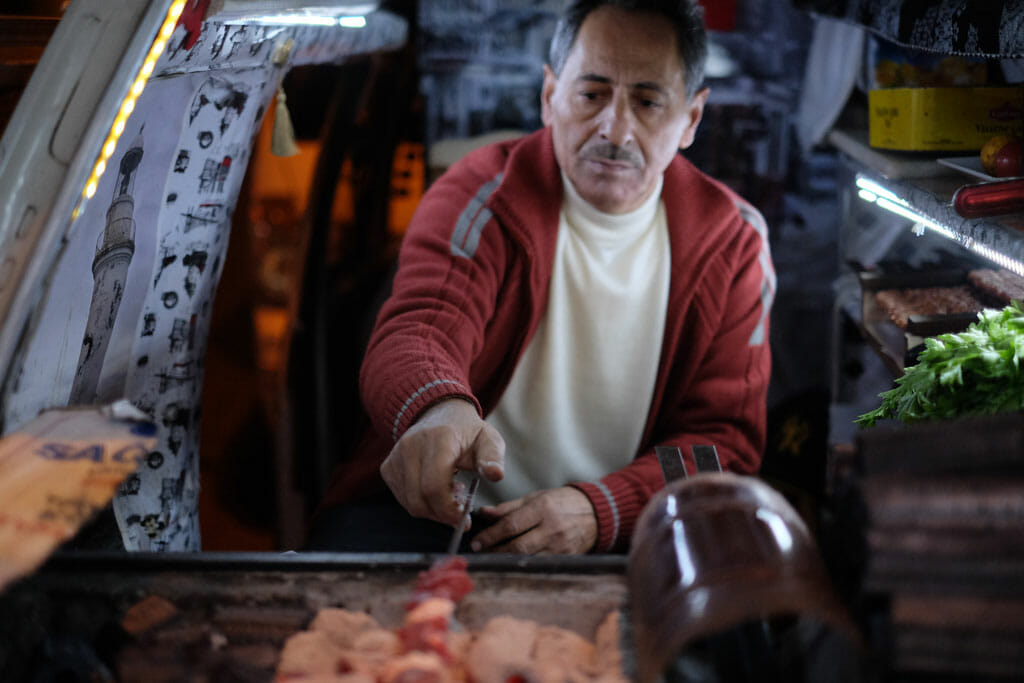