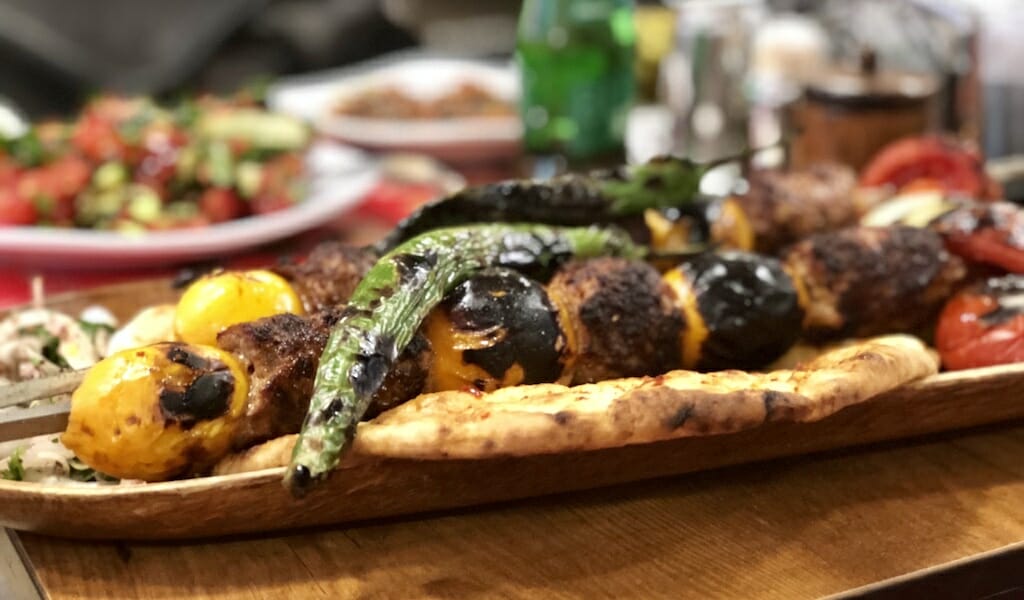 It was the first of April and an absolutely pristine Istanbul spring day, the kind where one can break a slight sweat walking up a hill then catch a cool breeze in a nearby patch of shade. Returning to the city from a lovely weekend on Büyükada, we were smitten with spring and wanted to indulge in its finest offerings.

In a fit of hunger-fueled inspiration, we quickly realized what we were craving: yenidünya kebabı. This spring-only affair is a specialty from southeast Turkey’s Gaziantep where chunks of minced beef and/or lamb are skewered in between sections of newly arisen yenidünya, or loquat, diminutive orange fruits that are as tantalizingly tart as they are sweet. The poetically named yenidünya translates into “new world” in Turkish, perhaps an allusion to the fact that the fruit’s arrival coincides with the earth’s revival after its winter slumber. 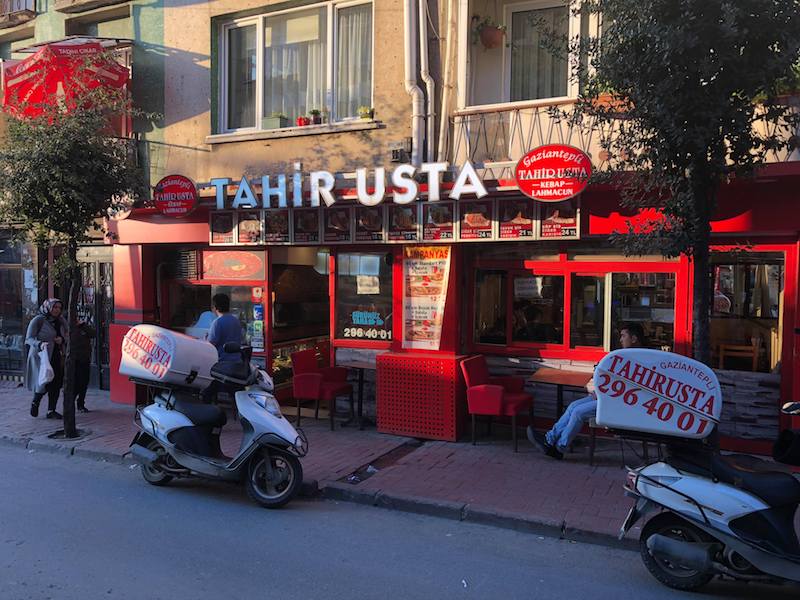 Being a region-specific dish served only when the loquats are in season, we knew it wasn’t going to be offered at just any grill house. Our research led us to Sahan, a restaurant on the Asian-side borough of Caddebostan boasting an extensive menu of Antep favorites. We called up to ask if yenidünya kebabı had made it to the menu and received an affirmative reply. Hopping off the ferry, we boarded a dolmuş, where pangs of hunger were exacerbated by traffic unbefitting of a lazy Sunday afternoon.

Finally arriving at our destination, we ordered some cold mezes and marveled at Sahan’s fresh flatbread and delectable herbed butter. Our plate of yenidünya kebabı arrived, and we wasted no time tucking into the succulent meat that mingled marvelously with the ambitious flavor profile of the loquat, which became both more sweet and sour after having kissed the grill.

Gloriously impaled on the iron skewer, the loquat sung the praises of spring.

We had no issues with the food, but were put off when a waiter practically scowled at us after we asked for more bread. And while Caddebostan is a pleasant area with a wonderful park that stretches around the Marmara Sea coast and ranks among our favorite hangout spots in nice weather, the neighborhood is not on our list of top culinary destinations. We left a bit miffed, quickly coming to grips with the fact that we had to do things our way.

Having previously received a promising tip about an Antepli grill house in the Feriköy neighborhood, at the heart of our stomping grounds, we thought that we might be able to kill two birds with one stone. Stepping into Tahir Usta’s place, a bustling affair churning out kebabs and lahmacun to a frequently packed dining room, we asked if by any chance yenidünya kebabı was on the menu. The young lads manning the oven didn’t know what we were talking about, and suggested that we wait until Muhammet, Tahir Usta’s son, came back from his afternoon prayers. 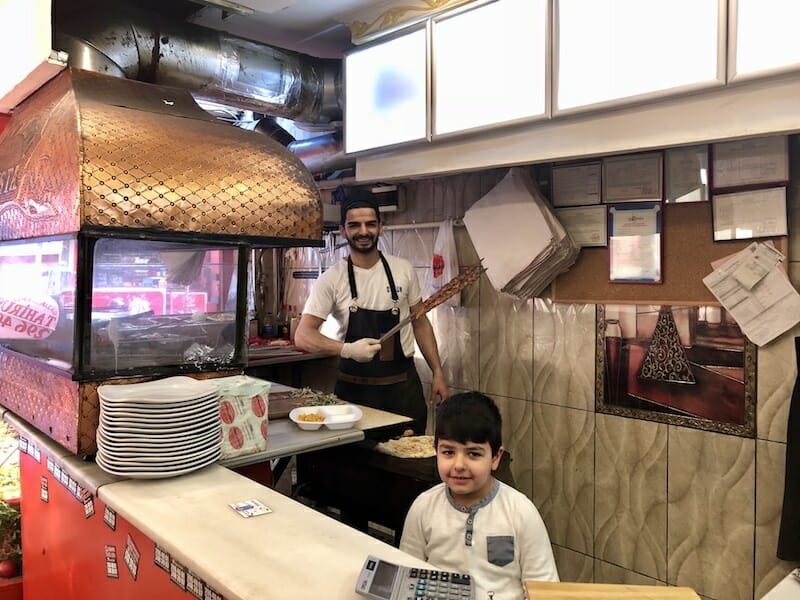 When Muhammet Usta returned, we asked him if he would craft for us the object of our desire if we brought him a pile of fresh loquats. With a beaming smile and simple shrug, Muhammet Usta was up for the task. We quickly shuffled out of the restaurant and began our search for loquat, which still had not made an appearance at most of the markets in the neighborhood. But in an area where there is a market on practically every corner, it didn’t take us long to procure our poison. We nabbed half a kilo and made a beeline back to Tahir Usta’s place.

The resulting platter dwarfed what we had at Sahan, featuring two intimidatingly long and heavy skewers that, we noted, could deal serious damage in the event of an unexpected post-meal melee. Instead of slicing the loquat in half, Muhammet Usta opted to showcase them whole, which forced us to pick through the four individual pits found inside. It made the meal more exciting, as we had to put a bit of work to enjoy the feast, which was as spontaneous as it was bountiful.

Gloriously impaled on the iron skewer, the loquat sung the praises of spring and again paired perfectly with the elegantly spiced minced meat. Gingerly ambling out of the grill house, the sun gently bore down upon us, and the tart tang of the loquat lingered on our lips. Spring had arrived, and we wished it would never leave. 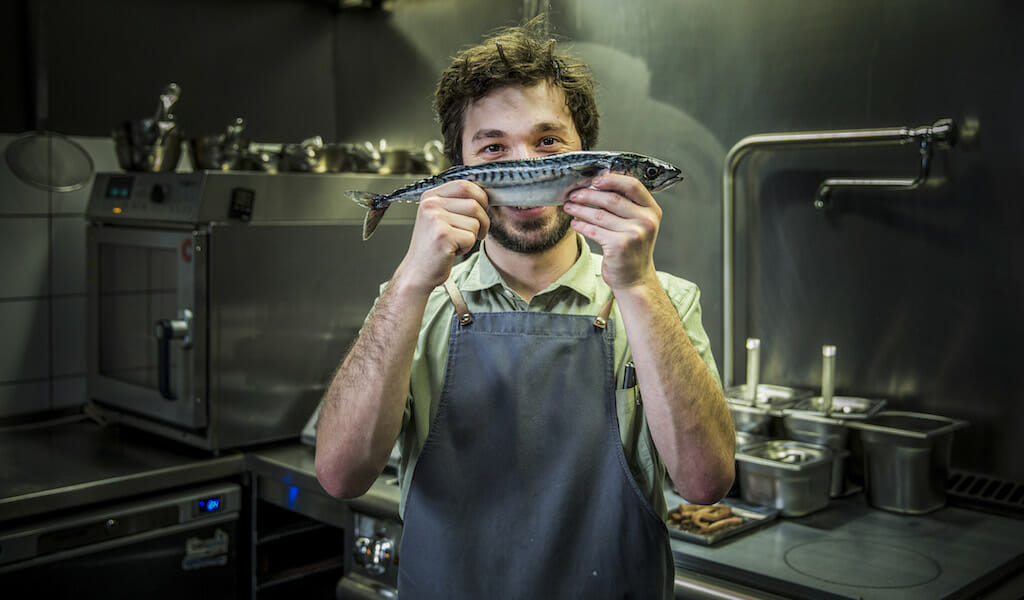