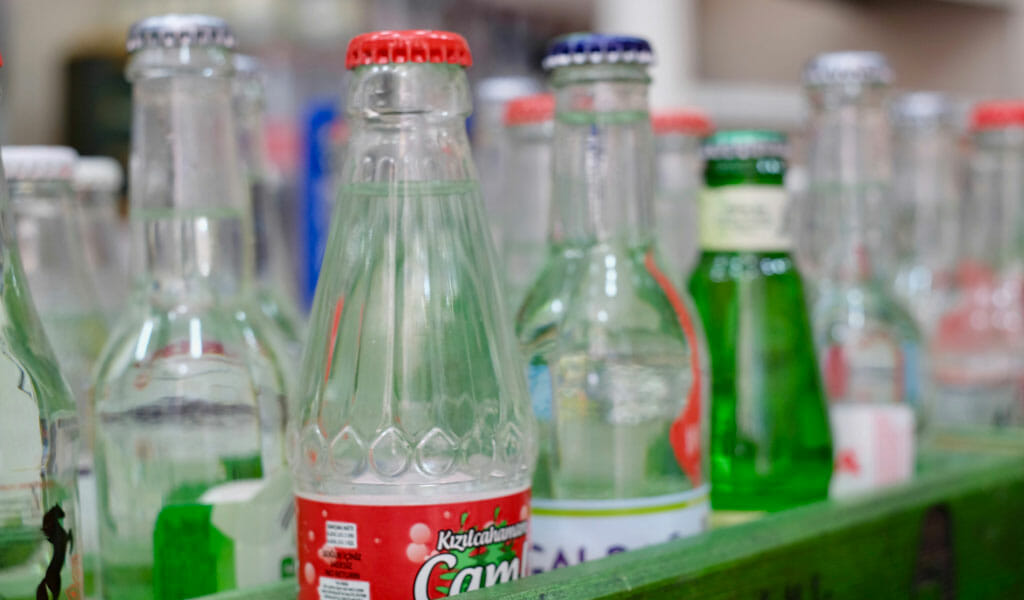 Istanbul’s Vefa neighborhood is home to a rich collection of historic treasures. Framed by the vast and beautiful 4th-century Valens Aqueducts, Vefa is in the heart of the old city but retains a sense of locality and rusty charm perhaps lost in the more touristy neighborhoods nearby. Among its institutions is Vefa Bozacısı, which has sold boza – a thick, fermented millet-based drink popular in the winter – since 1876.

Immediately across the street is an establishment that has only been around for a few months but also specializes in another beloved local beverage, gazoz. Opened last year by Istanbul University economics student Mahmut Saklı, Vefa Gazozcusu is likely the only shop in Turkey that exclusively sells the drink.

The fizzy soft drink with its flagship flavor that falls between raspberry and bubblegum was a staple soda all over Turkey, with many provinces producing their own brand. The arrival of Coca-Cola in 1964 sent gazoz to the bottom of the shelf, though it has been staging a comeback recently (Avam Cafe in Beyoğlu has been serving several dozen brands alongside a solid menu of food for several years now). 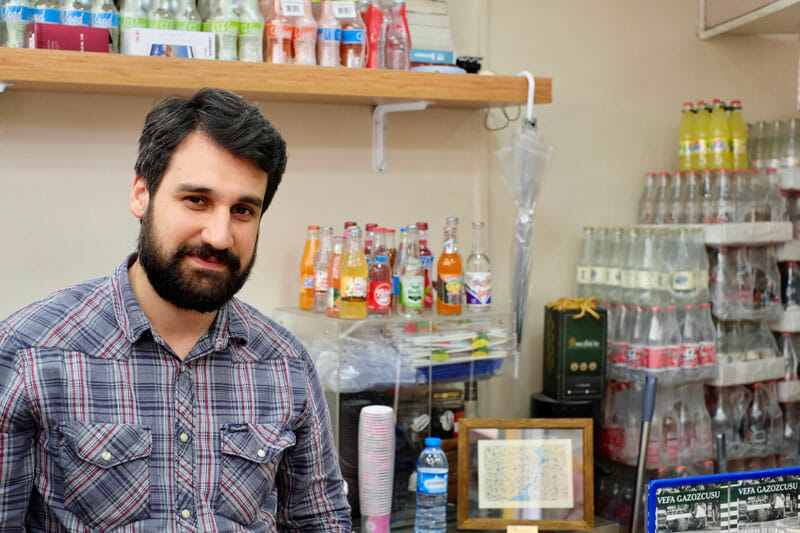 Saklı’s story begins with a question that quickly answered itself. He opened a small market and became quickly aware of the high number of imported foreign products he was selling. “Isn’t there a product from our country that we can promote?” he wondered. Soon after, a professor stopped by and requested that he carry Niğde, one of the most iconic gazoz brands in Turkey, its namesake a Central Anatolian province. Eventually Saklı obtained the number of a wholesaler and began stocking more than 50 different types of gazoz from all over the country.

Having developed a rapport with the local shopkeepers in Vefa, Saklı was asked if he wanted to rent his current space when it became vacant. “I jokingly said, ‘What if we opened up a gazoz shop?’” Saklı recalled.

That joke became an idea that was taken seriously by Saklı’s peers, and he approached a childhood friend, Anıl Karacaer, and the two partnered up to open Vefa Gazozcusu.

“As the reactions of our customers got better and better, it made us really happy, and we began to research how we could get more varieties. We started with 50 and are now at 100. We aim to have 150 choices by July,” Saklı said proudly.

Saklı estimates that there are 200 different types of gazoz produced in Turkey from more than 50 different cities. It was a different story before Coca-Cola stormed onto the scene. “There were 1,000 different makers; every neighborhood in Turkey had its own gazoz producer. Most of them were forced to close down,” Saklı said.

While Uludağ – a gazoz hailing from the province of Bursa immediately to Istanbul’s south across the sea of Marmara – has been ubiquitous in Istanbul for as long as we can remember, it was often the only choice on the shelves. Other brands have occasionally popped up, such as Beyoğlu, which offers several flavors, including zencefil gazoz, an ebullient, refreshing take on ginger ale. 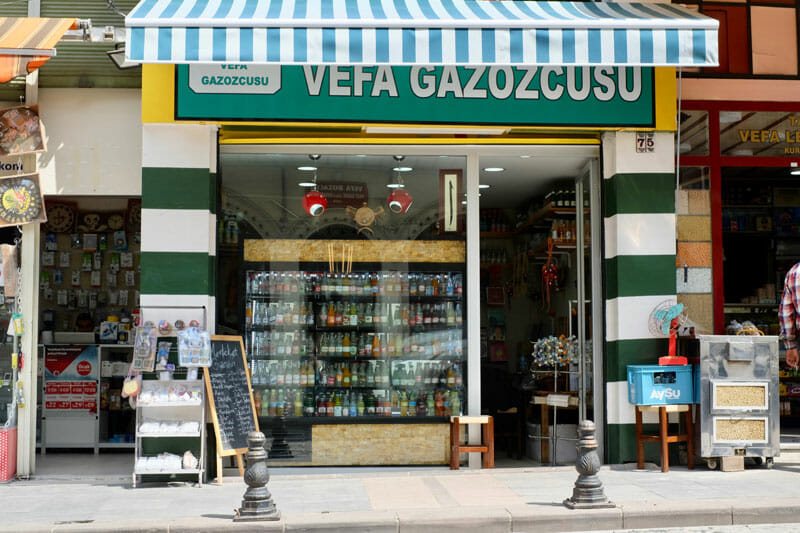 Among Saklı’s 100 choices are a number of interesting flavors ranging from coffee to chocolate to pomegranate, but we prefer to stick to the classics. We enjoyed a bottle of Trakya from the northwestern city of Edirne on one visit and Laçin from the central Anatolian city of Eskişehir on another. The latter has been around since 1913, managing to survive the flood of global imports probably due to diversification, producing sparkling water and other flavored soft drinks.

“We can’t say which ones are our favorites,” Saklı says, acknowledging that there are brands he prefers, but declining to unfairly steer customers in certain directions. With Vefa Gazozcusu’s already vast and ever-expanding selection, we are excited to continue refining our blossoming gazoz palate.

Gulp down a gazosa on our Naples walk!

Istanbul | By Lorenza Mussini
By Lorenza Mussini
IstanbulWandering around the neighborhood of Çarşamba, home to a famous weekly market and close to the sprawling Fatih Mosque complex, we get the distinct impression that this area is honey central: the streets are lined with shops selling the sweet nectar, particularly stuff coming from the Black Sea region. “This area is full of honey…
Vefa Gazozcusu
Mollahüsrev Mahallesi, Vefa Cd. 75/C, Fatih
Tel. +90 549 292 1453
Hours: noon-midnight