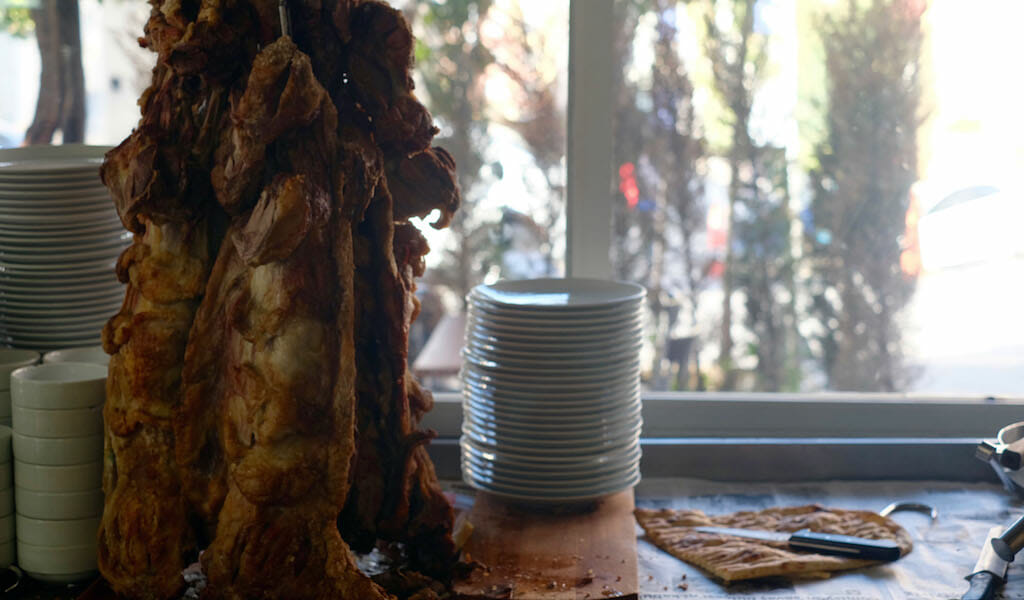 It was 10 a.m. on a bright, crisp Monday morning as we blasted down a miraculously traffic-free stretch of Istanbul’s E-5 highway. We were en route to Bağcılar, a jam-packed outer district home to three quarters of a million people. Awaiting us was an ambitious breakfast of büryan kebabı, delectable lamb meat roasted to perfection in a belowground coal-fired oak tandoor oven before emerging in all of its glory, ready to be sliced and devoured quickly with fresh flatbread. Clearing a vast swath of the notoriously traffic-strangled city in less than 20 minutes, the first meal of the day was just around the corner and we already had the feeling, mere hours in, that this was going to be a good week. 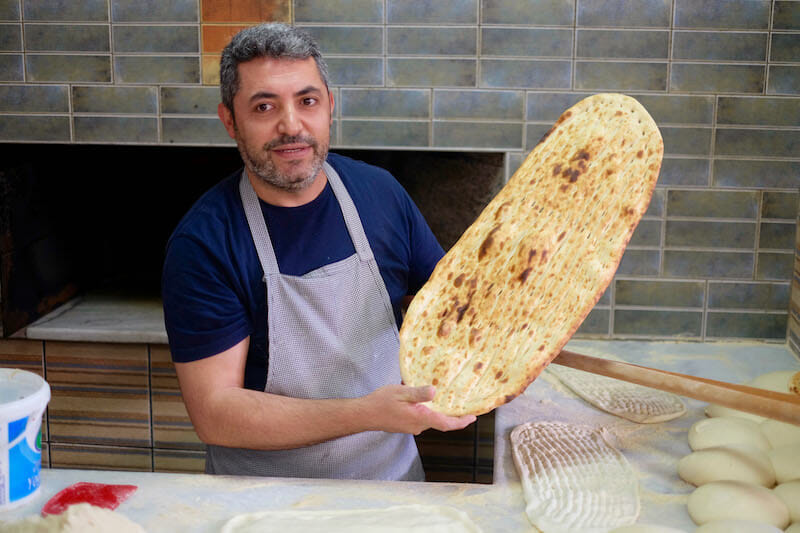 Behind the wheel was our gracious host Sabri Yürek, an amiable restaurateur clad in a pressed blue suit. Yürek, who walks with an energetic swagger, owns a formidable kebap joint called Bireckli in Sirkeci, which is where our friend Anya von Bremzen first met him. It was there that the topic of büryan kebabı came up. Yürek, who hails from the southeastern province of Bitlis, which he considers the heartland of büryan kebabı, insisted that she try the real thing. Anya was game and invited us to come along for the ride.

There is fierce debate over who, exactly, can lay claim to büryan kebabı – it has even prompted commentary from local leaders who feel compelled to defend their respective hometowns. Many would argue that Siirt, a province neighboring Bitlis, has a monopoly on the dish. Just below the city’s iconic Roman-era Valens Aqueduct, Fatih’s Kadınlar Pazarı is unofficially known as Little Siirt, and boasts a strip of intense butcher shops as well as a number of acclaimed Siirt-style büryan joints. The area is a well-known culinary destination, though Yürek dismisses it as “touristic.” And that is precisely why we are headed all the way to Bağcılar on Monday morning: to do büryan the Bitlis way.

There is fierce debate over who can lay claim to büryan kebabı.

We roll into Kulu Büryan & Kebab Salonu where usta and fellow Bitlisli Cahit Kulu is standing by the finished product: newly roasted lambs hanging on a series of hooks waiting to be sliced up and served. Another set has been plunged into the tandoor and will be ready within a couple of hours at most. Yürek and Kulu insist that one of the fundamental differences between Siirt and Bitlis büryan kebabı is that the former uses mutton while the latter opts for baby goat or lamb. “Lamb is the best meat on earth,” Yürek says. Before we may have disagreed, but after the main course we found ourselves inclined to believe him.

The meal starts with a bowl of avşor çorbası, a spicy, invigorating soup consisting of broth from the büryan drippings infused with a peppery base and thin, tender strips of the büryan itself. Our appetites whetted, the main course shows up suddenly and triumphantly, like welcomed midday sunlight piercing through a persistent cloud. The meat is served above a buoyant mattress of what looks like tırnaklı ekmek but what tastes like the most heavenly Indian naan bread we’ve ever had. It’s also straight out of a tandoor, though one that (fortunately for the baker) is located above ground. 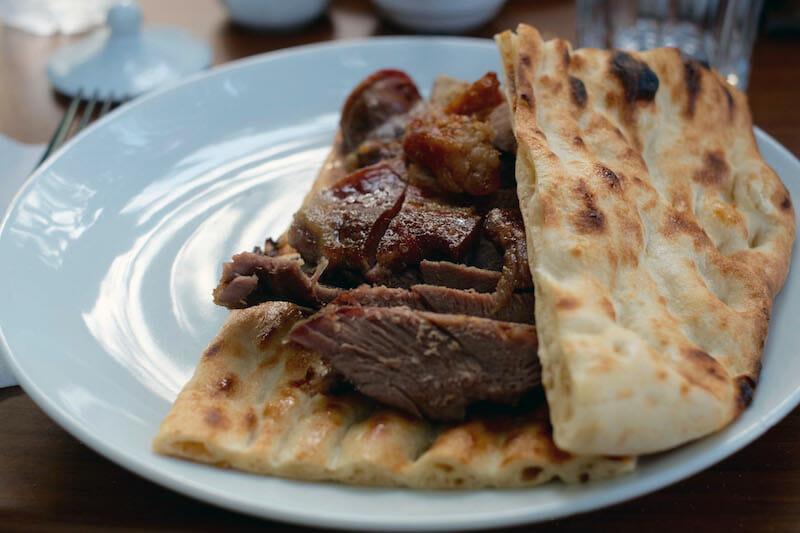 The main cuts are perfectly cooked and truly heavenly. But the fatty parts – with their divine layer of crispy skin that was slathered in salt before being submerged into the oven – steal the show. They are morsels of unbridled flavor that get snapped up right away. We ask for another plate of these pieces, which also disappears quickly.

“People come to eat here from all over, including district mayors,” Kulu says proudly. It’s easy to see why. Kulu and his team simply serve up some of the most delicious meat we’ve ever had. And while Sabri’s car and the fortunate lack of traffic got us there quickly, we’d be willing to brave the three metros it takes to reach Bağcılar otherwise. 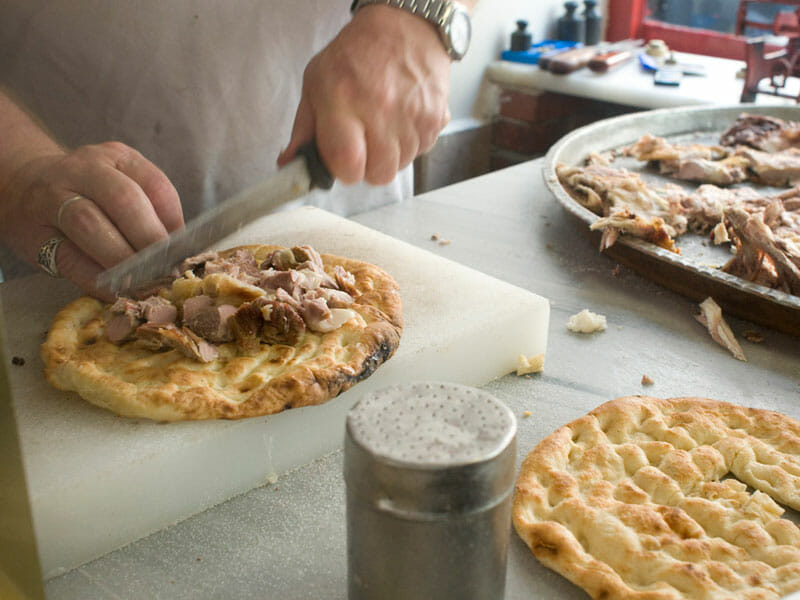 Istanbul | By Istanbul Eats
By Istanbul Eats
IstanbulEditor’s note: Siirt Şeref Büryan Kebap Salonu has moved to a new location a few blocks away from the Kadınlar Pazarı. Kadınlar Pazarı – a pleasant, pedestrian-only square in Istanbul’s Fatih neighborhood – is the closest thing the city has to a “Little Kurdistan.” The area is populated by migrants from Turkey’s predominantly Kurdish southeast… 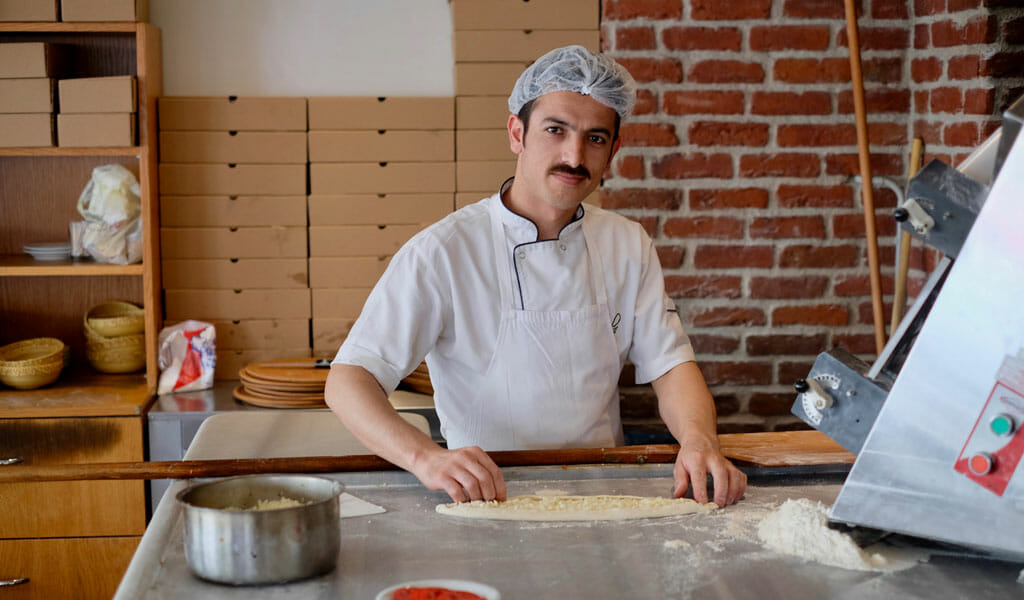