A Q&A With David Hagerman, Photographer For "Istanbul & Beyond" | Culinary Backstreets 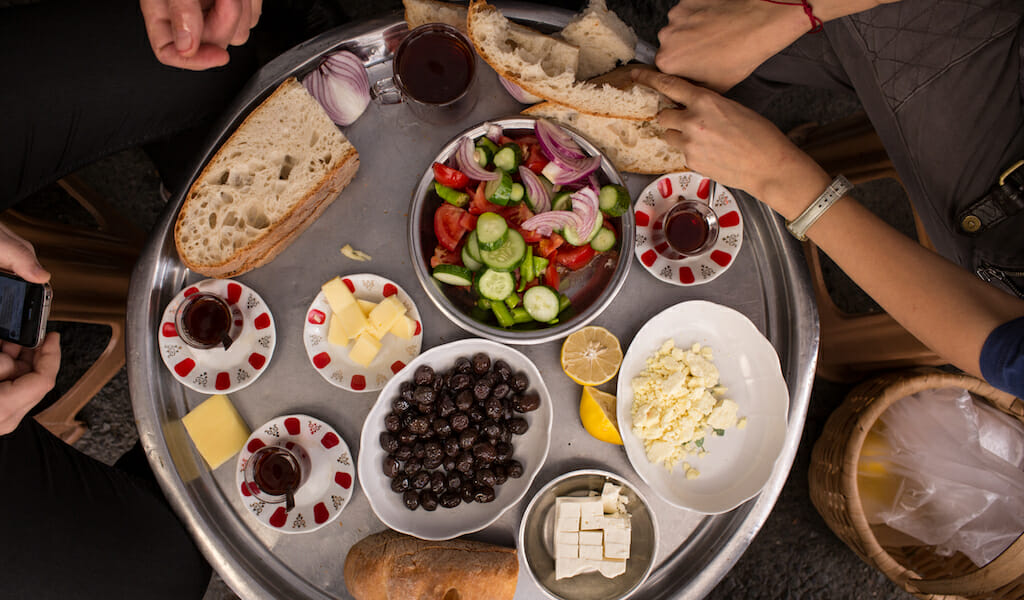 Photographer David Hagerman is one half of the duo behind the new cookbook Istanbul & Beyond: Exploring the Diverse Cuisines of Turkey, which will be published by Rux Martin Books/Houghton Mifflin Harcourt (USA) on October 10. Together with Robyn Eckhardt, his journalist wife and the author of Istanbul & Beyond, he has crisscrossed Turkey countless times in order to document farm-to-table food culture and discover the country’s best dishes. The resulting book is a stunning culinary journey through Turkey, one told as much through the recipes collected as through Hagerman’s arresting photos.

We spoke with David, who has photographed around the world for The Wall Street Journal, Travel + Leisure, Saveur, The Economist, The New York Times and other publications, about his approach to shooting the images for the book, culinary culture in Turkey and some of his favorite spots in the country. 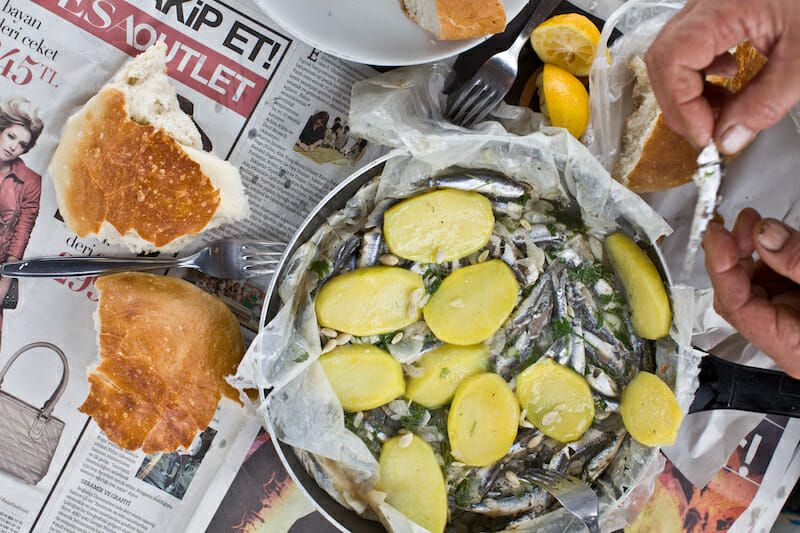 The book feels very much like a visual travelogue as it does a straight-ahead cookbook. How did you go about approaching the book’s visual aspect?

Early on, before we had the intention of doing a book, Robyn and I were struck by how regional and local (almost hyper-local) foods and ingredients are in Turkey. We heard time and time again that “they do it like that over there, but WE do it like this.” The “over there” might be only 20 km away, but how the ingredients were used could vary significantly.

We decided that the book needed to reflect the idea that from the land comes the food – visually it needed to show how topography affected what people grew, cooked and ate. I wanted to capture how people ate as much as what people ate, which meant that we needed to travel to these areas in all seasons.

Also, there is a very narrow window when certain ingredients are available. There is a joyous frenzy during, say, anchovy season or when spring herbs are at their peak – you eat as much as you can at that time and find ways to pickle or preserve it for later. A dish like the spoon salad from the book came about because we asked at the Siverek market what people were doing with all the wild cress (tere otu) that appears in the city during a two-week period in March. Likewise, if you are in the middle of hamsi season on the Black Sea it is common to see men standing around a grill, in the middle of winter, grilling and eating hamsi. It might be snowing, and your hands might be red and chapped from the cold, but you’re going to eat as many of those hamsi as you can because tomorrow the catch might be over! 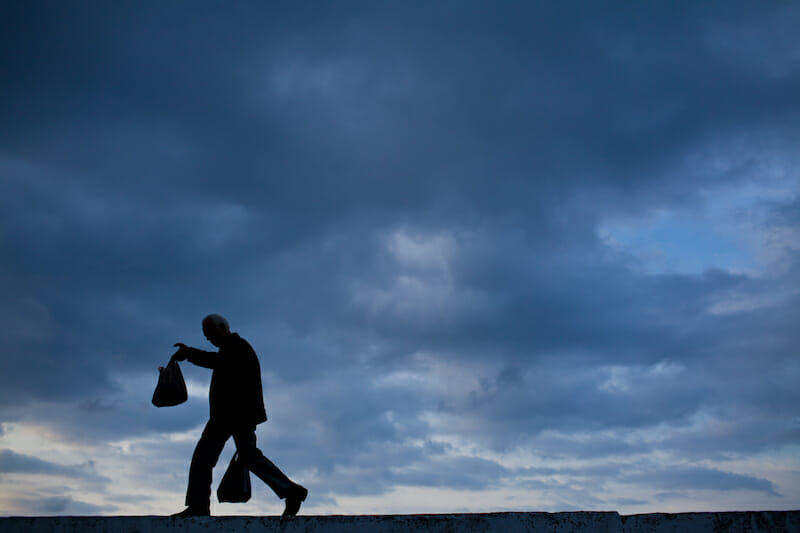 Can you describe the actual process of shooting the book’s non-studio food photos? How did you find the subjects to photograph and set up the actual shoots, particularly in some of the more rural areas you visited?

Much, if not all was a product of serendipity within a loosely structured routine. One thing that I’ve learned over the years is that photography takes time, often alone time since it can involve walking/driving around looking for “something.” So we worked out a plan where I would head out early in the mornings, before sunrise, either on foot or by car and just look for landscapes and/or “situations” e.g., bakers, people prepping for breakfast/lunch, milking sheep/cattle, making cheese, eating breakfast, etc. It was (and continues to be) important that I have some alone time with the camera to just explore and see what happens.

Turks in all parts of the country are extremely hospitable so finding these situations was not really a problem. We would often repeat the same process together in the evening and literally say to ourselves: Should we turn right or left at this road? Or how about this road? Nothing was really planned except that I wanted to follow the light to see what I could find. Secondary to that, we spent a great deal of time in markets, particularly in the köy (village) sections where people would bring things – cheese, honey, nuts, grains, pekmez (molasses) – that they had produced themselves. Often one thing would lead to another and before we knew it we would be standing in a 100-year-old water mill as an usta mills corn or a housewife bakes a cake and serves us tea. The great thing about food is that it is neutral, free from politics and so easily shared.

We also left a lot of time in our schedule for things that might happen – harvest, a special producer, great light and weather, you name it. We also looped back to places, especially if someone invited us. We are not real pushy people so we wanted things to happen as naturally as possible. I also feel the saying that photography is about relationships is so true. Good pictures sometimes take time to develop. 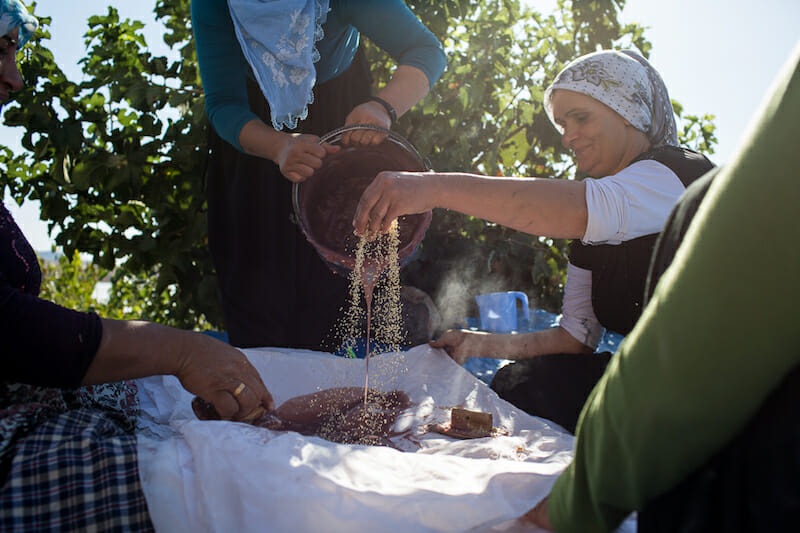 How did the experience of shooting this book compare to other photographic projects you’ve done?

One was the close collaboration with the writer. Working as we did we could use images to add context to the words as opposed to interpreting the writer’s experience. Sometimes, it went the other way where a photo inspired Robyn to write about something that she might not have considered. Second, I was shooting entirely for myself, which is both liberating and terrifying. I wanted to stay very focused but given the number of situations I found myself in I didn’t want to limit the range of images that I would take. At the end of the day I am less interested in the final dish (although I know we need to have those photos in the book) and more interested in how the dish is made, who made it and where the ingredients come from.

Also, there was the sheer volume. I probably shot well over 100,000 images, which eventually (read: slowly and painfully) were edited down to about 300, half of which then ended up in the book (some of the final selections were shot in a studio and the rest on location). Because of the time spent in the field I ended up with a number of side projects such as “Firin,” an essay on wood fired bakeries mostly in eastern Turkey. I also came up with The Breakfast Project, which is now a larger body of work including shots from travels in Mexico, Asia, Australia and of course Turkey, where it started. Another series is When There Was Peace, which is a collection of images showing daily life in Kurdish areas of Turkey in 2014-2015 while the peace talks were going on. It was a time of tremendous optimism, and I wanted to show an aspect of daily life that differs from the doom and gloom that is often depicted. 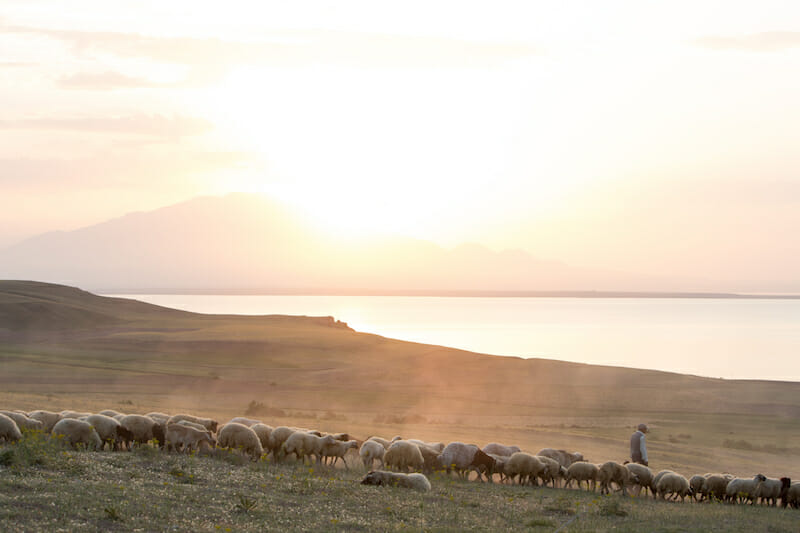 Looking at many of the photos you took, one gets a very strong sense of the natural role visual presentation plays in Turkish cuisine. Could you talk a bit about that?

Spending time in markets you really get a feel for the idea that buyers eat with their eyes first. I have spent a great deal of time in markets around the world and can say that Turkish vendors spend more time and place more care in displaying their produce than anyone out there. Fruits and vegetable aren’t just tossed out in a pile. Every piece is carefully placed in the display as if to say, “I only sell the best.” A lamb carcass in a butcher’s window might have a bow on the tail. A fishmonger will intersperse parsley or lemon with the fish to make it more appealing and denote “freshness.”

The same goes for eating. Tables are carefully arranged and food is always shared. There is a communal aspect to eating in Turkey. Tables are loaded with food. You sit down, talk, take a bit of this or that. Even a simple breakfast of bread, cheese and vegetables gets a treatment. First a newspaper is put down on a table. The components are laid out – cheese, olives, maybe kaymak or yogurt. Veggies are carefully cut and bread arranged around the table. Then when the tea arrives everyone eats. You don’t simply grab something and shove it in your mouth. You sit, eat, drink tea and when you’re done, you go back to work. 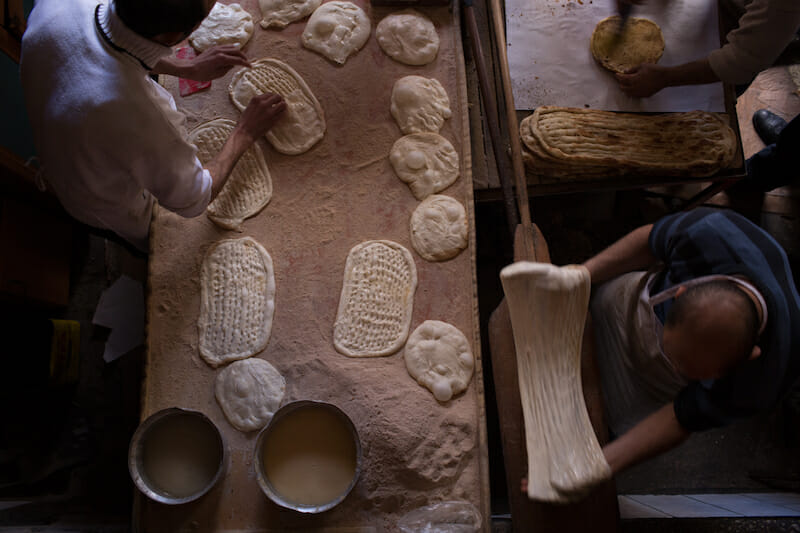 On a similar note, what kind of sense did you get from working on this book about the role that culinary culture plays in Turkish communal life? Are there regional differences?

There is such a strong sense of hospitality all over Turkey. It’s the idea that you’ve “failed” as a Turk if you haven’t extended some form of hospitality to a stranger, whether it be a cup of tea, or more often an impromptu meal. Shooting what became The Breakfast Project, I found that I needed to be careful where I stopped to photograph or I would end up eating three breakfasts in a morning! This was especially true in the Kurdish regions where it was just ordinary that if we stopped [somewhere] we would be offered tea, food and a place to stay for the night.

Finally, after your travels throughout Turkey, any particular places whose memory stayed with you?

I loved it all but we were particularly lucky to have traveled to Hakkari in the spring of 2015. The countryside is spectacular. Since it was spring, the hillsides and valleys were bright green. The mountains surrounding the area were still snow-covered, and there were patches of snow of the south side of the foothills. Kids were outside playing and shepherds were grazing their flocks. People were foraging herbs and plants that we had seen for sale in the city. All these things, plus the people we met, are what made it so noteworthy. Walking and driving around we were invited to a home-cooked lunch, a wedding (and breakfast feast) and to join a family baking bread in a traditional tandoor oven. All in the course of about 36 hours. We are still in touch with many of these people and hope to get back some day. 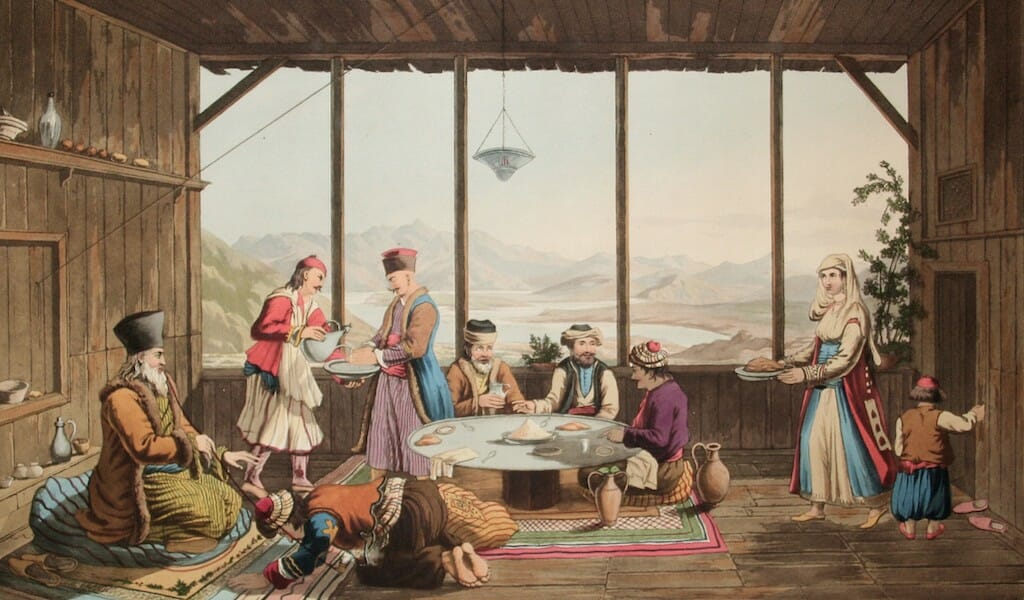 Istanbul | By Culinary Backstreets
By Culinary Backstreets
IstanbulWe recently spoke to food historian and researcher Priscilla Mary Işın about her new book, Bountiful Empire: A History of Ottoman Cuisine (Reaktion Books; May 2018). She has previously published edited transcriptions of texts relating to Ottoman food culture and Sherbet and Spice: The Complete Story of Turkish Sweets and Desserts (2008), a social history…