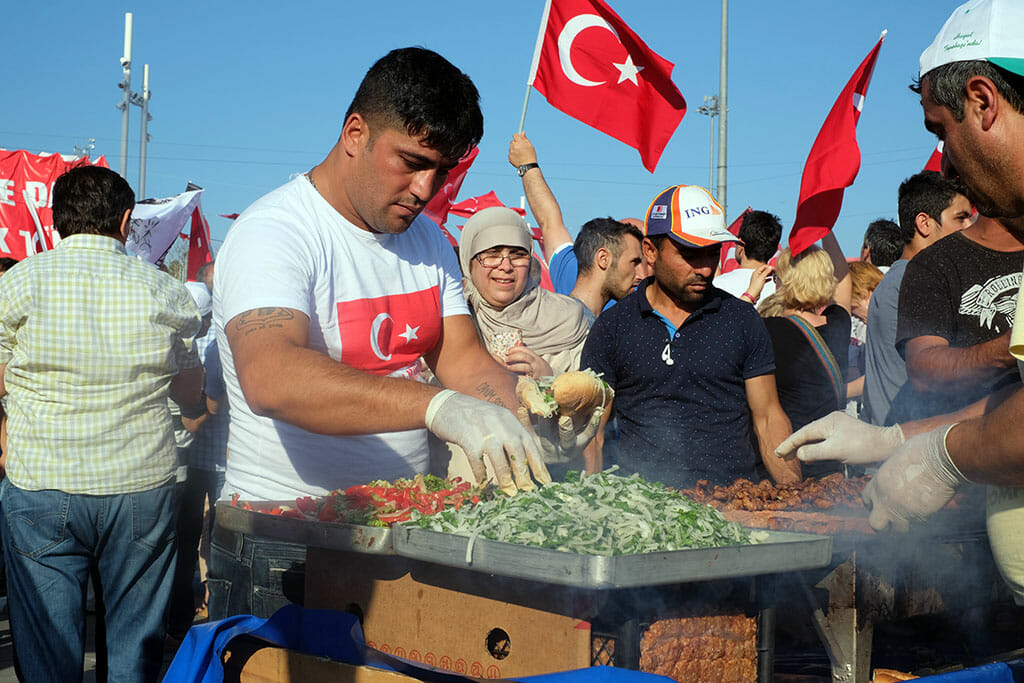 On the night of July 15, electricity consumption on the European side of Istanbul rose by a staggering 52 percent. People frantically clutched their smartphones, plugged in their chargers, and remained glued to their TV screens.

Turks watched with terror as a military coup attempt played out like a twisted B action movie. Tanks ran over people and shot them in the street. An F-16 left a sonic boom in its wake sounding no different than an exploding bomb. Jets fired on the parliament building in Ankara.

President Recep Tayyip Erdoğan, via a Face Time call on live TV, urged people to take to the streets. His call was heeded and crowds stood in front of the tanks, stopping the coup in its tracks. The coup seemed to end just as it became clear what in fact was taking place, but not before 290 people were killed. 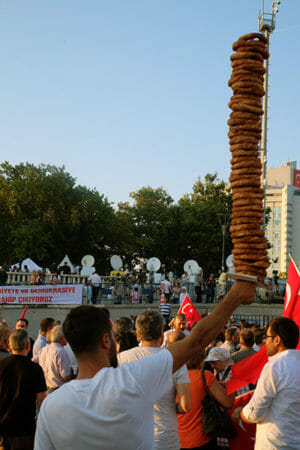 In the midst of these topsy-turvy times, the unexpected happened yet again. The main opposition Republican People’s Party (CHP) announced plans to hold a rally in opposition to the coup in Taksim Square, three years before the site of large-scale anti-government protests and since then off-limits to almost any sort of public gathering. This time, the ruling Justice and Development Party (AKP) not only gave the rally the green light but, in fact, said it planned to attend. Prime Minister Binali Yıldırım turned heads with a conciliatory tweet: “This country’s Turks, Kurds, Alevis and members of the CHP, [Nationalist Action Party] MHP and [People’s Democratic Party] HDP came together to give a necessary lessen to the coupists,” Yıldırım said, in surprising contrast to the polarizing rhetoric his government has used repeatedly in recent years.

Thousands of people assembled in Taksim on a bright Sunday nine days after the coup attempt for the CHP’s rally, and while the crowd was mainly supporters of that party, people from an array of backgrounds were present. Aging men with skullcaps and prayer beads brushed shoulders with members of socialist youth groups handing out flyers. Everyone seemed to get along. Was this a sign that an intensely polarized Turkey was finally unifying around a common threat? It seemed too good to be true, and time will tell if it was.

To us, the best indication that Istanbul was coming back to itself after the confounding chaos of the previous week was the smell of grill smoke wafting through the crowd. Though the Turkish Red Crescent was handing out free water and packaged snack cakes, legions of street vendors descended upon the square to feed the hungry crowds. Sellers of sliced watermelon, chicken and rice, simit and köfte sandwiches seized the opportunity to hawk their wares to Taksim’s biggest crowd in three years.

“I’m hopeful because people came together. We want it to always be like this,” said Fethi, a young seller of apples and salted cucumbers, as he sliced us a free sample.

“We only come out when there are crowds like this. Otherwise, the police chase us away,” said one köfte seller, who had parked his mobile grill in the thick of the masses. At least for today, business was booming, and the cops were too busy to notice. 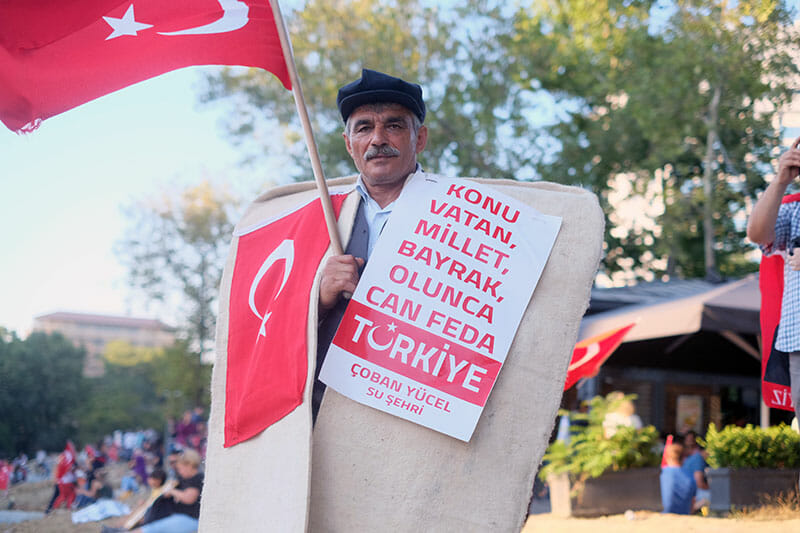 Adding to the colorful crowd were two former shepherds who showed up donning their kepenek, thick felt cloaks.

“The spirit of Çanakkale is alive here today,” said Yücel, referring to the pivotal World War I battle that paved the way for Turkish independence.

As the sun began to set, the CHP rally thinned out, and was replaced by the nightly brigade of mostly pro-AK Party supporters heeding Erdoğan’s call to maintain an anti-coup vigil out in their cities’ squares. People came and went, though tensions did not flare. The backstreet bars and cafes of Beyoğlu were packed as parched demonstrators quenched their thirst. The weather could not have been better. Transgender sex workers dressed to the nines stood by their usual posts on Tarlabaşı Boulevard. Mostly unlicensed vendors offering treats of all kinds lurked on every corner.

It wasn’t easy, but you could tell Istanbul was trying to hold on to itself. In a city already changing at an alarming pace, 2016 has proven to be both tumultuous and tragic, punctuated by a string of terror attacks and now the violence of the failed coup. The city and its inhabitants, it seemed, were grasping for pillars of dependability. The kettle corn vendors who seem to appear out of thin air made their rounds, glasses were raised, throngs of revelers enjoyed the transformation of a balmy day into a cool evening. It seemed that, at least for the moment, everything was in its place.

We turned the corner, edging our way back toward the square. Exhausted flag sellers slumped over on curbs while vendors of bottled water emphasized the ice-cold nature of their product, trying to stay competitive as the municipality gave away room temperature water for free. Taxi drivers at the end or beginning of a long shift stood by eagerly awaiting the next fare. A half-moon dominated the starless sky as a subtle breeze caressed our shoulders, sunburned after a long day out in Taksim. Soothed by its gentle, cool exhale, we never felt more at home. 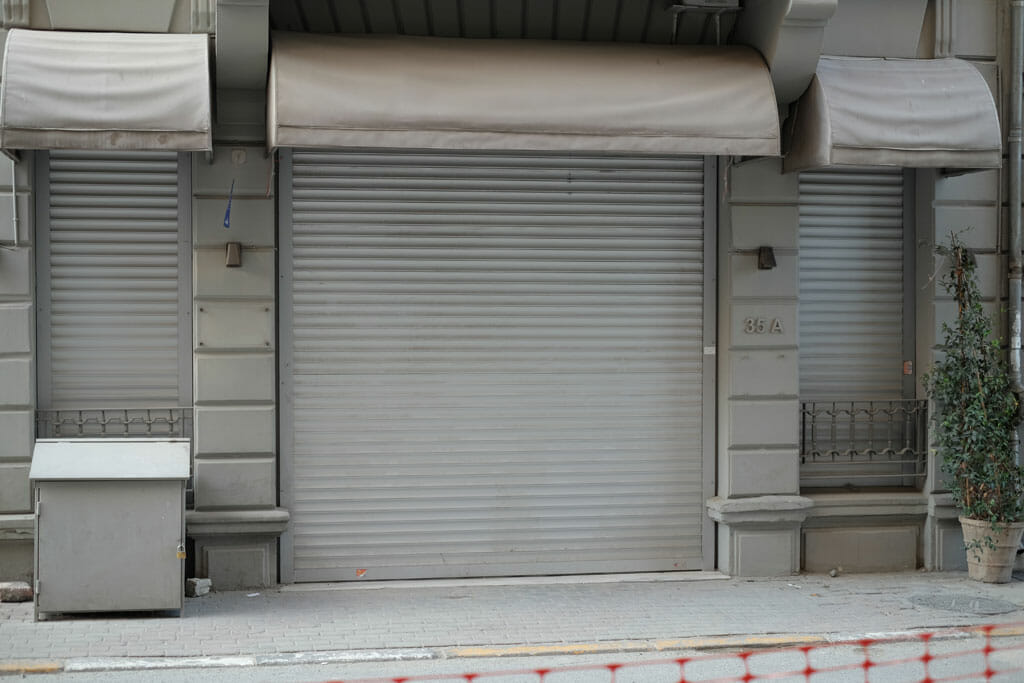 Istanbul | By Jennifer Hattam
By Jennifer Hattam
IstanbulWhen Didem Şenol decided to open her first restaurant on an out-of-the-way street in the then-sleepy Karaköy neighborhood of Istanbul, the young chef’s friends thought she was making a huge mistake. “They said, ‘Are you crazy? There’s nothing there, no one will go there.’ But Karaköy was close to my home in Galata, and I…