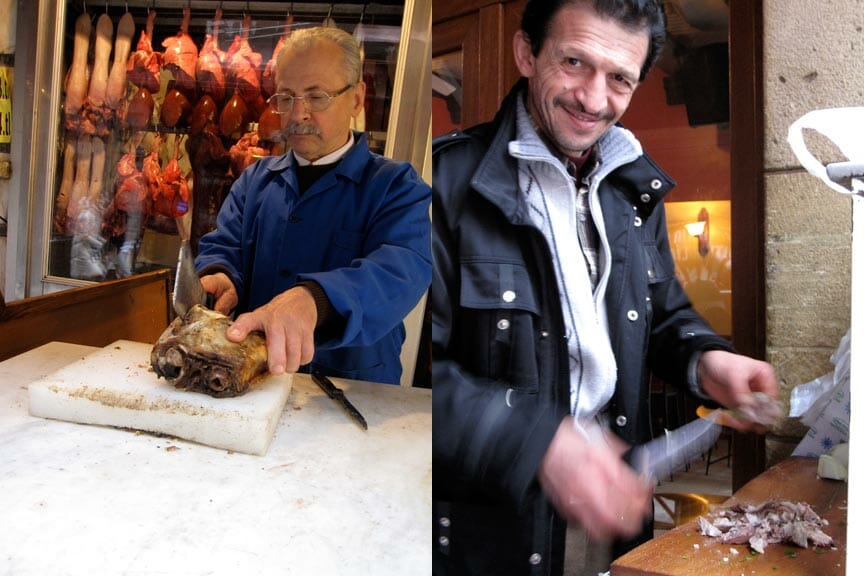 Don’t people just love to fight about food? Punch-ups over which city makes the best pizza, brawls about what’s the right way to barbecue. Louis and Ella nearly called the whole thing off over the pronunciation of the word “tomato.”

In this pugilistic spirit, we took our place at a couple of stools at our favorite back of the fish market corner bar, Asmaaltı, from which to call one of the great barroom debates of these parts: Is a sheep’s head, or kelle, more tasty when boiled and served chilled or roasted and served hot?

Based on looks alone, Muammer Usta’s söğüş kelle – head boiled and served cold – was decidedly the underdog. A bit gaunt and ashen, this skull looked a bit past its prime, a dud with a glass jaw. But lay down a fiver and watch this Cinderella story unfold. Muammer Usta went to work with a sharp knife, transforming that sheep’s skull into a beautiful plate of thinly sliced meat dusted with salt, onions and parsley.

At its weigh-in, Şinasi Usta’s tandır kelle, roasted golden brown and steaming from its thick, meaty brow, looked like a born champ. Şinasi Usta, who operates his head shop out of a butcher store specializing in liver in Beyoğlu’s fish market, whacked it to pieces with a cleaver, carefully removing the brain, the cheeks, tongue and countless bits of juicy joint meat, which he shredded with his fingers and put on a plate. He bummed a fork off of the tavern next door and presented this lovely contender to the salivating judges.

In the roasted preparation, the brains had a nutty richness and the consistency of peanut butter. The cheeks and the thin strip along the jaw reminded us of the best bite of a roasted lamb – tender, juicy meat with a crackle of skin. The firm, lean tongue, of course, was otherworldly. However, the bite of fat from the back of the eye, which is the source of a well-known Turkish declaration of endearment – “[I love you so much] I am going to eat the fat from the back of your eye!” – left something to be desired.

Muammer’s kelle söğüş fought a different fight. Whereas Şinasi Usta’s meat was juicy and soft with fat, Muammer’s was lean and firm. If Şinasi’s kelle looked like a nice mess of BBQ smacking of organ meat (in a good way), Muammer’s more resembled a carefully planned plate of cold cuts with clean and crisp flavor.

After a heaping plate of each, deciding a winner would prove difficult. Both of these kelle had great merit that was noted on the scorecard. But then, out of nowhere, a knockout punch came in the form of a plate of heavenly pure cheek meat delivered, gratis, by another customer who claimed to have eaten söğüş once every week since 1962. Lights out for Şinasi Usta. The winner is Muammer’s kelle söğüş.

This review was originally published on Istanbul Eats on March 1, 2010. 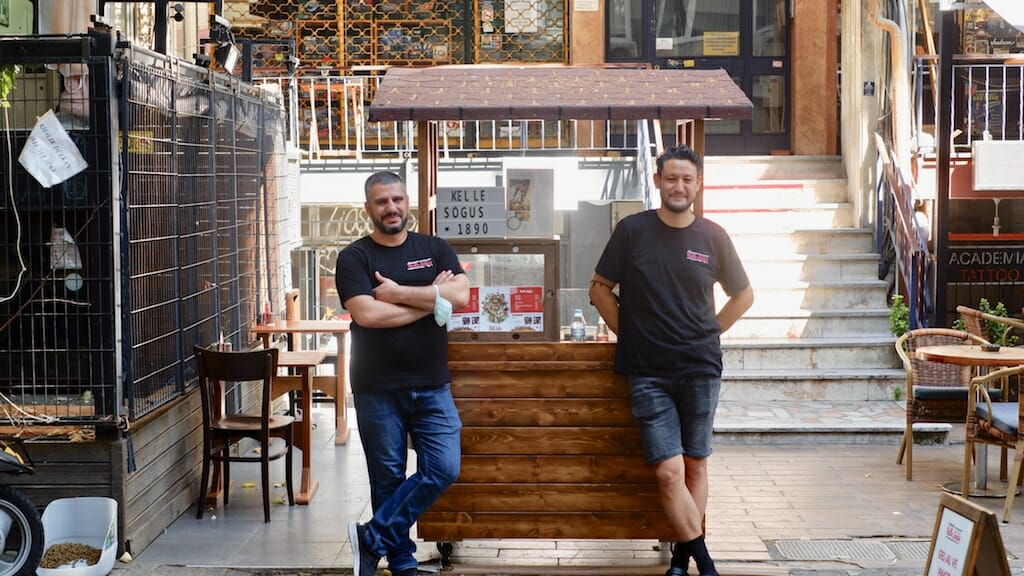 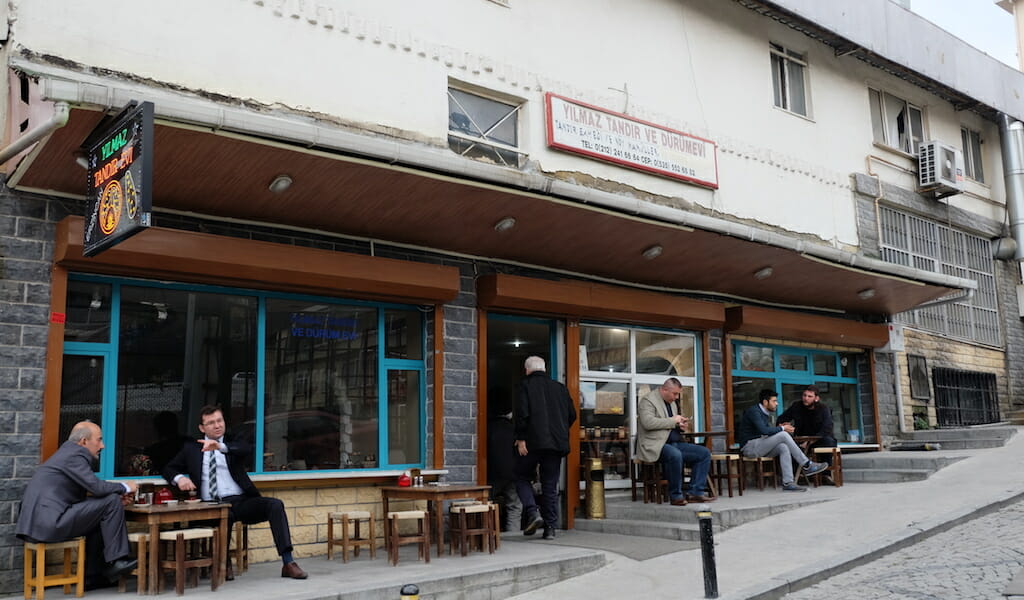 Istanbul | By Paul Benjamin Osterlund
By Paul Benjamin Osterlund
IstanbulWave after wave of migration from Anatolia has bestowed upon Istanbul a population of 15 million at bare minimum, with countless pockets of the city representing villages and districts from every last corner of the country. In the neighborhood of Feriköy, those originally hailing from the eastern province of Erzincan have managed to consolidate their…