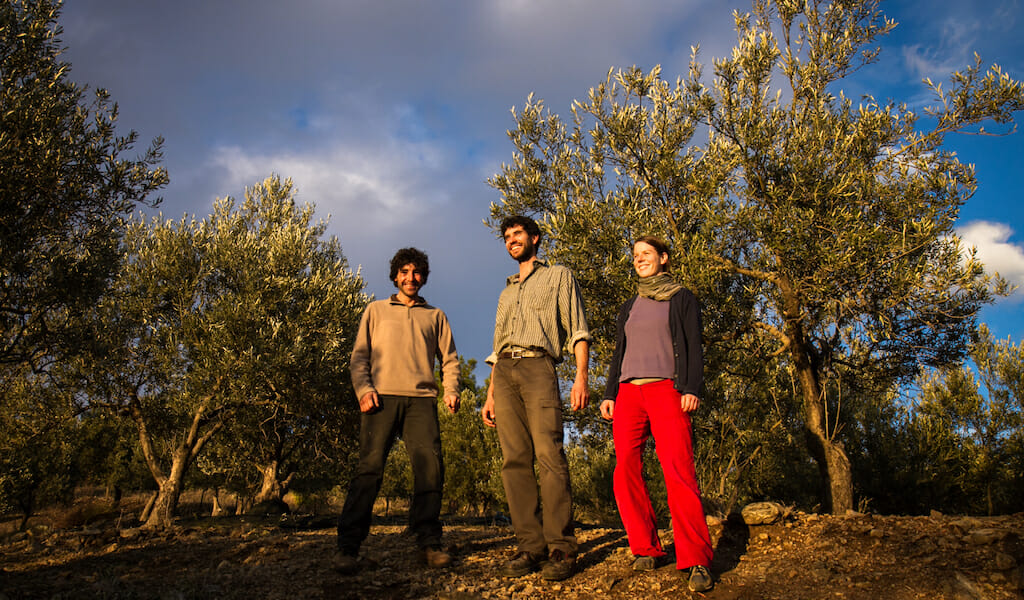 CB on the Road: The Young and Funky in Turkey's Edremit

Turkey has a rich dairying tradition, beginning thousands of years ago with nomadic tribes herding goats through the Anatolian steppes. Although Turkey is full of good cheeses that are breakfast staples, these cheeses do not have the range of flavors and textures that, say, the French have with their cheese cornucopia. Three young sheep farmers and cheese makers near the Aegean coastal town of Edremit are changing that.

Ferit Uzunoğlu (29), Gudrun Wagner (31) and Şakir Kapankaya (36) have been producing Camembert-style and fresh, herb-crusted sheep’s milk cheese since 2010 in the small village of Hacıaslanlar. Uzunoğlu and Kapankaya grew up together here – Uzunoğlu helped Kapankaya work his family’s land and vice versa. Kapankaya’s father suggested that the two buy sheep and go into business because Kapankaya’s land was perfect for pasturing the sheep, and Uzunoğlu had flat land to grow feed. Uzunoğlu left for Vienna first, to study agriculture, where he met Wagner. Wagner is a focused, lighthearted and strong Austrian farm woman. She is a calming counterpart to Uzunoğlu’s excitable, passionate nature. The two hit it off and Wagner agreed to start a cheese-making business on Uzunoğlu’s father’s land in Hacıaslanlar. Uzunoğlu’s parents live in Austria now, so the young couple has full run of a spacious, sunlit farmhouse overlooking five hectares of rolling hills planted with olive trees. The farmhouse is a short drive to Kapankaya’s nine hectares, where sheep munch through forest and pastureland.

Uzunoğlu and Wagner graciously welcomed us into their home for a few days. We helped with the olive harvest while discussing their motivation to work this land and make sophisticated cheese. “I like Camembert and couldn’t find it in Turkey, so we thought, why not?” said Uzunoğlu. “Most people around here make simple beyaz peynir [feta-like white cheese] with lots of salt,” added Wagner. “Our cheeses are totally different, but still safe even though we don’t use lots of salt” – a key ingredient in cheese-making, not just for enhancing flavor but also for controlling moisture and bacteria growth. Wagner trained with European and Norwegian cheese makers, so her education frees her to create nuanced cheeses. “We use lactic acid cultures from Austria and basic technology that has been used for 40 years in Europe, but has never been used here,” she said. 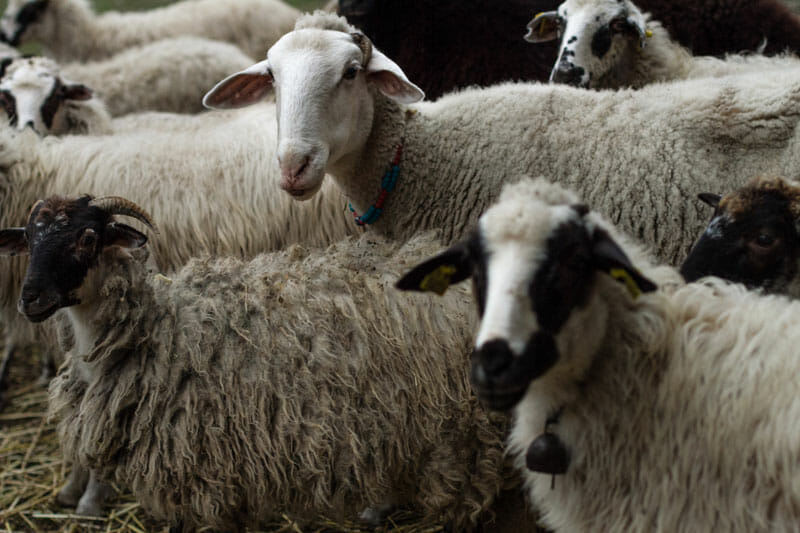 The trio started out small and bought 30 sheep from Gökçeada, an island in the Aegean. The Gökçeada breed is small and hardy but produces little milk. “It was frustrating at first because we were only getting 8 kilos of milk per day,” Wagner recalled. In 2010 Uzunoğlu and Kapankaya built a barn on Kapankaya’s property using upcycled wood from retired boats. They gradually increased their herd to its current size of 60 sheep, which is still small compared to those of other farmers in the area. “I’d rather have 60 well-fed sheep than 200 hungry sheep,” said Uzunoğlu. During the milking season, March through July, the sheep eat only grass, which increases healthy omega-3 levels in the milk. For the rest of the year, the sheep feed on a mix of wheat, barley, vetch and wild lentils that Uzunoğlu and Kapankaya cultivate and irrigate with a gravity-fed spring water system. The land is peaceful, with a dark, orderly pine forest rising into the hills on one side and quiet meadows rolling out into the valley on the other. Kapankaya shepherds fuzzy-nosed sheep that arc and bunch on their way to the barn, like a school of fish.

“For me, our Camembert is special because I know the whole story. I know every lamb, every sheep, the grass and the milk. I bring the milk in the morning to [Wagner], who makes the cheese with a good energy,” said Uzunoğlu. The team sells at farmers markets because they want the opportunity to teach customers about how the cheeses are made. You can also email them to place a cheese order. “I don’t know any farmers our age who are doing this like us,” said Wagner. 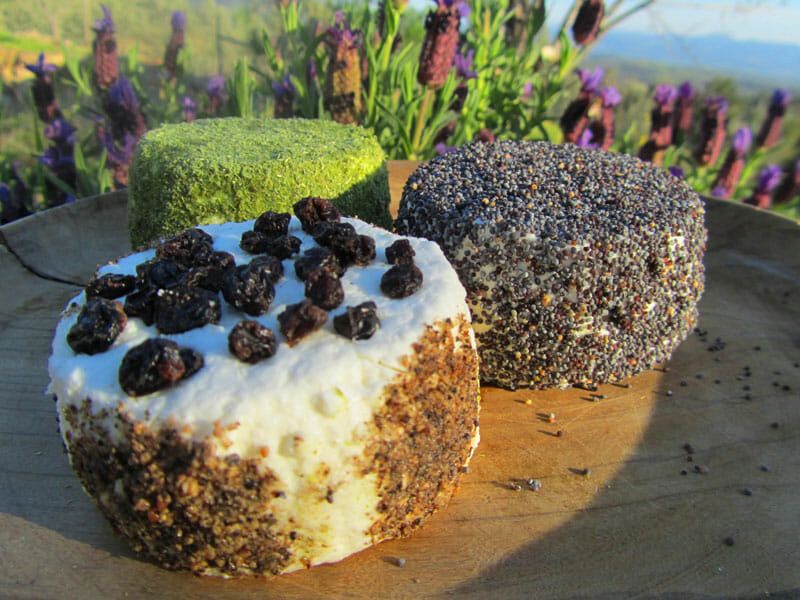 Although the younger social scene is lacking in rural Hacıaslanlar, Wagner and Uzunoğlu are happy with their lifestyle. “For us it is important to live and work in nature, in good weather and bad. I like to see the sprouts growing from seeds I’ve saved; it is satisfying,” says Wagner. Uzunoğlu relishes that he can walk 20 meters from the house to harvest a fresh tomato in fall. “The tomato is 80 percent water, and I know where the water comes from,” he said. Farming together strengthens the couple’s relationship because they constantly discuss, research and learn about their craft. “This is also good for the business,” said Uzunoğlu.

The trio is carefully setting a strong foundation for their business, focusing on conscious growth, animal well-being and high-quality cheese. Wagner pointed out an excavated spot between the farmhouse and the cheese-making building, then said with an excited sparkle in her eyes, “We are going to build a cheese cave this winter to start making aged cheese.” We are heartened to know that this dedicated, creative crew will surprise our breakfast tables for years to come. 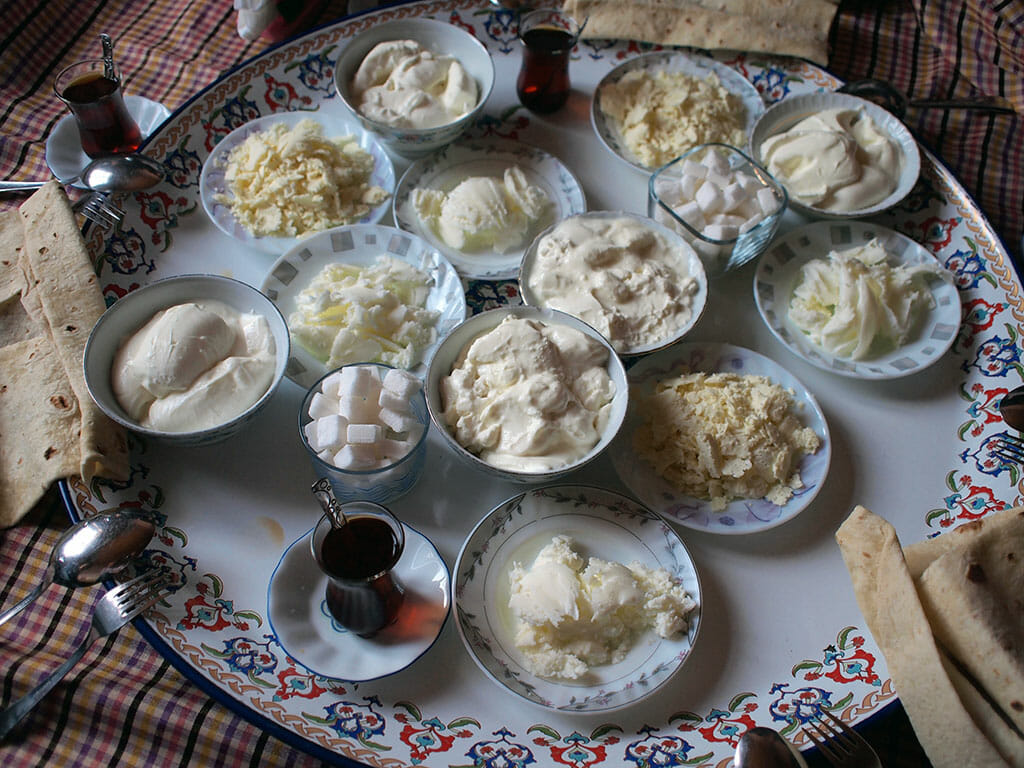 CB on the Road: In Eastern Turkey's Yogurtlands

Istanbul | By Istanbul Eats
By Istanbul Eats
IstanbulLike many other Central Anatolian cities, Erzincan is one of those places with very little there there. The natural setting – on a high plateau and ringed by craggy peaks – is promising, but the town itself feels like it’s been scrubbed clean of all traces of history or local distinctiveness, its streets lined with… 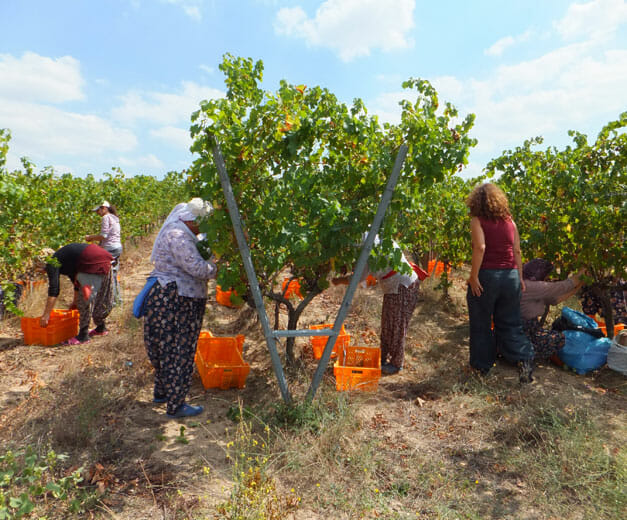 CB on the Road: A Revived Grape Harvest in Thrace

Istanbul | By Roxanne Darrow
By Roxanne Darrow
IstanbulZeynep Arca Şallıel had a successful career in advertising in Istanbul, but in 1995 she decided to take on a daunting new challenge: taking part in the revival of small-scale viniculture in the ancient winemaking region of Thrace. “I wanted to do something with soil, something that mattered a little bit more,” she says. Her…