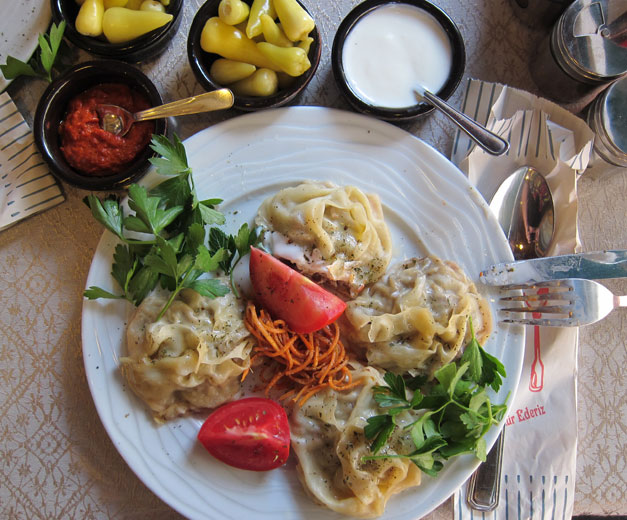 Editor’s note: We’ve written previously about the strong connection between exiles and their dumplings; in this review, guest contributor İdil Meşe writes of her own family’s ties to this comfort food.

My grandfather passed away before I was born, and although we never met, he has always been a fascinating figure for me. He was from Samarkand, Uzbekistan, but after losing his entire family during the Bolshevik Revolution in 1917, he immigrated to Turkey, bringing his shamanic beliefs and cuisine along with him.

I recall one evening when my mother and uncle shared memories of their father in my uncle’s kitchen over an intriguing, deep steamer, in which huge dumplings stuffed neatly with hand-chopped lamb and beef with a bit of tail fat – my grandfather’s recipe – were delicately arranged and left to cook for many hours. And I remember that sublime first taste of these dumplings – the festive, mouthwatering flavors that invoked happy pastoral scenes in my mind. It felt as if I was finally meeting my grandfather for the first time, and his Uzbek mantı became my favorite food on earth.

Of course, my love affair with Uzbek mantı was a difficult one. My uncle was able to take the time and prepare them for the family only once or twice a year. I missed this year’s family dumpling feast, and I was hauntingly sad. So I went in search of my grandfather’s mantı in Istanbul. 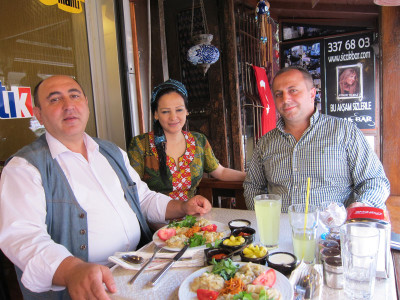 After much searching, I ended up in Kadıköy, at a little modern culinary gem called Mantık Mantı. When I saw Uzbek mantı on the menu, I felt hopeful and anxious. What if they weren’t like my grandfather’s dumplings? But I overcame my trepidation and put in an order for meat-filled dumplings. And when they arrived, I tasted them – and they tasted right, they looked right and felt right. No, they weren’t like my family’s mantı, but I loved them all the same. And then I continued going back for more every two days until I realized I had to meet whoever it was who was making those dumplings.

A highly energetic and very young grandmother from Turkmenistan, Nur Nurani met us clad all in traditional Turkmen attire. She shook my hand and led me to the kitchen. She prepares the dough and the filling in the morning and cooks many, many dumplings for hours. Her speed is remarkable; you don’t have to wait ages to eat your mantı, as you do at my uncle’s house. Nurani uses meat from Yalçındağ, considered the best butcher by everyone in Kadıköy. She also makes vegetarian dumplings, which are completely nontraditional. “A lot of European visitors were coming to eat here,” she said. “However, a considerable number of people told us that they could not eat meat, so we thought of different versions and experimented.” She came up with versions made with spinach, potato and chickpeas, purslane and walnut, all of which are actually vegan.

Nurani also makes a number of other intriguing dishes: Sinop mantı, baked mantı, çiğ börek, Turkmen pilaf – but you can’t leave without a plate of Uzbek mantı. And to maximize your enjoyment of it, we suggest forking up some of the carrot salad and pickles served alongside it, placing a dollop of yogurt and spicy tomato sauce on the steamed dumpling, cutting a little piece off and chewing it slowly to savor the magic.

Mantık Mantı’s manager, Tamer Çolak, comes from Rize, on the Black Sea. When I asked him how he came up with the idea of selling Uzbek mantı, he credited his good friend, Muhammed Caferoğlu, a musician who was born and raised in Uzbekistan (his parents were ethnic Turks who had emigrated from Crimea because of war). He got his passion for cooking from his mother and learned how to cook Uzbek mantı at an early age in Samarkand. When Mantık Mantı opened, Caferoğlu cooked all the mantı by himself for two months. But then Çolak brought Nurani into the kitchen, and Caferoğlu saw that he could trust her with everything and passed the baton to her.

As for Nurani, she told me, “This restaurant is my life’s purpose. I love my job. I tried to take a day off from the restaurant. It was a horrible day for me. All day I dreamt of making mantı, and I was wondering what was going on in the restaurant. There is something magical about this restaurant; it is like a magnet.” I couldn’t agree more. 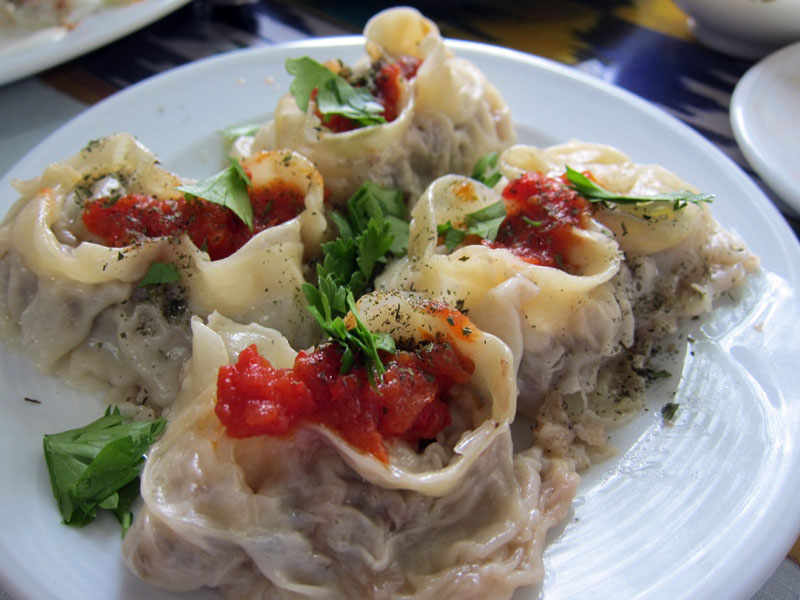 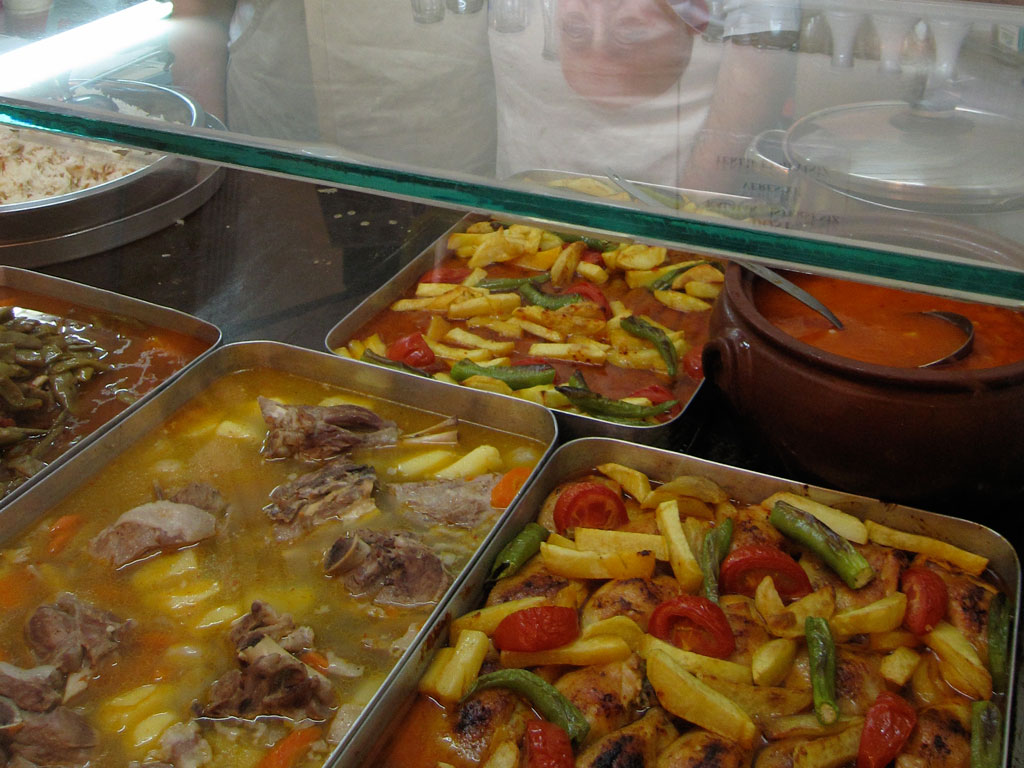 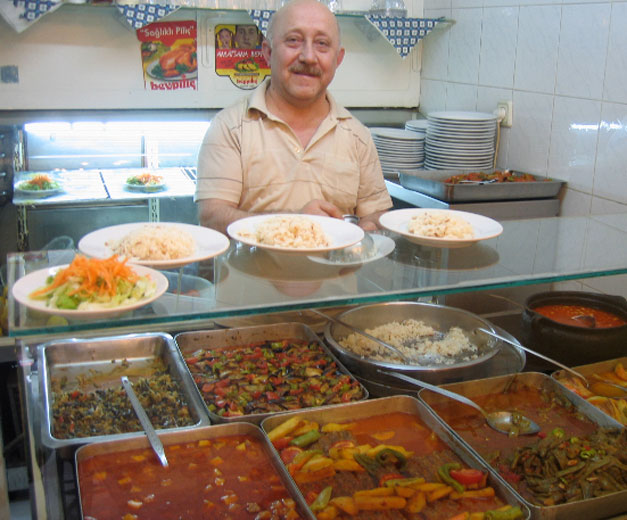 Istanbul | By Istanbul Eats
By Istanbul Eats
IstanbulWe usually steer clear of the touristy Old City district of Kumkapı, where you are more likely to be accosted by an aggressive maitre d’ trying to corral you into his overpriced fish restaurant than to find something simple, tasty and reasonably priced to eat. Sadly, in order to beat the competition next door, most…
Mantık Mantı
Mühürdar Cad. Misbah Muayyeş Sokak 6/4, Kadıköy
Tel. +90 216 418 1575
Hours: 8am-10pm