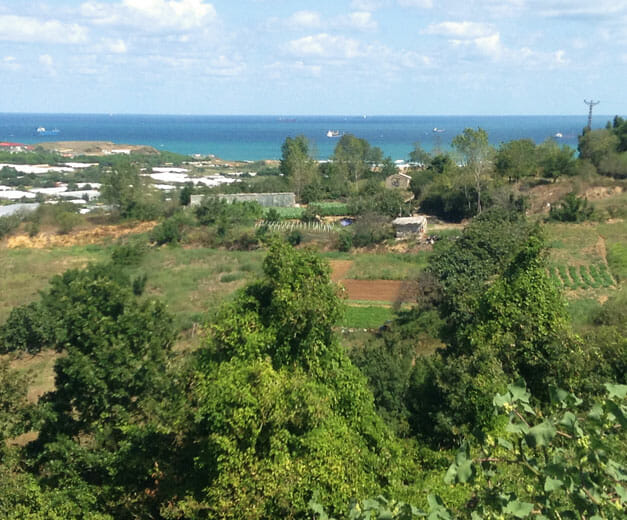 “We grow everything here – kale, dill, peppers, cucumbers, tomatoes, arugula, eggplant, lettuce, cauliflower… everything,” the elderly woman says proudly, waving her hand in the direction of her small field as she digs her worn plastic sandals into the dirt. While she grows the vegetables and herbs, her 80-year-old husband tends his pomegranate trees and takes their products from this patch of farmland at the far northern end of Istanbul’s Sarıyer district to sell at local markets around the city.

“We’re working from morning prayer to night prayer,” the woman adds, as her neighbor, leaning over a makeshift fence to listen in on the conversation, pipes up: “Atatürk brought us here; why should we have to leave again?” 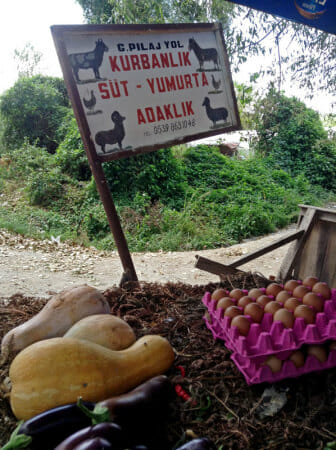 These farmers in Gümüşdere village, none of whom wanted to share their names or have their photographs taken, are descendants of some 40 Pomak families – Muslims who speak a dialect related to Bulgarian – originally from Thessaloniki, Greece, and brought to Turkey in 1923 as part of the population exchange agreed upon between the Greek authorities and the new Turkish Republic created by Mustafa Kemal Atatürk. The land onto which they were resettled was a sandy, unpromising patch of Black Sea coast, transformed through years of effort into around 50 hectares of productive agricultural fields and greenhouses still growing food for Istanbul today.

“These fields here used to meet one-third of the food needs of the European side of the city, and it’s still the closest large agricultural area to the city center – just 25 kilometers away from Taksim Square,” says Beyhan Uzunçarşılı, an agricultural engineer who owns a greenhouse in the area. She and other local farmers fought back last year against an application by the municipal water and sewage authority, İSKİ, to use part of the city-owned farmland to build a water treatment plant. But now an even bigger threat appears to be looming.

“This used to be a very remote area that was difficult to reach, but all the recent movement to build the third airport, the third bridge and other development projects [in the northern part of Istanbul] makes the land around here very valuable,” says Tarik Arioba, whose business in Gümüşdere grows plants for landscaping.

While the area’s farmers have not yet received eviction notices or any other direct pressure to move, the signs of the changes Arioba foresees are everywhere. Driving in on the undulating road from the Sarıyer coastline – where the towers of the partly built third bridge soar above both sides of the Bosphorus – means encountering a construction truck around every other bend and catching glimpses of newly cleared land and concrete road pillars peeking out from between the remaining trees.

Many of the city’s once numerous small farms and market gardens (known in Turkish as bostan) have already fallen victim to urbanization or are at risk of doing so. The grubby neighborhood between the Emniyet bus station in Aksaray and the Yenikapı metro terminal was as recently as the 1950s covered with green fields famed for their cucumbers. Parking lots and gas stations sit atop what were bostan lands just a few years ago in the gray and gritty Piyale Paşa neighborhood of Beyoğlu. That area’s one remaining market garden, alongside the 16th-century Piyale Paşa Camii, is hemmed in by a busy highway, service-bus parking strips and carwash and tire shops. 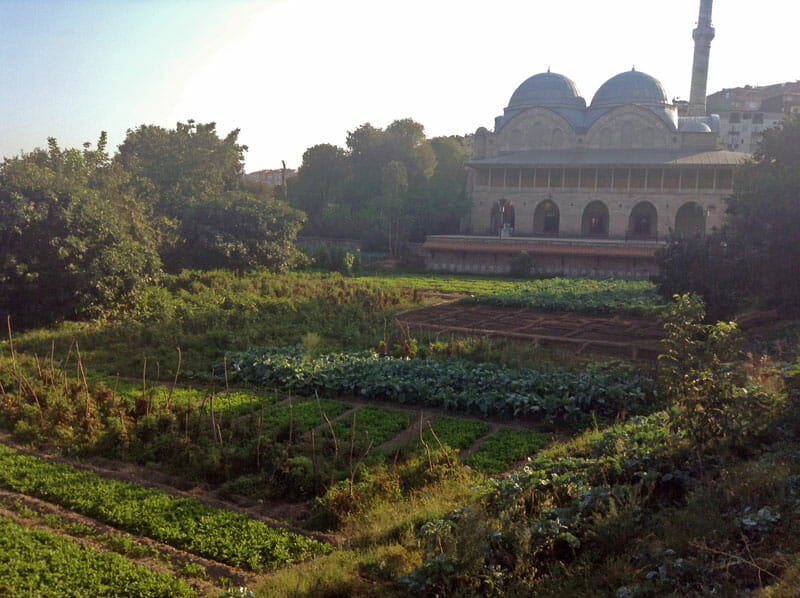 Significant quantities of food are still grown in just three main areas of Istanbul: around the old city walls, where the local municipality continues its efforts to snap up green space and rezone it to developable land; in the southern reaches of the city around Küçükçekmece and Büyükçekmece, where impoverished new residents eke out a living growing food amidst the shanties and skyscrapers; and in Gümüşdere.

Nestled between a police training facility and the Boğaziçi University Sarıtepe campus, Gümüşdere is a bucolic spot (bar the occasional gunfire from the police shooting range), where the smell of fresh herbs mingles with the sea air. Farmer Beyhan Uzunçarşılı dreams of making the area a worldwide hub for sustainable urban agriculture, a place where city-dwellers could connect with nature and the source of their food while continuing to support the 1,500 or so people whose livelihoods depend on the area’s farming operations.

“People here don’t want to buy their land in order to build on it; they want to keep it as farming land that is feeding the city,” says Arioba as he attempts to untangle the rumors swirling about Gümüşdere’s fate. “The battle against the İSKİ water-treatment plant is still going on in the courts, but we think the government is now trying instead to privatize all the land where the new roads and exits [connected to the third bridge] will go,” he says. “There’s all this vagueness now, but once a plan is actually out in public, it’s going to already be too late.” 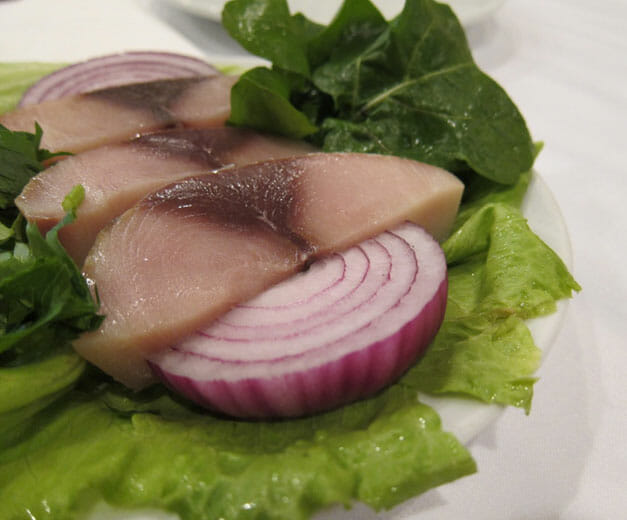 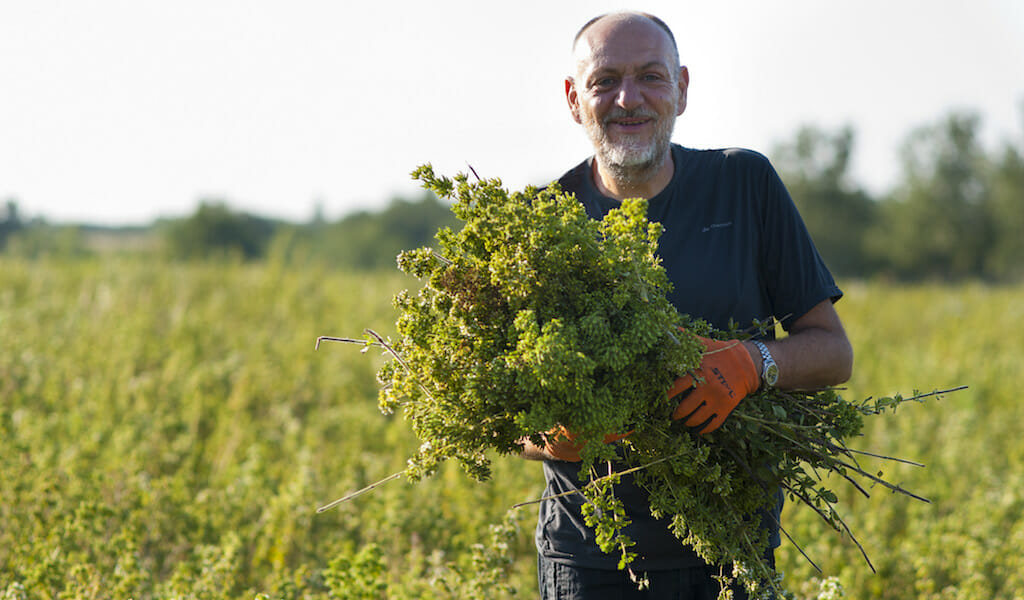 CB on the Road: Along Thessaloniki’s Oregano Trail

Athens | By Theodore Charles
By Theodore Charles
AthensAs the car crested a craggy hill, the first rays of golden sun peaked over the horizon, painting distant clouds the color of red wine. Tufts of gnarled olive trees and rows of grapes whizzed by the window as we approached the farm, outrunning the quickly approaching sun. We left Thessaloniki at 5:30 a.m. to…