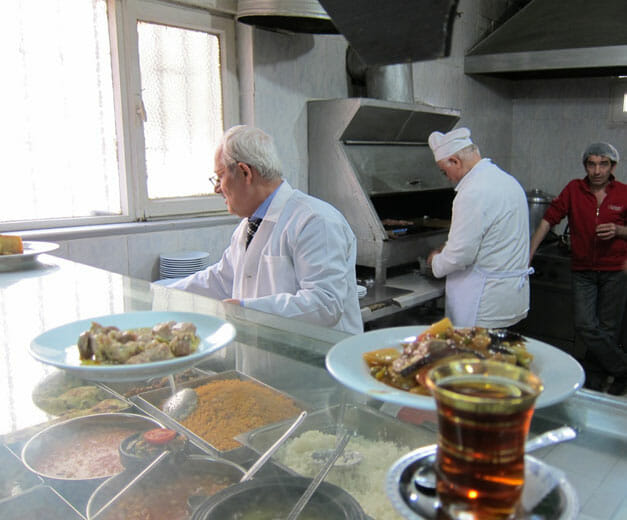 Şenol Erol is trying to remain optimistic about running the last esnaf lokantası in Sultanahmet, where the market seems to demand tourist traps over traditional tradesmen’s restaurants. “I guess that makes us unique, doing things the old way,” he says, as if this vintage eatery needed a tagline.

Our first meal at his eponymous restaurant felt as if it could have been our five- hundredth, so familiar was the worn but carefully preserved interior with its brown, brushed aluminum window frames, dented stainless coolers grumbling along well past their prime, tired but friendly white-haired and jacketed waiter and framed posters of the verdant hills of the Erol family homeland, the eastern Black Sea.

But it’s not just the look of this place that makes it stand out among its neighbors, most notably the Cheers Café Bar and the Bistro across the street. “We make the food fresh every morning, from scratch. Not everyone does that around here,” Erol says. It’s one thing to hand pat a cooler full of köfte every morning, but it is another thing entirely to prepare a seasonal menu with range and variety. 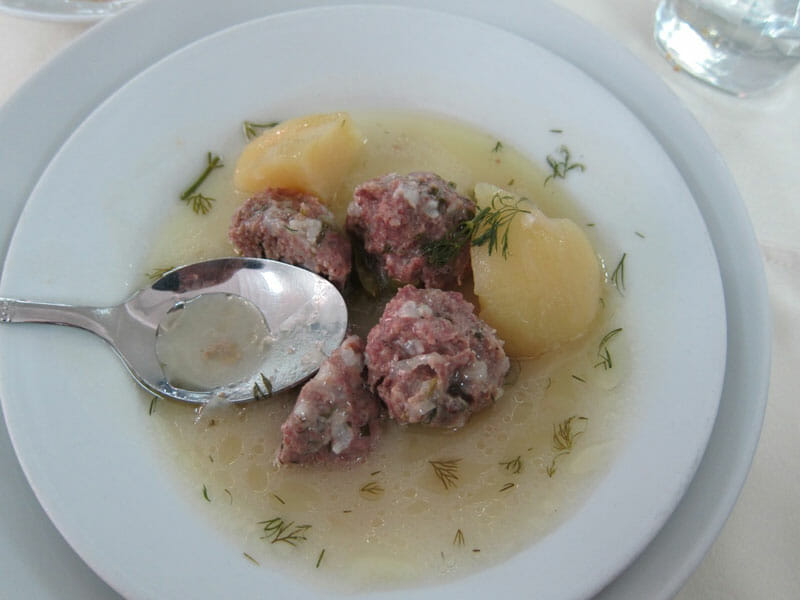 Even at some of our favorite esnaf restaurants, we’ve seen the cook spoon a little gravy from the tray holding one dish and drizzle it over another, creating a powerful mother sauce. Not at Erol. On a recent visit, we identified three distinct stew bases, each one holding its own. The nohut, tender chickpeas, were in a thin juice of tomato paste and onions, clean and as simple as it should be. The testi kebabı, a slow-cooked meat and vegetable stew, was bathed in thicker, smoky gravy with a lightly restrained kick of red pepper. The third surprise emerged from a large clay pot, which contained meatballs and potatoes simmered in a bright lemony sauce speckled with dill. The sauces were so varied and delicious, we were torn between which of our three plates would be graced with a side of juice-soaking rice. (The meatballs won.) We stretched the meal out with a post-entree artichoke, which we see everywhere in Istanbul right now. Erol’s was typical – a huge artichoke heart crowned with diced carrots and potatoes and soaked with lemon and olive oil – and excellent.

In this simple lunch spot, the Erol family – Şenol, working alongside his father and uncle – are upholding an Istanbul dining tradition that reaches back much further than their restaurant’s opening day in 1972. The esnaf lokantası, in fact, is the descendant of the traders’ canteens that are described in travelers’ diaries going back to the Byzantine era. Simple restaurants like Erol would have been all around the old city among its traders’ lodges and markets. Certainly the cuisine that developed in these humble eateries drew on varied influences from the region, but largely, we imagine the medieval-era proto-lokanta would have offered something much like Erol’s menu: a few well-prepared stews that resemble local home-cooking. The lokanta was never meant to be an exotic departure from the diner’s usual diet – quite the opposite. Above all, it was meant to be reliable. 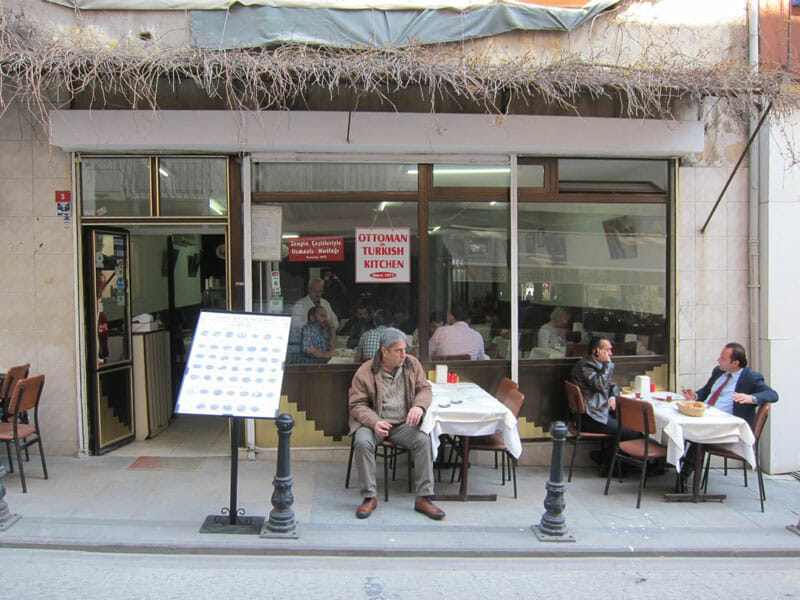 For centuries, visitors to these very streets had done just fine with stewed chickpeas and buttery pilaf, so when did the switch occur that makes Erol stand out like a rare bird in its natural environment of Sultanahmet? When did travelers start requiring “bistro” food, pizza and imported beers rather than local options? Or a better question may be: When did Istanbul’s cadre of lokanta-keepers decide that they’d forsake their own customs for something they perceive to be suited to the taste of visitors?

The Erols have been tempted toward the trends of their neighbors, but old habits die hard in this family. “It’s a good space. I could redecorate and get a liquor license, maybe?” Şenol thought out loud, unconvincingly. Then seeming to give up on that idea, he said, “Well, thank God, we still manage to serve everything we’ve cooked every morning. What else can we do?” 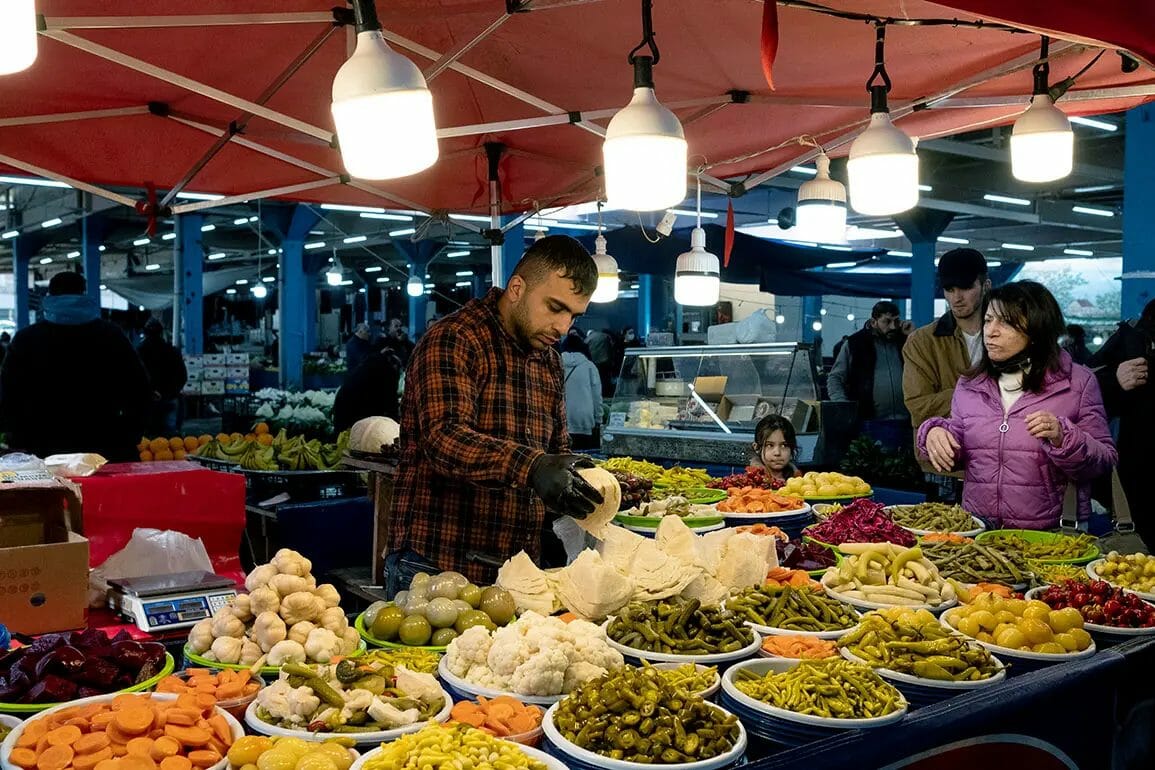 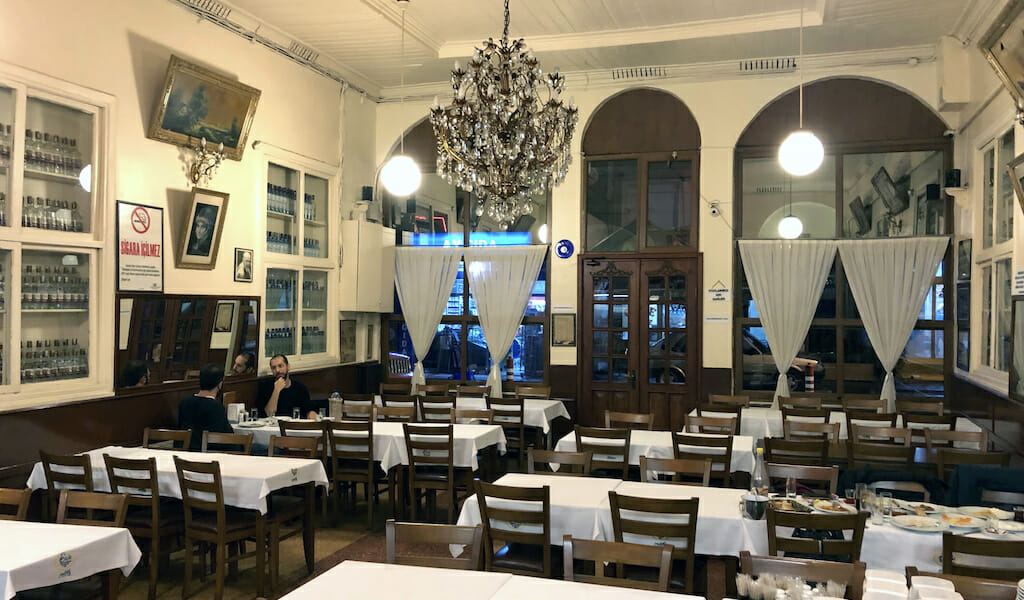