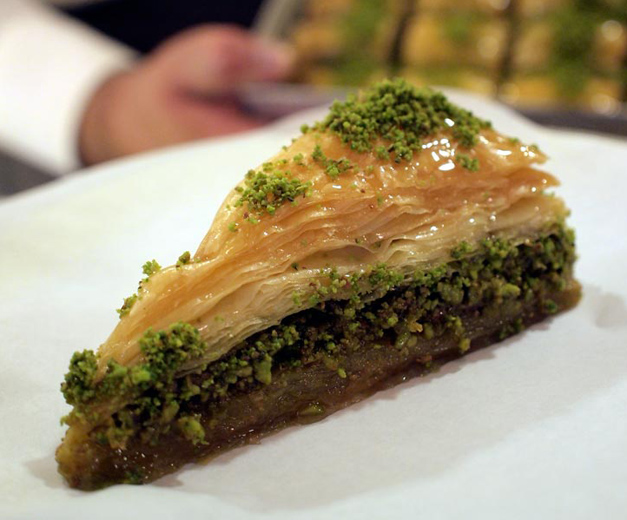 Turkey’s European Union membership bid may be stuck in the mud, but a different dynamic is at work on the food front. To wit: the European Commission has granted Gaziantep baklava a spot on its list of protected designations of origin and geographical indications. It’s the first Turkish product and the 16th non-EU food to make it on the list. In honor of this much-deserved recognition, we’ve put together our own list of favorite places to get baklava in Istanbul and Gaziantep. 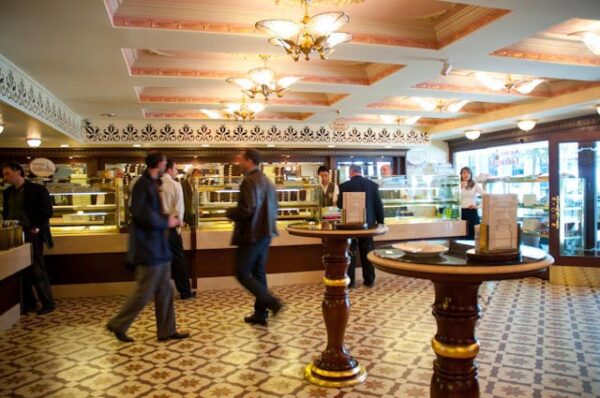 Located a stone’s throw from the Bosphorus, this shop has been catering to Istanbul sweet tooths since 1949. Done up in borderline tacky décor that looks like it is meant to evoke late Ottoman splendor, the place serves more than a dozen different kinds of phyllo-based sweets, including pistachio or walnut baklava, none of them resembling the cardboard-like, past-their-prime versions that are often dished out outside the Middle East. 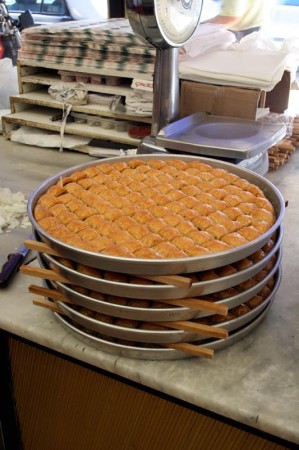 Founded in 1887, this kebab and baklava emporium in Gaziantep is run by Burhan Çağdaş, the grandson of İmam Dede. To best enjoy the shop’s exceptional pastry, he recommends forgoing knife and fork, taking it between two fingers and placing it upside-down before taking a bite. 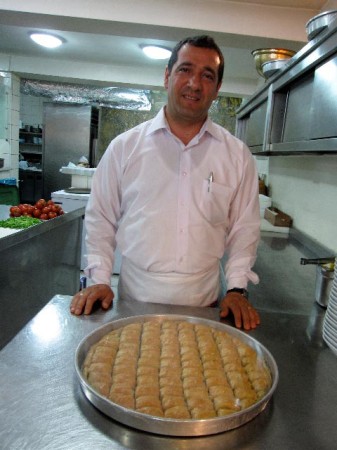 The Gaziantep-style kebab restaurant on Istanbul’s Asian side serves a sweet flaky pastry bussed 850 miles straight in from Zeki İnal Baklavacısı in the baklava motherland. It’s available only on Saturdays and Sundays. Be sure to call ahead to make sure that a shipment is coming. 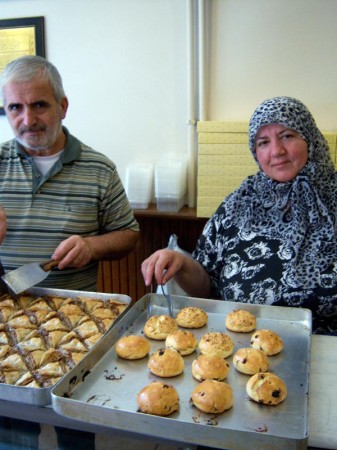 At this tiny place, just a block or two from the Hippodrome in the Sultanahmet, the pastry is crispy on top, overstuffed with walnuts, and the syrup-soaked layers on the bottom never have time to turn into the chewy wad that one sometimes gets with mass-produced baklava. Rumeli baklava is so special that it is accepted currency among many in the bazaar (especially for payment of debts incurred over backgammon or pişti). 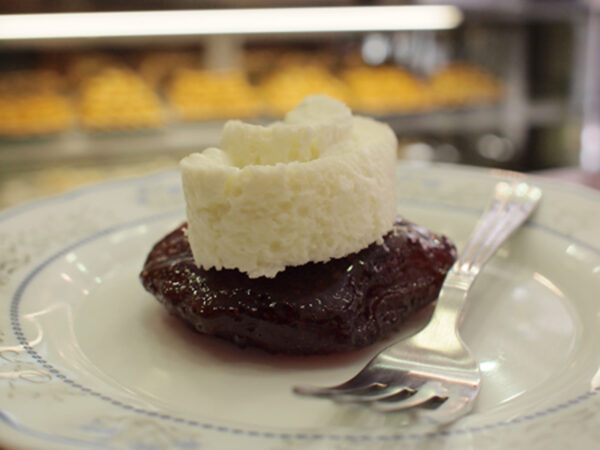 Nestled in Beyoğlu’s historic fish market, this pastry and sweets shop with its Old World charm is one of our favorites for not just ayva tatlısı, the seasonal fall specialty of quince in syrup, but also baklava and other traditional desserts. Although most people breeze into the shop and get their dessert to go, we prefer to sit down at one of Sakarya’s two tables, order a tea with our dessert and take in the atmosphere of the fish market. 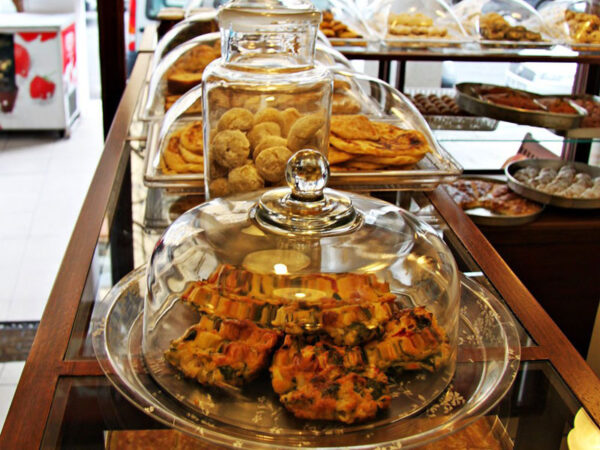 The baklava at this storefront on one of the arcaded stretches of Moda Caddesi is worth a trip on the ferry and up the hill to Kadıköy. And while you’re there, you should also get the Laz böreği: layers of yufka (phyllo), buttery and moist, dusted with confectioner’s sugar, in a symbiotic balance with the custard, which is neither too sweet, nor too eggy, neither too runny, nor too stiff. Just right. 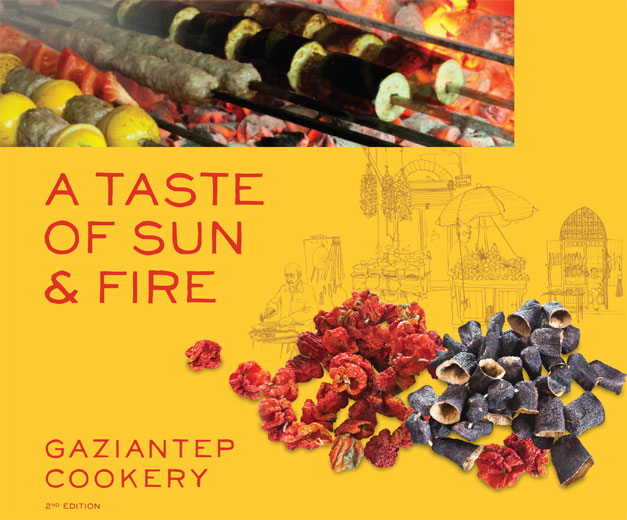 Istanbul | By Istanbul Eats
By Istanbul Eats
Istanbul -- Editor's note: For the first installment of CB Book Club, in which we'll occasionally feature interviews with authors of cookbooks and other food-related books, we spoke to the author of a landmark work on Gaziantep cooking. For many (us here at Culinary Backstreets included), the city of Gaziantep is without a doubt the culinary mecca of Turkey.… 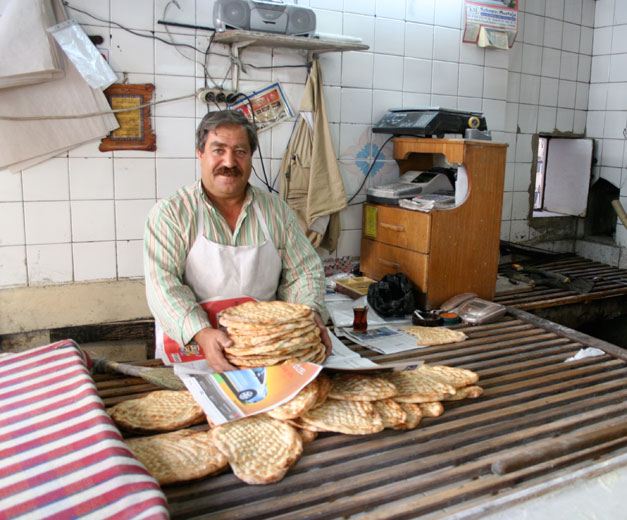 CB on the Road: Join Us in Gaziantep!

Istanbul | By Istanbul Eats
By Istanbul Eats
Istanbul -- We are very happy to announce that in May we’ll be offering a springtime edition of “Culinary Secrets of Gaziantep,” our three-day eating and hands-on cooking adventure in Turkey’s gastronomic mecca. An ancient city not far from Turkey’s southern border, a meeting point between the Arab Middle East and Turkish Anatolia, Gaziantep over the centuries… 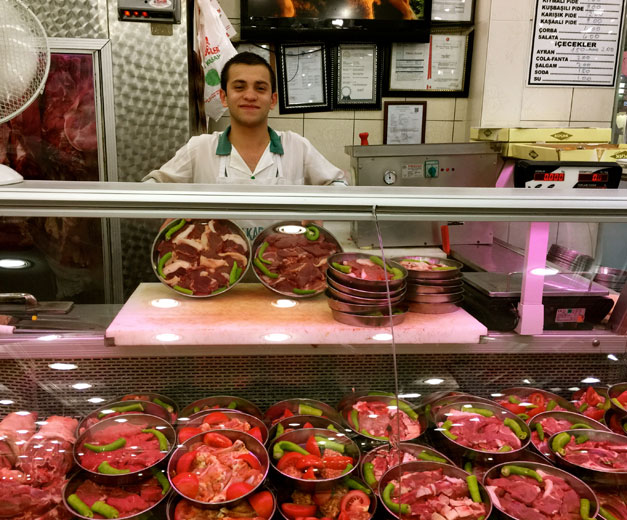 Istanbul | By Paul Benjamin Osterlund
By Paul Benjamin Osterlund
Istanbul -- The T1 tramway route passes by virtually all of Istanbul’s most well-known sights. Crossing the Galata Bridge and weaving through the Old City, the T1 practically rubs up against the Hagia Sophia, Topkapı Palace, the Grand Bazaar and other famous attractions, ensuring that most foreign visitors to the city will ride this tram…