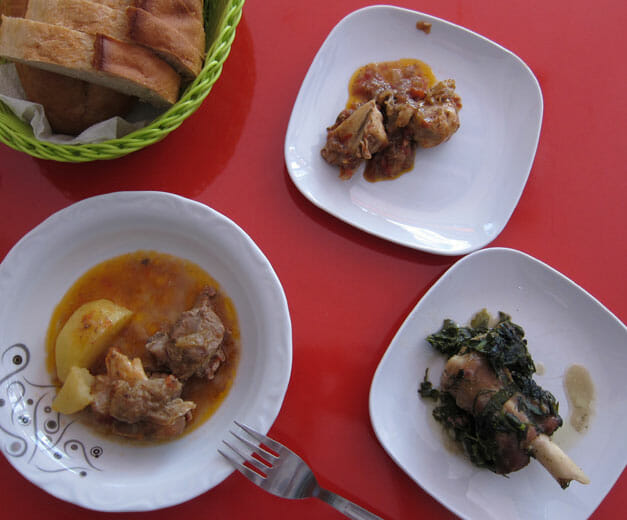 Looking at a map of the southern Caucasus, you’d expect Azerbaijan to be the next big thing in the world of food, sandwiched as it is between culinary heavyweights Georgia and Iran, connected as it is in so many ways to Anatolian Turkey. Previous trips to that country have not delivered, though. The last time we were in Baku, we landed hungry and curious and left disappointed by a trip whose gustatory high point was pints and bar snacks at a pub called Camel’s Toe.

But, as we recently discovered, perhaps that’s because we didn’t dig deep enough past the scummy surface of Baku to discover the lively home-style Azeri dishes like the ones served at Azerbaycan Sofrası in the Aksaray district of Istanbul.

If you haven’t yet heard of Azerbaycan Sofrası, that’s because it’s a tiny cubby of a restaurant at the end of a street selling car parts, and it just opened four months ago. That’s when husband and wife Sadaqat and Telman Mehmedov arrived in Istanbul from Moscow on tourist visas. They came, saw and, a bit reluctantly, settled. “Moscow was hard, but this place is harder,” said Sadaqat. But after 17 years of working in the wholesale markets of Moscow, Telman had had enough and was ready to go back to work in the kitchen, as he had in Baku in the 1970s. 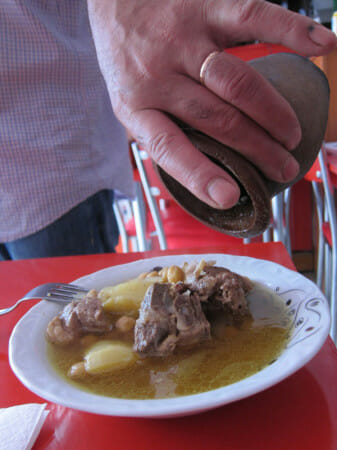 If Telman’s cooking is an accurate reflection of Baku in that era, get us a plane ticket and a time machine. Sebze korma, a tender lamb shank stewed in spinach with the bright call of dill, is probably a distant relative of the Persian stew ghormeh sabzi, but much less complicated. The bozbaş – a wedding dish, according to Sadaqat – was a stew of bone-in lamb chunks and potatoes in a thin soup amped up with salça (tomato and pepper paste). We suspect this dish is favored by Azeri wedding caterers not because it is dainty and precious, but because you can cook it in one giant pot and feed hundreds of people with it. It’s very agreeable, if lacking in distinction. The chicken was dry but coated in a spicy gravy of onions that could be a great starting point for other dishes.

Telman’s masterpiece of the day was piti, a lamb stew well known in the eastern Anatolian city of Kars, where many people of Azeri origin live. It is not, however, one of the regional specialties that enjoy much attention in Istanbul, which made Telman’s piti all the more exotic. Telman brought the tankard-shaped clay pot over to our table and poured its contents into a bowl, dredging the sides with a spoon and slapping it on its bottom for anything that might have clung onto the inside. People who wrinkle their nose at a kebab and critique it as “too lamby” or “muttony” can’t even imagine the olfactory shock wave of lambiness unleashed on the dining room by this piti. Unless you come to lunch prepared with a hazmat suit, you will radiate piti well into tomorrow. 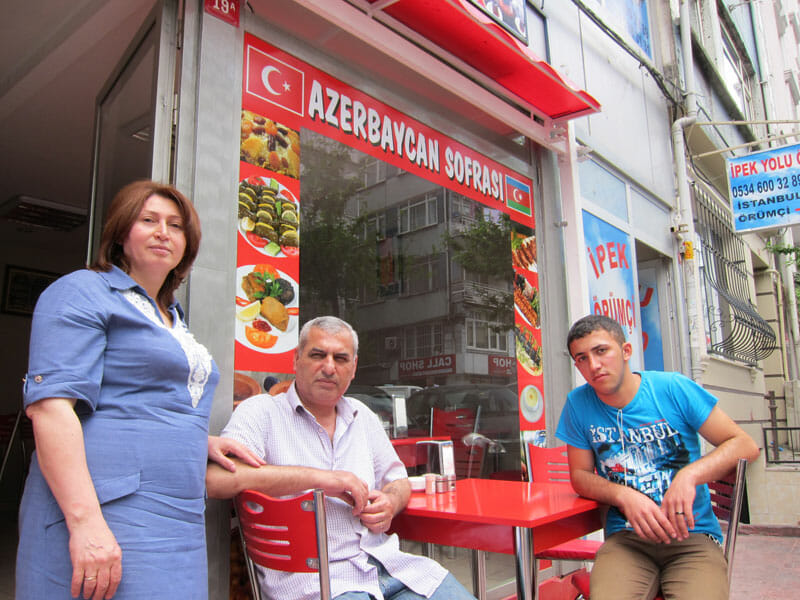 That morning, Telman had loaded the clay jar with on-the-bone fatty lamb chunks, cooking them slowly with chickpeas, tail fat, potatoes and onions, producing a thin but pungent pot liquor that was spiked with bright yellow turmeric. At some point he tossed in a handful of dried sour cherries, which held their puckering smack even in the company of all that lamb. It was a fruity flourish no piti in Kars has ever attempted.

Mirroring Azerbaijan’s geographical position, Azerbaycan Sofrası is within whiffing distance of a fine Iranian restaurant and a short stroll from a rollicking Georgian place in the bus station. To skip this opportunity to eat good, honest Azeri soul food for those well-known pleasures is understandable. But it would be a real pity. 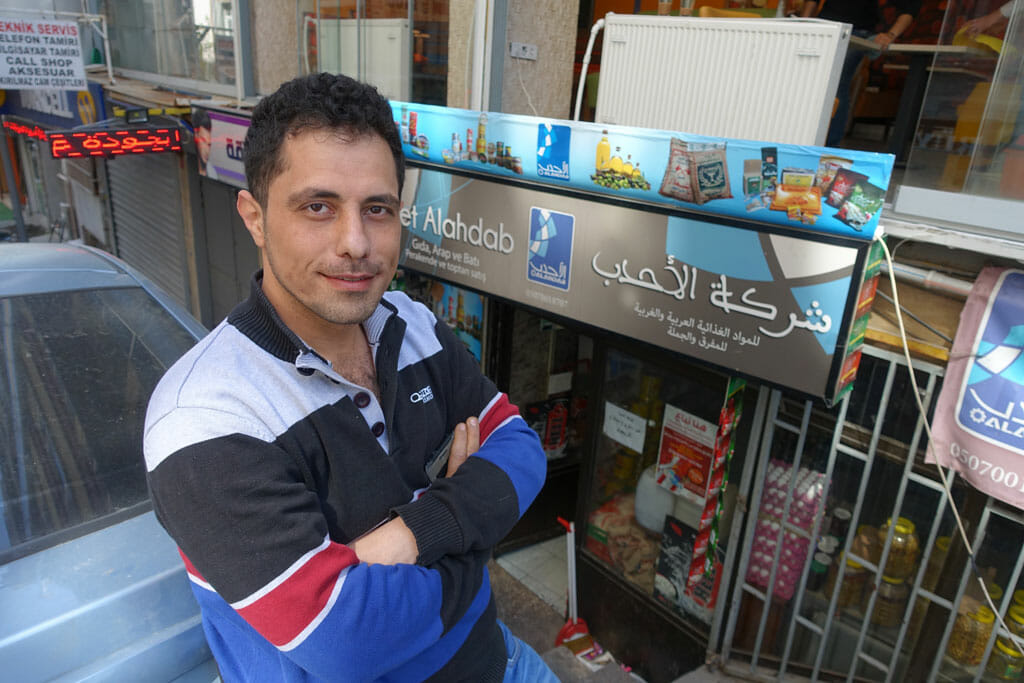 Istanbul | By Dalia Mortada
By Dalia Mortada
IstanbulOn a recent sunny afternoon at the tiny Al Ahdab market, a wedge of light slashed through the front windows illuminating posters for condensed milk in Arabic script and one of an energy drink called Hell. The shop is easy to miss, tucked under the slope of Sarı Musa Sokak, which dips quickly from Millet…