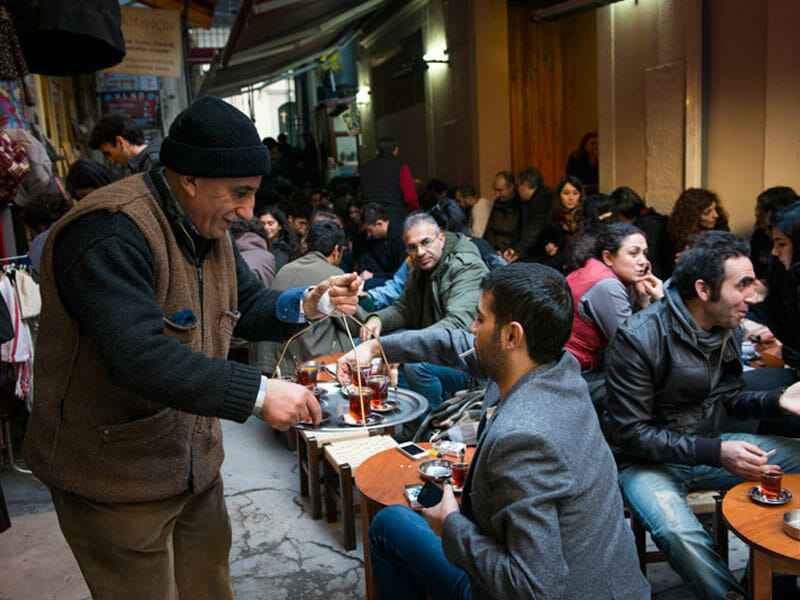 The Turkish proverb “At, avrat, silah ödünç verilmez” (“neither horse, wife nor weapon should be lent”) is sometimes repeated as a way to recall the nomadic warrior past of the Turks. The primal Turkish essentials are clearly stated, but what about the çay bardağı, the tea glass that has become such a ubiquitous Turkish icon? Reading the 17th-century works of Evliya Çelebi, the Ottoman Rick Steves, you’d expect to find descriptions of medieval tea jockeys swinging trays filled with those tulip-shaped glasses through the alleyways of the Old City. Right?

Wrong. As firmly rooted as Turkey’s tea culture may now be, it was only planted in the 20th century and didn’t really take hold until after the First World War, when coffee became too expensive for most. It was not until 1937 that tea harvesting on the Black Sea coast began in earnest. But as we’ve witnessed, things can move fast in Anatolia and today Turkey is one of the world’s biggest producers and consumers of tea.

A narrow passage off İstiklal Caddesi opens onto the courtyard of the timeworn Hacopulo Pasajı, a grand and decrepit open-air arcade built in the late 19th century. Cats sleep on stacks of paperbacks at a used bookstore, next to a tailor’s shop advertising “pants, made to order.” In the window of Madame Katia’s hat boutique is a carefully curated collection that could have been inspired by Audrey Hepburn. Upstairs from a tattoo parlor, a band of jugglers and trapeze artists have their practice space. The sight of the slightly stooped Mustafa Amca, or “Uncle Mustafa,” as he makes his rounds though this hodgepodge courtyard, distributing tea to people seated on stools scattered around the flagstones, feels absolutely timeless. But, just like the tea he serves from Rize on the Black Sea coast, Mustafa is also a recent arrival.

“I came to Istanbul from Doğubeyazıt in 1969, without even a place to sleep. I was 13 years old,” Mustafa Amca explained. He found a distant relative who got him started as a dishwasher in a pudding shop and later did a stint at a bakery before finding his current spot in life at the helm of the tea stand in Hacopulo Pasajı. By serving tea and coffee to local shopkeepers day in and day out for 30 years, Mustafa Amca has become interwoven with the commercial and social life of the neighborhood. In a way, he has become an Istanbul institution.

“When they were renovating the church next door the architect would come here for tea every day. She went to İzmir and was telling someone about this church – God only knows how old and important it is. Nobody knew which church she meant so she explained, ‘It’s the one by Mustafa Amca,’ and then they understood. They even knew me in İzmir!”

When Mustafa speaks of tea culture he describes intimate conversations, respectful behavior and reliability, not tea leaves and hot water, which he admits you can find anywhere. “Tea is more than ‘Sit down. Here’s a glass full of tea, take it.’ It’s about an ongoing relationship among the customers and a relationship they have with me, too. Lives come together here.”

His çay is a prop in a drama that is essential to life in this city, that of spending time in the company of others. Real estate hucksters in shiny suits share a pack of Murattis and reel off their latest schemes to one another. Young girls in school uniforms squeal as they pass their iPhones around the table. Leftists roll up cigarettes with Drum tobacco and mumble through bushy moustaches. Couples sit close together in intense conversation on the stairs of the church. A few hours at Mustafa Amca’s is another episode in the Real World, Istanbul. Shuffling over the worn-down stones of his beat, he quietly orchestrates the scene with his presence.

Mustafa Amca’s story – a rural Kurd from an impoverished, desolate area who made his way to the big city as a vulnerable young boy and, somehow, made it – reminds us of another migration, which brought blues music and soul food to cities across the American North. As much as the poor, ragged, new arrivals are scorned for their country ways, the city thrives thanks to them. Today, here is Mustafa Amca, the beloved gatekeeper of an essential cultural platform in Istanbul – proof that there’s a need for interlocutors in the city’s social life, no matter their background. That’s a role that goes way back, to well before the tea he serves. Ordering a tea is just an excuse to call him “uncle,” and to respectfully enter the story of his humble courtyard. 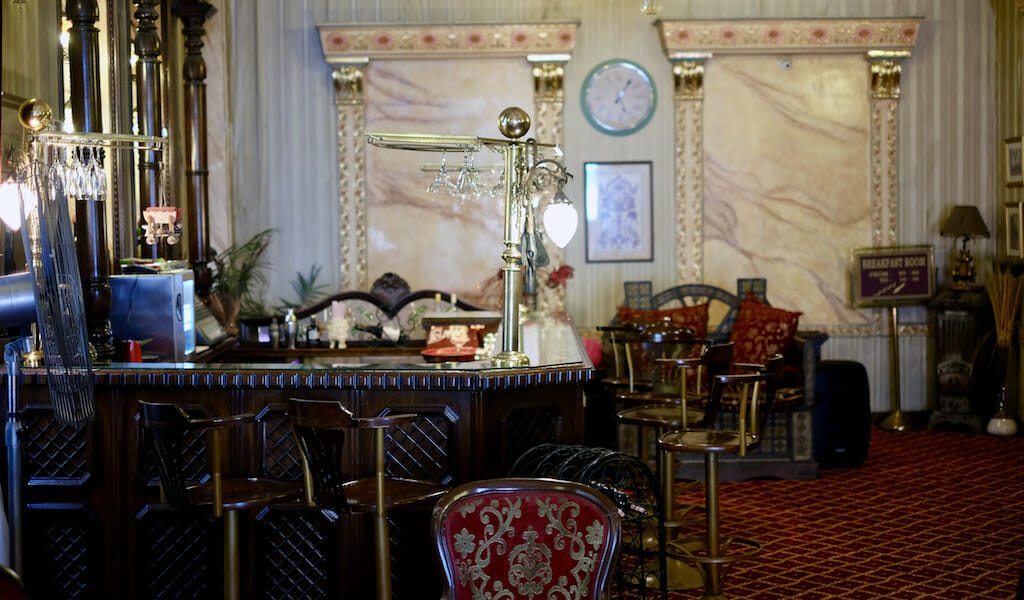 Behind Bars: Preserving Historic Beyoğlu at the Büyük Londra

Istanbul | By Paul Benjamin Osterlund
By Paul Benjamin Osterlund
IstanbulThe five-star Pera Palace is undoubtedly Istanbul’s most iconic hotel, with its palatial rooms and suites named after the legendary guests that stayed there, such as Agatha Christie, Alfred Hitchcock, Jacqueline Kennedy Onassis and Ernest Hemingway. Practically synonymous with the Istanbul of a century ago, it is the subject of a lovely tome, Midnight at… 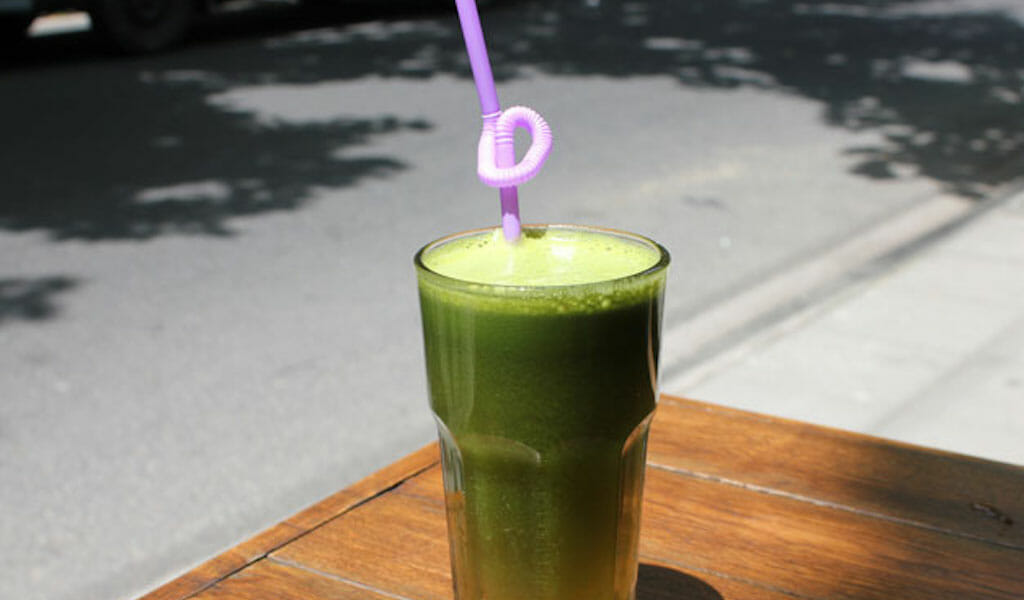 Shanghai | By Jamie Barys and Kyle Long
By Jamie Barys and Kyle Long
ShanghaiShanghai is famous for its swampy weather in August – it’s hot and humid in the lead up to Indian summer. Staying hydrated against the rising mercury is crucial if you’re out hunting a meal of street food, so here are the best sips to keep your yin and yang balanced this season. Julie’s Green…