In Istanbul, Making the Case for a Slow Fish Movement

Situated on a geographically blessed spot where the waters of the Black Sea and the Sea of Marmara meet, Istanbul has long been associated with fishing and, especially, the eating of fish. In culinary terms, after all, is there anything more iconic in Istanbul than eating a freshly grilled fish sandwich sold from one of the bobbing boats down by the Golden Horn?

The fact that most of the boats these days sell fish that arrive frozen from Norway should tell the rest of the story, though. Which is that, due to the effects of overfishing and pollution, several species of fish in the waters around Istanbul are today seriously endangered.

One of the groups that has been raising the alarm about this situation is Fikir Sahibi Damaklar (“Opinionated Palates”), the Slow Food movement’s Istanbul chapter, which has launched a series of initiatives designed to raise local awareness about the fate of some of the fish that have long been a staple of the Istanbul diet. On October 17, the group will hold its first “Slow Fish” conference, a four-day event that will bring together participants from some ten countries to take a regional look at the issue of sustainable fishing.

To find out more about the conference and the question of overfishing in the waters around Istanbul, we recently spoke via email with Defne Koryürek, a former Istanbul restaurateur who heads Fikir Sahibi Damaklar. Our conversation is below:

How did the idea for the Slow Fish conference come about?

It was Fikir Sahibi Damaklar that decided to do this event, and it is mainly because we’ve been campaigning for fish, particularly for our beloved lüfer, or bluefish, for the last four years.

When the members of the chapter read in a 2009 article that lüfer was about to go extinct, we were shocked by the fact! In the article an academician was claiming that if we continued to fish in the current fashion, we would exhaust all the lüfer stocks in less then five years – for 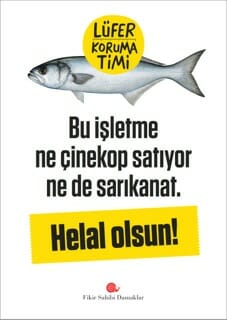 good. We wondered, of course, if this ever could be true. So we started to dig. The more we dug the more we learned. The more responsible we felt. And we realized that it is not only a matter of fishing, or size, but also a matter of community, of history, of culture that needs to be considered to save just a fish!

So in 2010 the campaign to save the lüfer started. We called it “İstanbul Lüfer’e Hasret Kalmasın,” which roughly means “Don’t let Istanbul lose the bluefish,” and it asked people not to cook, sell or consume bluefish that were smaller than 24 centimeters, which is the size at which the fish can start to reproduce. It was a very local campaign. Chefs signed on first, followed by the small-scale fishermen. And ever since we have been working hand-in-hand with academicians, small-scale fishermen, bureaucrats, consumer groups. It’s been four years now and there is still a very long way to go!

Istanbul is deeply associated with eating fish. Should that image be changed somehow?

The fish was in abundance up until recently. For example, when I was a child, we’d fish even with buckets! You’d drop one in the sea, say in November, and pull it back filled with fish! But the population of Istanbul was way smaller then. The city I was born in had a population of a million and a half! I’m no grandma, and the population is now claimed to have reached close to 20 million already! Istanbul is about to explode and local consumption is at its highest. No fish can survive such a city! So, yes, the image needs to change. But not only for the fish, but also for the forests, for the birds, for the people. We are all in this together.

Considering the problems facing the fishing industry around Istanbul and other parts of Turkey, do you see the government taking any steps to deal with the issue?

The Ministry of Agriculture has responded to our campaign very quickly, actually. They changed the regulations on lüfer, which were changed back in 2009 so that the fish could be caught at a heartbreaking 14 centimeters. Now the regulation is a better, but still not enough, 20 cm and the industrial fishing boats are now not allowed to fish in waters shallower than 24 meters, which limits how many of the juvenile bluefish they can catch. These are all very good as a start. But the destruction that has been done over a 40-year period cannot be mended in just four years! Determined supervisors are needed now to enforce these regulations.

What kinds of steps have non-governmental actors, including the fishing industry, been taking to solve the problem?

The fishing industry has been on the defensive, largely. It is the small-scale fishermen who back us, not the industrial-sized ones, at the moment. Will this change in the near future? I doubt that, unfortunately.

What do you recommend that visitors to Istanbul who want to eat fish responsibly should do? Are there any kinds of fish that are ecologically friendly?

Fish is still a wild food. Perhaps our very last wild food. We’re consuming Mother Earth. With each bite one needs to recognize that fact. One needs to be thankful and should act responsibly, and the first thing to do is to give fish a chance to reproduce. I would suggest for everyone – all the Istanbul locals and visitors to the city – to go and consult our size chart before buying or consuming fish. That’s rule number one. The bigger the fish, the better. Yes, it’s cheaper when small but the costs are hidden and higher than one can ever imagine. 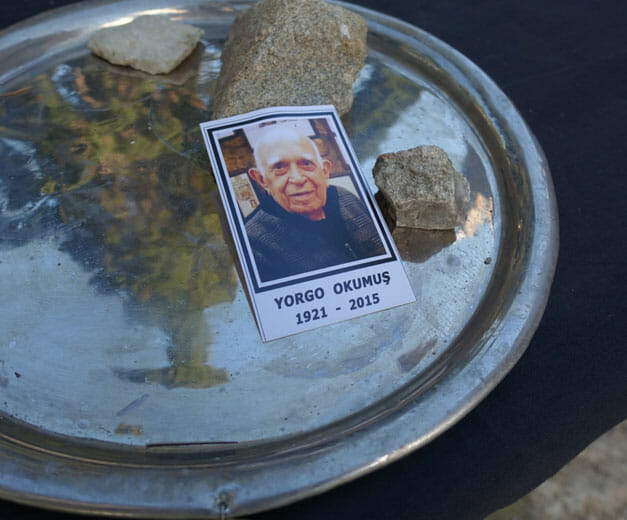 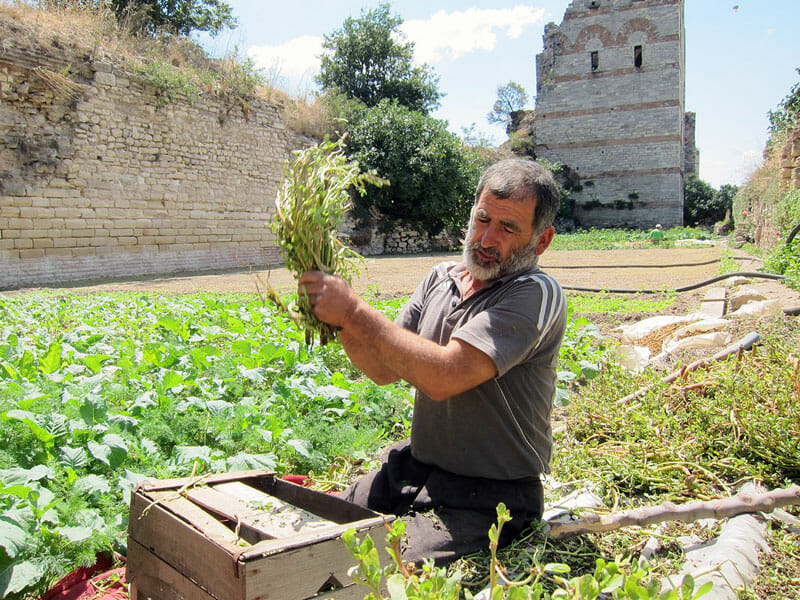 Istanbul | By Istanbul Eats
By Istanbul Eats
IstanbulForeigners living in Istanbul often say they love the place for its history, while some say it’s the people who make it special. We find life here mystifying for the unpredictable dialogue between the two, the way 15 million or so people reconcile their daily lives with this city’s rich past. To live inside this…