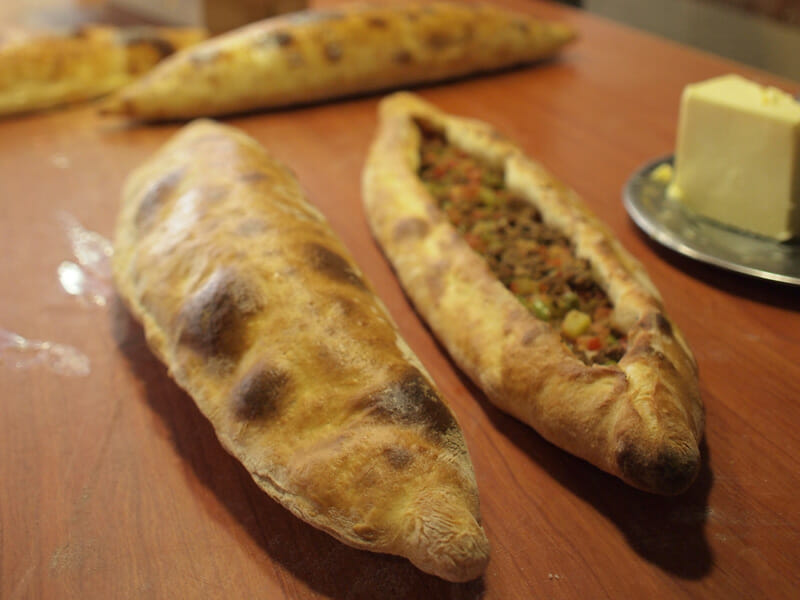 Editor’s note: We regret to report that Şimşek Pide Salonu has closed.

Turkey’s take on the pizza comes in two distinct varieties. There’s the Arabesque lahmacun, a round, ultra thin-crusted snack topped with a shmear of finely ground meat and seasoning. Then there’s pide, a more substantial canoe-shaped creation that’s a specialty of Turkey’s Black Sea region.

In Istanbul, pide joints are almost as common as blaring car horns, but Şimşek Pide Salonu has won our loyalty for its consistently outstanding made-to-order pide and convenient location. Passing the time at one of Şimşek’s outdoor tables on this quiet, sunny side street just off of Taksim Square is a pleasure in itself. Add a few pide and you’ve got a party.

To simplify the ordering process, Şimşek’s menu features a pide pictograph. As pictured, the item in question comes in three general forms: round like a pizza, the more traditional oblong, open-faced pide, and the calzone-like kapalı pide. The main components remain the same, regardless of the shape: dough plus toppings, assembled and then fired in a pizza oven.

At Şimşek we prefer the open-faced pide with a few toppings. The usta, or master, rolls the dough out long and thin and pinches up a ridge along the edges, forming the crust, which will bubble up and crackle around a chewier center, much like a good Italian pizza pie. Then comes a generous helping of blond-colored Black Sea kaşar cheese, a rich but mild cow’s cheese that hints at mozzarella. Depending on your preferences, the usta adds tomatoes, peppers, pastırma (slices of cured beef) or ground beef. If you so desire, he’ll even crack an egg over your pide before sliding it into the oven on a long wooden paddle.

A few minutes later the pide emerges with a nicely browned crust and soft, moist center. The final touch is a thorough glazing with melted butter. The Black Sea region is known for its top-tier dairy products, and the food from there certainly tries to prove that point. However, we suggest a pat of butter, rather than a dousing. Just tell the chef, “az tereyağı.” That said, we would agree with the usta at the oven, who explains, “It’s just not pide without butter.” 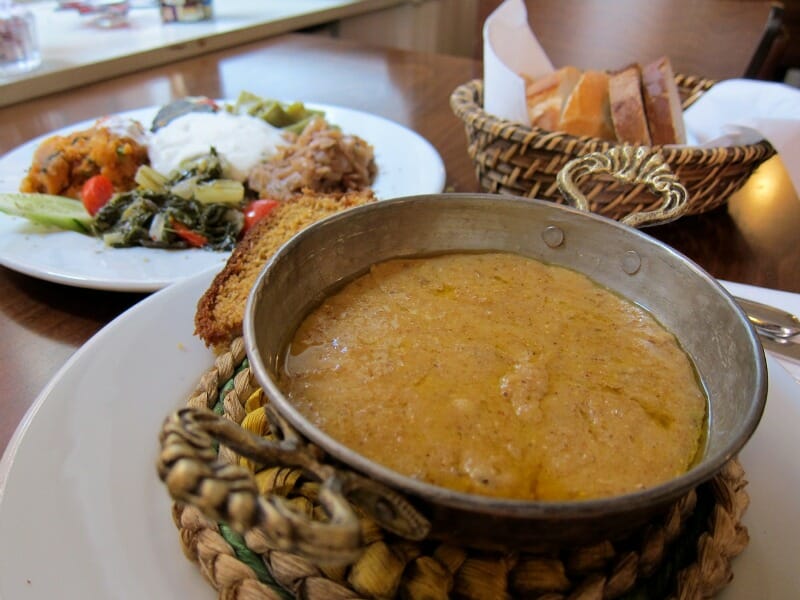 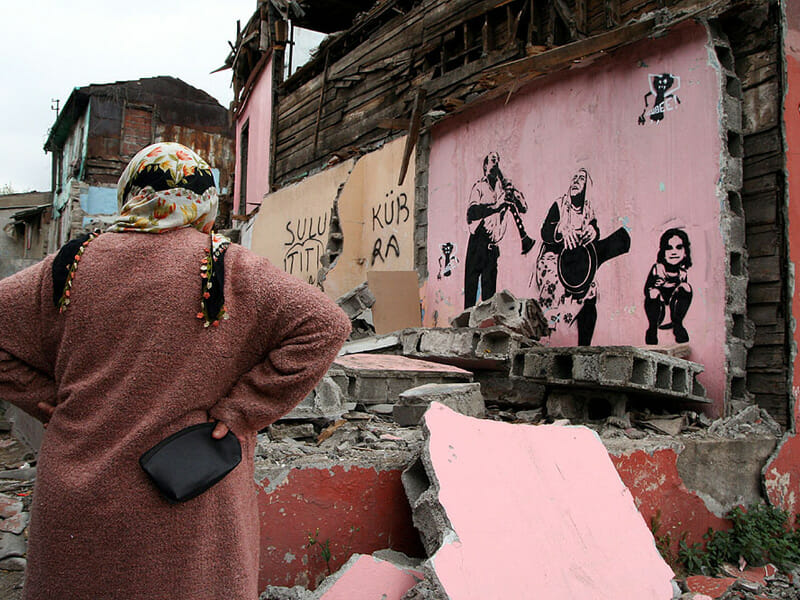 In Istanbul, Staying One Meal Ahead of the Wrecking Ball

Istanbul | By Istanbul Eats
By Istanbul Eats
IstanbulThere’s nothing like a debate about “urban renewal” – often touted by municipal governments as a way to repurpose run-down urban areas for gentrification – to work up a good appetite. In a city like Istanbul, a teeming metropolis of 15 million people working to build a modern life among ancient ruins, these discussions seem… 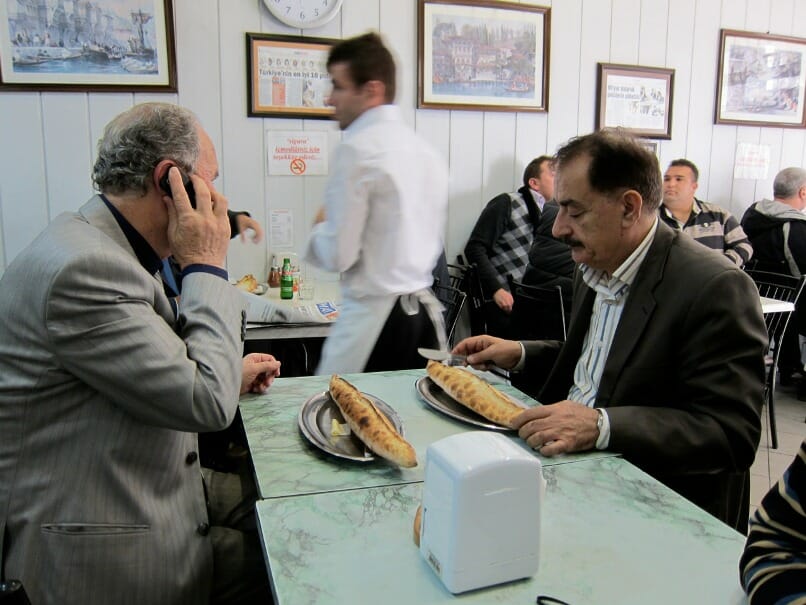 Istanbul | By Istanbul Eats
By Istanbul Eats
IstanbulEditor’s note: We regret to report that Fatih Karadeniz Pidecisi has closed. Inside Fatih Karadeniz Pidecisi, nothing could be heard over the crunch and crackle of fresh pide being torn open and chomped down on. Still, the man across the table from us spoke in a low, conspiratorial whisper: “There are some very well-known businessmen sitting…