Oaxaca, consistently ranked as one of the three poorest of Mexico’s 31 states, can also claim the title of having the country’s worst school system. Demonstrations and rallies by students, teachers and unions are a regular occurrence in Oaxaca City, causing frequent gridlock in the center of town.

The walls of the city in bold graffiti reflect the young voices of the social movement: sometimes, a mere angry scrawl, but more often, these are canvases that will move you to pause and consider these depictions of revolution, past and present. One such wall is on Calle Porfirio Diaz in the Centro Histórico. It’s the exterior of Espacio Zapata, the home of the Asamblea de Artistas Revolucionarios de Oaxaca (ASARO). Should you venture in, you would never expect that in the back, beyond the front gallery space displaying graphic prints – the darkly emotive, the transgressive and, often, macabre – there’s a friendly little eatery, Atila del Sur Comedor, commandeered by a young revolutionary of a culinary sort.

When we visited recently, soft-faced, ball-capped, tattooed and nose-ringed, the 25-year-old chef-proprietor, Eduardo Vera, at at one of the bright floral oilcloth-covered tables in his comedor (eatery) and related some of the details of his story. At age 12, the oldest boy in the family, he learned to cook under the influence of a battalion of strong women – three generations over him, and two sisters under, whose care he was responsible for. Alcohol, and in some cases, tragic and violent circumstances had taken many male figures from the family…father, uncles, grandfather.

His full name is Eduardo Vera Morales: “Morales,” he says with a serious, but smiling, look, “that is the name that is most important – the name of my mother – that’s why I know about cooking.”

As a young teenager, living in Santa Cruz Xoxocotlán just on the outskirts of Oaxaca City, Lalo – short for Eduardo – preferred cooking to hanging out in the streets with the neighborhood cholos (gang members). He’d entice his friends with good food – he says his mother believes he was trying to keep them out of trouble. 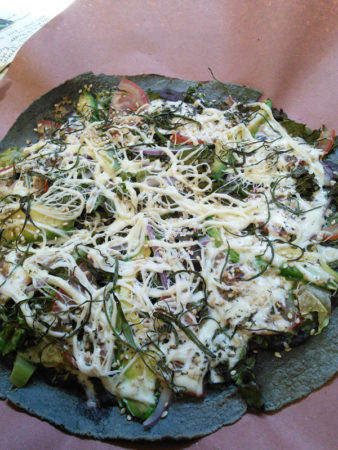 Since leaving school at the age of 15 and moving on his own into the city, his band and skateboarding community became his chosen family. Now, he’s making a “home” of his own in Atila del Sur Comedor.

The restaurant name refers directly to Emiliano Zapata, “the Attila of the South” –  the revolutionary leader who continues to inspire the modern revolution in Mexico. Entrepreneurial, just, stubborn and ruthless, Zapata fought for the rights of the peasant and for the land – a model ideal for Vera. At Atila Del Sur, graphic stickers representing bands and artists frame the entrance to the kitchen, while details like the floral table covers and vases of fresh flowers make it homey in a different way; grandma and her young hardcore punk granddaughter can agree that this is a good place to come together and share a meal.

Oaxaca’s flavors are in Vera’s blood, and a hunger for newness in his soul; it’s evident in the traditional items on the menu and, when the dish is set before you, in the fresh herb salads and modern touches that grace the plate.

When he hears Oaxaca referred to as the “Land of Seven Moles,” he bristles a bit, as most any cook here will. Mole describes a sauce that’s a combination of ingredients and a process offering infinite possibilities. He describes a favorite mole verde that his great-grandmother taught him, and begins rattling off the ingredients, starting with a list of quelites – edible leaves, herbs and vines that are plucked when young, as the vegetables develop. The leaves of radishes, beets and green beans, then the herbs: hierba santa, epazote, parsley… sunflower seeds, pepitas… the list goes on, as recipes for mole tend to. There are always two or three moles on his menu, and when he makes his own, he confidently plays with the proportions and ingredients. 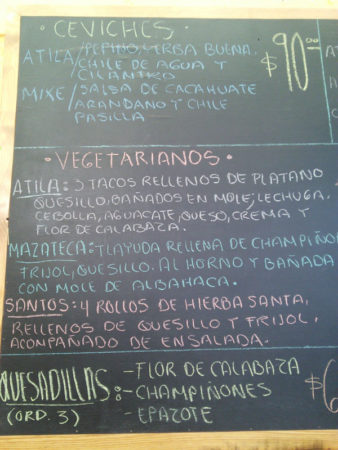 The defining herbs of Oaxaca are ever-present, too. A bright ceviche sparkles with the fresh, assertive flavor of chepiche, an herb with the citrus notes of cilantro and the pungency of mint. This herb also adds brightness to the tlayuda oaxaqueña, its crisp, cracker-like tortilla topped with a finely tangled blanket of quesillo (known as queso Oaxaca if you’re not actually in Oaxaca). A guest at a nearby table was enjoying a tender chicken breast stuffed with delicate golden flor de calabaza (squash blossom). The flavors are subtle – that’s their nature, and Vera treats them kindly.

The menu’s on a chalkboard and with the subheading “Vegetarianos” it’s immediately clear that vegetarians can rest easy here. Each day, a set-priced menú del dia is on offer: agua fresca, an entrada (starter), then a first and second course – with two options to choose from. The first course might be a soup, perhaps, with plenty of vegetables and fresh herbs, or perhaps enmoladas, rolled tortillas bathed in rich, savory mole. For the main course, fish in a mojo de ajo, a creamy garlic sauce, or perhaps the tlayuda of the day.

The action in the kitchen is there for all to view through the large pass-through window. Equipment is sparse, with little more than a basic stove and fridge, and Vera plates directly on the narrow counter of the pass-through. Always, one or two of his friends are on hand helping out – while Vera is uncompromising and takes serving food seriously, there’s a playful warmth among them and sometimes, things can get downright goofy. From the looks of things, this recipe works very well here.

Truly one of the most special things about this place is its pure authenticity. Eduardo’s not just there to make good food; he is a warm, generous host who nurtures and shares. He welcomes guests to come and learn with him, and listens to requests. He wants to ensure that all who sit at his table feel fully cared for and leave contented. The Morales women should be proud.

(Editor’s Note: Unfortunately, since first reporting this piece, we have learned that Eduardo has unexpectedly lost his lease. He is in the process of relocating the restaurant. To keep up with him and the new location, please check his Facebook page.) 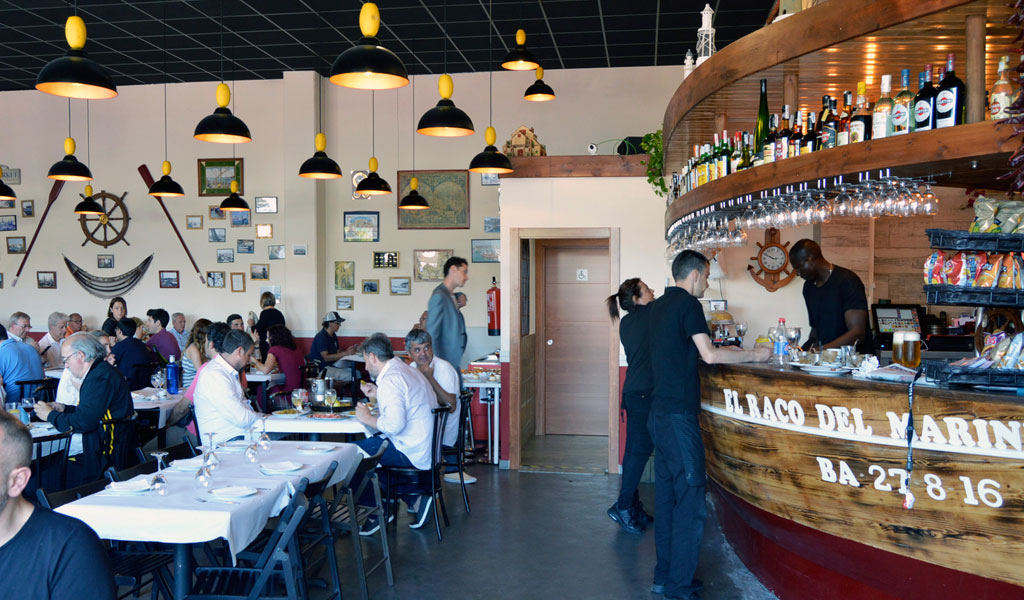 Barcelona | By Paula Mourenza
By Paula Mourenza
Barcelona -- There are certain places that experience the strange phenomenon where everything and nothing change at the same time. Take the example of El Racó del Mariner (The Sailor’s Corner), located for 40 years at the old fishermen’s dock in the port of La Barceloneta until it was forced to move when the area… 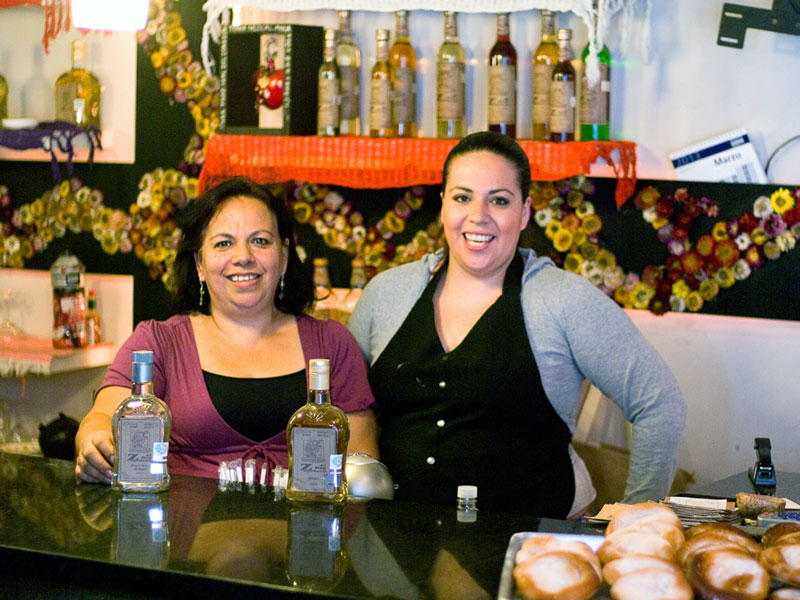 Mexico City | By Ben Herrera
By Ben Herrera
Mexico City -- Sometimes bureaucracy can be a blessing in disguise. Cruz del Milagro, an informal restaurant in the popular nightlife area of Zona Rosa, was originally intended to be a simple mezcalería, a place where owners Dora Jiménez and daughter Diana Herrera, the third and fourth generation in a line of mezcal producers, could share…

Mexico City | By J. Alejandro
By J. Alejandro
Mexico City -- Entering Central de Cacao, one might think it any other café in the hip neighborhood of Roma Sur. Sitting upon stools, customers hunch over their laptops, sipping from steaming mugs. A wide, beautiful geometric design hangs on the high wall behind the counter. To the left of the entryway, colorful products for sale…