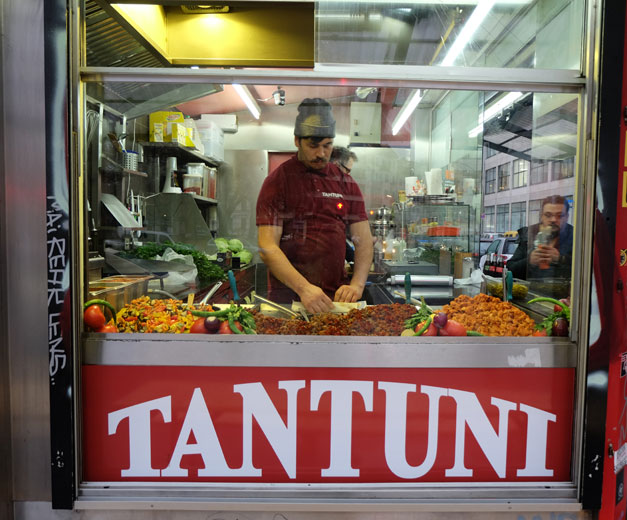 In Berlin, there is no shortage of meatless options, and vegetarians can even rejoice in a seitan-based döner kebab that is given the proper spit roast. What did surprise us is that the ubiquity of vegetarian diets in the city has greatly impacted one version of a meat-centric Turkish street food classic.

Toros Tantuni is a small stand that occupies a rather lonely corner of the central part of the Kreuzberg district, a place once inhabited by a ragtag mix of immigrants, squatters and activists, ignored by most Berliners who could afford to live elsewhere. In recent years, however, the area has been thoroughly spritzed with the essence of gentrification and has a flood of innumerable bars, coffee shops and boutiques.

Thankfully, there is still a strong Turkish presence in the area, and a number of excellent restaurants entice passersby with succulent scents that waft their way down the sidewalk. Among these is Toros, a brightly lit streetside shack run by İhsan Usta, who came to Berlin in the early 1970s as a toddler with his family from the Black Sea province of Rize, Turkey’s tea mecca.

İhsan Usta played amateur football for the once-successful Türkiyemspor Berlin until the 1990s and has worked in the restaurant business ever since, at one point running his own Italian restaurant. (He also appreciates a proper cappuccino, even taking a break after serving customers to bring us and his assistant a round, which was warmly welcomed on that particularly dour, drizzly Berlin fall afternoon.) 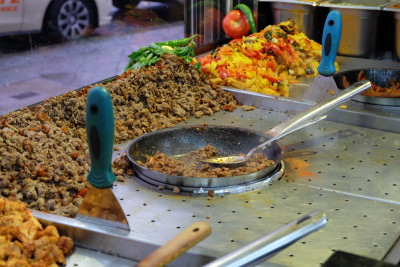 Nowadays he passes the time by grilling up excellent tantuni, a beloved street food staple originating from the Mediterranean province of Mersin that may be the closest thing Turkey has to Mexican food. Thinly chopped strips of beef (and, less traditionally, sometimes chicken) are precooked, then grilled quickly once more to order, dusted with spices and served in a thin slice of lavaş or half loaf of bread, topped with a simple blend of tomatoes, parsley and onions. (Adding wickedly spicy biber turşusu, little pickled green peppers, is an option that we always take.)

“We were making vegetarian versions with only salad, but people thought they were too cold, so we thought to add something hot,” İhsan Usta said.

The end result is much closer to a proper burrito than what is marketed as such in Berlin, or anywhere else on this side of the world, for that matter. İhsan Usta added grilled bell peppers, zucchini, potatoes and two spicy sauces to the mix, in order to provide vegetarians with a substantial offering sans meat. But we ordered ours with everything (trying both beef and chicken on separate visits) and feasted on the forearm-sized delicacy, carefully wrapped inside soft and fresh lavaş that resembled a homemade tortilla.

Despite the dreary weather conditions, a steady stream of customers came and went – Turkish, German and tourist alike – ordering vegetarian and meat versions, those closer to the Turkish classic, as well as the all-inclusive beast that we enjoyed. 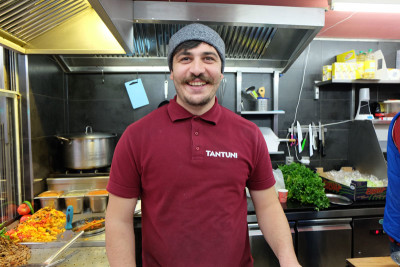 Both İhsan Usta and his assistant Onur, a recent transplant from Trabzon, Rize’s neighboring province, are down-to-earth and quick to strike up a conversation. Onur met his wife during a visit to Trabzon’s iconic Sumela Monastery, and she persuaded him to move back to Germany, where she grew up. “It’s not what I expected,” Onur said of Berlin forlornly, reminiscing of the emerald green mountain backdrop of his hometown.

“Tantuni found us,” Onur replied with a cheeky grin when we inquired as to how two men from the Black Sea ended up making a Mediterranean specialty. He added that people with origins from various parts of Turkey can be found making tantuni in Berlin. İhsan Usta chimed in with an interesting tidbit: “Did you know that 95 percent of the pizzerias in Berlin are not run by Italians?”

We were not aware of this and curiously asked İhsan Usta who runs the pizza game in Berlin. “Turks, Albanians and Arabs,” he answered.

Toros is worth a trip or two for the pleasant conversation and mystifying, coincidental combination of Turkish, German and Mexican street food traditions. Vegetarians need not shy away. 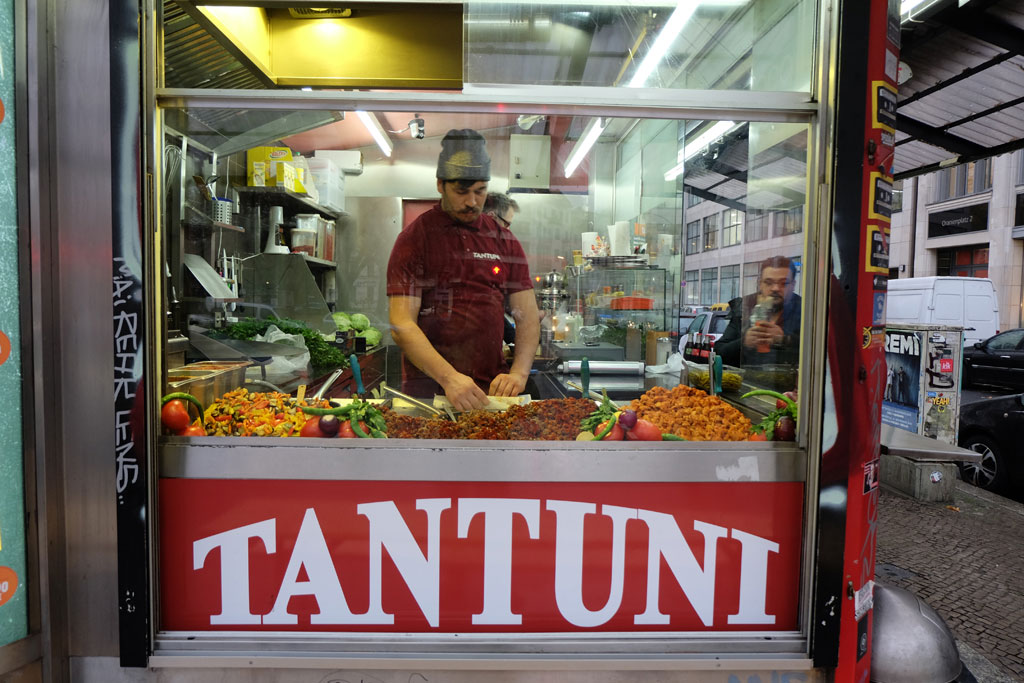 Berlin | By Paul Benjamin Osterlund
By Paul Benjamin Osterlund
Berlin -- (Editor's Note: In honor of the immigrants and refugees who have made their new home a better place for us all, this week we are running some of our favorite archived stories about those who have left a culinary mark on their adopted land.) In Berlin, there is no shortage of meatless options, and vegetarians can even rejoice… 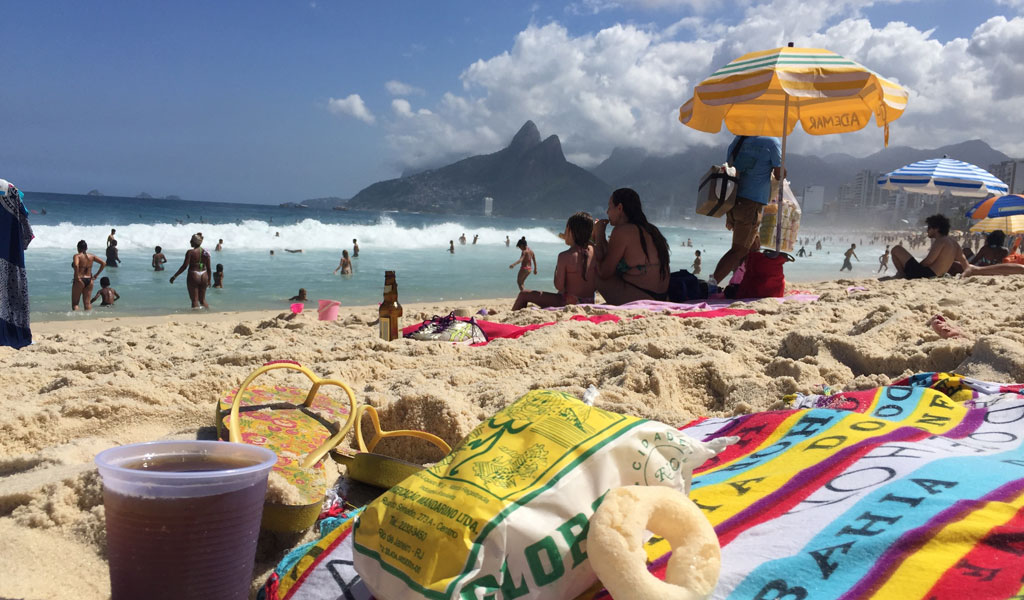 Rio | By Danielle Renwick
By Danielle Renwick
Rio -- Asking cariocas if they remember their first Biscoito Globo, the ubiquitous, crunchy beach snack, is like asking anyone who teethed in the United States if they remember trying Cheerios for the first time. Globo biscuits and sweet iced mate are to Rio's beaches what hot dogs and beer are to American baseball stadiums. Calls…