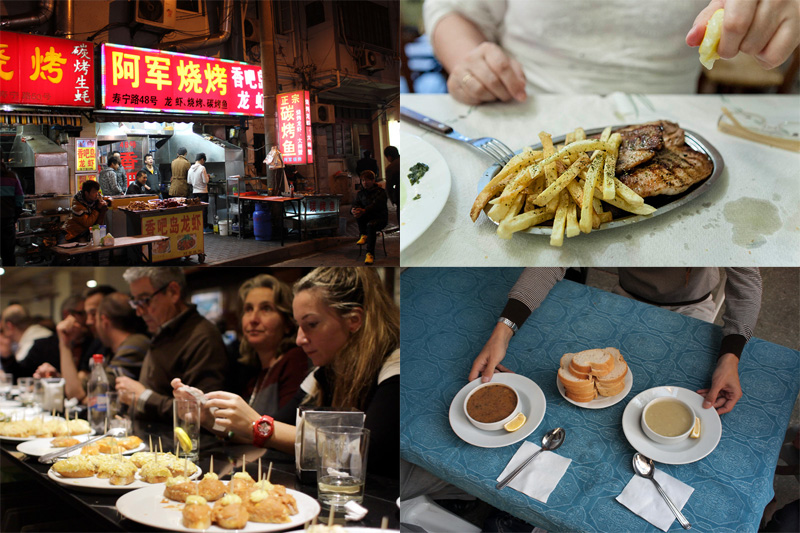 Let’s be honest: for most of us, city travel is really about eating. Sure, we make plans to visit the local monuments and important museums, but those are merely placeholders. The day is really designed around where to eat breakfast, lunch and dinner (as well as where to have a drink or dessert at some point), with some other attractions thrown in along the way. We’ll make some effort to go see a certain historical site, but we’ll leave no stone unturned when it comes to tracking down a hidden bakery or out-of-the-way restaurant we’ve been told about.

But this kind of travel is not just about mindless gluttony. In an age of globalization, mass migration and ever faster, cheaper and easier modes of transport, cities are now the most significant and accessible repositories of authentic local culture, particularly in culinary terms. Eating locally and authentically has become the easiest and most satisfying way to get a sense of a place’s real culture and traditions. It also happens to be the tastiest way to do this.

When it comes to exploring a city’s authentic dining scene, while the stomach should ideally serve as the best compass, the truth of the matter is that it’s hard to find your way without good local advice. That’s where Culinary Backstreets comes in. Partnering up with some of the most knowledgeable and passionate food writers and bloggers around the globe, Culinary Backstreets plans to serve as a hotline for the hungry traveler, bedside reading for the foodie voyeur, and a heavily bookmarked index for those who want to dive into the culinary backstreets featured on our pages. With dispatches from Athens, Barcelona, Istanbul, Mexico City, Shanghai and, as we grow, from other cities around the world, Culinary Backstreets will help you explore these gastro-capitals and get off these cities’ eaten path. In order to do this, we will also be offering (with selected partners) guided culinary walks in some of the cities we cover, starting with Istanbul and Shanghai.

Our purpose is twofold. Yes, we want to get you to some good places to eat. But we also want to make sure that some of these spots and the artisans making food there – unsung heroes who are sometimes forgotten or taken for granted at home – find a new audience and get the recognition and support they deserve. They are holding back the tide of globalized sameness, which is not easy work – even if it’s done unknowingly. But we believe that every meal counts and, with the help of our readers, they will add up.

As we grow, we hope to create a community of readers and writers who follow their stomachs to the next destination. Starting today, we invite you to join us as we explore the culinary backstreets. 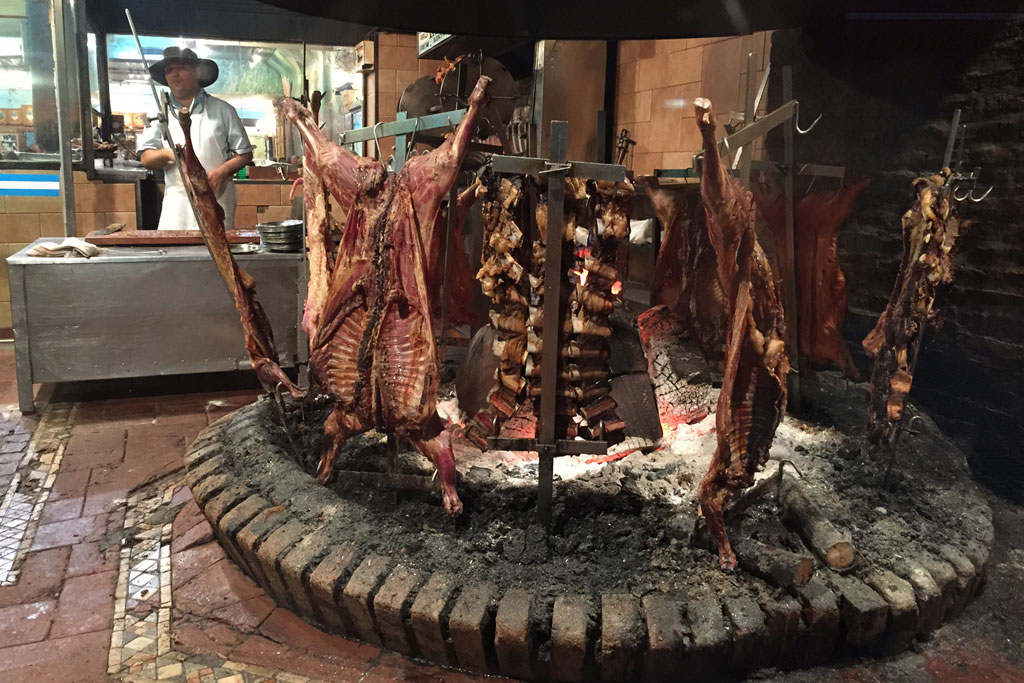 CB on the Road: Along South America's Asado Trail

Elsewhere | By Paula Mourenza
By Paula Mourenza
Elsewhere In Argentina and Uruguay, asado – beef cooked over a parrilla, or open pit grill – is a fundamental part of local culture. On weekends, Sundays especially, grill smoke can be seen rising from backyards, rooftops and even small balconies, as well as, of course, from restaurant ventilators. Out of town, there are…