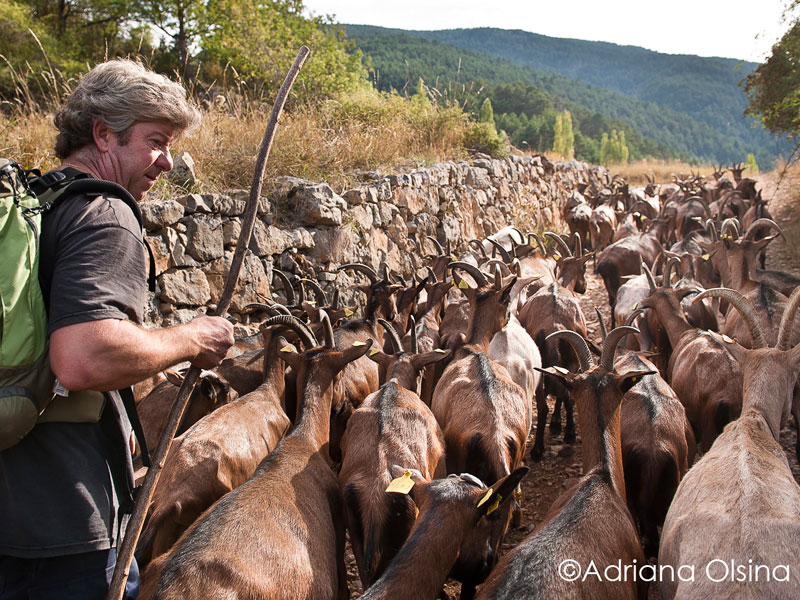 In the first part of our series on Catalan cheeses, we wrote about very old traditions – going as far back as the Middle Ages and perhaps even further – including the practice of transhumance by shepherds in the Pyrenees. As cheese expert Eva Vila explained to us, up until the 1980s, many artisanal cheeses were hard to come by; they could only be found in the small, often remote villages or farms where they were made.

The 1950s to 1970s saw a great quantity of people moving from the country to the city to find work, Vila told us. After 1975 – that is, post-Franco – Spanish hippies created communes on those abandoned farms and small villages out of the desire to reconnect with nature, cultivate gardens and raise animals with what little knowledge they had (and with mixed results).

Cheesemaking was one of the easiest activities these inexperienced back-to-the-land types could undertake. They used milk from their own animals or from those of other cows and flocks in the area. Some lacked electricity or running water or the proper equipment but were still able to make simple and quick mató, a light, fresh cheese with ancient origins. They could make and sell mató in the same day without any need for refrigeration. With their earnings, they improved infrastructure and production, learned more and made new cheeses.

That’s essentially the story behind Clúa, a small, abandoned village in the rocky Montsec mountains, which was reborn in 1979 thanks to a few urban families who started a commune there. It was tough going, especially for these families without resources or experience. The only animals that seemed to survive were the goats, and these would-be farmers realized that their predecessors had, in fact, raised goats and made cheese from their milk. Today, Formatgeria de Clúa is a dairy cooperative that produces on a small scale many different varieties of Montsec cheese, which are sold all over Catalonia and are easy to find in specialized shops in Barcelona. Most famous among them is the Cendrat del Montsec, a soft, white cheese made from raw, whole goat’s milk, which is aged 60 to 90 days. It has an elastic, creamy texture that melts easily, as well as a soft acidity, and is ripened with ash to produce a bloomy rind. The cooperative also makes the excellent Suau de Clúa, aged for the same amount of time but with an uncoated, clean rind.

In the 1980s, there was another group of young city transplants who started a new life in the countryside and also researched old cheesemaking traditions, with the support of the Catalan government. They wanted to find a use for the surplus goat’s milk in the area. Two of those pioneers, Enric Canut and Ramón Badía, discovered an amazing old cheese that was made in the volcanic area of La Garrotxa by a few farmers using simple methods: They squeezed the curds with their hands in a clay pot. Canut and Badía were captivated by this cheese and set out to make it using modern techniques. The result is a semi-firm goat’s milk cheese that has a soft, lightly acidic flavor and a gray mold (Penicillium glaucum) on its surface that grows naturally due to the humid conditions of that area. Known mainly as Garrotxa or also pell florida (“bloomy rind”), it has become its own style of cheese and has been shared by its creators in courses at their farm-school. It is now produced all over Catalonia in dozens of formatgeries and is exported internationally. There are many good craft versions of Garrotxa, not to mention more industrial kinds, but Ramón Ubach at Formatgeria Ubach in Vic makes a notable one called Garrotxa Primigenio, using the old recipe, and gives the cheese plenty of time to develop and grow its bloomy rind.

In Borredá, fellow 1980s pioneer Toni Chueca produces the wonderful cheese Bauma. Chueca and some friends started with a commune, which they turned into a business partnership. Most of their cheeses are made from goat’s milk, such as the much-awarded Bauma Madurat de Pell Florida. But recently, Chueca worked with affineur Eva Vila to create something unique for the Spanish market, and they came up with Bauma Pasta Láctica, which is made like a creamy goat’s milk cheese but with sheep’s milk – a highly unusual type of cheese that is hard to find not only in Spain but also in France. It has a compact paste and is softer and more delicate in flavor. 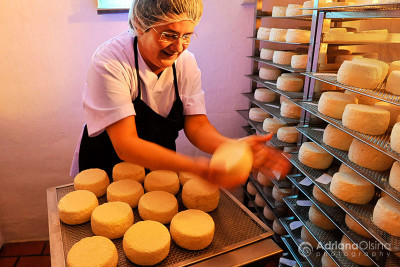 Eulàlia Torras is the Catalan neo-rural poster child. In 1976, she left the Gràcia neighborhood of Barcelona for the Pyrenees to start a herd of goats and to learn how to make cheese in particularly tough conditions. After much hard work and many changes – which also saw the complete transformation of the formerly abandoned village of Ossera – she began making in 1981 Serrat Gros, using raw goat’s milk from her farm, Cal Codina. Now one of Catalonia’s most highly prized cheeses, Serrat Gros (named for the goats’ favorite mountain for grazing) is delicate and delicious, with a soft paste. It’s pressed by hand and allowed to age for eight weeks. Torras retired in 2006 and sold the cheese farm to Raül Alcaraz and Merce Lagrava, a couple of professionals from Barcelona who had tired of the city and its hectic pace. They’re part of a new generation of cheesemakers from the city – well educated, with an innovative spirit, and also the perfect segue into the next chapter of our series on Catalan cheese: the 21st century! 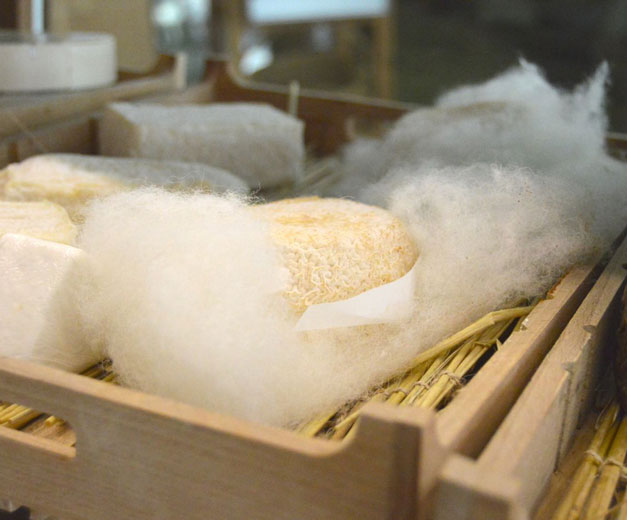 Barcelona | By Paula Mourenza
By Paula Mourenza
BarcelonaCheese has a very long, storied past in Catalonia, as we wrote in the previous parts of this series. But what do the present and future look like? Cheesemaking in the 21st century has flourished dramatically, thanks to increasing interest in and appreciation of culinary traditions and trends worldwide, not to mention the financial crisis… 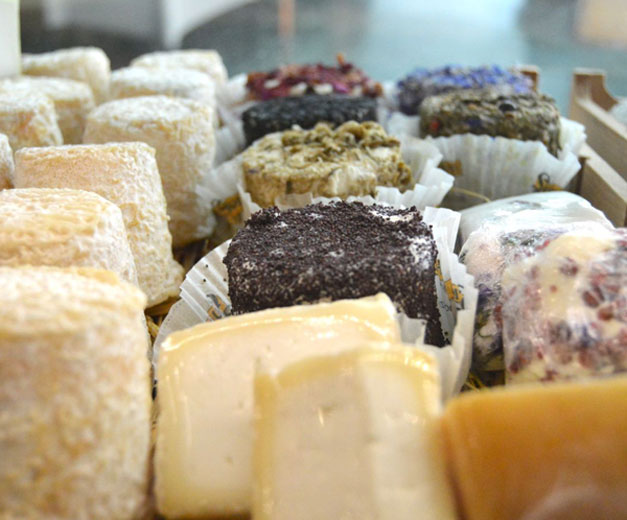 Barcelona | By Paula Mourenza
By Paula Mourenza
BarcelonaMany gastronauts come to Barcelona in search of tapas or cutting-edge cooking, but rarely cheese. We think that should change. Catalonia, after all, produces the greatest variety of artisan cheeses of all the regions in Spain, with more than 150 kinds at last count, many of them made by small producers or in milk cooperatives…

Elsewhere | By Tobias Mueller
By Tobias Mueller
Elsewhere What the taco stand is to Mexico City or the wok-wielding hawker to Bangkok, the Würstelstand is to Vienna. At any time of day or night, people line up to snack on a quick sausage, with a pickle, mustard and a can of beer. There is an astonishing variety of sausages to choose…
Catalan Cheese