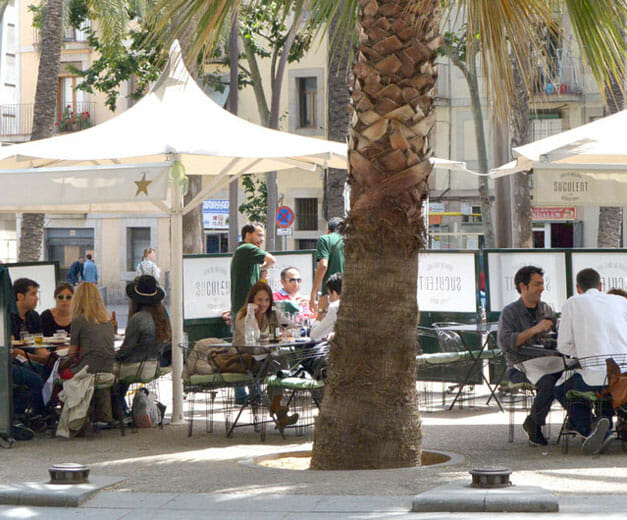 Editor’s note: In the latest installment of our recurring feature First Stop, we asked chef Massimiliano Alajmo where he heads first for food when he arrives in Barcelona. Alajmo is the chef of Le Calandre, in Padua, Italy, which received its third Michelin star in 2002, making Alajmo, at 28, the youngest chef to ever achieve that distinction.

If I am able to catch an early morning flight, I head straight to the Boquería market. In order to find a bar seat at any of the better-known stalls, you need to arrive before 10:30 a.m., 11 a.m. tops.

However, I generally don’t make it into the city before noon, and then head straight to Rambla del Raval (walking distance from Boquería) for lunch at Suculent, a truly delightful tavern recommended to me by Bob Noto, a food photographer with an extraordinary palate. I start with an order of the patatas bravas and maybe grilled oysters with pancetta iberica, followed by a number of plates to share, including the not-to-be-missed baby cuttlefish with grilled foie or skate in brown butter. The restaurant is tiny, so be sure to book ahead. 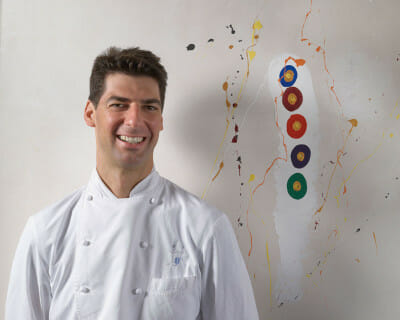 Then I pay a visit to Pasteleria Escribà. These guys are cake-decorating masters and were crazy enough to make a 90-pound caramel meringue bulldog for the closing party of elBulli (a model of which is on display in the store).

And if I arrive in the late afternoon or early evening, my first stop is Adrià-land. I start at Bottega 1900 for a vermouth or two, followed by dinner at Pakta – Albert Adrià’s play on Peruvian-Japanese is worth a trip to Barcelona alone. Order the tasting menu and let the extremely knowledgeable and friendly staff be your guide for the evening. Then dessert at Tickets, and to finish the night, I head around the corner for a nightcap at 41 grados. After dinner service, the restaurant turns into a cocktail bar, and the bartenders are some of the best in the city, if not the world. 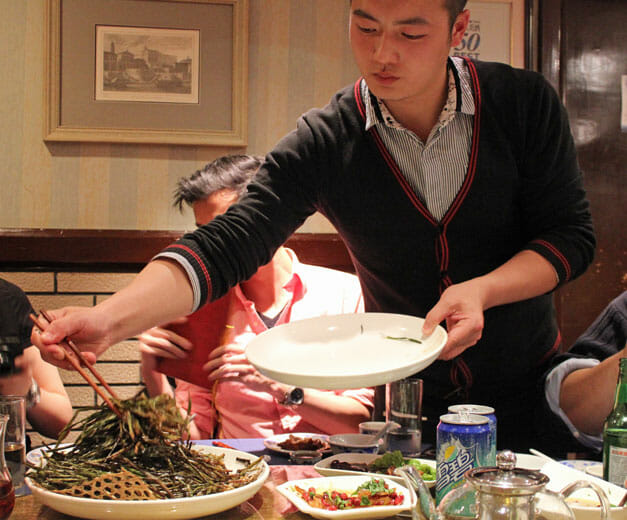 Shanghai | By Winnie Yang
By Winnie Yang
ShanghaiEditor’s note: For the latest installment in our series First Stop, we asked Fuchsia Dunlop where she stops first for food when she heads to Shanghai. Dunlop is a cook and food writer specializing in Chinese cuisine. She is the author of four books, including, most recently, Every Grain of Rice: Simple Chinese Home Cooking. She has… 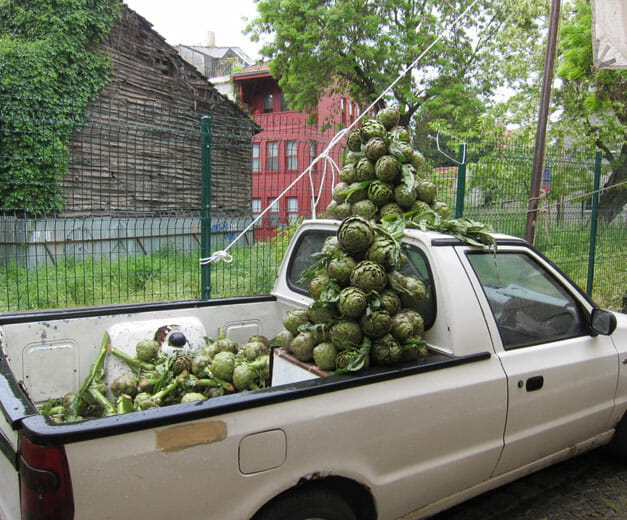 Istanbul | By Winnie Yang
By Winnie Yang
IstanbulEditor’s note: In the latest installment of our recurring feature, First Stop, we asked Charles King where he stops first for food when he heads to Istanbul. King is professor of international affairs and government at Georgetown University and the author of Midnight at the Pera Palace: The Birth of Modern Istanbul and other books.… 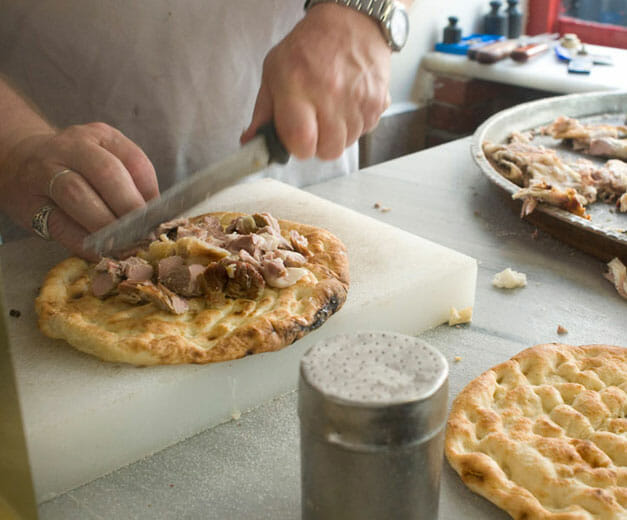 Istanbul | By Winnie Yang
By Winnie Yang
IstanbulEditor's note: In the latest installment of our recurring feature, First Stop, we asked chef and artist Dilara Erbay where she stops first for food when she heads to Istanbul. Erbay interprets traditional Turkish flavors from a global perspective through her company, Abracadabra. Her children's cookbook, published in Turkey, explores alternative, healthy ways for children to…